HALIFAX, Nova Scotia – The 2022 Youth & Masters Pan American Championships opened today with qualification for archers representing 10 countries across the Americas. A strong U.S. team is poised for success this week after an impressive showing in the ranking round.

All the U.S. recurve 50+ teams are seeded first as Mark Williams, Stephen Vickers and Gary Yamaguchi qualified first, third and fourth respectively for the men and Susan Bock, Janis Grellner and Marie Fein also went one, three and four for the women. 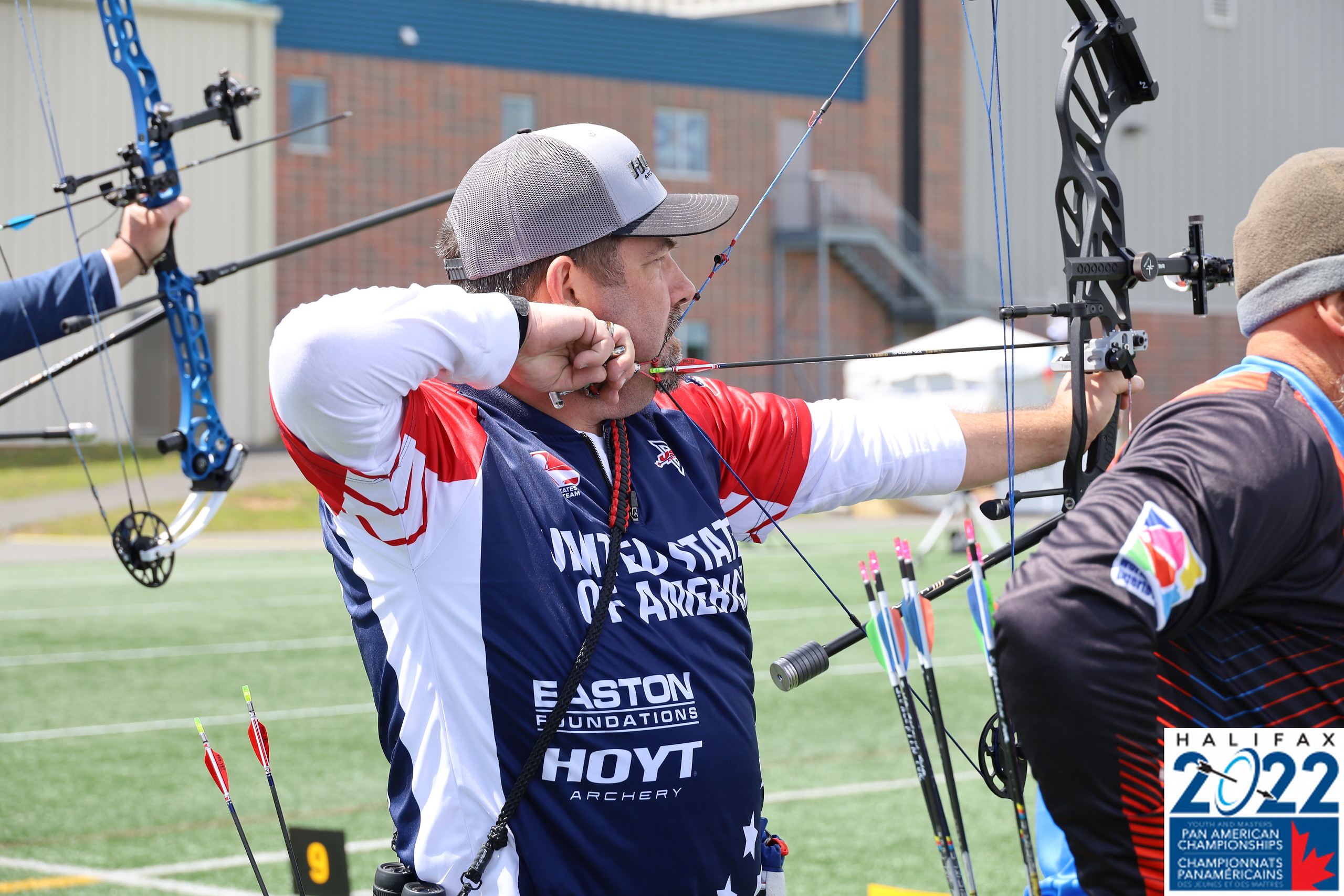 Chuck Cooley and Christopher Deston locked up the top two seeds for the 50+ compound men while Steve Hilger was sixth and Alanna Dunaway, Tamara Fontenot and Bernadette Diab were first, third and sixth for the women. The men’s, women’s and mixed teams will all bring home gold as the only entrants in those categories.

In the highly contentious youth recurve events, Resident Athlete Landon Richardson seeded second for the U21 men and collegiate archer from Texas A&M University Stefan Savin is seventh. Ewan An is sitting sixth for the U18 men. Richardson and An are freshly returned from the ISF Gymnasiade in France earlier this month, quickly racking up valuable international competition experience.

Resident athlete Ashley Kim ranked fourth for the recurve U21 women, just ahead of Eunice H. Choi, who is fifth; Alyssa Artz and Texas A&M’s Abigail Rutledge are seeded ninth and 12th respectively. Ashkara Vijay is second for the U18 women and Elizabeth Workman, Whitney Williams and Madison Liao ranked fifth, seventh and 11th.

For the recurve women’s team events, USA is seeded first for the U18 bracket and second for the U21. USA is also third for both the U21 and U18 mixed team competitions behind Mexico and Brazil.

Isabella Otter took the compound U21 women’s pole, nearly 30 points clear the rest of the field, while teammates Hatley Hetletved and Isabelle Burley are seeded third and seventh respectively; LeeAna Burley, Savannah O’Donohue and Saloni Saraswat are ranked third, fourth and sixth for the U18 women.

Tyler Heritage posted the second highest score for the compound U21 men, while teammates Isaac Sullivan and Jaydon Soderlund are sixth and eighth. William Fowler and Kyler Grissom, who also recently competed at the Gymansiade, are third and ninth for the U18 men and Michael Kolb is seeded eighth.

USA’s compound men’s and women’s youth teams are all seeded first over host nation teams from Canada, with the exception of the U18 women, who are the only team in that event.

USA swept the barebow competition; for the U21 women, Anastacia Godman, Raeleigh McKellar and Lauren Heinzelman participated in today’s events and Erin Hyeob led the U18 women, qualifying first over Abigail Sparpaglione, world record holder Maggie Brensinger and Elizabeth Lykins. AJ Turnell represented the U21 men and Max Rossiter, Nicholas Heinzelman and Luca Tatro will make up the U18 men’s podium. 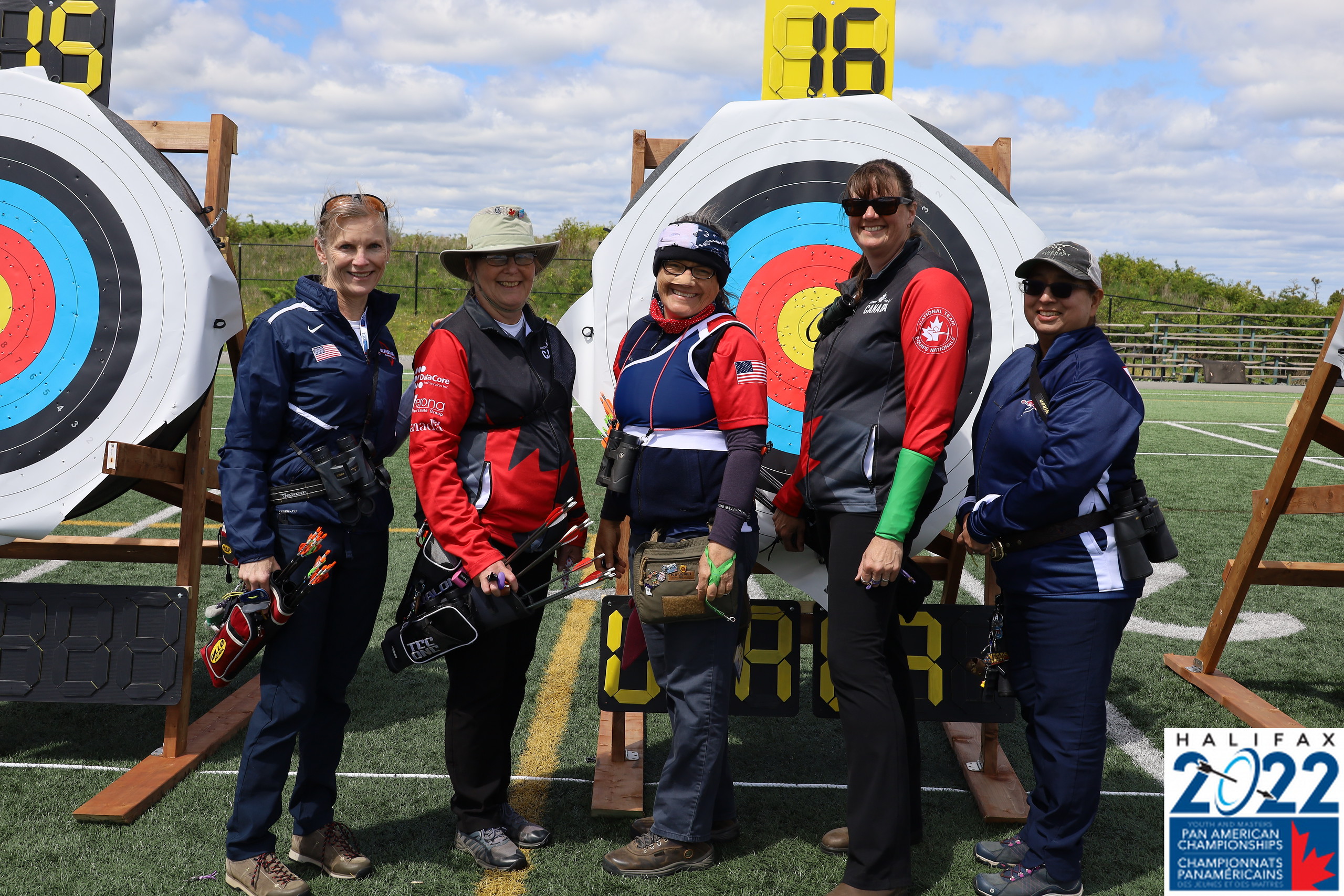 Jenifer Stoner led Darlene Kossler and Ruth Delzell to lock up the top three barebow 50+ women’s seeds along with Rick Stonebraker, Daniel Weiss and David Nesbitt on the men’s field.

Competition continues tomorrow with individual eliminations through the bronze finals. Team matches will be contested on Saturday and Sunday will host the individual gold finals. Complete results from today’s events are available on Ianseo.