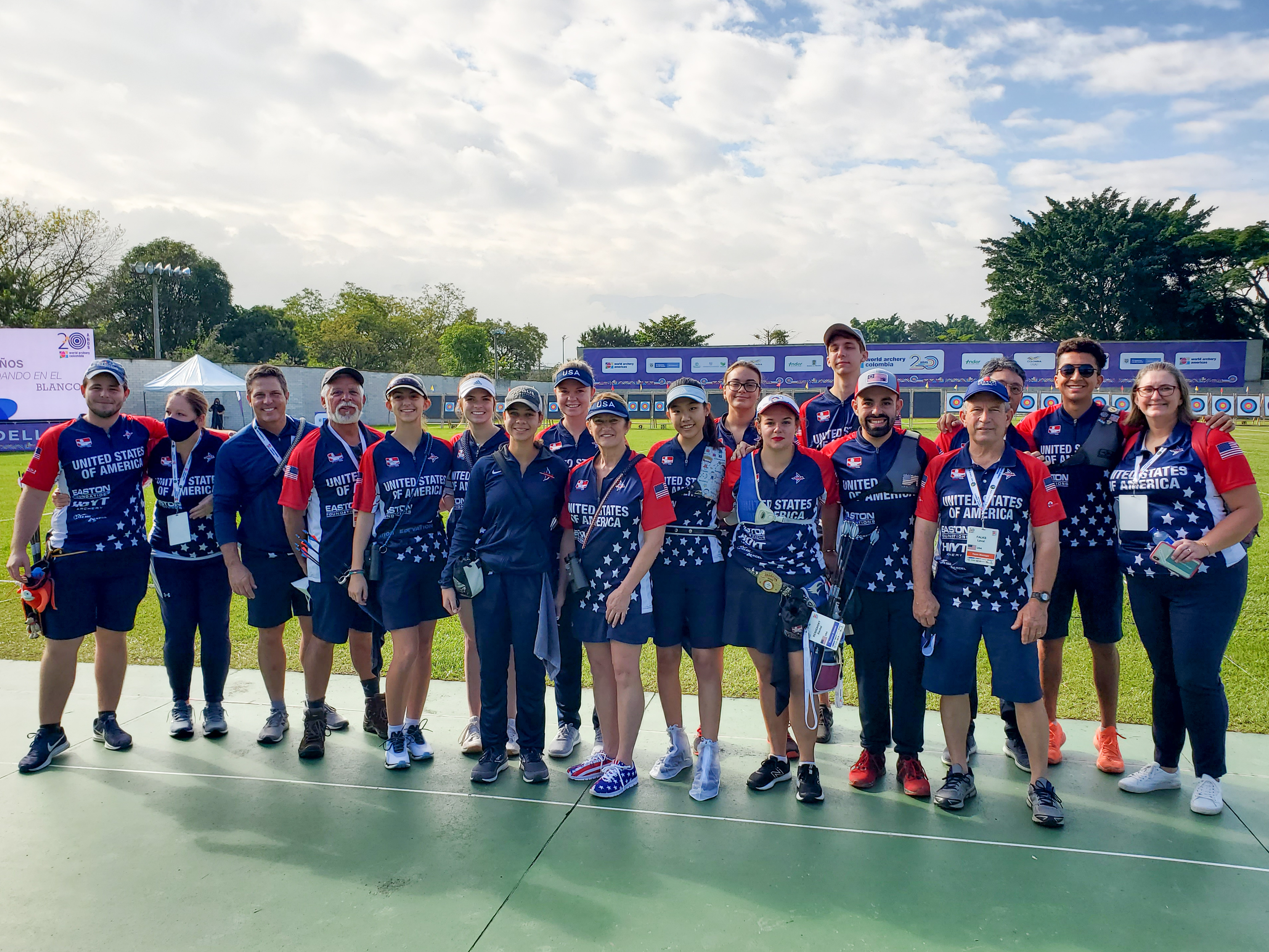 MEDELLIN, Colombia – The Medellin World Ranking Event, which is also the last chance qualifier for the 2022 World Games, hosted team rounds, including some fun, unofficial rounds and a special junior competition today.

Top recurve qualifiers Gabriel Anderson and Michelle Ahn qualified 2nd behind host nation archers from Colombia. They earned a spot in the final and finished with silver in a 6-0 decision, coming up just short in the final set. 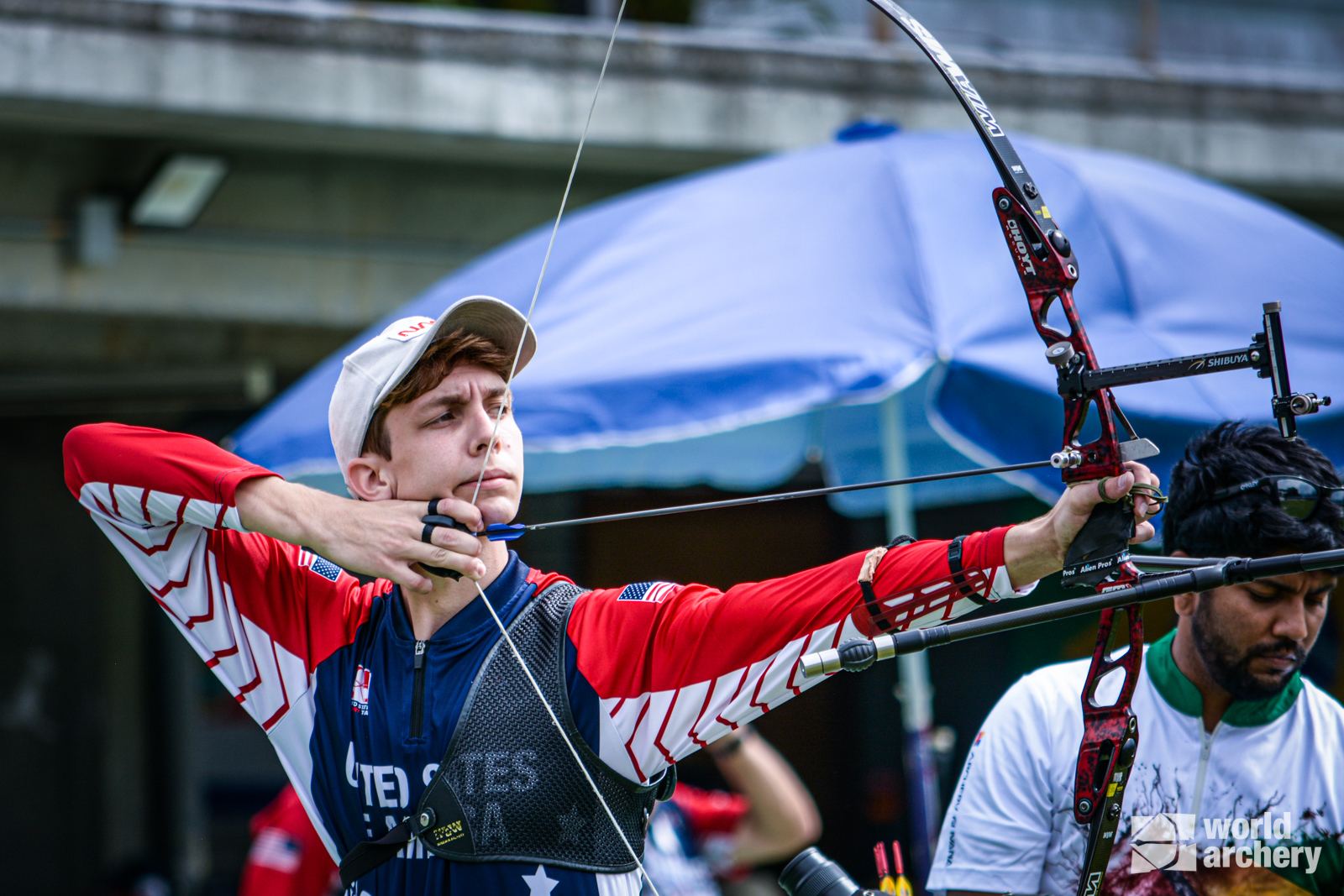 And, what an experience it was! William Fowler and Claire Garrison came in to the compound mixed team event as the 2nd seed and easily breezed through a 145-113 quarterfinal against Panama. El Salvador showed them up 155-150 in the semifinals, but after a 152-152 draw with Puerto Rico for bronze, their shoot off win landed them on the podium in 3rd.

In the compound men’s team event, Jose Drapeau, Fowler and Rodger Garrison qualified 4th and finished 4th in a 213-236 decision against Colombia. While there were not enough teams for official team rounds in the other competition categories, Medellin allowed a fun mixed-nation team event. USA’s recurve women won gold and compound women won bronze in these shoots.

Competition resumed in the afternoon with a special bracket just for juniors. In the semifinals, USA archers had to shoot head to head in three of four divisions – always a bittersweet situation. 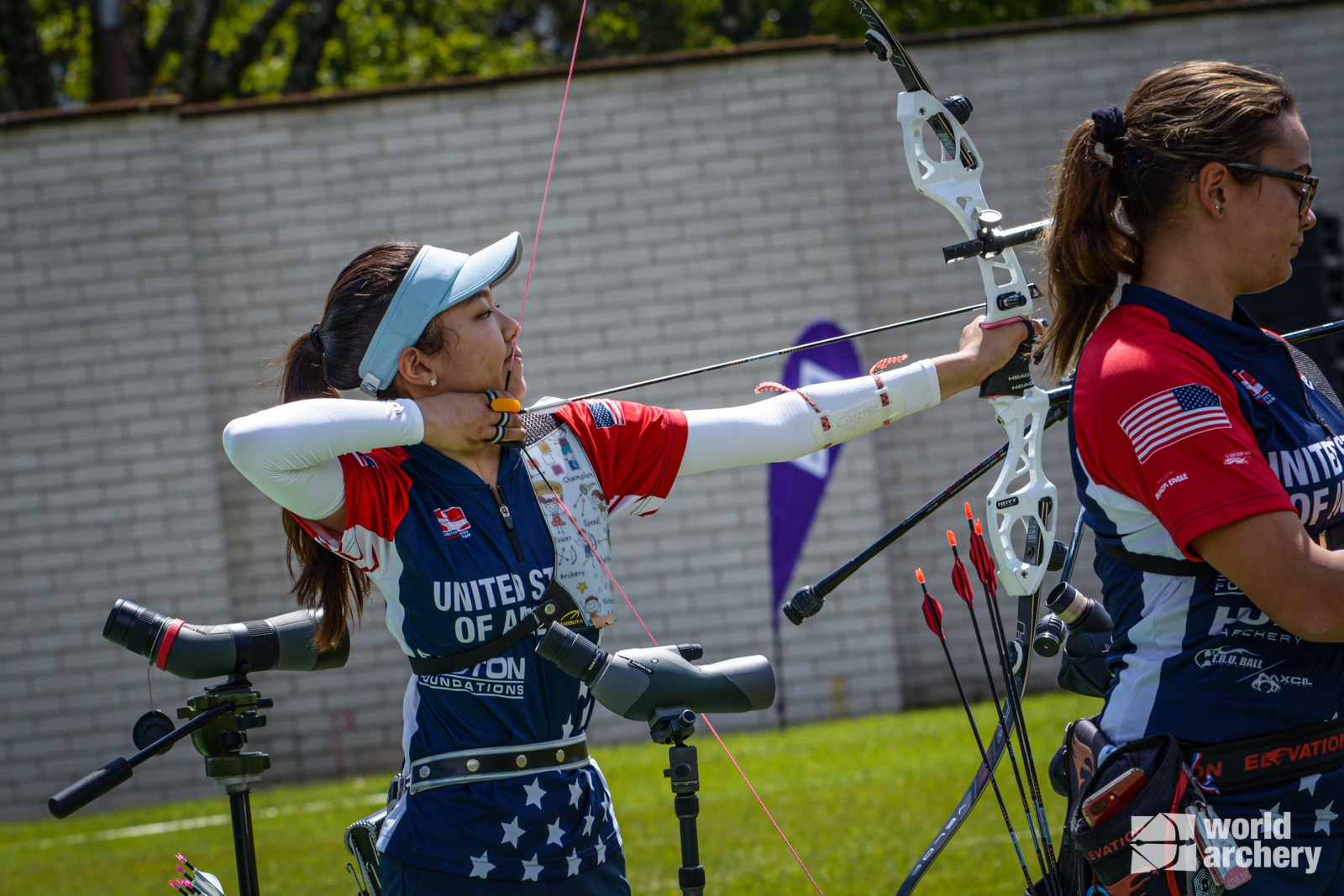 For the recurve archers, Josef Scarboro edged out Anderson 7-3 before Scarboro finished with silver in a 6-0 final against Puerto Rico’s Munoz. Anderson succeeded in winning the bronze 6-2. Ahn outscored Olivia Martin in a close 6-4 semifinal before finishing with silver 7-3 to Colombia’s Zuluaga Robles.

Proctor beat out Garrison 143-141 in the compound junior women’s semis before posting a 140 against Colombia’s Suarez to finish with silver. Garrison and Martin both finished 4th.