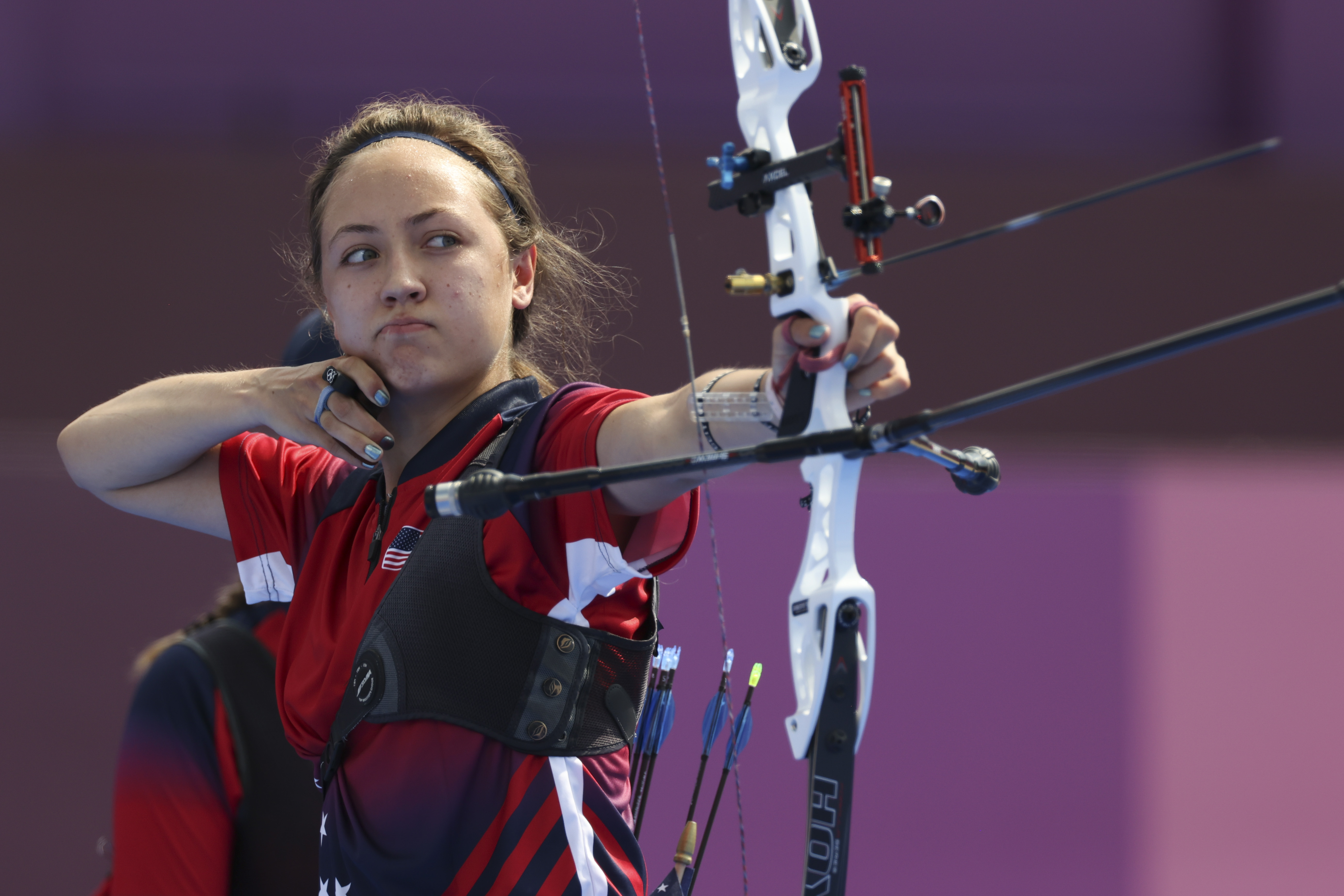 TOKYO, Japan – Team USA Archery had an exceptional show in qualification to start the Tokyo 2020 Games, with strong potential to medal in all five events, but as matches began, those hopes were quickly cut short.

The mixed team event made its debut on the Olympic program yesterday, and seeded 2nd, the U.S. lost in a shoot off in a shocking first round upset by No. 15 Indonesia. In today’s women’s team event, the No. 3 seed USA team had a bye into the quarterfinals, where they were quickly knocked out in three straight sets by No. 6, Russia.

Having tossed three 6s in the first two sets, scoring just 49 points apiece to Russia’s 53 and 52, the U.S. trio of two-time Olympian Mackenzie Brown and first-timers Jennifer Mucino-Fernandez and Casey Kaufhold  stepped it up with a 53, but Russia put a solid 57 out of reach and claimed victory.

After a tough start yesterday, Brown brought the fire, finding the gold with her last three shots of the second half, and then drilling an X in the shoot off. As the most experienced shooter on today’s team lineup among up and coming teenage rookies, Brown anchored the team and did what she needed to do, never leaving the yellow rings. 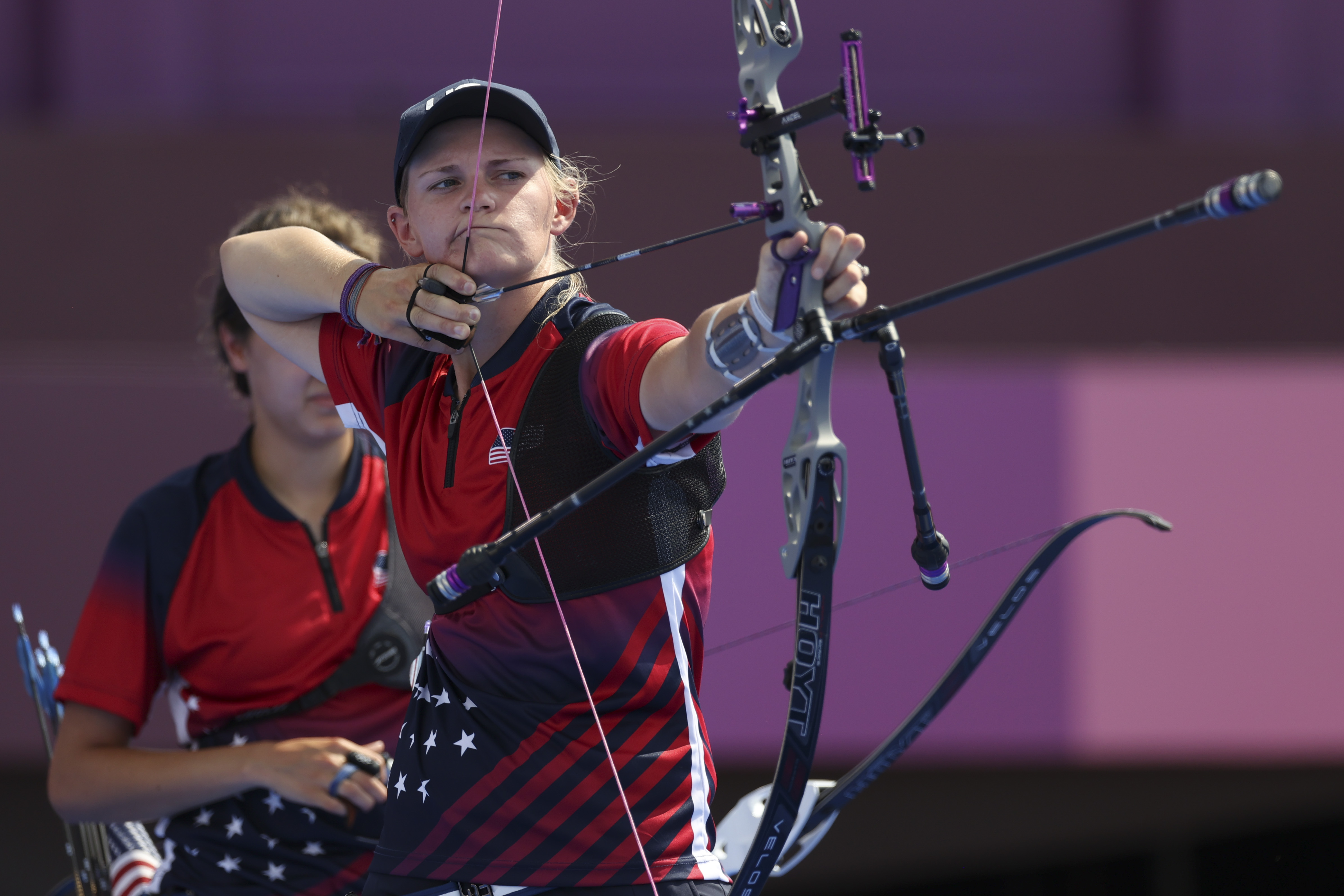 Seeded 5th individually, and having finished on the podium at both world cups in which she has competed this season, Brown remains positive about her chances in the individual matches.

“For me and my experience that I had in the mixed team round, there are some things I wanted to focus on to get right for these finals,” commented Brown, “I did those super well and I think that’s crucial going into the individual rounds. Really not second-guessing myself and just making really strong shots. I don’t think the wind is really moving you as much as you think, but it is really tricky out there. I got some experience from yesterday and I got more experience today in actually having my shot that I’m happy about on that field.”

Hopefully today’s match was a learning experience that will fuel all three women to a stronger performance in the individual events that begin next week.

Competition continues tomorrow with the men’s team event through the medal matches. The USA men’s team is ranked 5th headed into match play. Follow Team USA via live scores, and tune in for video streaming and broadcast. Photos by Getty Images.