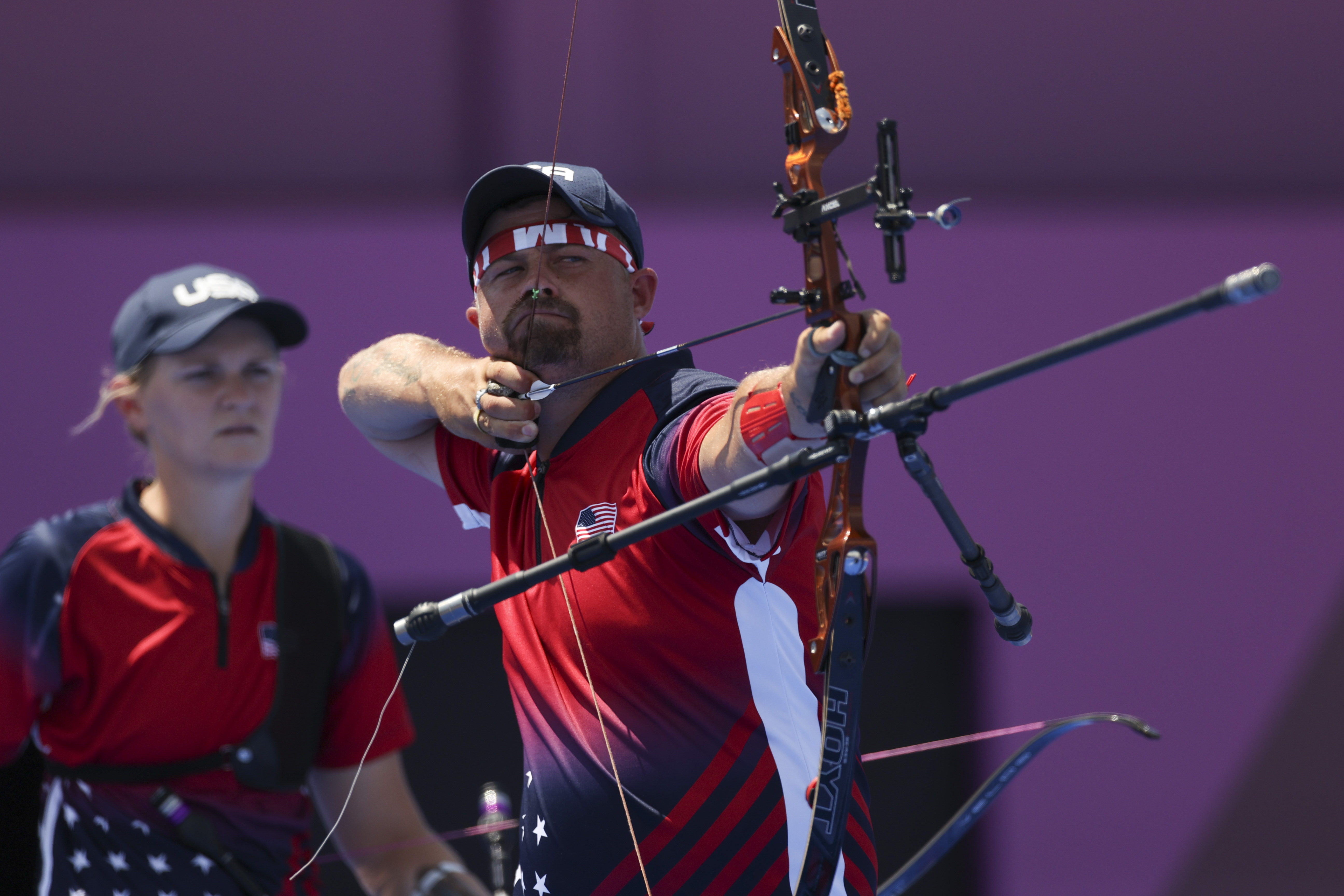 TOKYO, Japan – The mixed team event made its debut on the Olympic program as the first archery medal event of the Tokyo 2020 Games. The competition, which features one man and one woman in a race to 5 set points, is one where Brady Ellison and Mackenzie Brown have a history of success. The two were seeded 2nd in today’s brackets and were feeling confident a medal was within reach. But a shocking first round upset ended their run early.

Shooting against 15th seed Indonesia, Ellison and Brown struggled to find the 10, while Indonesia scored adequately enough to pick up early points. Indonesia outscored the U.S. duo 37-34, 36-33. Down 4-0, all the USA could hope to do was force a shoot off. Even a tied set over the next 8 arrows would prove fatal.

It wasn’t until the 12th arrow of the match that Brown finally scored the USA’s first 10 and put set points on the board, clinching the set 34-33 as Indonesia dropped a 7. The fourth and final set came down to an arrow call on a close 10 for Ellison, which forced a shoot off when decided 37-36 in the USA’s favor. 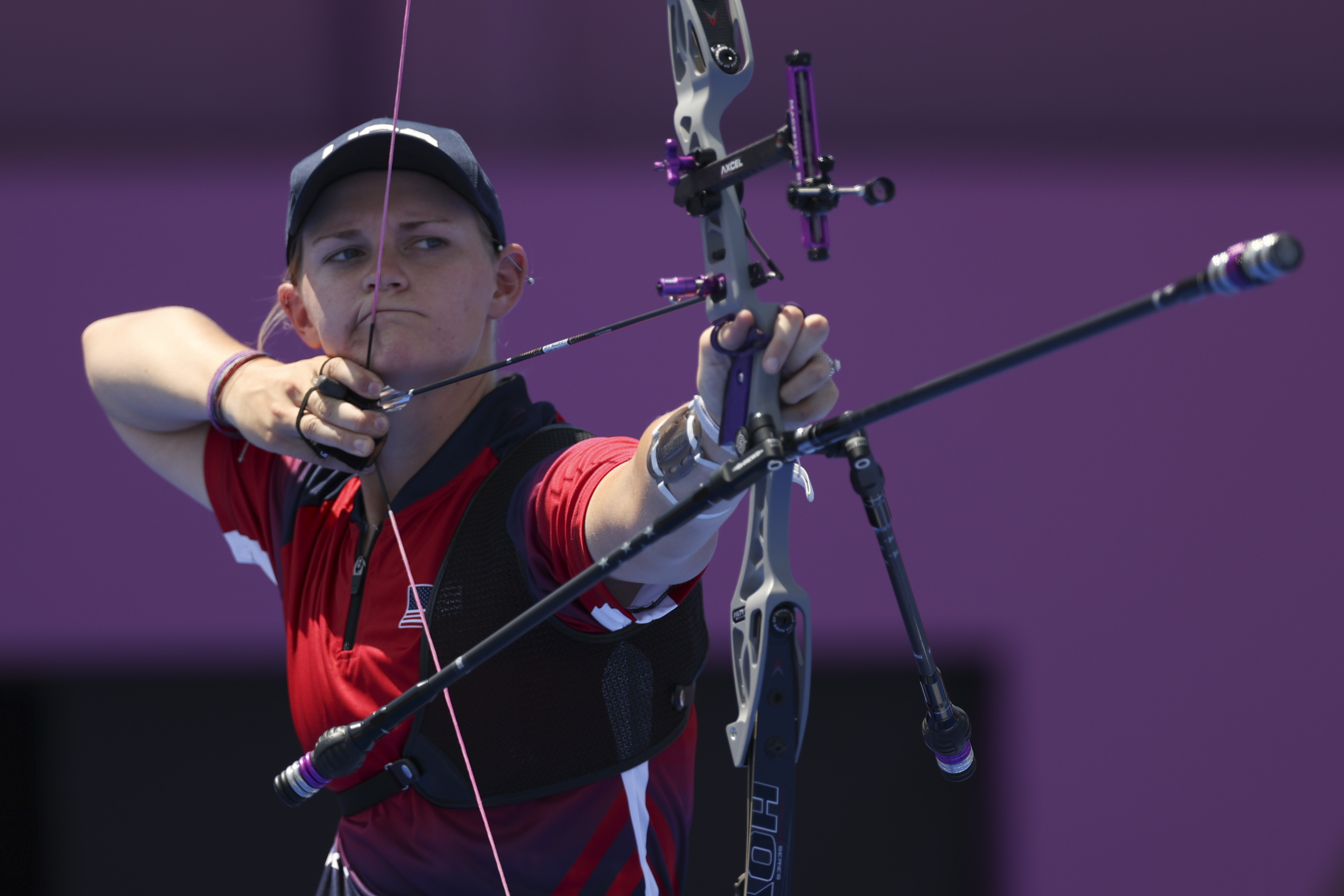 Ellison shot first; an 8. Indonesia’s Choirunisa scored a 10. Brown answered with an X, but they couldn’t stop Indonesia from the win as Salsabilla fired a second 10.

“I’m still a little shocked, to be honest,” Ellison told World Archery. “I completely expected us to win a medal today. That finals venue, compared to familiarization, kicked my ass. I just didn’t see it and that cost us the match.”

Competition continues tomorrow with the women’s team event through the medal matches. The USA women’s team is ranked 3rd headed into matchplay. Follow Team USA via live scores, and tune in for video streaming and broadcast. Photos by Getty Images.