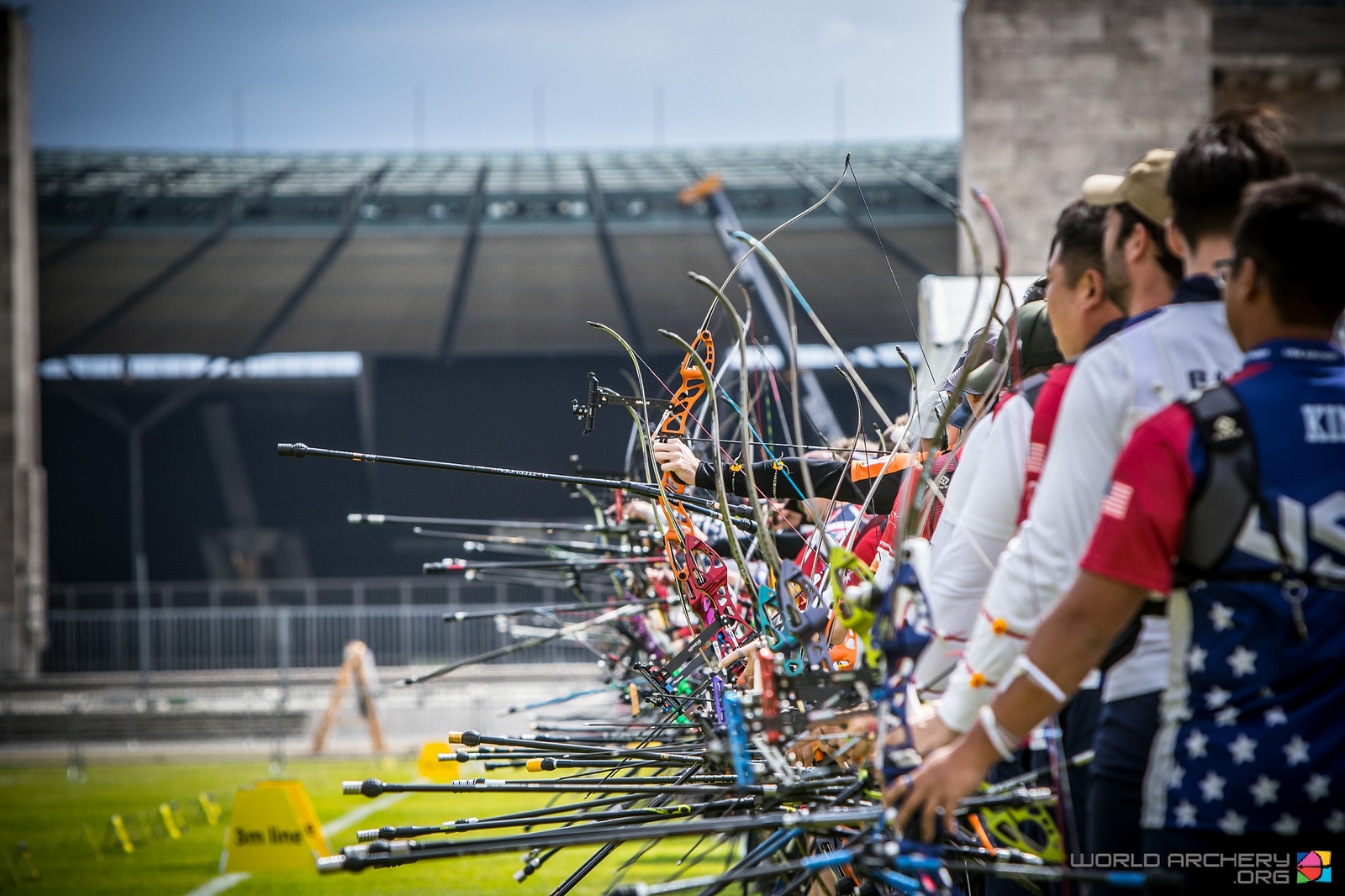 BERLIN, Germany – The fourth world cup stage of the season wraps a short and intense season of some of the best archery competition in history. Extremely tricky winds affected archers across the board in qualification this morning, with no recurve archers breaking 660 and averaging almost 40 points lower than normal, while many compound archers were also at least 10-20 points below their typical scores. Despite the winds, USA archers battled hard to qualify well.

Introduced last year, the win and in rule means that individual world cup stage winners automatically qualify for the Final, unless more than two archers from the same country win stages, in which case, the system reverts to points qualification among those athletes. For the USA compound men, World Champion James Lutz shot only one world cup, his international debut in Antalya, which he won.

Braden Gellenthien won the first stage in Shanghai, so he is also qualified and sits on top of the points; Kris Schaff is third in points, ahead of Lutz, so if he wins this weekend, Lutz is out. Matt Sullivan and Tate Morgan are also both on the board already and competing this weekend. Sullivan, who has been a strong qualifier all season, finished 4th today with a 689. A 675 put Schaff 20th and a 670 qualified Gellenthien 30th to rank the team 3rd behind Germany and Turkey.

Alexis Ruiz is the only compound woman to already have qualified for the Final based purely on ranking points. She has podiumed at every event in her rookie season, but is still chasing the gold. Qualifying 4th today with a 671, another strong performance is likely. Teammates Cassidy Cox and Sophia Strachan finished 11th and 18th respectively to rank the team solidly in 1st. Sullivan and Ruiz, a winning mixed team duo, are 3rd. 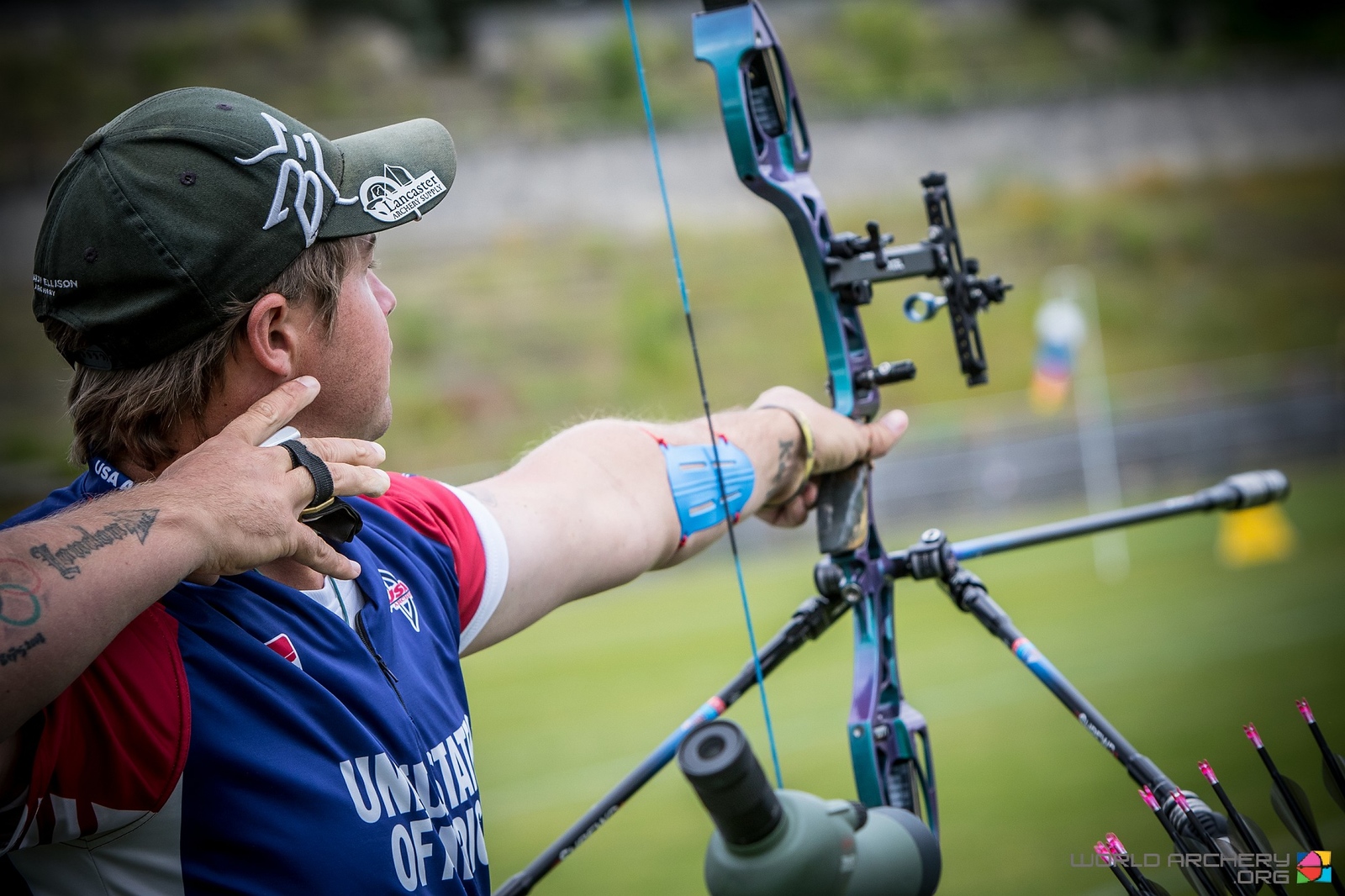 World Champion Brady Ellison has won two of three stages so far, his best performance since 2011. If he podiums again this weekend, it will be his first time ever medaling individually at all four stages. Despite the tricky winds, he qualified 6th with a 651, in good contention for elimination matches. World No. 6 Jack Williams ranked 15th after a strong performance and along with 49th place qualifier Matt Requa, the team sits 4th.

Several up and coming U.S. recurve women are gaining international experience in Berlin as Olympic Trials approach next month. Amy Jung ranked 35th to qualify the U.S. mixed team 11th with Ellison. Crystal Gauvin and Branduin Stroud were not far behind, putting the women’s team also in the 11th seed.

Competition resumes tomorrow with early elimination matches. Complete results from the competition are available at www.worldarchery.org. The medal matches this weekend will be streamed live at www.olympicchannel.com/live. For more, follow USA Archery on Facebook, twitter and Instagram.