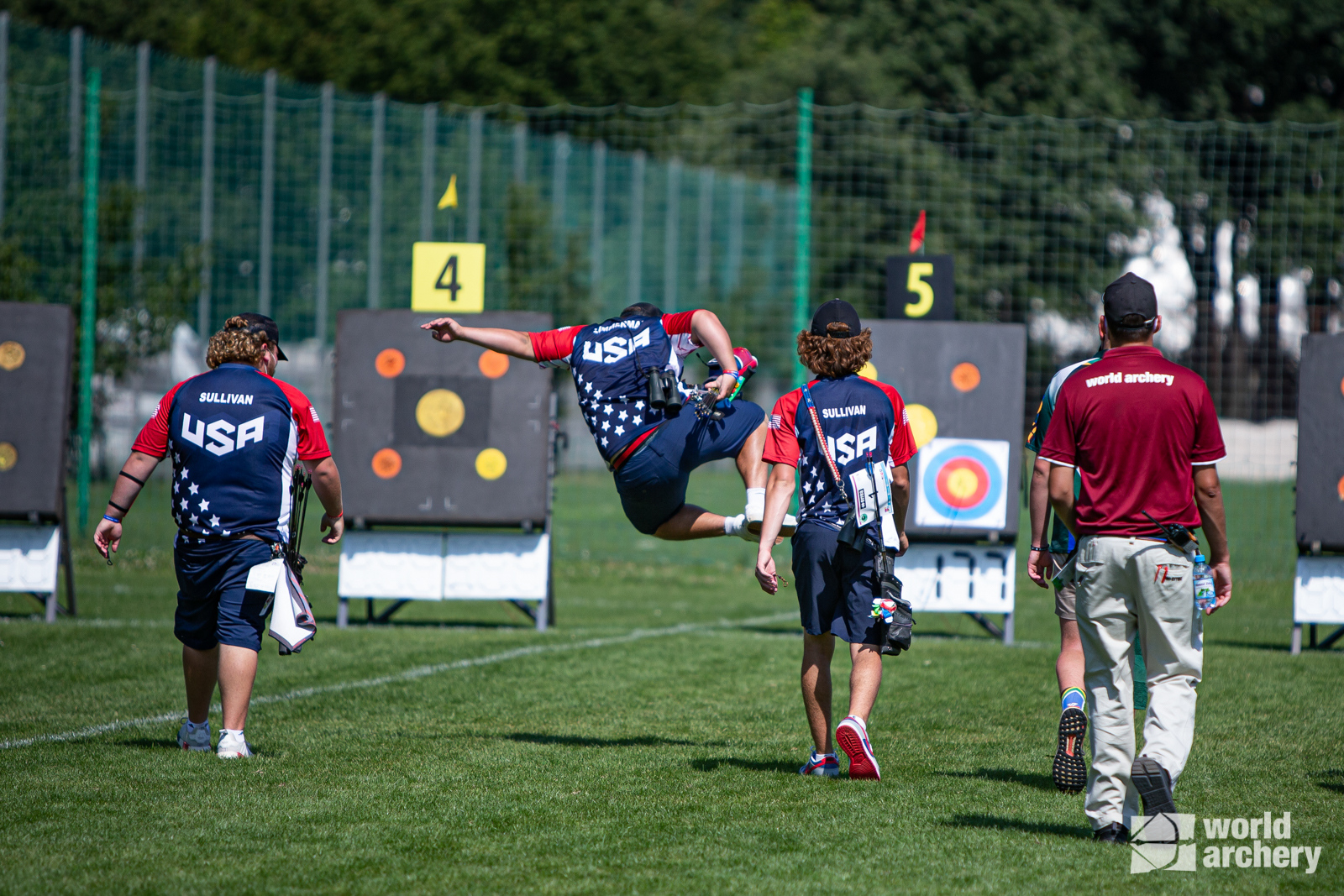 WROCLAW, Poland – Team USA’s shining youth stars have had a brilliant start to the World Archery Youth Championships. In yesterday’s individual matches, ten out of twenty-four archers on the team guaranteed top-10 finishes in their divisions, with four shooting for medals. After today, USA also has a shot at six team medals. 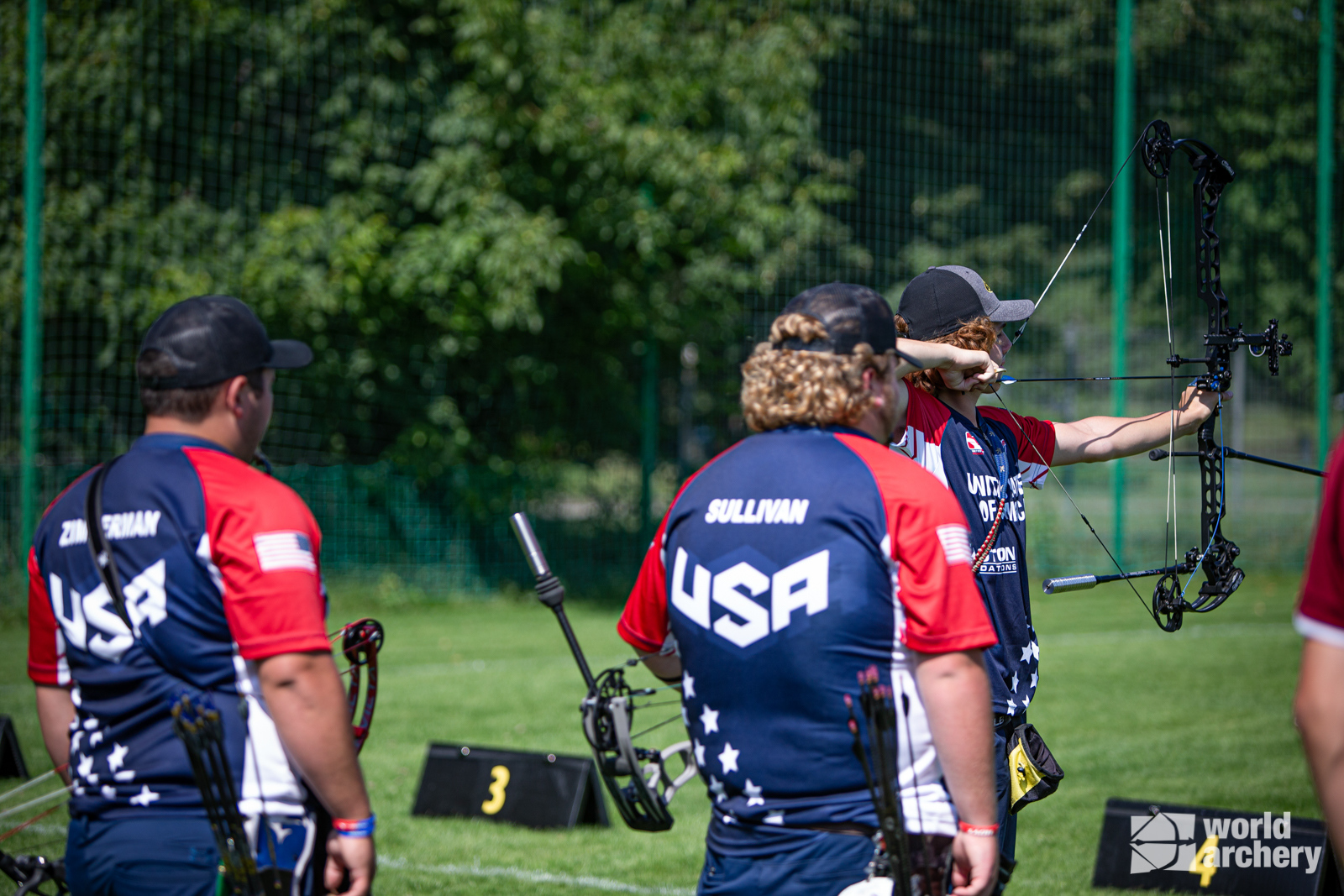 Sullivan has a shot at all three cadet compound titles, as he will shoot for the men’s team gold in a powerful trio with Isaac Sullivan and Nathan Zimmerman. The USA is the defending champion nation in this event and will look to bring home the title for the third consecutive edition.

In the compound junior team events, both the USA men and women came up just short in semifinal shoot offs and will compete for bronze. The top ranked men’s team of Cooper French, Matthew Russell and Cole Frederick bested Slovenia with a 237 in the quarterfinals before tying Turkey at 233 each, and then scoring a 29 to Turkey’s 30 in the shoot off. They will face Denmark in the bronze final.

Anna Scarbrough, Makenna Proctor and Madison Cox climbed from a 6th place seed to upset No. 3 India in a shoot off in the quarterfinals with a perfect 30 and then tied 2nd seed Mexico at 227 and scored a 28 to Mexico’s 29 in the shoot off. Advancing to the bronze final, the USA women will meet top seed Turkey this weekend.

Scarbrough and Frederick returned to the field this afternoon for the junior mixed team competition and earned another shot at bronze against Turkey.

USA’s recurve junior men, Josef Scarboro, Trenton Cowles and Joonsuh Oh, made an impressive run in today’s team matches, upsetting No. 3 Japan in the quarterfinals 6-0 with three straight sets of 57. They held their own against India, taking the match the full four sets, but in the final set, they were one point shy of India’s 57 and finished 5-3 to advance to the bronze final. 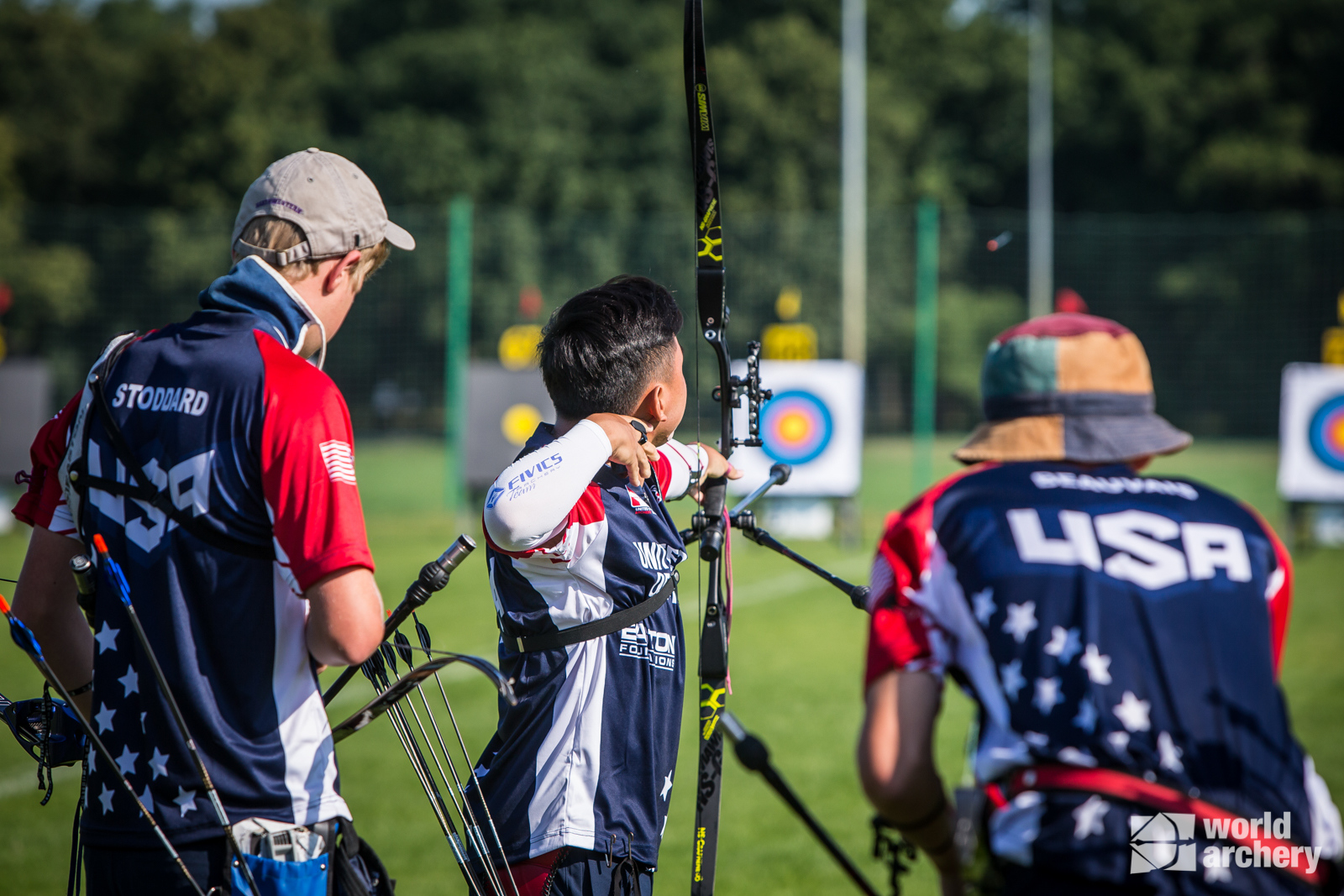 Complete results from the competition are available at www.worldarchery.org. Finals will be live this weekend on www.archery.tv. Photos by World Archery.