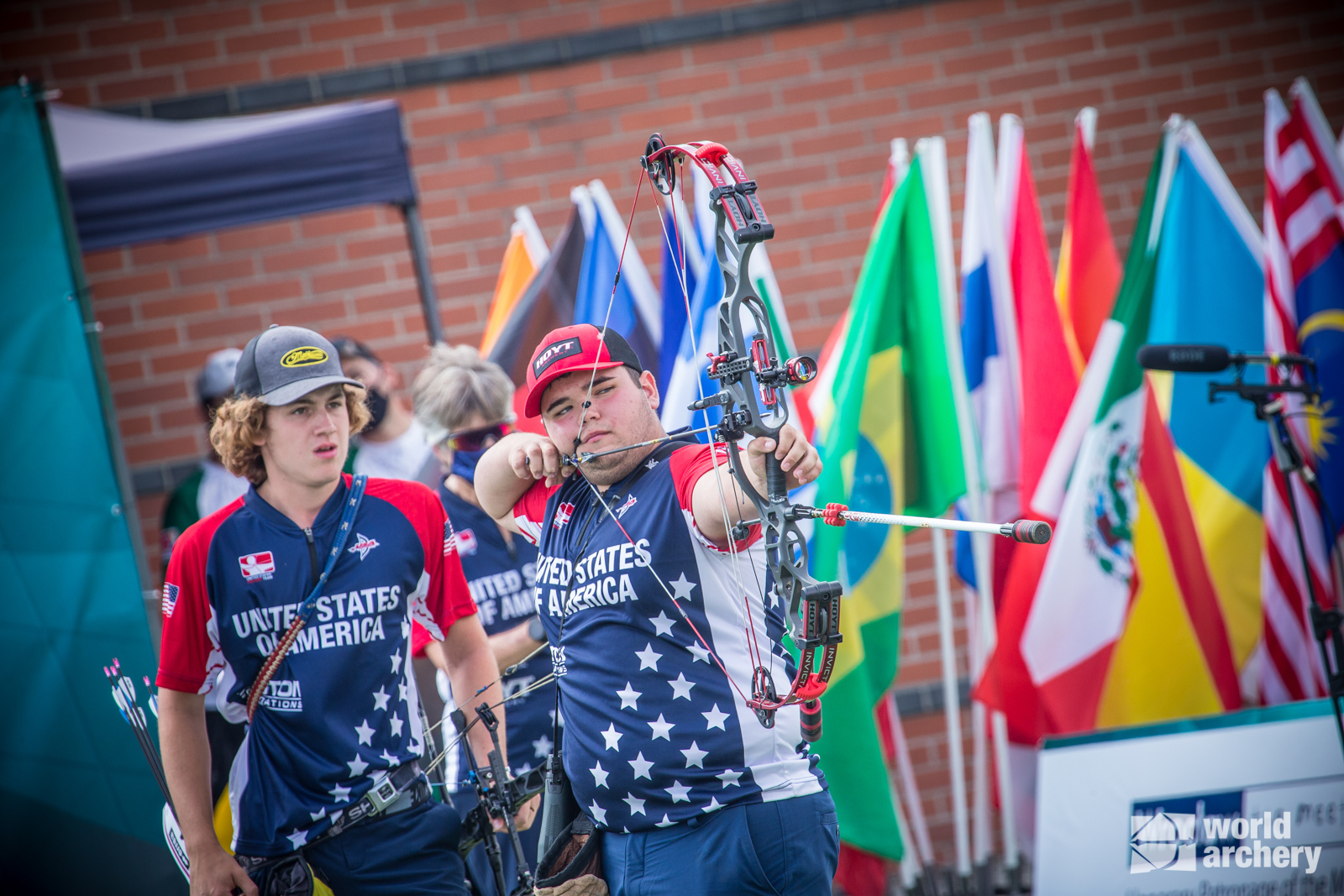 In the cadet events, Sawyer Sullivan, Isaac Sullivan and Nathan Zimmerman brought home the men’s team silver after a tight match against India. Sawyer Sullivan then returned to the stage for the mixed team event with Brielle Ochnich, and picked up another silver finish behind India and then both Sullivan boys contested the individual finals. Isaac Sullivan went first in the bronze final against Israel’s Yamrom. Sullivan opened up one point, then the two matched arrow for arrow for the next 8 arrows until Yamrom brought the score back to a draw at 116 each. Matching 29s in the final three arrows, the match went to a shoot off and in a dramatic finish, Sullivan took the win for Team USA.

Sawyer Sullivan ran a strong match against Slovenia’s Brenk for gold, finishing with a perfect 30 in his final three shots, but he finished with a third silver in an impressive world championship debut. 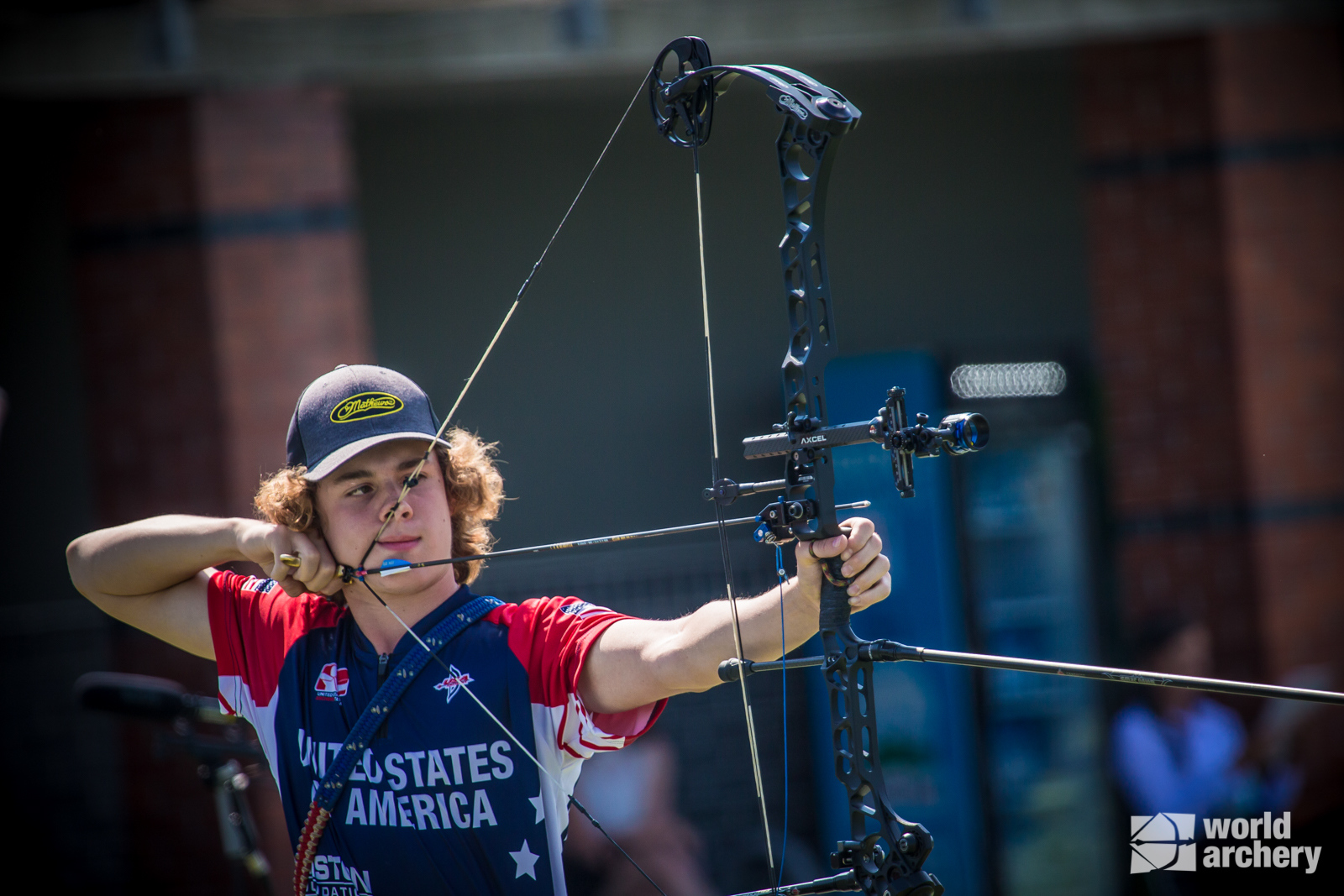 Sullivan commented: “I am always proud to represent Team Usa. Poland has been an amazing host for this event. My teammates shot awesome in both team and mixed. Of course I wanted to bring home a gold to finish off the season but it just wasn’t in the cards today. I would like to thank USA archery and everyone who has supported me all year.” Both Team USA junior squads brought home bronze finishes. Anna Scarbrough, Madison Cox and Makenna Proctor met a tough opponent in top seed, Turkey, splitting the first two ends with 58 and 57 each, but then pulled ahead as the team from Turkey began dropping errant arrows, finishing up 228-216.

Cooper French, Matthew Russell and Cole Frederick had a back and forth match against Denmark but pulled ahead for a strong 229-226 win. Frederick and Scarbrough then returned to the stage for the mixed team bronze final against Turkey. They opened with a massive lead 39-36 and never looked back, taking the win 155-152.

Scarbrough also comes home with a 4th place finish in the women’s event after a 143-138 decision in the individual bonze match.

Complete results from the competition are available at www.worldarchery.org. The recurve finals will be live tomorrow on www.archery.tv as Team USA shoots for the junior men’s team bronze and Casey Kaufhold shoots for individual bronze.