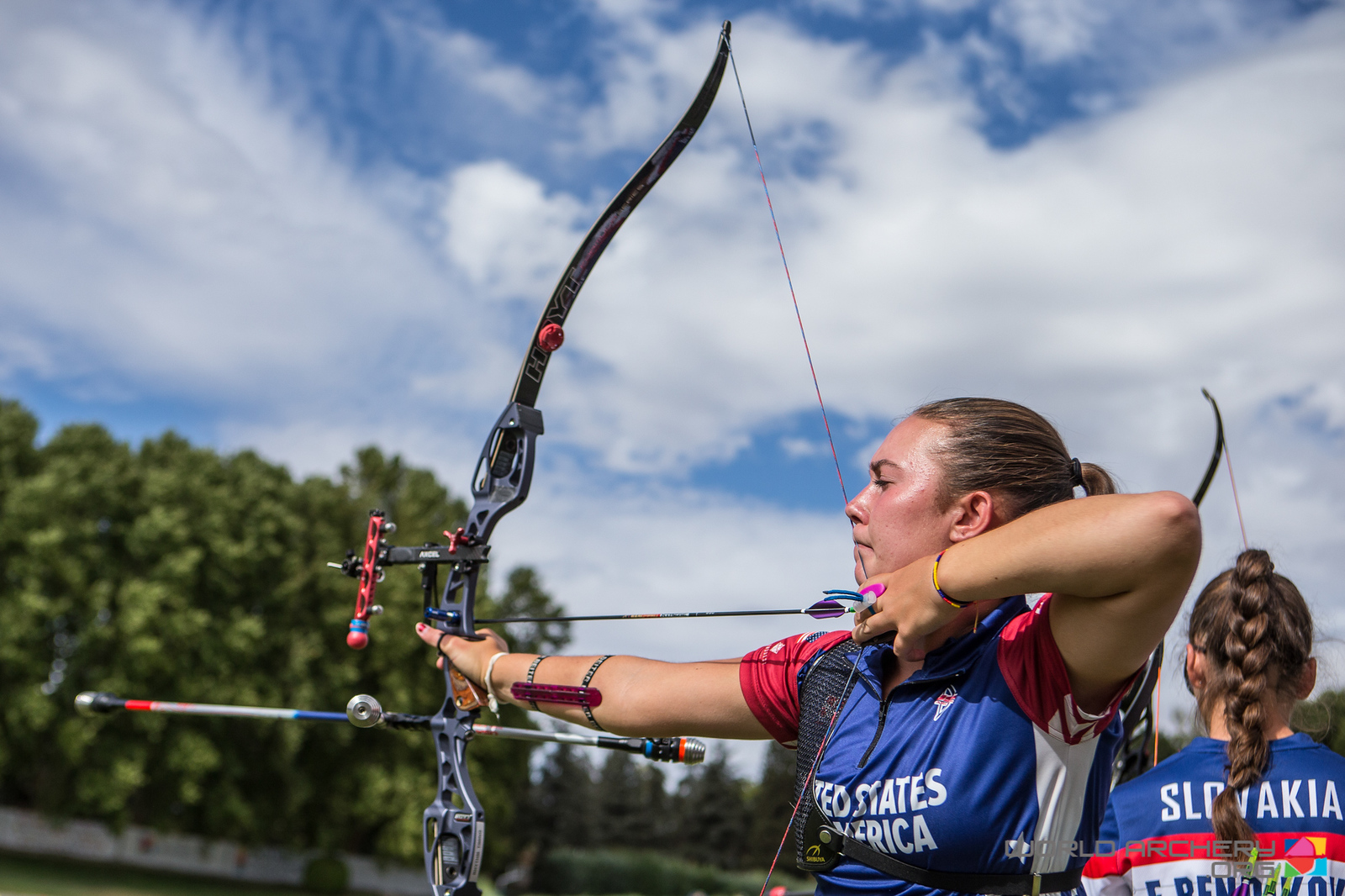 Despite some challenges with logistics for the team, and several athletes feeling under the weather, impressive finishes have Team USA in contention for big finishes this week. Top ten qualifiers today include World No. 1 Alexis Ruiz, who is 3rd for the compound junior women with a 691, just two points out of first. Anna Scarbrough is 10th with a 684 and with teammate Savannah Vanderwier, the USA trio is solidly in 1st.

Cooper French qualified 5th for the compound junior men with a 698. While 7 teams scored higher than the previous mixed team world record, Ruiz and French were powerful in the mix and are sitting 3rd, just 6 points off Norway’s new record 1395. French and teammates, defending world champion Curtis Broadnax and Connor Sears are 4th for the men’s team event.

Casey Kaufhold was a major standout with 663 to qualify 3rd for the recurve cadet women. Coming off three podium finishes at the Pan American Games, Kaufhold also leads the 2020 U.S. Olympic Trials and is on a hot streak. With teammates Catalina GNoriega and Jennifer Mucino-Fernandez, the team is sitting 6th.

Josef Scarboro is in his best week on the competition circuit, finishing second at the U.S. National Target Championships with an impressive qualification, and then jumping into 8th for the recurve cadet men in his final arrows in Madrid with a 667.

Recurve junior Jack Williams, who is currently No. 9 in the world on the senior circuit, who posted a 649 today to qualify 10th. Amy Jung led the recurve junior women’s offensive and with teammates Eliana Claps and Alex Zuleta-Visser, the trio is 4th for the team event. Jung and Williams are seeded 8th for the mixed team competition. Cole Zeug and Sawyer Sullivan qualified 6th and 9th for the compound cadet men with 693 and 691, and along with Matthew Russell, the team is 2nd behind Denmark, who broke USA’s world record this morning. Team USA’s compound cadet men took home the gold in 2017 and look strong to return to the podium.