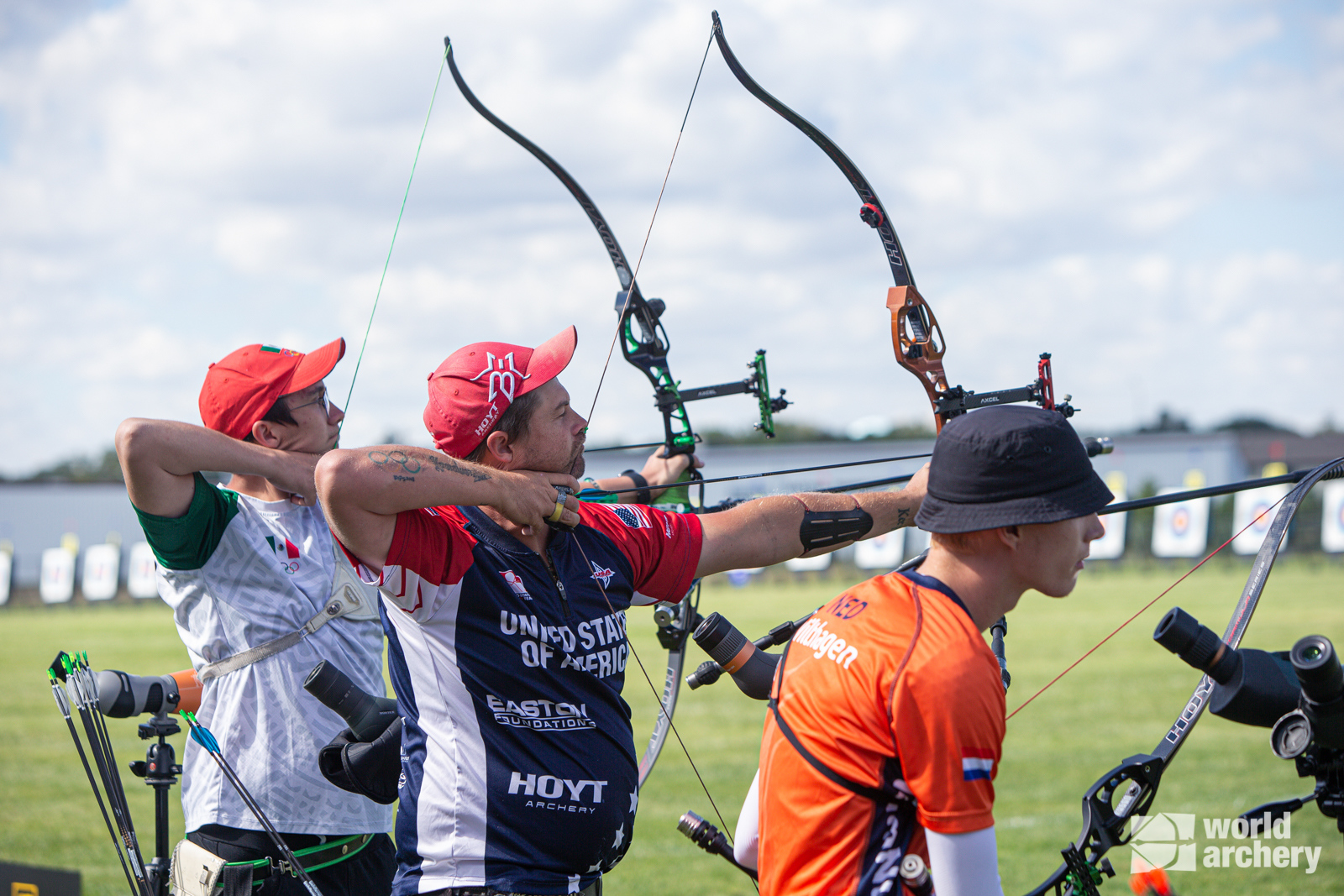 YANKTON, South Dakota – After a year’s hiatus from the international circuit in 2020, the 2021 season came back fast and furious with non-stop events and surprise new contenders. The Olympic Games and World Archery Championships are not typically held in the same year, but with the Olympic postponement, here we are, just weeks after the Games, for the “archery hub” featuring the World Archery Championships and World Cup Final back to back on U.S. soil.

For Brady Ellison, reigning World Champion and World No. 1, the pressure is high. He’s coming off an unexpected quarterfinal finish in Tokyo and is chasing the chance to defend his titles and gather an historic 6th World Cup Final win, but his head is on straight and he’s taking it one arrow at a time.

He opened with a 323 in the wind and was sitting in 21st at the half, but he came back with the field’s highest score for the second 36 arrows, 336, and finished in 3rd. “It was super windy today, in the first half I was kind of lazy a little bit and I wasn’t shooting very good so I would have two or three good shots an end and then some okay shots and then one or two that were just kind of bad shots the whole entire time,” shared Ellison. “Then the second half I just shot better and scored a lot better so overall I’m feeling pretty good about it. Coming back the second half and shooting better and how I thought I could shoot in the wind was definitely a lot better. I just have to make sure that I keep shooting good shots and quit making these mistakes.” 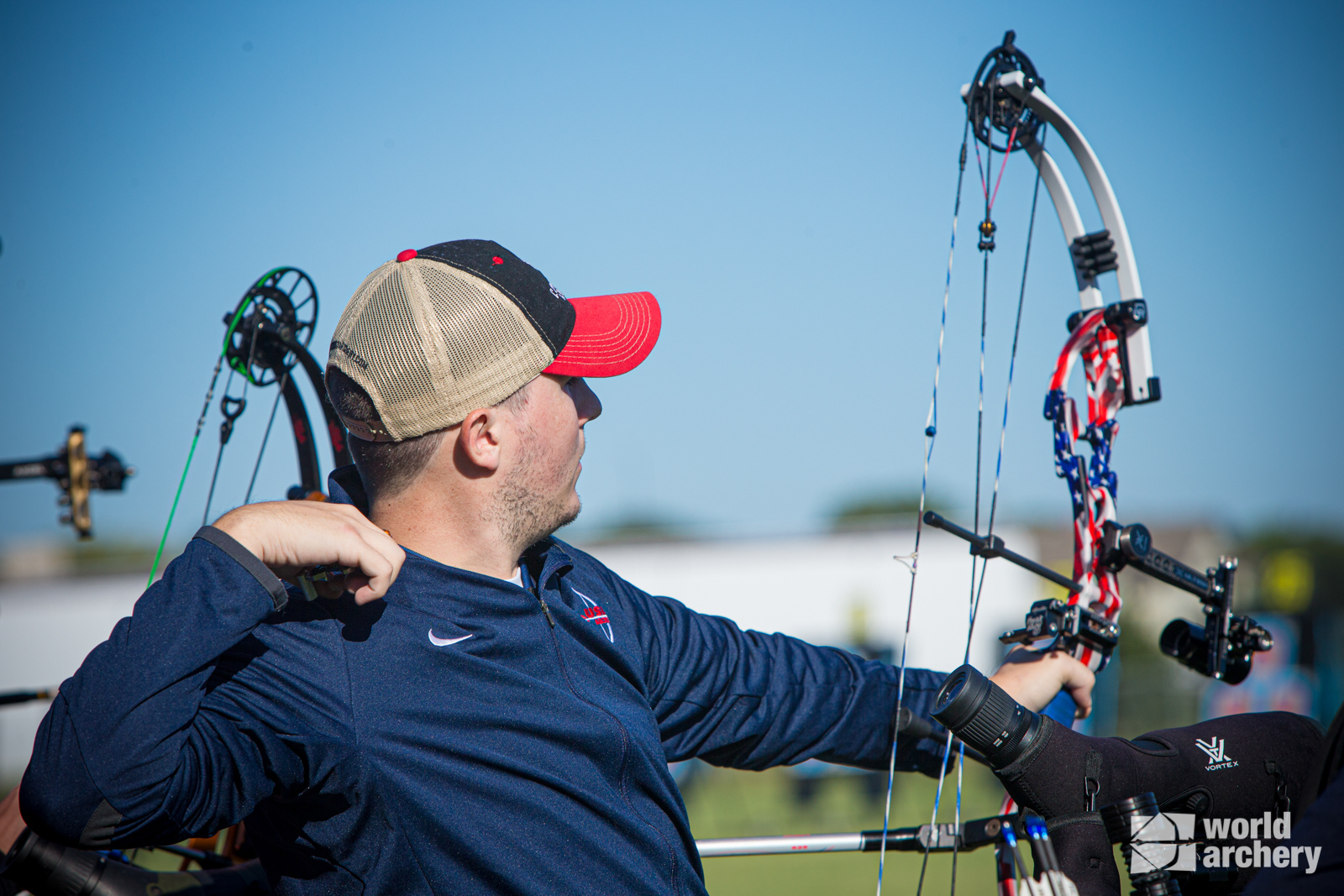 James Lutz is also looking to defend his world title and similarly posed a solid second half comeback to jump up the rankings to qualify 5th with a 698. “The wind was terrible and unpredictable today,” Lutz commented. “The second you thought you figured it out it would change. I’m happy with my score but I know I left a lot of points out there today.” With his strong second game, Lutz is feeling confident: “I’m feeling great heading into the matches. The bow is pounding and my head is clear. #back2back.”

Casey Kaufhold also staged a second half conquest, charging her way through the rankings from 21st to 5th with the second highest back half and a total score of 639 after a 21-point improvement as she figured out her shot in the wind.

Reigning world silver medalist Paige Pearce led the USA compound women’s squad to a 3rd place team seed today, ranking 13th individually with a 677 alongside Linda Ochoa-Anderson who was 15th with 675 and Makenna Proctor, who makes her senior international debut as the first black woman on a USA Archery World Archery Championship team with a 667 to rank 25th. Team USA is the reigning team silver medalists in this event and will look for a repeat podium finish after back to back wins on the world cup circuit’s first two stages this year. 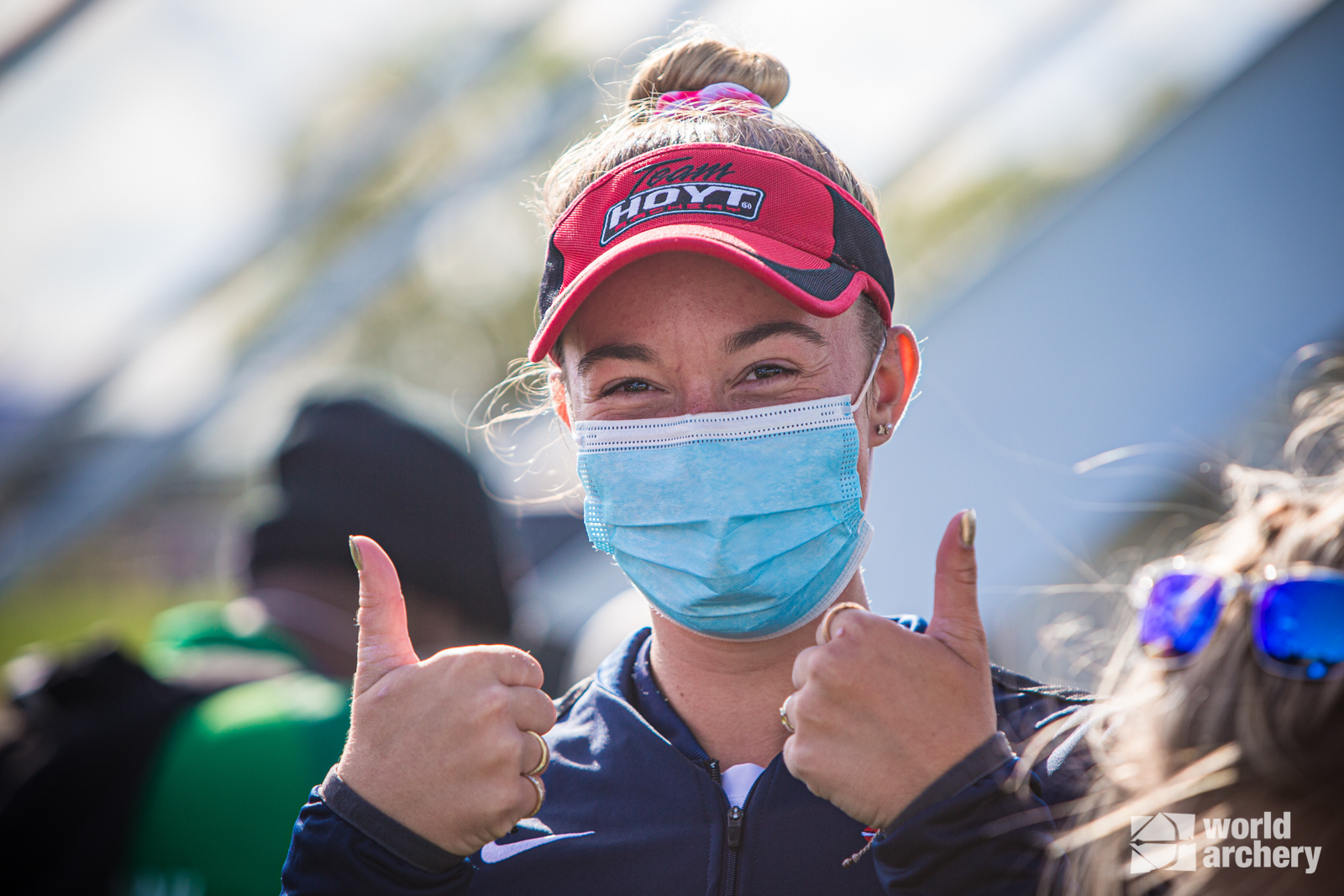 Pearce and Lutz sit 7th as a mixed team duo, while Ellison and Kaufhold have Team USA ranked 2nd in the recurve mixed bracket. Kaufhold and her young teenage teammates Gabrielle Sasai and Jennifer Mucino-Fernandez are 6th in the women’s team qualification ranking.

Ellison, Jack Williams and Matthew Nofel are also poised for success as a team, ranking 2nd. At the 2019 edition of this event, the USA suffered an early first round exit and is eager for redemption after several strong performances on the world cup circuit this season.

The USA compound men’s team of Lutz, Braden Gellenthien and Kris Schaff qualified 9th and will take the field first tomorrow as the compound team matches run through the semifinals, followed by recurve team matches midday and mixed team matches in the afternoon. Complete results from the competition are available at www.worldarchery.org. Finals will stream live on www.archery.tv and on the Olympic Channel.