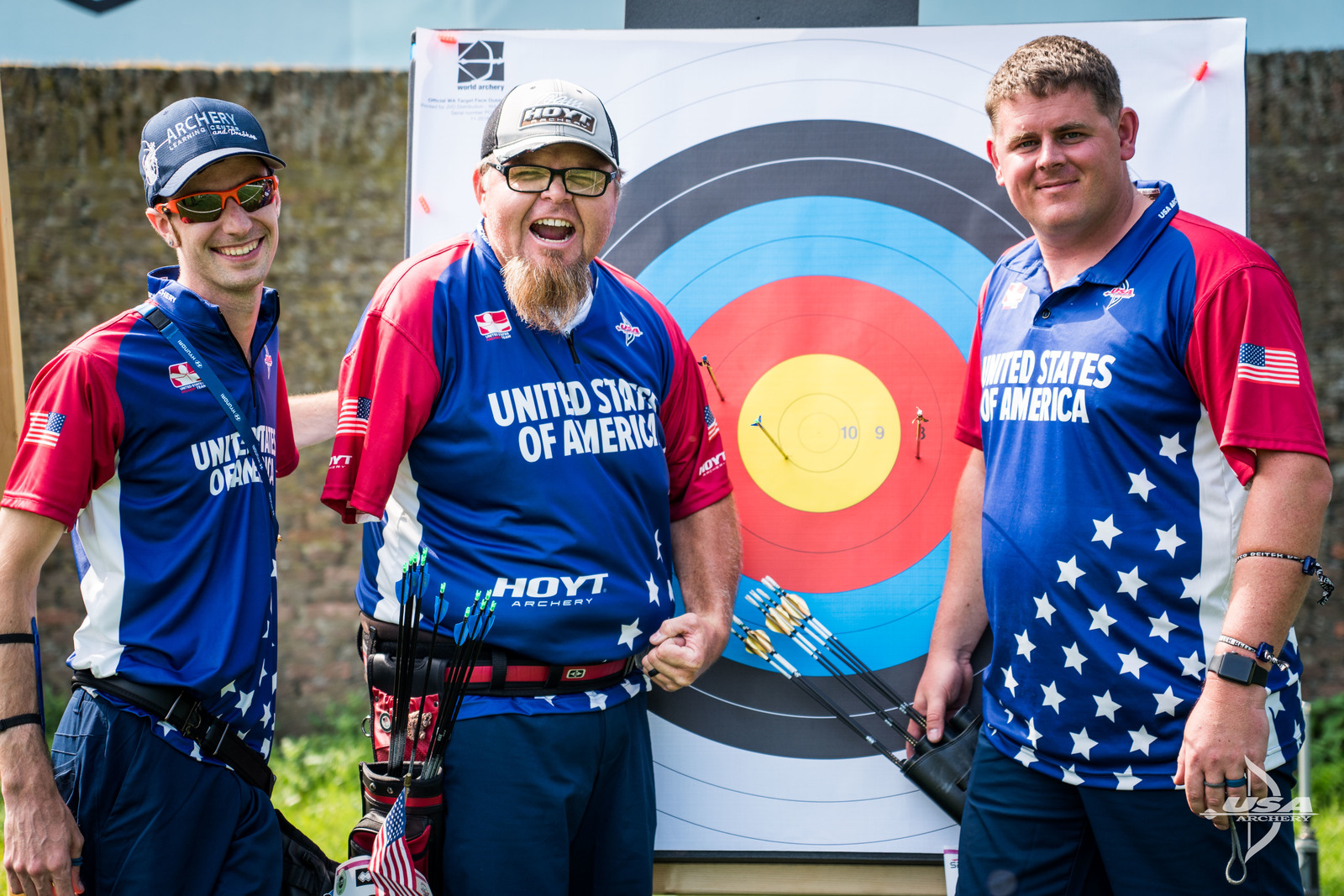 Eric Bennett, Timothy Palumbo and Michael Lukow led a strong offensive in matchplay, but were met with a tough bracket. Overcoming several higher ranked opponents, the trio won each of three matches in exciting shoot offs.

“Today was awesome. It was by far one of the most exciting days in archery I’ve ever had,” commented multi-time Paralympian Bennett. “This team—we’ve shot together so many times. We’ve won some things, lost some things, but today was a blast. I was smiling the whole time. This is what we do this for, all the long hours of practice and travel are for the chance to stand on the line and take that one shot and when my last arrow went in, it was awesome.”

Palumbo personally wanted to shoot every arrow possible today, and won his first individual match in a shoot off as well.

“Today was very stressful. I wasn’t shooting as well as I wanted to, but I held it together and it worked out well,” shared Palumbo. On staying in the zone for his many shoot offs, Palumbo added: “I just focus on the target and let my mind clear and just shoot. It’s definitely not as stressful when I have my team with me because we have each other’s’ backs if any of us shoot a bad arrow.”

Palumbo and Bennett will advance to tomorrow’s 1/16th round to fight for individual honors and Paralympic quota spots for Team USA. The U.S. compound open men all seeded in the top 8 and will begin match-play tomorrow too.

In their team match today, the top ranked USA team of Matt Stutzman, Andre Shelby and Ben Thompson went out in an early upset by Ukraine as they set a new world record by 4 points. The USA men had set a new qualification record earlier in the week and are looking solid for tomorrow’s matches.

Competition resumes tomorrow with individual and mixed team matches through the semifinals. Complete results from the competition are available at www.worldarchery.org. The finals this weekend will be live at www.olympicchannel.com/live. For more, follow USA Archery on Facebook, Twitter and Instagram.