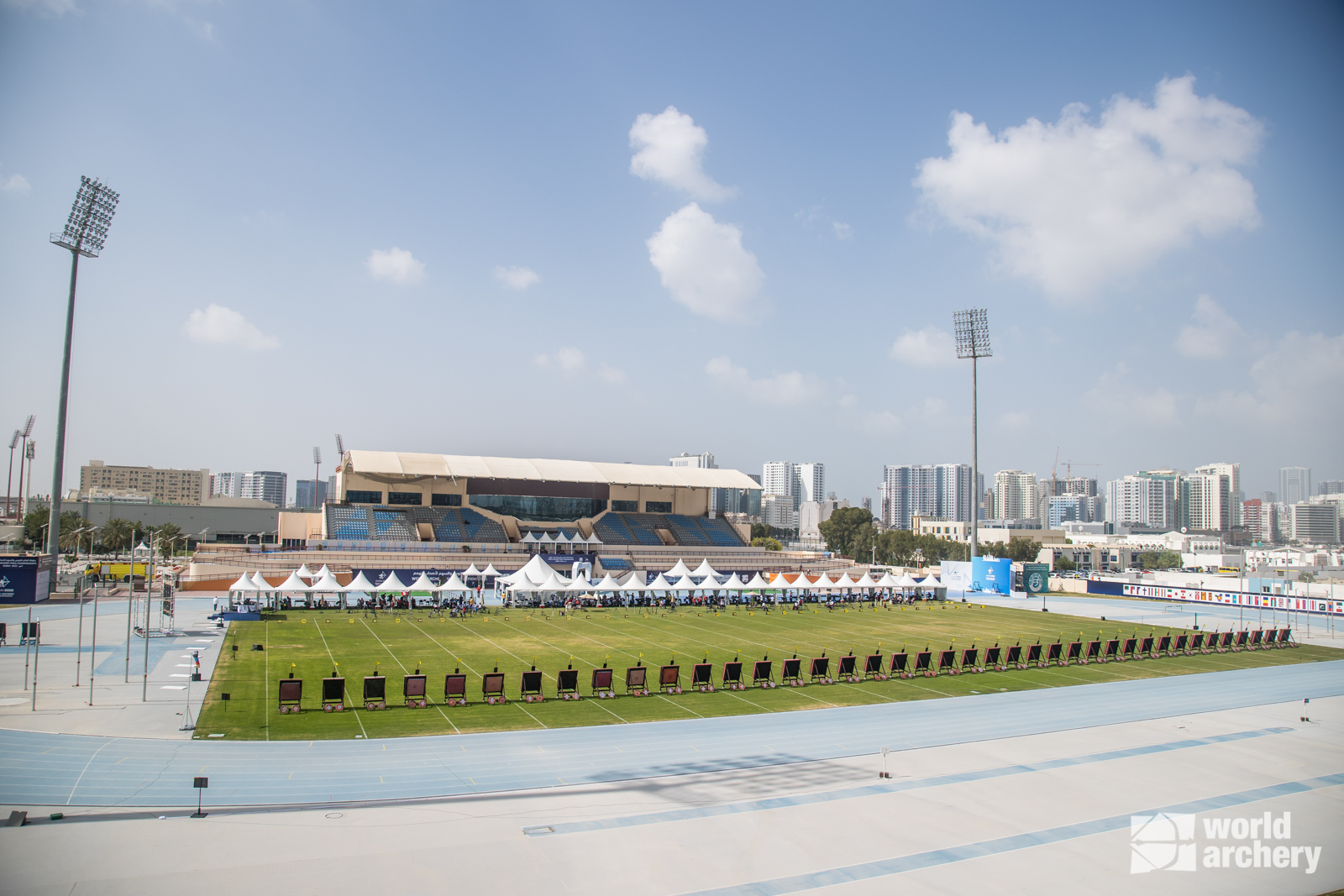 DUBAI – Competition began this morning at the 2022 World Archery Para Championships, held at the Dubai Club for People of Determination. Team USA sent a large roster of stellar talent and the compound open archers took the field first for qualification and preliminary matches.

2016 Paralympic Champion Andre Shelby and reigning World Archery Para Champion Ben Thompson qualified 11th and 12th respectively with 669 and 666. Reigning bronze medalist Matt Stutzman suffered an equipment breakdown, and with equipment failures recently abolished from competition, he missed shooting most of the first two ends of the back half, dropping from 15th to 54th with a 600.

After a solid first round win 143-123 over Kazakhstan’s Arlan Ateibekov, Stutzman met Shelby on the line. They drew level with 29s across the board for the first three ends. Then, Stutzman pulled ahead with a 28 to Shelby’s 26 and Stutzman claimed the win 143-141. Thompson cleaned a 143-126 victory over Canada’s Kevin Evans and he and Stutzman will advance to the 1/16th round. 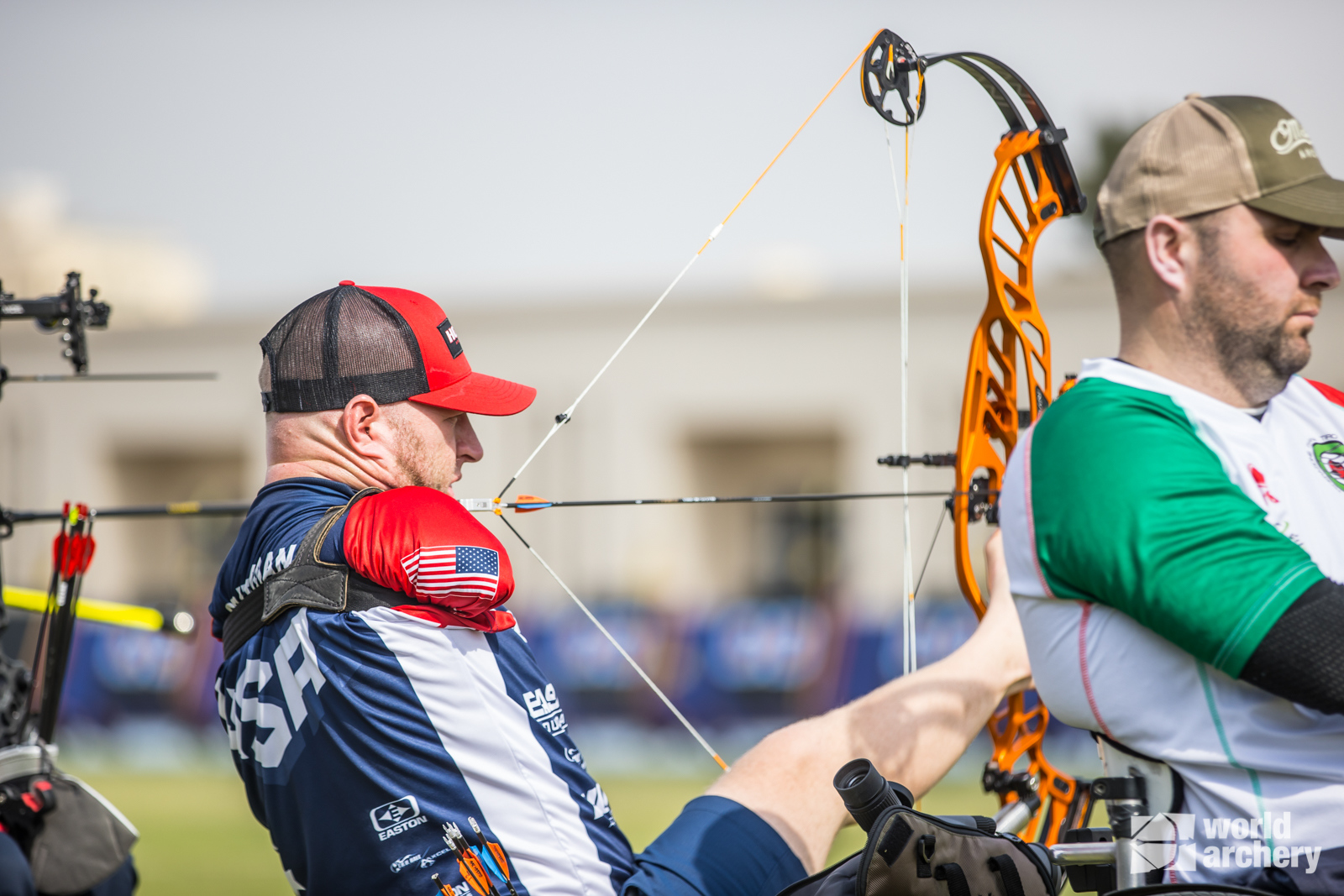 Stutzman commented: "I hate shooting against Andre, it’s like flipping a coin. I was able to straighten out the issue with my release and that gives me confidence for the rest of this event."

Dubai is debuting the new mixed doubles event, which in addition to the mixed team competition, features two-archer teams of the same gender, replacing the three-archer team event and allowing more countries to participate in the team competitions. Shelby and Thompson seeded 5th for the U.S. 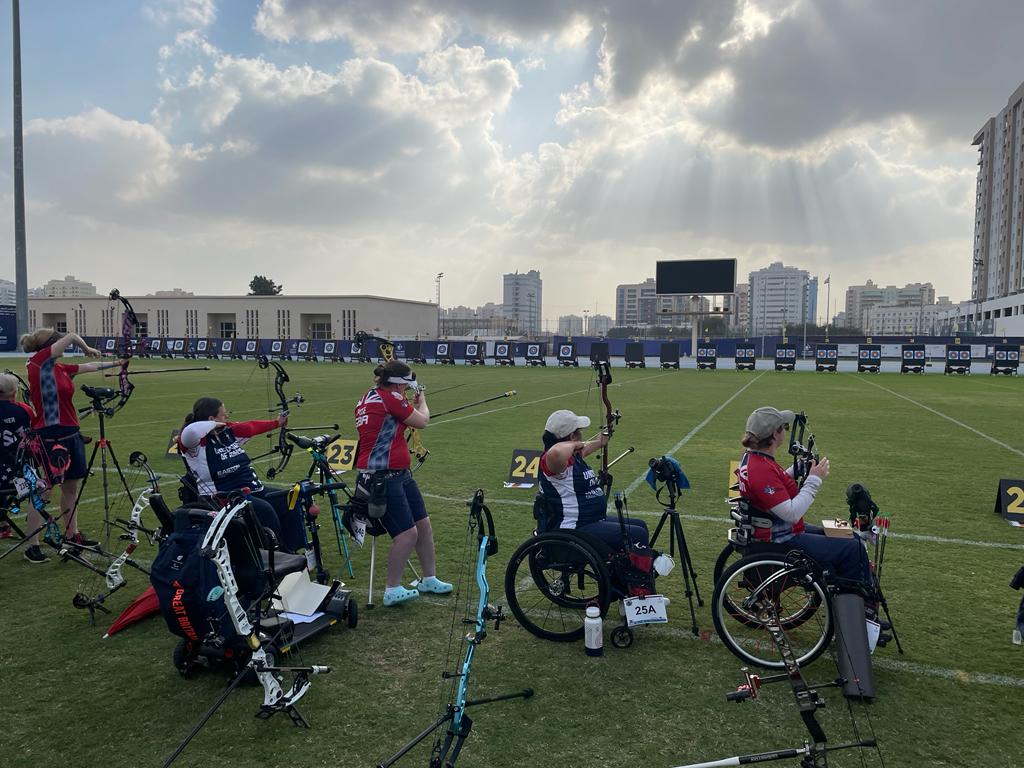 In the compound women’s open ranking round, Erev King and Martha Chavez were 25th and 26th with matching 632s and Wendy Gardner ranked 29th with 618. Together, King and Chavez are sitting 8th for the team event and King and Shelby are 10th for the mixed team bracket.

All three women are through to the 1/16th elimination round individually after Gardner crushed a 133-95 first round win, while Chavez and King had byes.

Competition resumes tomorrow with all the compound team events through the semifinals. Medal matches will be broadcast live Friday-Sunday via World Archery TV. Live results from the competition are available on the World Archery website.