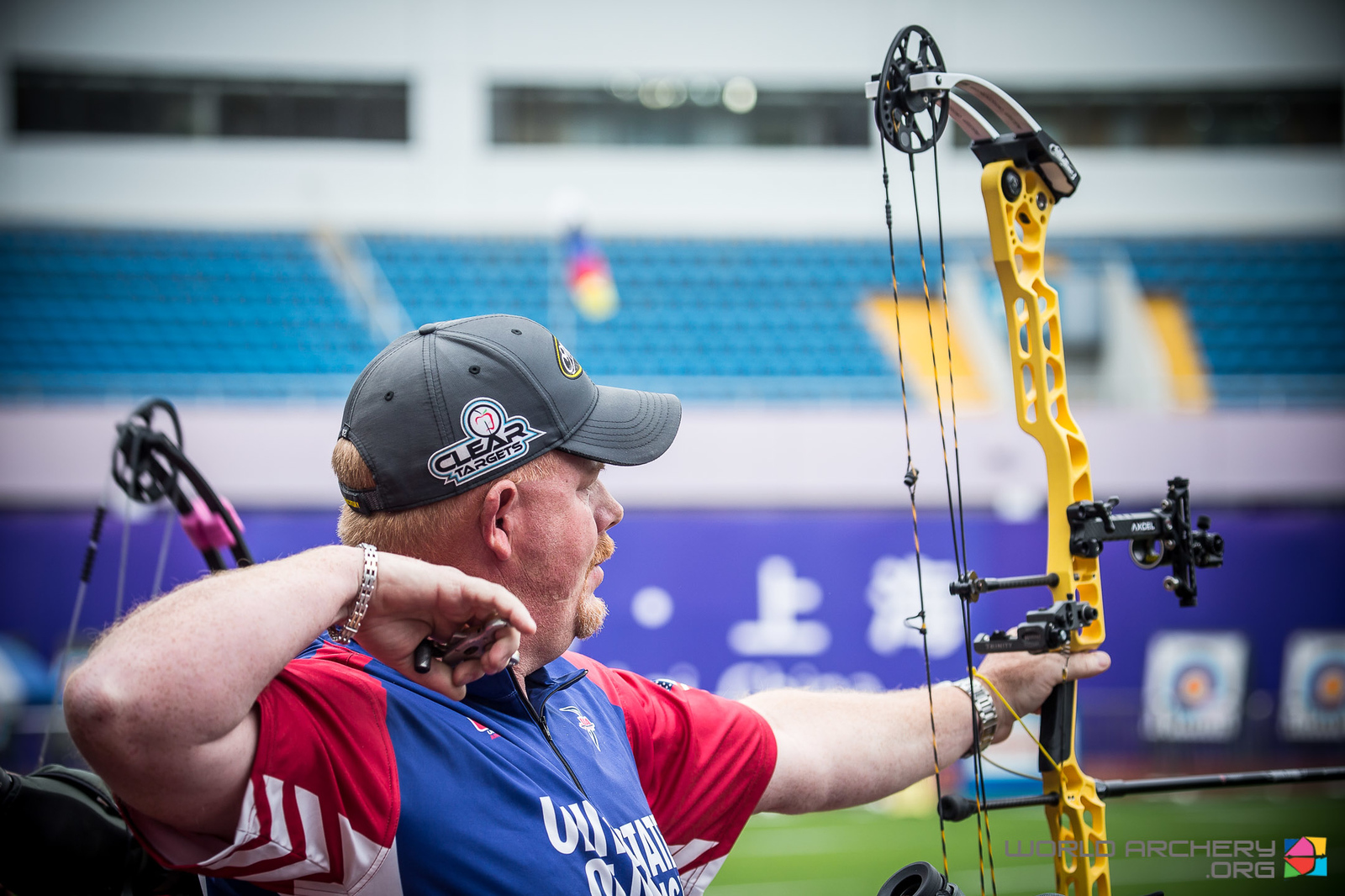 SHANGHAI, China – In the whirlwind start of the 2019 Archery World Cup season, at the second of the first three stages, held over just five short weeks, the U.S. team made some solid strides towards podium finishes in Shanghai.

Matt Sullivan, who made his first world cup appearance only two weeks ago in Medellin as the USA’s leading scorer, topped the compound men’s qualification with a 712. Reigning indoor and outdoor series Champion Kris Schaff was right behind, ranking third with a 709 and a 706 for the circuit’s most decorated archer Braden Gellenthien sat him 8th. The team qualified 1st, and neared a world record with such an impressive ranking round showing.

For the second event in a row, rookie Alexis Ruiz led the U.S. compound women, earning a bye into the 1/16ths with an 8th  place qualification score of 692. Jamie Van Natta and Sophia Strachan’s 682 and 679 ranked them 16th and 22nd to qualify the team 2nd behind Korea.

Ruiz and Sullivan, who won gold together in Medellin, scored a combined 1404 to rank 2nd behind Korea also in the mixed team event – giving them a shot at back to back titles in their first year on this stage. 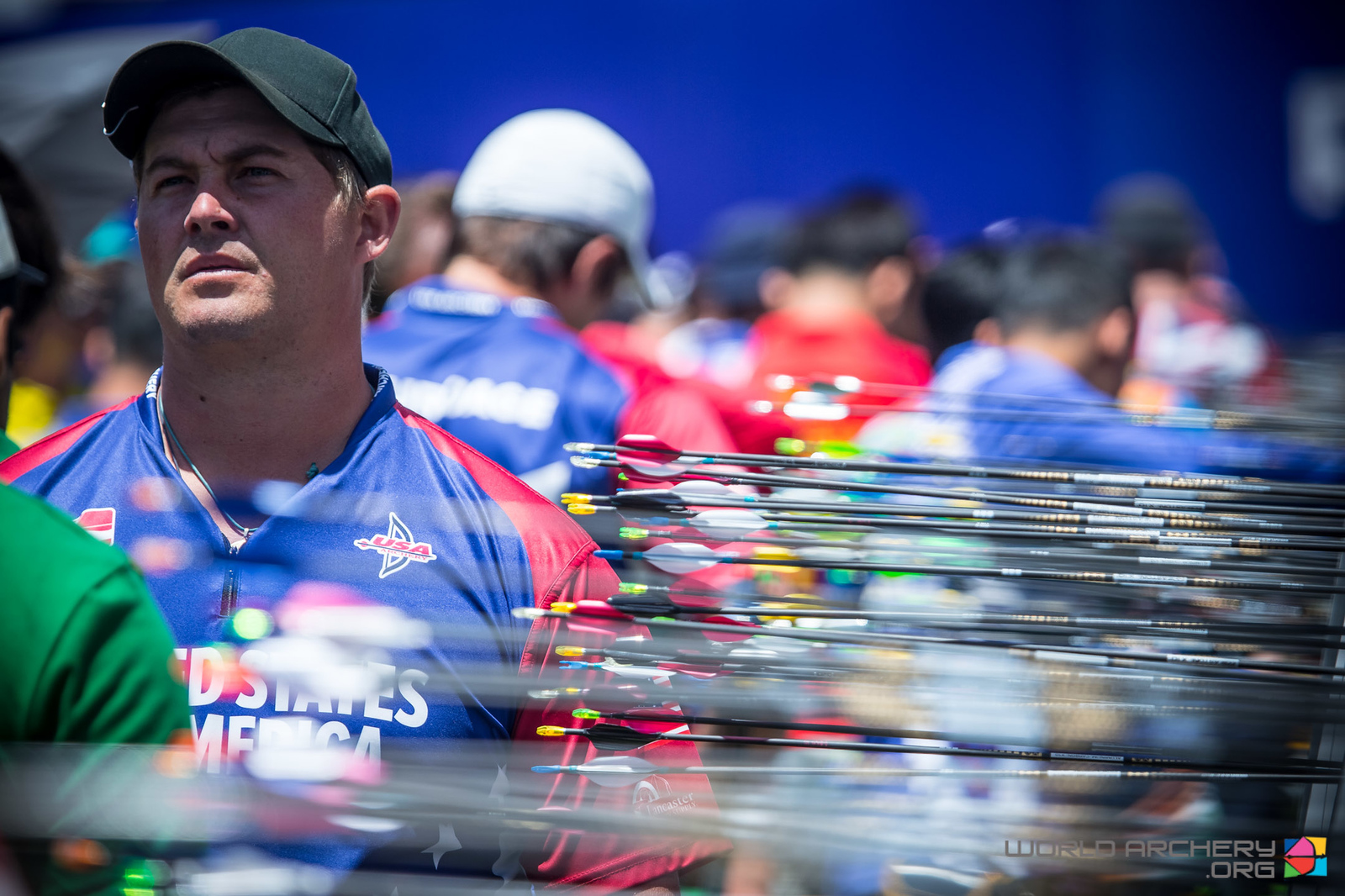 Coming off an impressive win in Colombia, Brady Ellison was 2nd at the half with a 342, and finished qualification 4th with a 679. Jack Williams had a tough start, but came back strong with a 342 back-half to qualify 11th with a 667. Alex Bourdage’s 661 put him 21st and the team 2nd behind Korea.

Erin Mickelberry led the U.S. recurve women’s squad as her upward trajectory continues this season. Scoring a 637, she qualified 18th, while matching 622s put Olympians Khatuna Lorig and Mackenzie Brown 37th and 38th respectively. There is heavy importance on the team round in this Olympic qualification year, and the team tied India’s reserve squad for the 8th seed – drawing a 1/8th round matchup that will be one to watch.

In mixed team qualification, Korea set a new world record with 1368, while Mickelberry and Ellison’s 1316 landed the U.S. in 6th.

Competition continues with early round elimination matches tomorrow and individual, team and mixed team eliminations through the semifinals on Thursday and Friday. Scores are live at www.worldarchery.org. The medal finals will be available live this weekend on NBC’s Olympic Channel at www.olympicchannel.com/live.