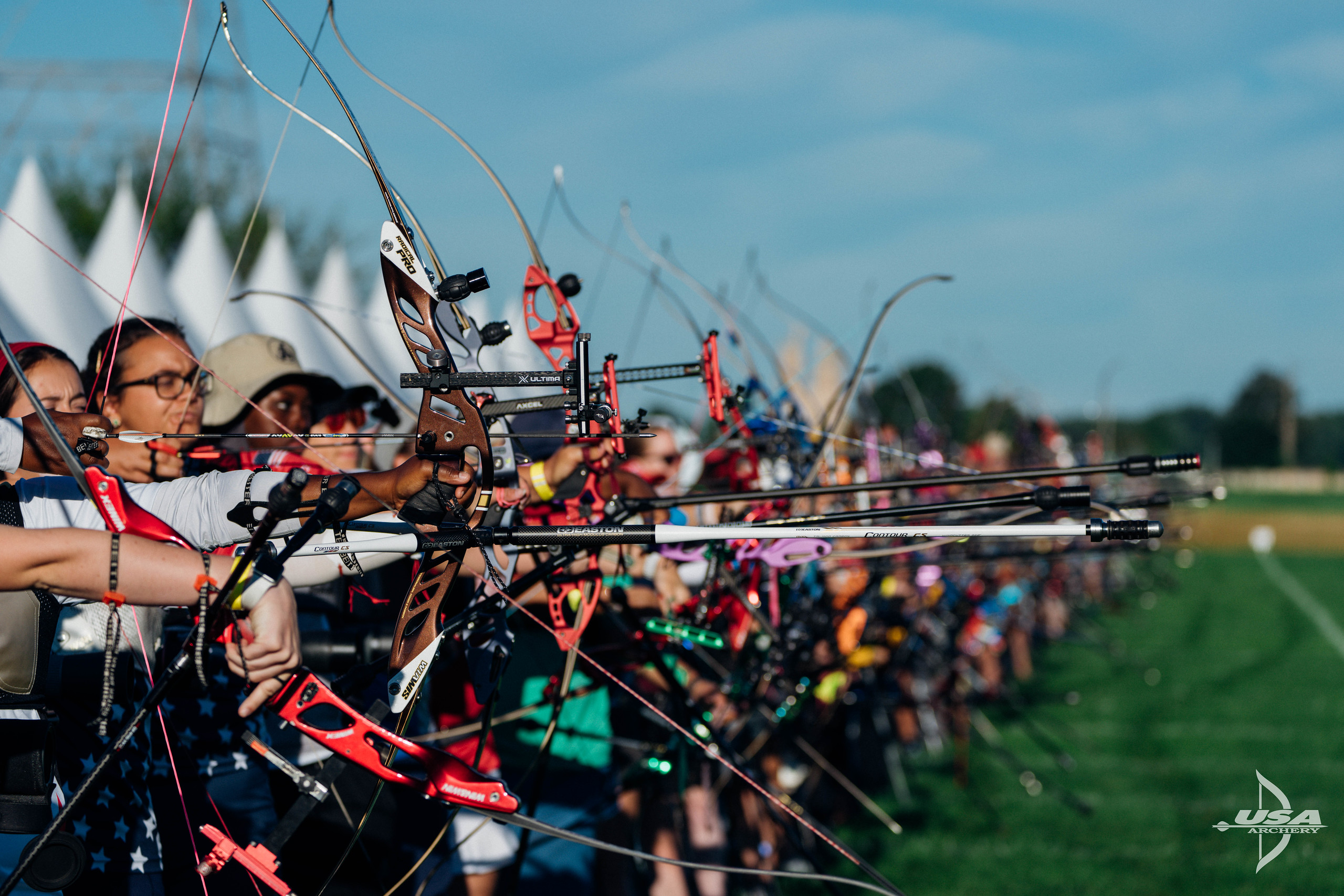 DUBLIN, Ohio -- The senior and masters 50+ qualification round at the Buckeye Classic featured fierce competition among the nearly 650 archers. The Buckeye Classic is the final stop of the United States Archery Team (USAT) qualifier series event tour and the last chance to earn ranking points before Nationals in Pennsylvania next month.

A calm, cool morning greeted archers in the Midwest. “The first half was pretty normal for Ohio in the morning – light wind and a little cooler,” said first seeded compound archer James Lutz. “I expected the wind to get way worse as it has in the past, but it only got a little trickier. This is probably the best year I’ve seen here in terms of weather.”

The top eleven qualifying compound men broke the 700-mark with Kris Schaff and Braden Gellenthien joining Lutz in the top three. “I cleared my head and was able to start shooting like I used to,” remarked Lutz.

Tanja Gellenthien ranked first for the compound women after shooting two nearly identical halves – 355, 354. Seeded second is Linda Ochoa-Anderson with a 702. Only a couple of points behind were Toja Ellison and Danelle Lutz ranking third and fourth respectively.

Ohio native Linda Klosterman sits atop the compound master women’s division with a score of 669. Kenneth Brunko ranked atop the master men’s with a 687. 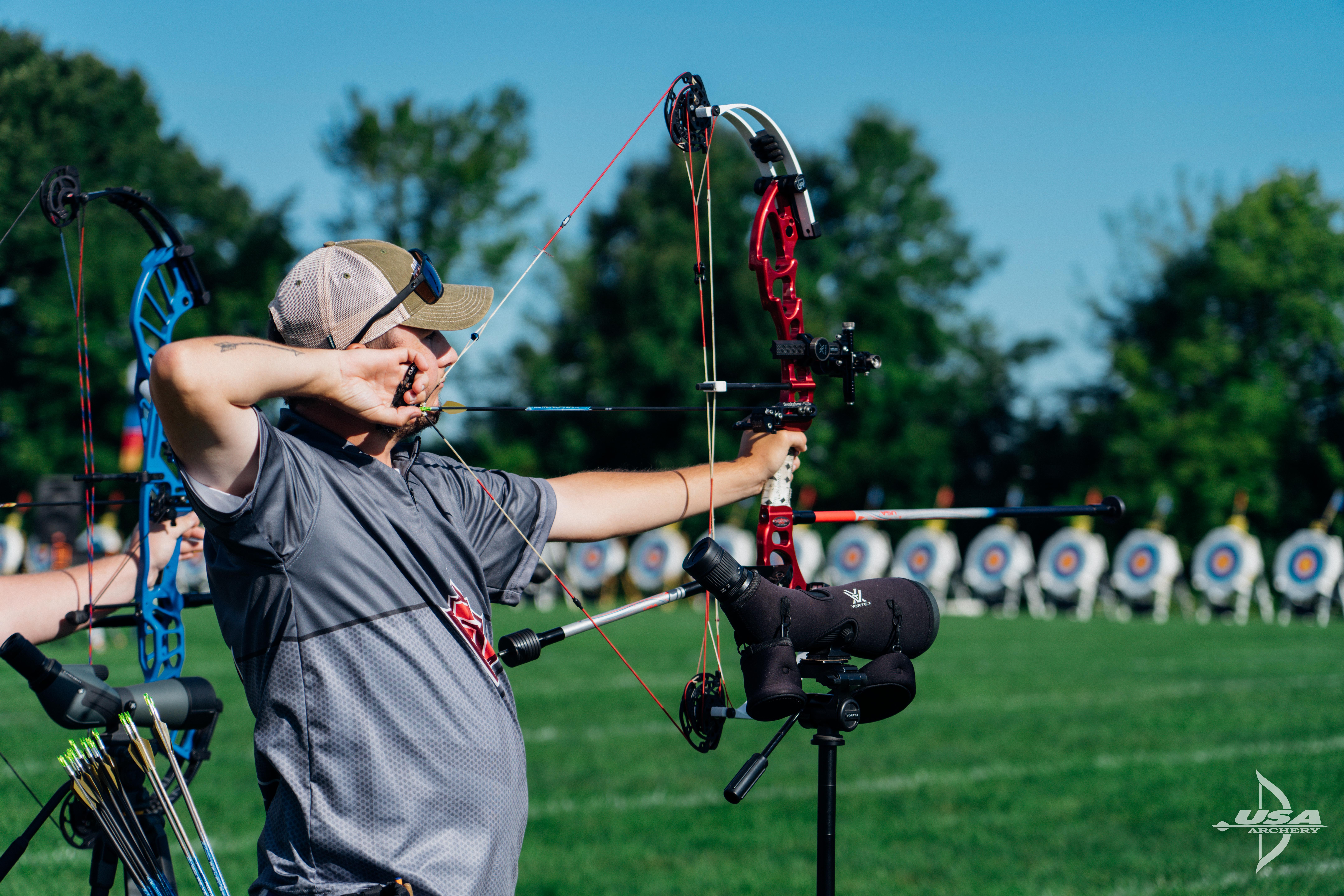 On the recurve men’s side, Brady Ellison reigns starting things off with a strong 345, finishing with a 685 to qualify first. Following Ellison are Jack Williams, Joonsuh Oh and Matthew Requa all shooting within a point of each other on the hotly contested field.

Casey Kaufhold scored 10-points ahead of her competition in the recurve women’s division to rank first. Erin Mickelberry and Savannah Vanderweir matched scores to qualify second and third behind Kaufhold.

Regardless of her 647, Kaufhold remarked that she had mixed emotions about her performance. “My first half was good, my second half left a lot to be desired,” said Kaufhold. “I was struggling a lot – I’d be at full draw, the shot felt good, and right before it went off, the sight was dipping left. I’ve never had that happen before so I was trying to battle through it. Mentally, I tried my best to stick with it – it’s hard to be happy when you’re not having a good day. Overall, I’m happy with my first-place finish, but I’m looking to shoot some better arrows tomorrow.” 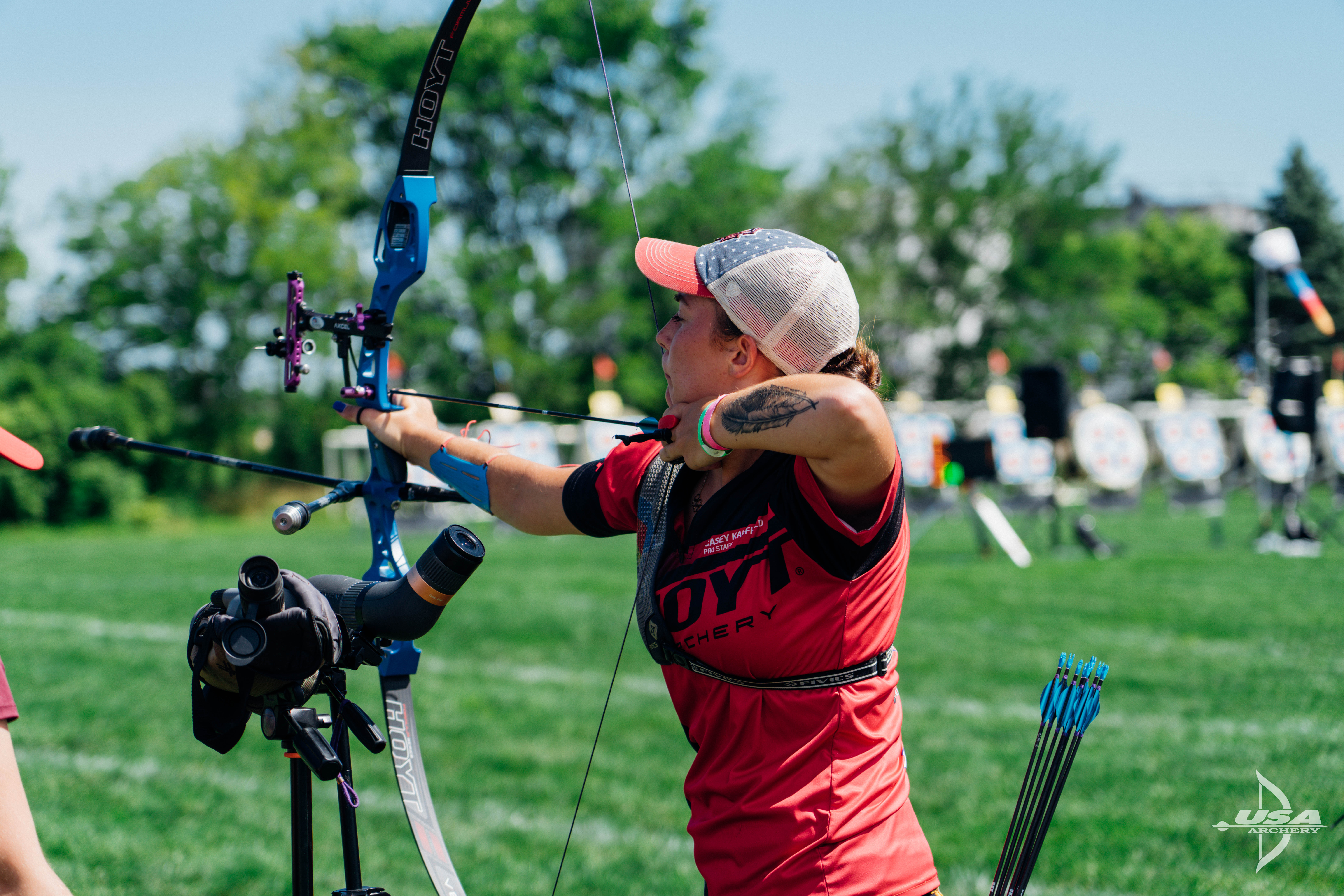 The open recurve divisions featured some tight scores as well. Kevin Mather topped the recurve men’s competition with a 599 over Frank Galea. Candice Caesar took the recurve women’s gold with a 516.

Local Fawn Girard had a strong qualification round scoring a 615 among the barebow women ahead of Christina Lyons and Vijaya Lakshmi. Richard Stonebreaker of Texas leads the barebow men's division with a 627 followed by Nolan Encarnacion and Matthew Seidemann. Shooting barebow 50+, Tim Shepard and Sabrina Harrigan seeded first in their divisions.