RALEIGH, North Carolina – The 2019 Junior Olympic Archery Development (JOAD) National Target Championships wrapped qualification today with the second 72-arrow round. There are a lot of new faces on the field this weekend, new friendships forged, huge leaps in personal bests, records in scores (and heat), a few birthdays celebrated, and many great accomplishments achieved.

One crowning achievement this afternoon was Joonsuh Oh’s cadet national record and possible world record (pending verification) of an outstanding 1350: “It was really nerve-wracking and I struggled a lot,” commented Oh. “I think I got over it with the help of my coach. I just found a rhythm and this just means everything. I’ve been shooting for three years and a few months and this is amazing.” 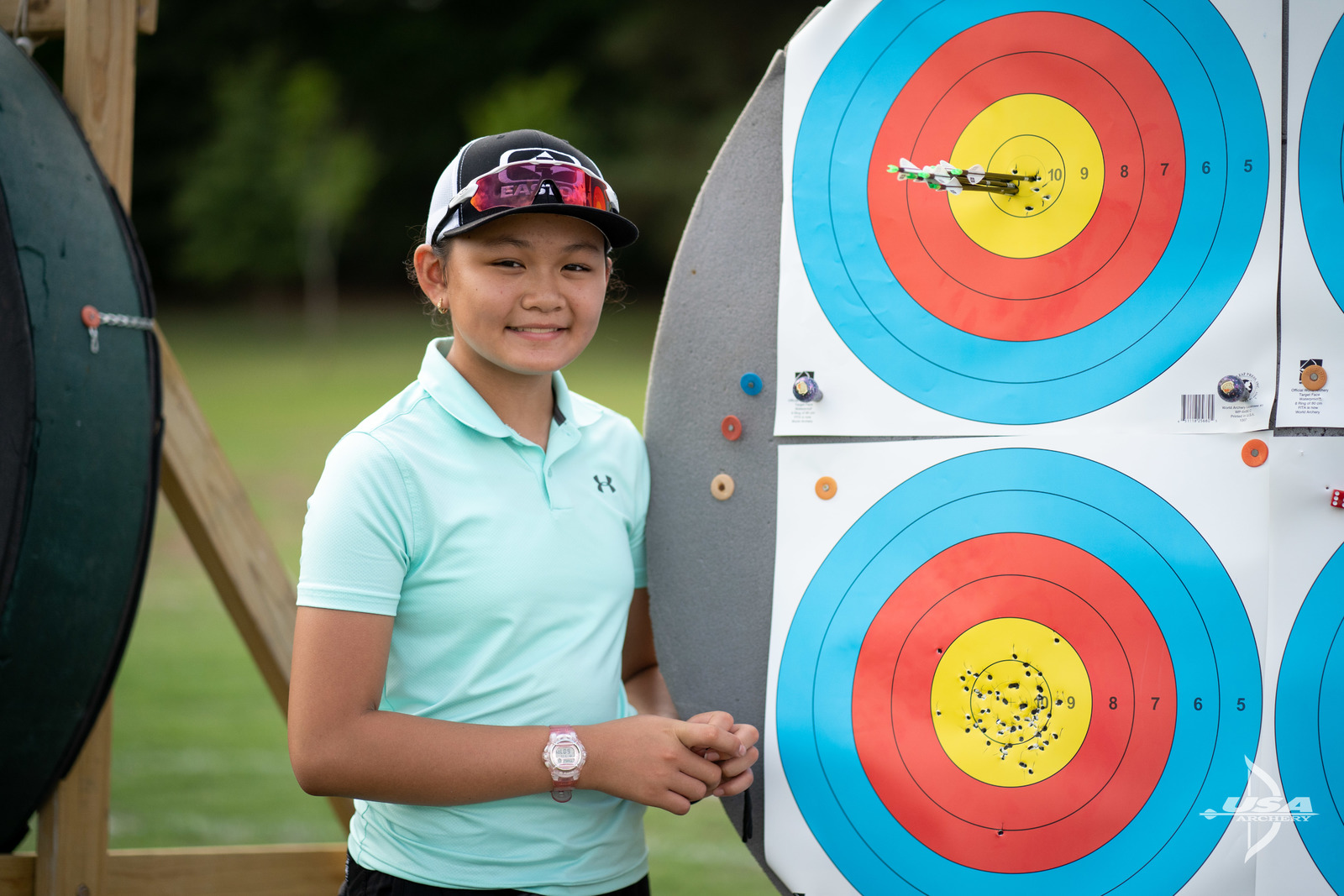 Compound bowman top scorer Liko Arreola was lights out today with a 358/360 in her first half and a perfect 360 in the second to finish overall with a new national record of 1428. “I have been shooting for five years and I practice every day, so breaking this record feels really good,” shared Arreola. “I like competing with other people and my goal is to go to the world championships one day.”

Timothy Smith has a unique story. He is the only archer at this tournament competing in two divisions: recurve and compound cadet men. Ranking in the top twenty in two of the most competitive divisions on the field, Smith is proficient in four bow types and has been preparing for this challenge: “I’ve been practicing for it, I did how I expected and it was a lot of fun,” shared Smith. “I don’t always shoot 72 arrows, but I shoot a consistent amount. I made the RED team recurve and I know a lot of people who shoot compound and I’ve been friends with them for a few years so I shot compound so I could shoot with them too.”

Olivia Artz scored a personal best today, finishing with a 1,058 to qualify first for the barebow junior women: “It feels really crazy. I did not expect that,” commented Artz. “This is my first outdoor tournament of the year. There is no competition because we’re all just such great friends that we want each other to do the absolute best that we can, so we love each other so much. I love the girls in my division, so it was really fun seeing everyone - including my teammate, Elizabeth - shoot as great as she did.” 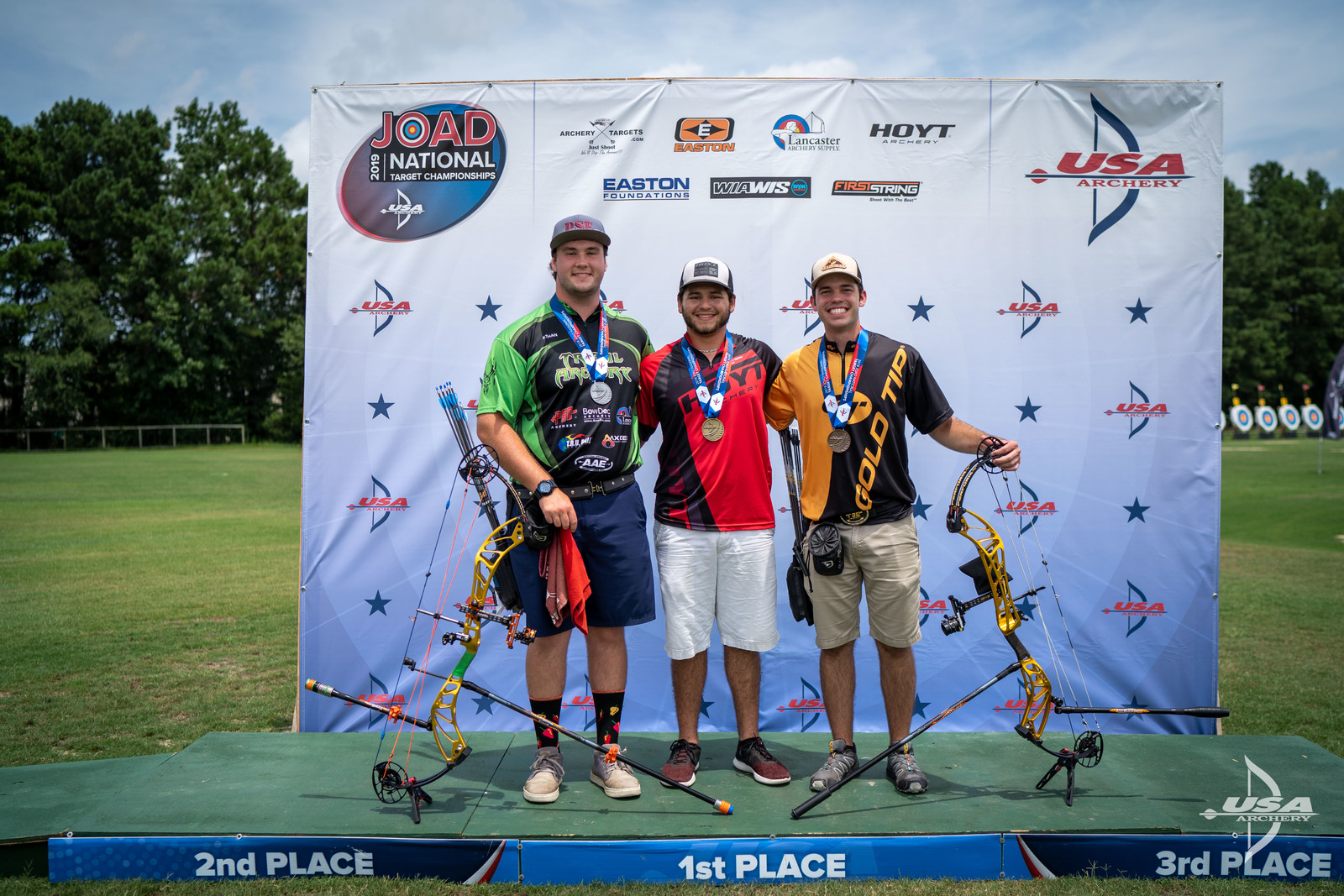 Carson Sapp topped the compound junior men’s division with his first score over 700 in a while: “I got bronze last year, so this was good. It’s the first time I’ve broken 700 in a while so it feels good to get that one off. Luckily I’m out on summer break right now, so I get a little more time to practice, but being at Mount Marty College, I have a lot of access to train a lot and it keeps me up to the level I need to be.”

Riley Tateyama was the qualification gold medalist for the recurve bowman women with a 1372. She shared: “It was fun and exciting. It means a lot because I was training hard and practicing a lot.”

Competition resumes tomorrow with elimination matches through the finals. Complete results from the competition are available here. Photos are available on USA Archery’s photo site. For more, follow USA Archery on Facebook, Twitter, and Instagram.