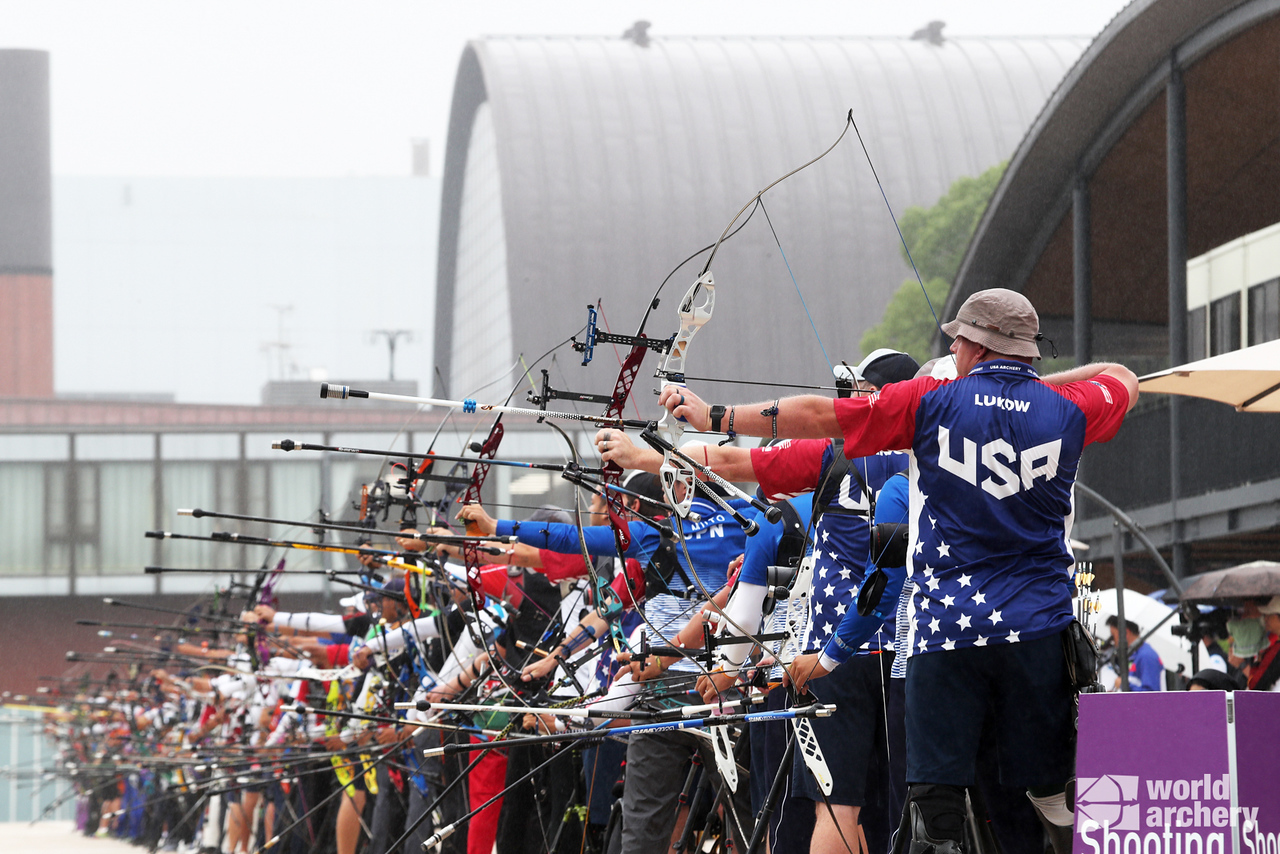 The Test Event is a dress rehearsal to confirm and improve the competition and Games operation capabilities to ensure a successful operation during the Olympic and Paralympic Games. The event will run similarly to the 2020 Games and in the same venues.

Ready, steady rain set the tone for qualification this morning, but World Archery Champion Brady Ellison prevailed and seeded second with a 677. Jack Williams posted an impressive 665 to rank 6th among a strong field of the world’s likely 2020 Olympians. Teammate Tom Stanwood was 39th with a 646.

For this event, Olympic and Paralympic hopefuls are combined into one division. Para team world champions Michael Lukow and Timothy Palumbo ranked 56th and 64th  respectively, making the cut to eliminations.

The Test event also features a mixed team event, which will debut on the Olympic program in 2020. Ellison and 15-year-old Casey Kaufhold ranked 6th. Kaufhold was 33rd individually with a 643. Teammates Erin Mickelberry and Khatuna Lorig ranked 37th and 45th.

The strong compound open men’s team, featuring world medalists Ben Thompson and Matt Stutzman, two thirds of the world record shattering team from last month in the Netherlands, qualified first with Andrew Pike and sailed through matches to seal a spot in the gold final against Russia. The heavy favorites for the win had a few struggles in the match, scoring two misses following release failure for Pike. Russia capitalized on the open door and took the win 223-204.

Tink Wallace, Martha Chavez and W1 Lia Coryell also finished with silver to Russia in the compound open women’s team event. The trio posted a 204 to Russia’s 219 to finish on the podium.

Competition resumes with individual finals tomorrow, where Thompson and Stutzman will go head to head for gold – a rematch of their para worlds semifinal match. Follow live results: https://bit.ly/2S0Kq85.