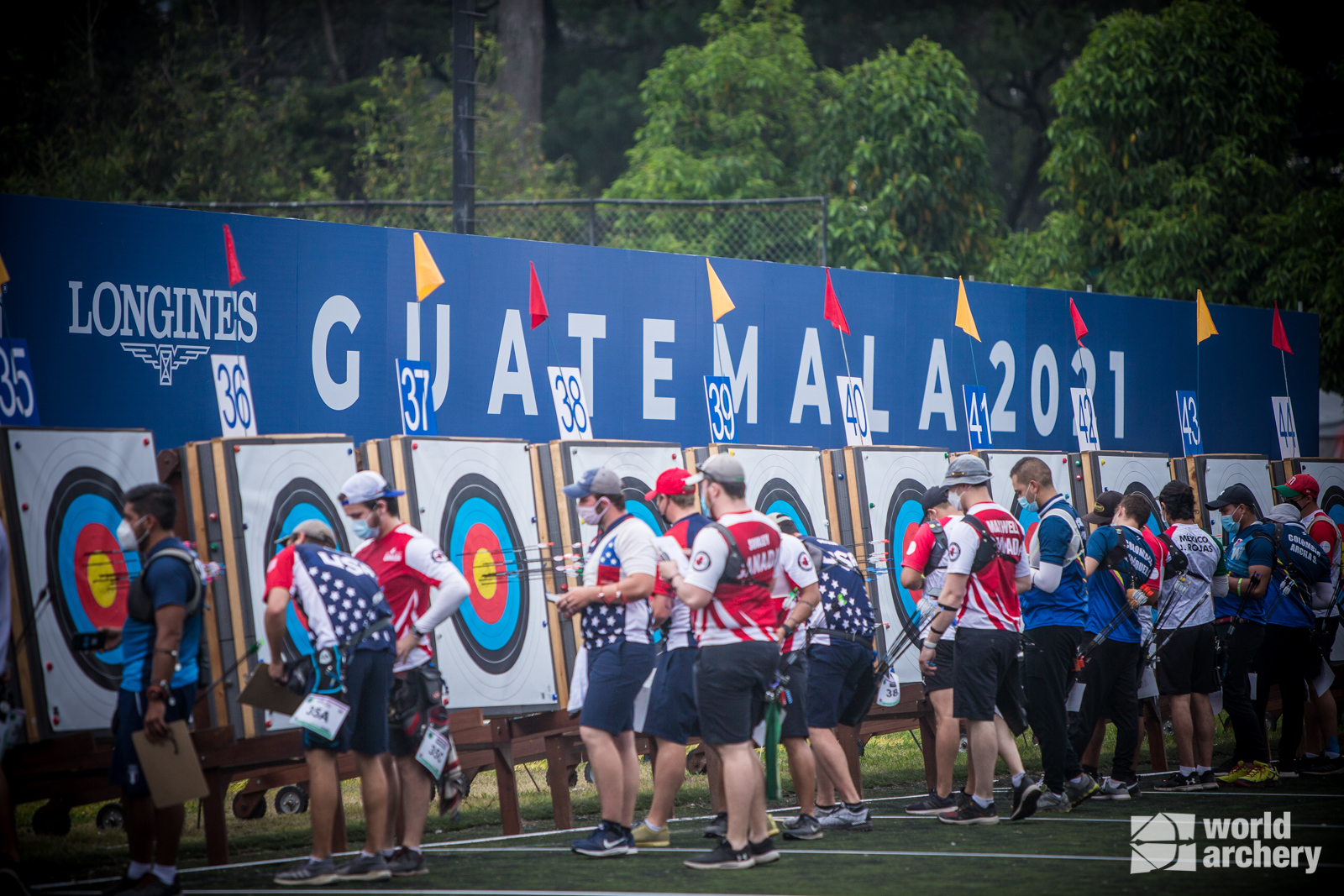 “Starting the day, I really wouldn’t have thought that I would have shot a 707,” Pearce told World Archery. "My first half felt a little bit rough, and then I don’t know what happened, we finished and then that second half it just really all just clicked and came together, and it felt right.”

She dropped just two points in the final four ends to jump to the top of the rankings.

Teammate Alexis Ruiz, who has medaled at every world cup stage in which she’s appeared, positioned herself 3rd with a 702. Linda Ochoa Anderson, in her USA premiere, posted a 695 to qualify 7th and put the team solidly in 1st for the team event.

Savannah Vanderwier narrowly missed joining her teammates in the top 8, ranking 9th with a 693 in an impressive debut world cup event.

Braden Gellenthien secured a 2nd place seed for the compound men with a 711, behind an incredible 717 from the Netherlands’ Mike Schloesser. Kris Schaff also secured a top 8 berth, scoring a 709 to seed 5th. Reo Wilde was 10th with a 706, also putting the men’s team in the top position.

Gellenthien and Pearce also secured the top seed for the mixed team event.

Brady Ellison topped the recurve men’s ranking round with an outstanding 14-point margin to his 694. Josef Scarboro had a strong start to his inaugural world cup event, holding firm on the top of the rankings through the first half of the tournament; he ultimately ranked 6th with a 676. Along with teammate Matthew Requa’s 12th place 666, the trio seeded 1st for the team event with a solid lead. Casey Kaufhold and Mackenzie Brown finished with coveted top 8 rankings, scoring 668 and 663 respectively to qualify 4th and 8th. Kelsey Lard rounds out the trio, ranked 6th as a team.

Kaufhold and Ellison, who currently lead the U.S. Olympic Team Trials rankings, seeded 1st for the mixed team event, which will make its Olympic debut in Tokyo later this summer.

Complete results from today’s competition are available here. Shooting resumes tomorrow with the first of two days of early elimination matches. Friday features team matches through the bronze finals; Saturday hosts the compound finals and Sunday, the recurve finals. Weekend finals will be streamed on World Archery’s YouTube channel and via the Olympic Channel.