International Events Update: Team USA Podiums at Para and Collegiate Events and Powers on in Tokyo The compound open men’s team for this event, which will be the last chance qualifier for the Tokyo 2020 Paralympic Games next year, featured USA’s world champion Ben Thompson and world bronze medalist and Paralympic silver medalist Matt Stutzman. In the team event, USA was heavily favored for the gold, but release failure for third teammate, Andrew Pike, cost the team the final win and they finished with silver yesterday.

Stutzman and Thompson then faced off for individual bronze today, and it was Thompson’s release that did not go off on the first arrow, posting a miss for his first score.

It may have seemed the match would be over, but the world champion fought through, with higher scores, picking up points to close the gap to just seven points after two ends. Halfway through the match, the skies opened and heavy rain began to pour.

With a perfect 30 in the fourth end, Stutzman increased his lead and never looked back, taking the win 140-132.

W1 Lia Coryell climbed the brackets from a 6th place seed to a spot in the bronze final. Coryell opened with a 6-point deficit to Italy’s Pellizzari. Pellizzari ran away with the match, taking the win 136-117.

Complete results are available at: https://bit.ly/2S0Kq85.

Complete results are available at: https://bit.ly/30k43e3. 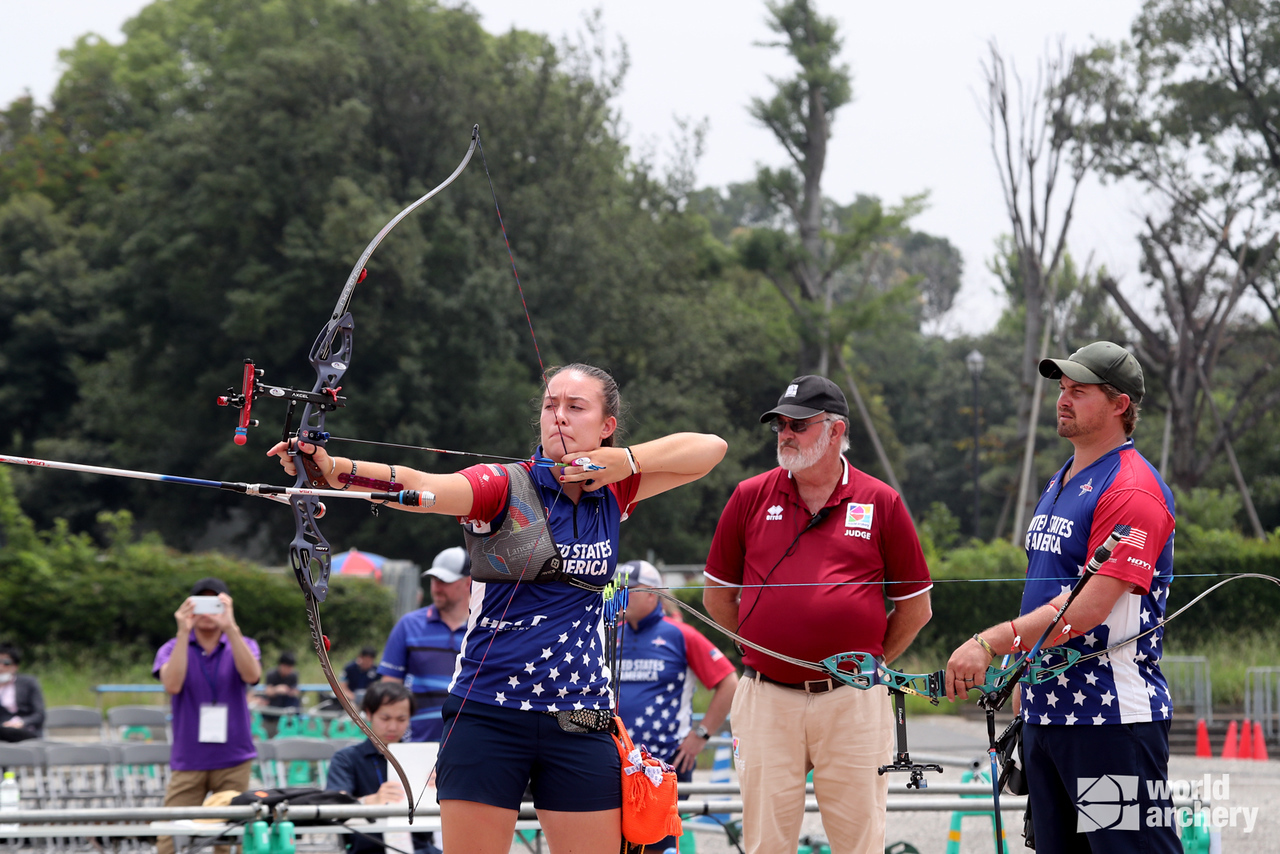 The Test Event, a rehearsal event for the 2020 Olympic and Paralympic Games’ runs similarly to the 2020 Games and in the same venues, but features only individual and mixed team competition. The mixed team event, which will be make its debut on the Games’ program next year, was contested today.

World Champion Brady Ellison and Casey Kaufhold qualified 6th and faced Germany in the 1/8th – USA took the first two sets to lead 4-0 but Germany pulled back to a 4-4 tie and shoot off. Two perfect 10s for the U.S. sealed the win to advance to the quarterfinals against Chinese Taipei. Taipei then took a 4-0 lead and then a split final set with 36s gave them the win 5-1.

Competition resumes tomorrow with the start of individual elimination matches. Like the games, all matches run one at a time on the big stage and USA’s Paralympian Michael Lukow will be front and center for the first contest. Results are available here.