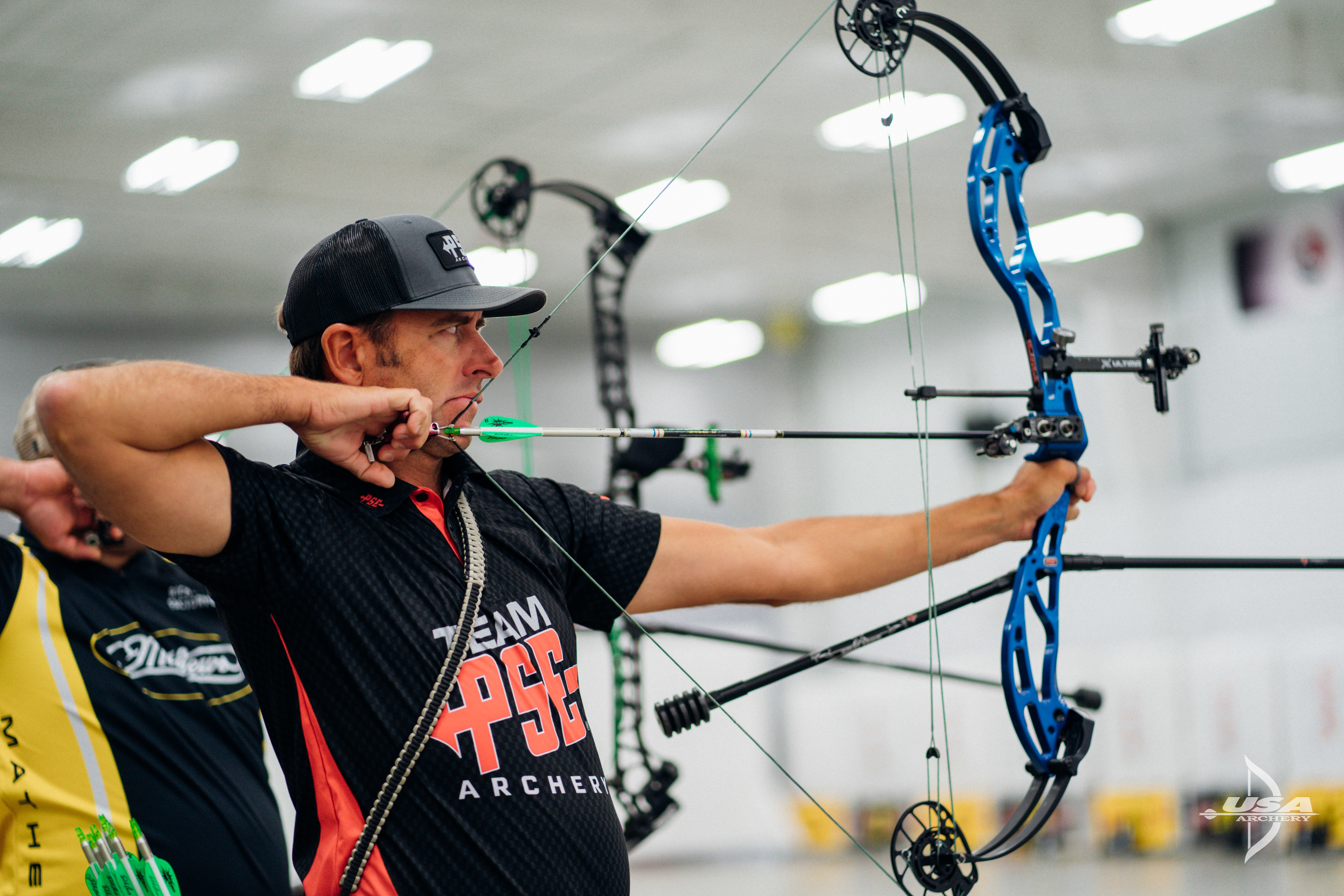 LOUISVILLE, Ky. – The 2022 USA Archery Indoor Nationals Final is a spotlight shootdown where the top eight archers across all ages from this indoor season go head-to-head for $65,000 in prize money with payouts to all places. The event will be held at the Kentucky International Convention Center in Louisville, Ky. on March 17.

Let’s take a look at the compound men and women that will be taking on the big stage next week.

The compound men’s bracket had the tightest scores, with just 15 points separating the top 15 archers from the combined ranking rounds of the 53rd USA Archery Indoor Nationals. A three-way tie for 8th place made the cut highly contentious with USA Archery’s biggest prize purse of the year on the line.

World Champion and former World No. 1 Dave Cousins (Standish, Maine) is seeded 1st after posting an 1195 in qualification. Kris Schaff (Billings, Mont.) and Kyle Douglas (Liberty, Utah) tied for 2nd with a qualifying score of 1194. Schaff is a World Cup Champion and the World No. 4. Douglas is reigning Indoor Final Champion and will be eager for another gold this year.

The most decorated archer in world cup history,  Braden Gellenthien (Hudson, Mass.) the current World No. 3 is a World Indoor Champion, seeded 4th after scoring an 1192 in qualification.

In the compound women’s bracket, Paige Pearce (Red Bluff, Calif.) claimed the 1st seed, scoring close to her long-standing national record with an 1185 after a 596 first half. Pearce is a World Field Champion and World Indoor Team Champion and has never lost the Indoor Final. 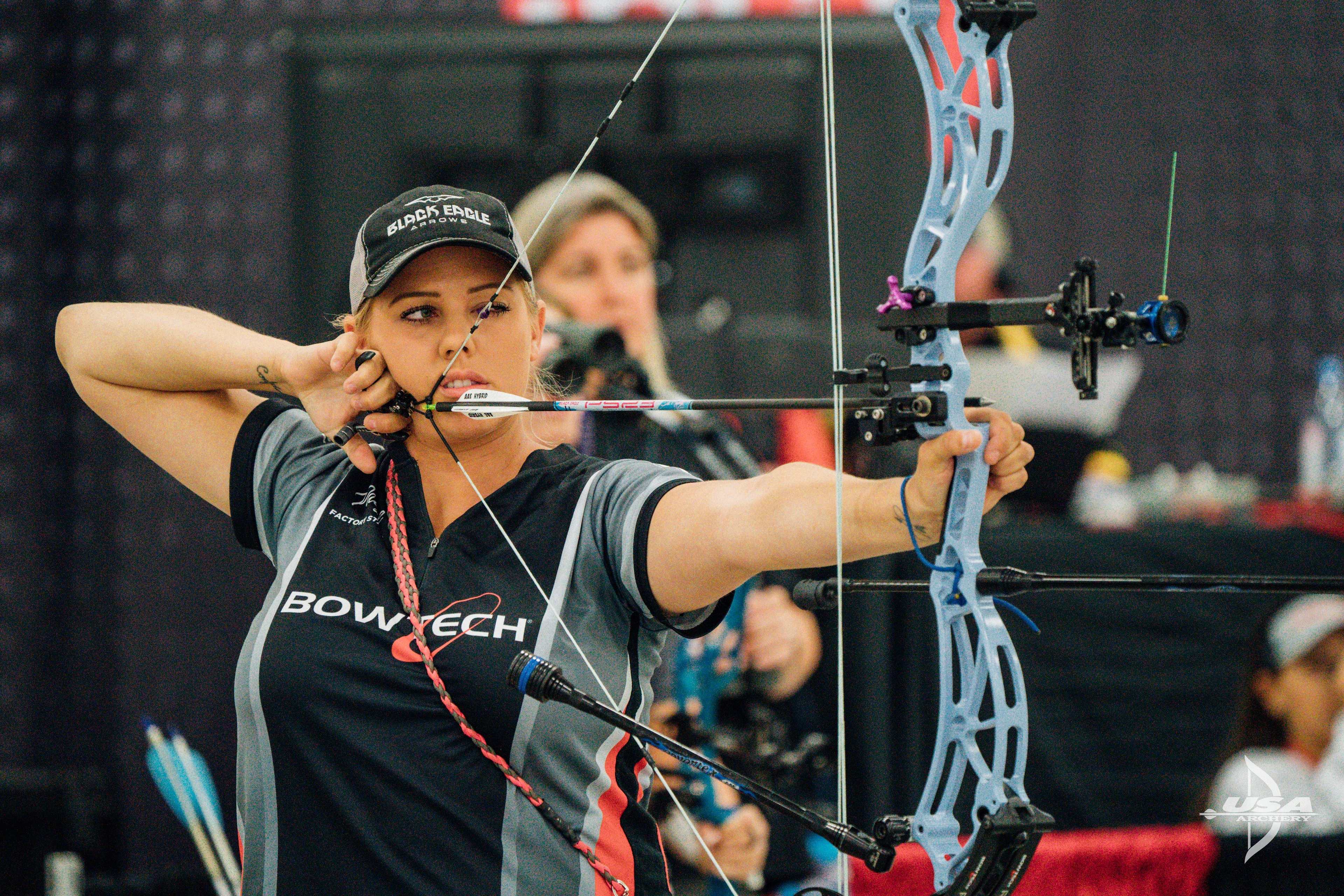 The past two editions of the Indoor Final have come down to Pearce and Alexis Ruiz (Glendale, Ariz.), but with Ruiz ranked 4th, the two may meet in the semifinals in Kentucky. With several new names of up-and-coming young talent in the bracket, these matches promise big excitement.

Following Pearce in the lineup is Liko Arreola (Makawao, Hawaii). At just 14-years-old, Arreola became the youngest archer to ever score a 900 at the Vegas Shoot, a feat which she repeated on her way to the big win just last month.

Linda Ochoa-Anderson (Grantsville, Utah) qualified 3rd for the Final, scoring an 1176. Ochoa-Anderson is also a highly decorated archer with many international indoor podium finishes to her name.

Olivia Dean (Manahawkin, N.J.) and Toja Ellison (Miami, Ariz.) are seeded 5th and 6th respectively after each scoring 1172 in qualification. At 15-years-old, Dean is making a name for herself as a tough competitor. Ellison is the World No. 3 women’s compound archer and a World Field Champion, European Games Champion and won the silver at the 2021 Hyundai Archery World Cup Final.

14-year-old Kaylee Gurney (South Jordan, Utah) is another young archer to keep an eye on. Gurney qualified 7th for the Final with 1163, just two points ahead of 18-year-old, U21 USAT standout Makenzie Weatherspoon (Lehi, Utah).

To follow the Final on March 17, follow USA Archery’s live results page. The quarterfinals will begin at 3:00 pm ET, and the gold medal matches will stream live on Competition Archery Media and USA Archery at 5:00 pm ET.

Preview the barebow and recurve lineups.