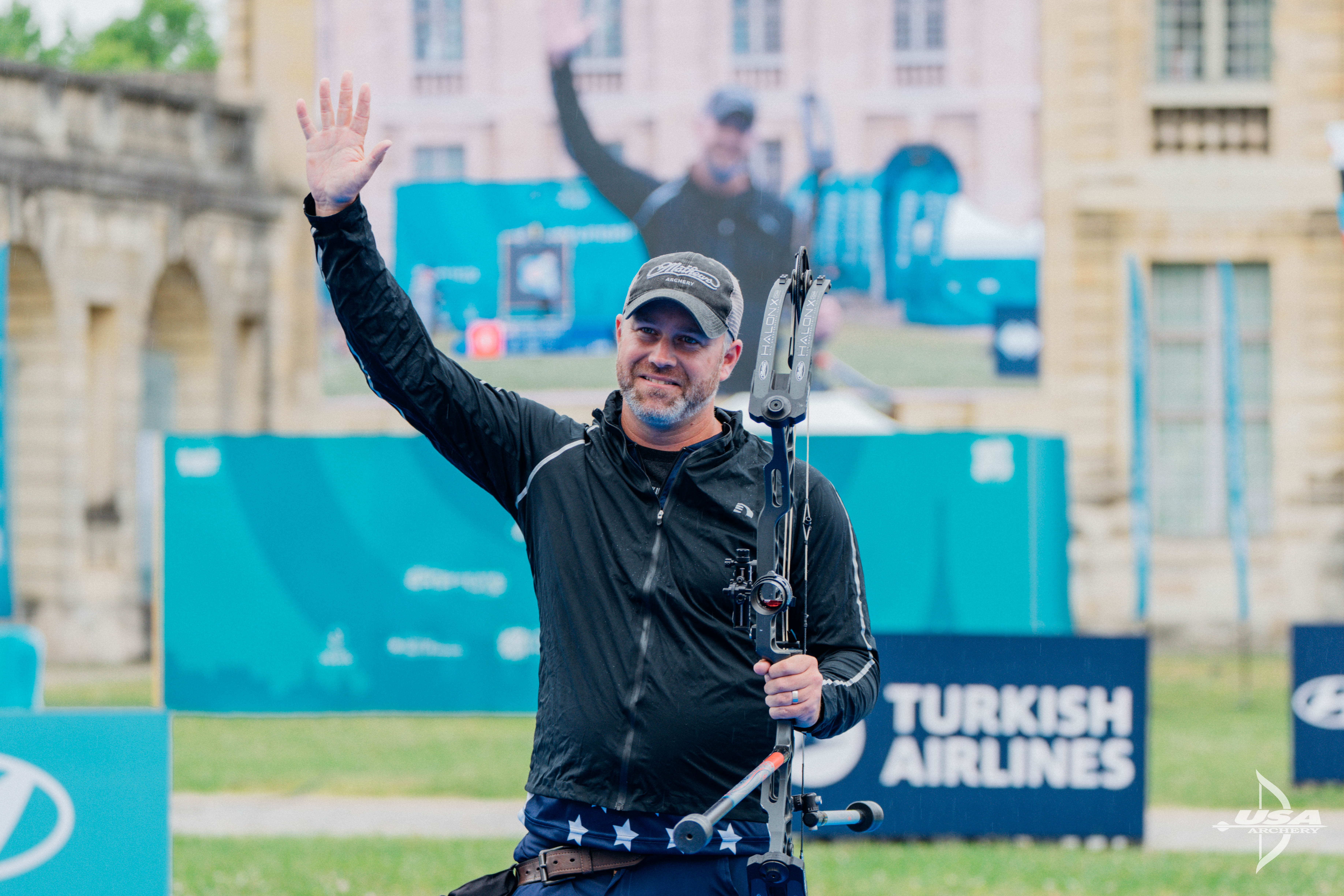 PARIS, France – The World Cup Paris migrated to the historic Chateau de Vincennes where Braden Gellenthien won bronze in the men’s compound. Located on the eastern edge of Paris, the former fortress and royal residence provided a dramatic backdrop for the medal rounds.

The long-forecasted rain started drizzling as Gellenthien took to the field for his semi-final match against Nicolas Girard of France. After starting with two 29s, Gellenthien couldn’t keep pace with Girard’s perfect score ultimately losing the match 147-150. “I started with a 9 to which Nicolas seized the opportunity and never let up,” said Gellethien. Girard later went on to win first overall. 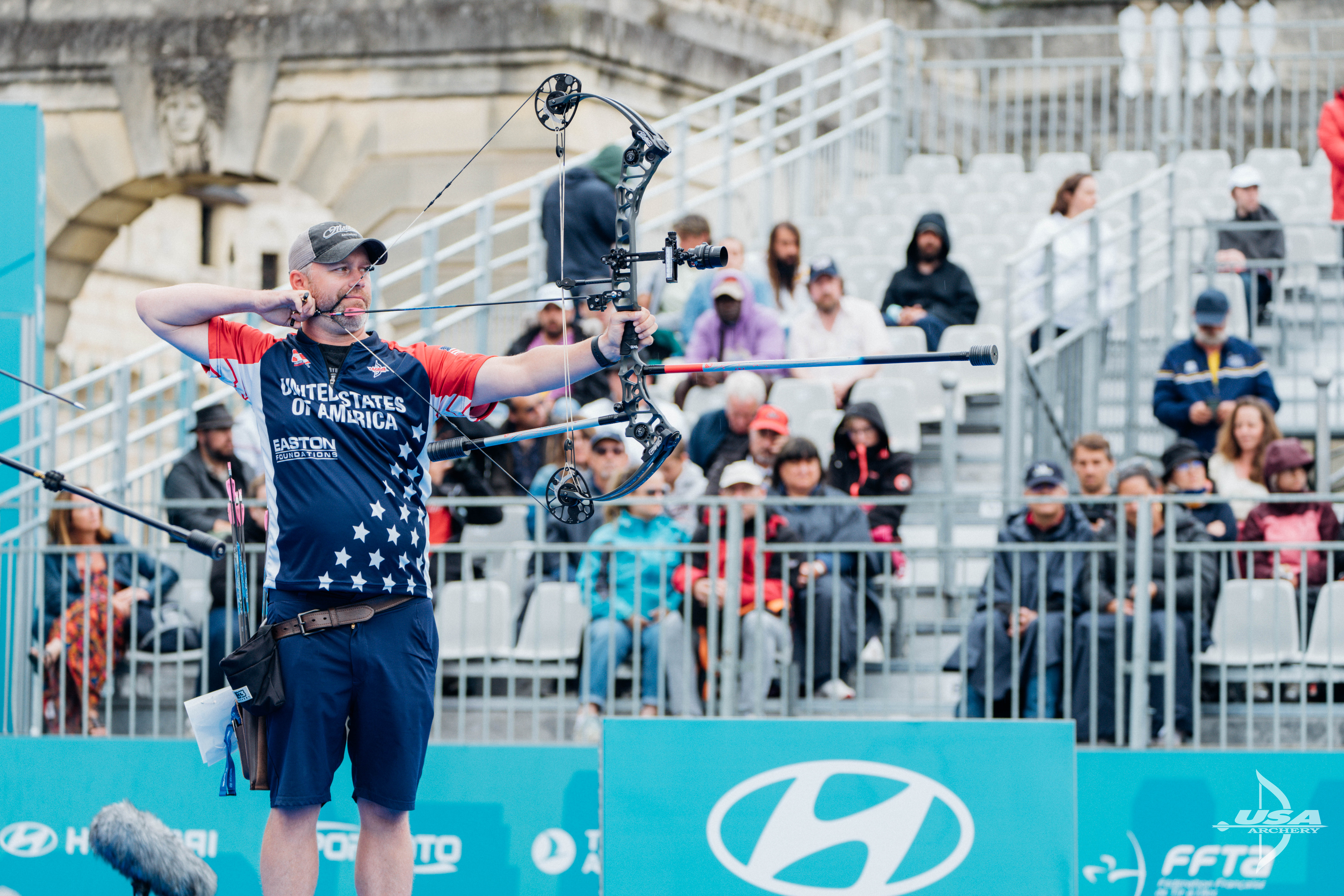 Gellenthien, the most decorated archer in World Cup history, went on to compete for the bronze medal against Puerto Rico’s Jean Pizzaro. Gellenthien shot an almost flawless match against his competitor to claim third place. “Anytime you come this deep in a tournament and you don’t win, it hurts more than it feels good when you get third,” said Gellenthien. “This just lit the fire in my belly a little bit more and I’m going to be after Girard in Colombia.” 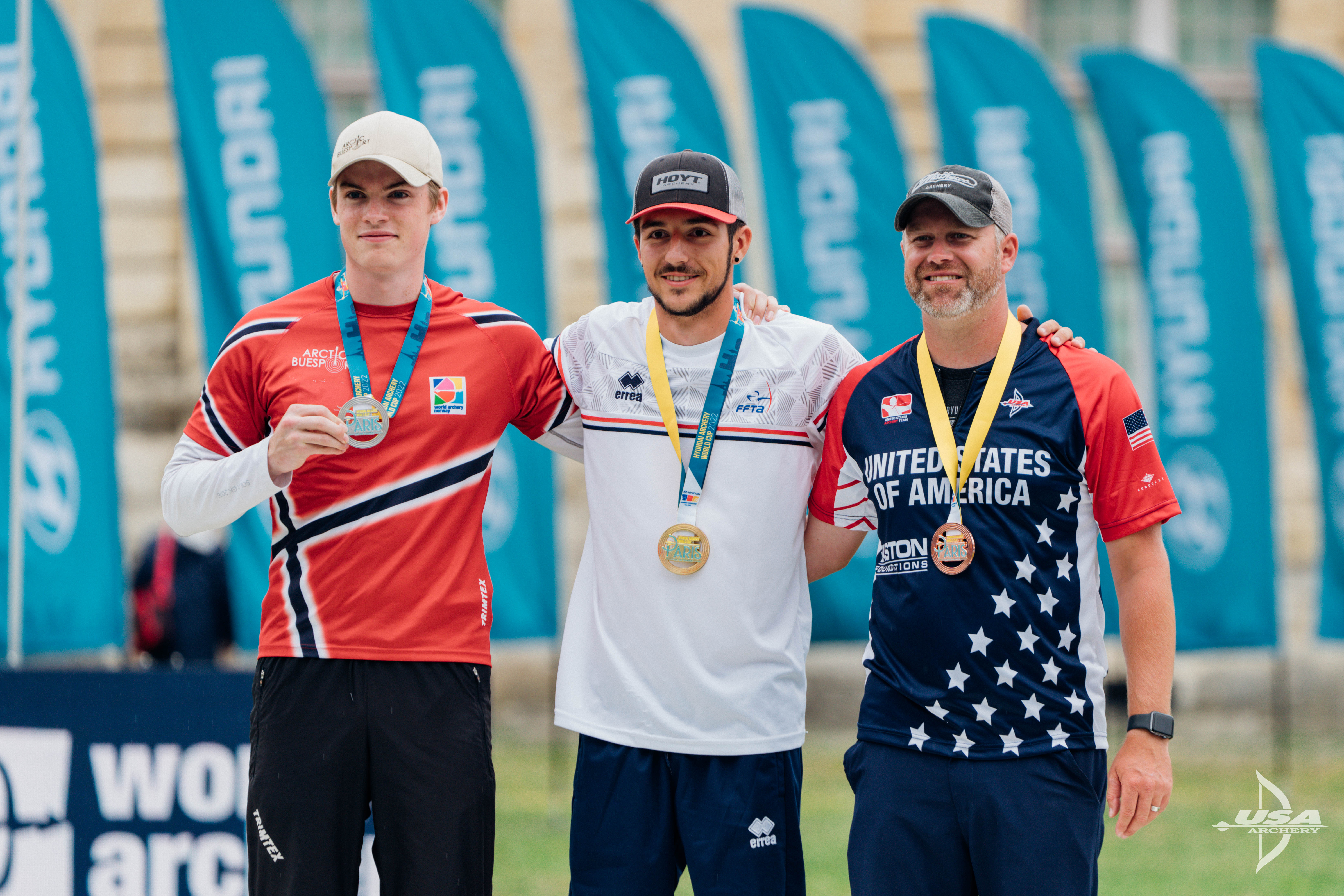 The final day of the competition is Sunday featuring gold medal matches for Casey Kaufhold and Brady Ellison in mixed teams and the recurve men’s team of Ellison, Jack Williams and Matt Requa.

Results are available at archery.sport and photos are on the USA Archery Smugmug. The finals will stream live on the Olympic Channel.