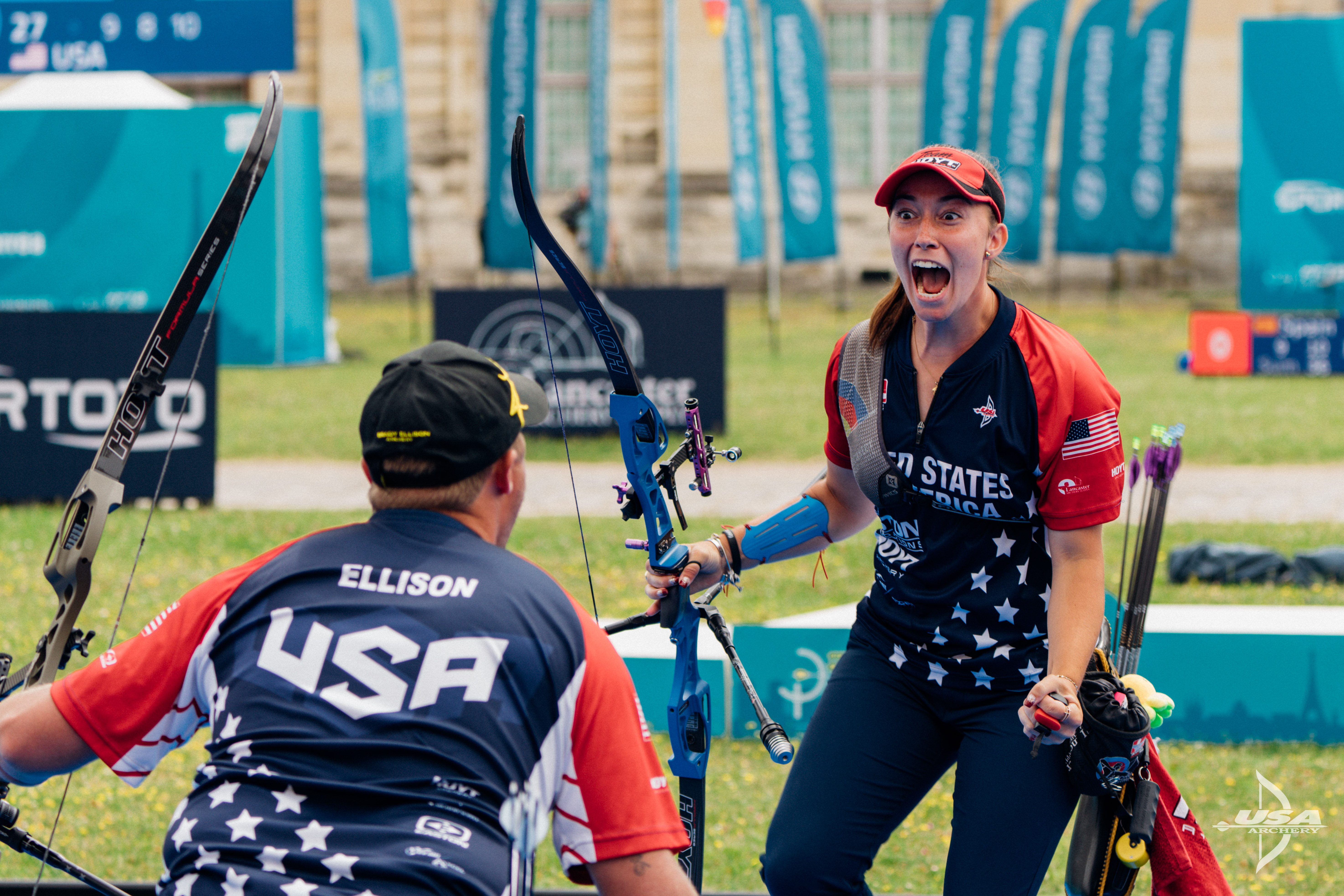 PARIS, France – The dynamic duo of Casey Kaufhold and Brady Ellison have won the mixed team gold at the third and largest stage of the 2022 World Cup season in Paris. The USA men’s recurve team also podiumed in second place on the final day of competition. Overall, the U.S. team is bringing home four medals from France.

The iconic Chateau de Vincennes set the stage for the mixed team match between Kaufhold and Ellison shooting for the U.S. and Fernandez Infante and Alvarino Garcia from Spain. The energy was palpable with fans cheering in the background as Kaufhold and Ellison strode onstage exchanging high fives and laughs.

“Most of the time we try to keep the mood light and happy. It was great having the positive energy with the U.S. fans in the stands. It’s just what you need in that stressful situation,” said Kaufhold.

Ellison added, “Mixed team is interesting and can be tough, but with Casey, it’s easy because we get to go out there and have a good time together.”

With a 36-36 split to kick things off, it wasn’t going to be an easy match for the U.S. team who narrowly pulled away with the second set. The pressure mounted on Kaufhold who could win with the final arrow – no less than a 10.

“On that last arrow, I knew I needed the 10 to get that set. And I knew could shoot one more good shot, so that’s what I did,” explained Kaufhold.

In her third season of World Cup competition, this is Kaufhold’s first gold medal. She added, “Even after we finished the prelims, I said to Brady, ‘This one feels different, this is the time." 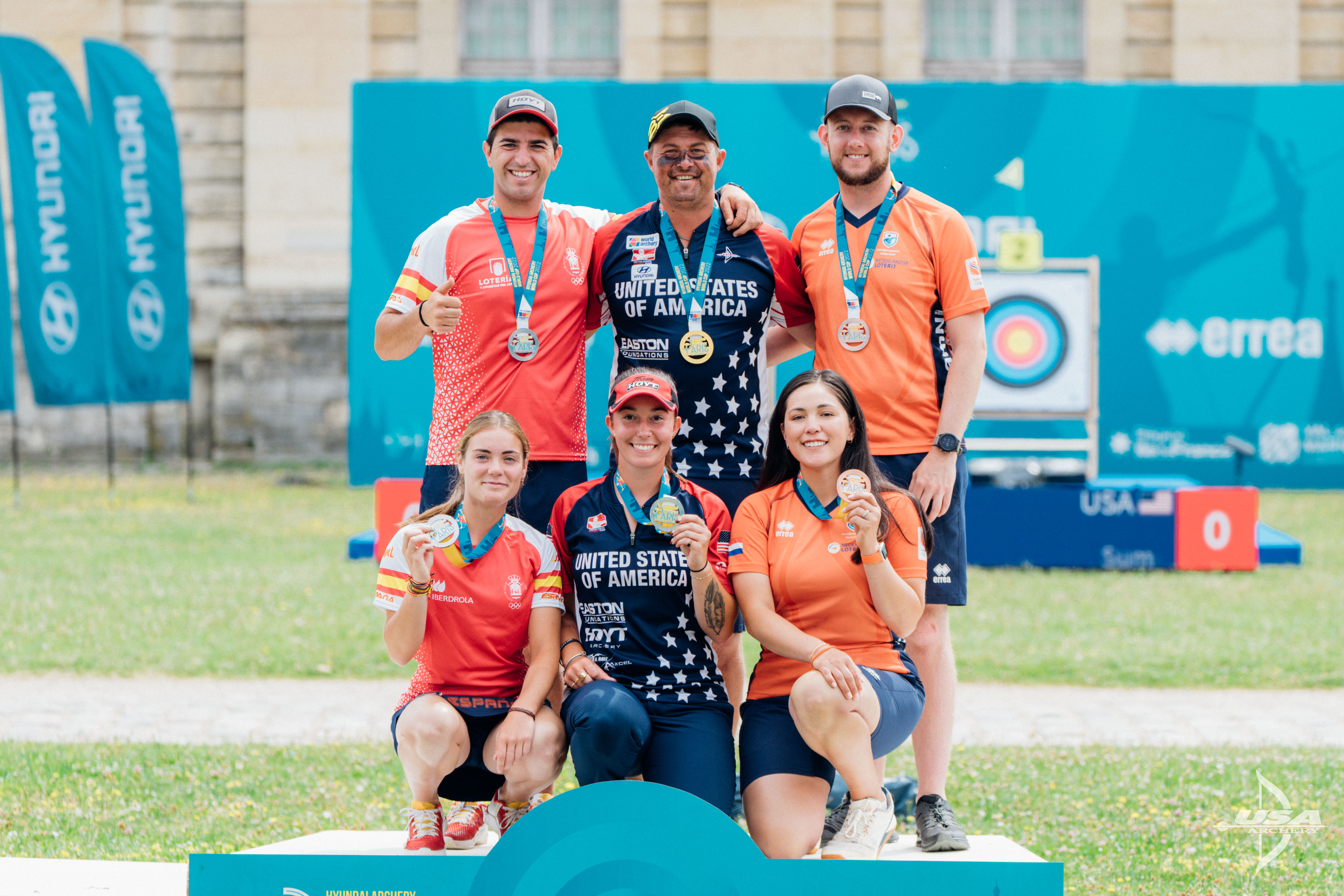 The recurve men’s team returned to the second step of the podium after history repeated itself in the match against Korea. Ellison, Matt Requa and Jack Williams were hoping for a shot of redemption after winning silver at the 2021 Yankton World Championship, but it wasn’t in the cards for this event. The American team fell 0-6 to earn the silver medal again. “It’s a beautiful venue and there was a lot of hype for this match,” said Requa. “We didn’t shoot as well as we could have, but Korea is tough and we still got second so it’s certainly nothing to shake a leg at.” 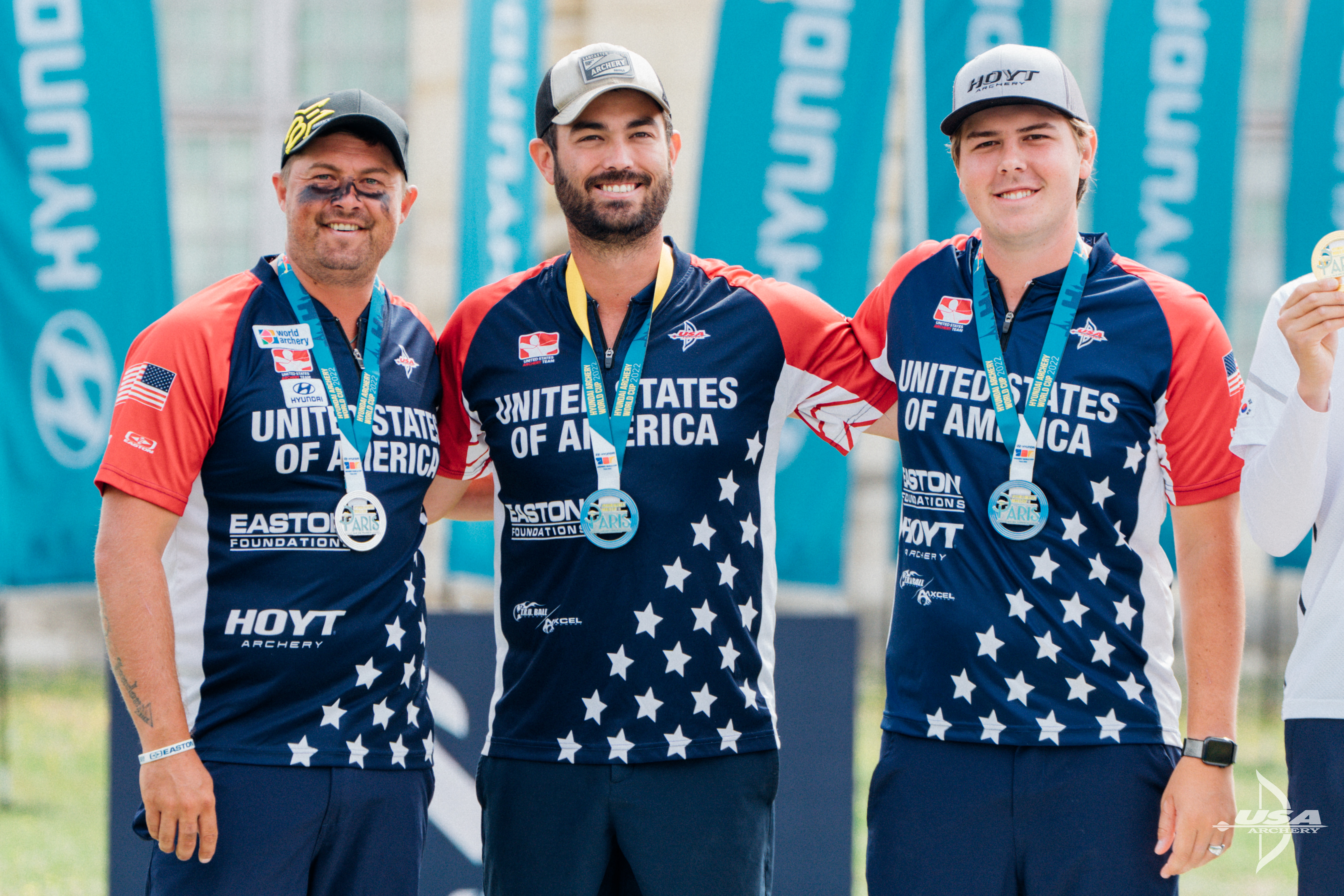 The fourth stage of the World Cup takes archers to Medellin, Colombia July 18-24. Results from Paris are available at archery.sport and photos are on the USA Archery Smugmug.