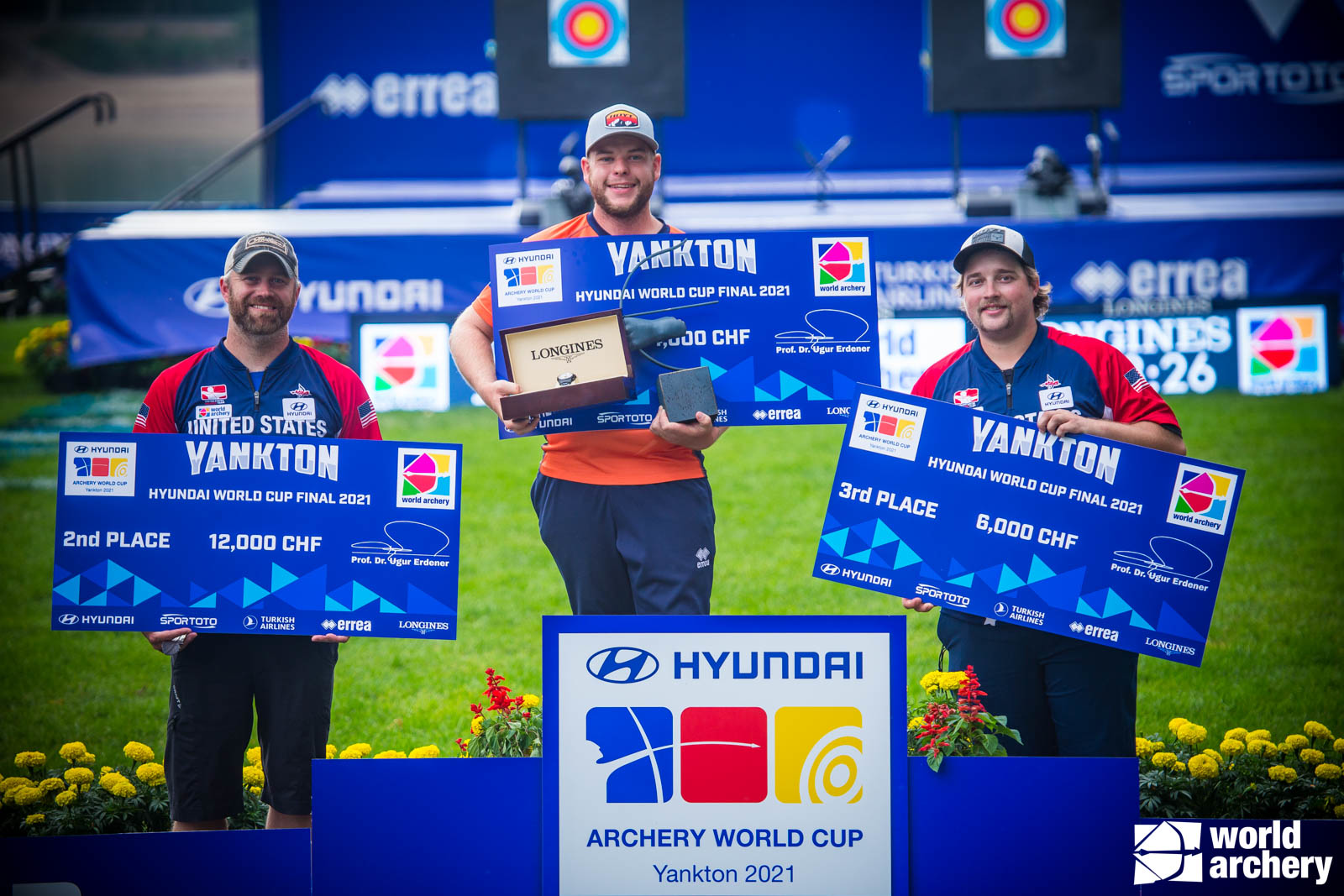 YANKTON, South Dakota – The Archery World Cup Final wraps the 2021 season with the elite top eight archers from the year’s circuit. As the host nation, USA Archery was guaranteed a spot in each category, but as the winner of the year’s Nations Trophy, most athletes qualified on their own strong performances all year.

Braden Gellenthien won stage 1 in Guatemala where teammate Kris Schaff finished with bronze, and when Schaff took silver in Paris, he earned enough points for a return to the Final. As teammates, they both won bronze in Guatemala in the team event, and silver in Paris as well. 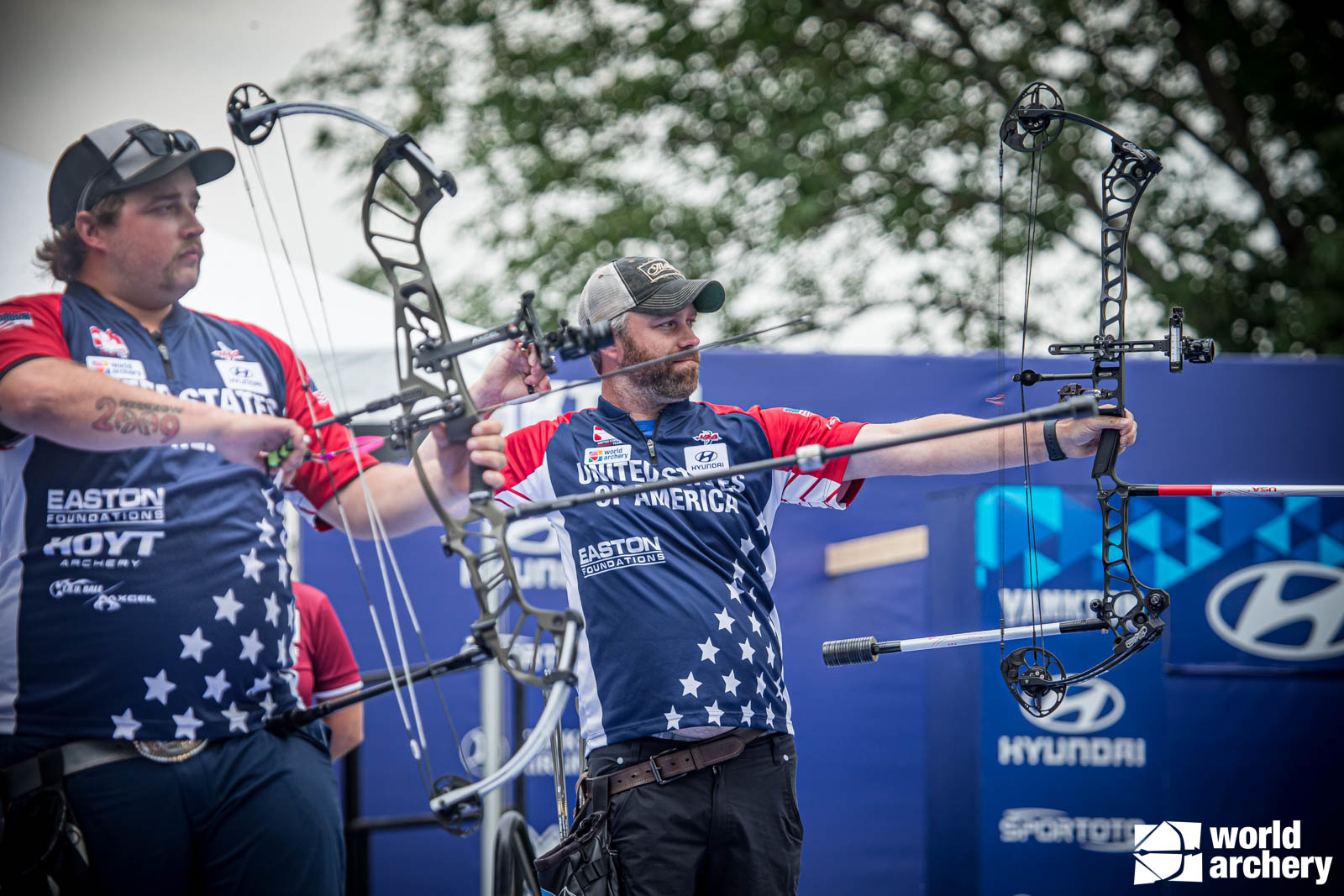 Coming into the Final, which draws brackets randomly, Schaff and Gellenthien ended up in the same bracket, meeting in the semifinals. The two matched arrow for arrow for the first two ends, drawing level at 59, before Schaff pulled ahead with a perfect 30 to lead by two. Over the final two ends, Gellenthien regained footing and never left the 10 to take the win 147-146.

In the bronze final, Schaff met World No. 2, new kid on the block, Mathias Fullerton of Denmark. Each shot 4 perfect 30s, and one 28, to match at the end with 148 apiece. Schaff shot first in the shoot off and just drilled the center of the X ring – as near perfect as possible. Fullerton couldn’t beat Schaff’s arrow and Schaff claimed the bronze.

Gellenthien faced World No. 1 Mike Schloesser in a repeat of the 2019 gold final. Both were two of the only compound men in history to win the title twice and the race was on to be the first to take a third Final – turning the pressure way up. Both opened with 29s, but Schloesser pulled ahead and never gave Gellenthien an opportunity to recover, finishing 148-144. 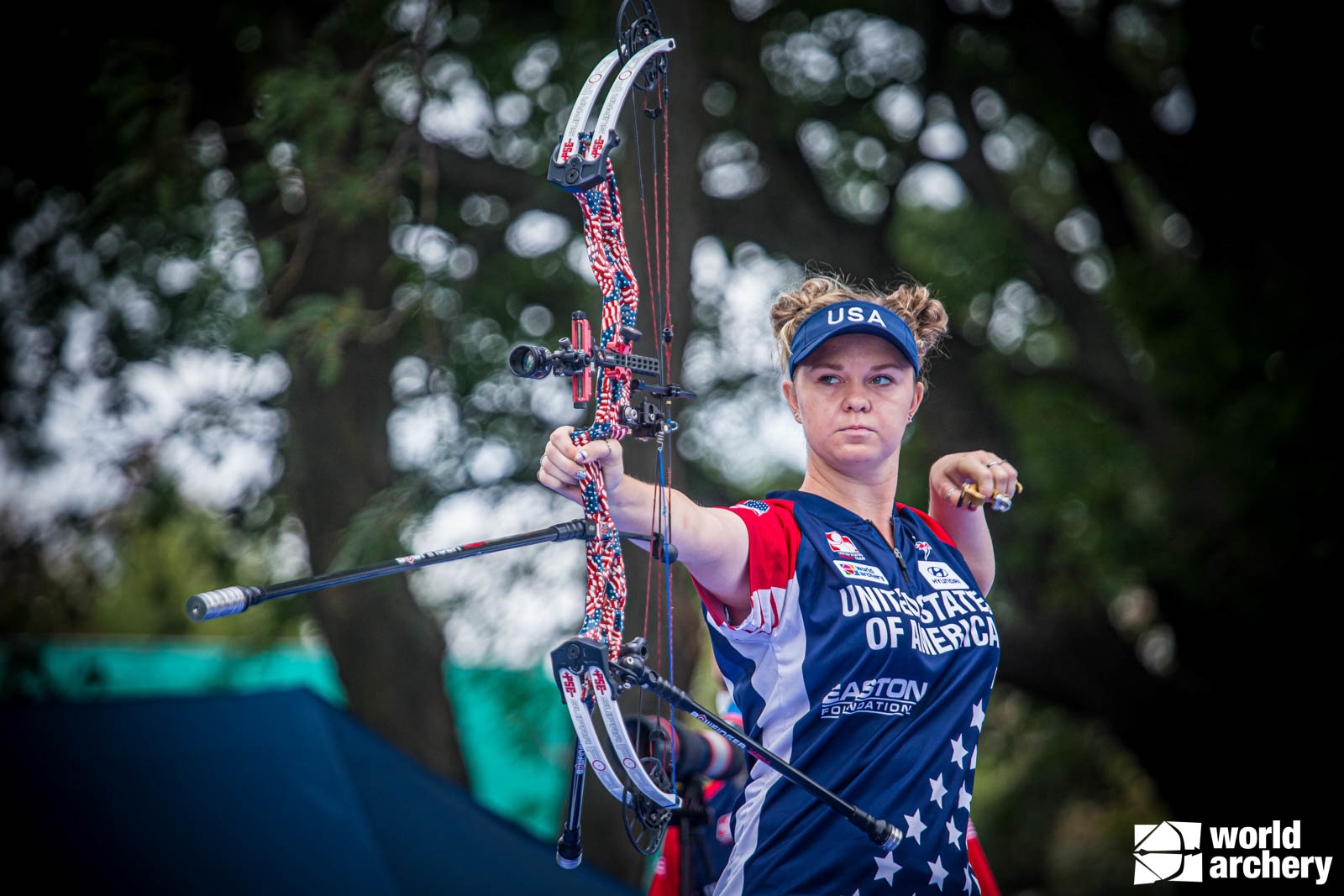 Earlier in the day, Savannah Vanderwier, who won bronze in Guatemala and team gold in both Guatemala and Lausanne with teammate Paige Pearce, finished 5th in a shoot off with Colombia’s Valdez. Pearce finished 7th to Colombia’s Lopez, who went on to win gold and became the first to win a 6th title in event history.

Tomorrow, World No. 1 Brady Ellison will look to join Lopez in the record title holder spot, as a 5x Champion himself. Teammates Jack Williams, Mackenzie Brown and Casey Kaufhold will also be in the hunt for gold on home soil. Complete results are available at www.worldarchery.org and the Finals matches are available on www.archery.tv.