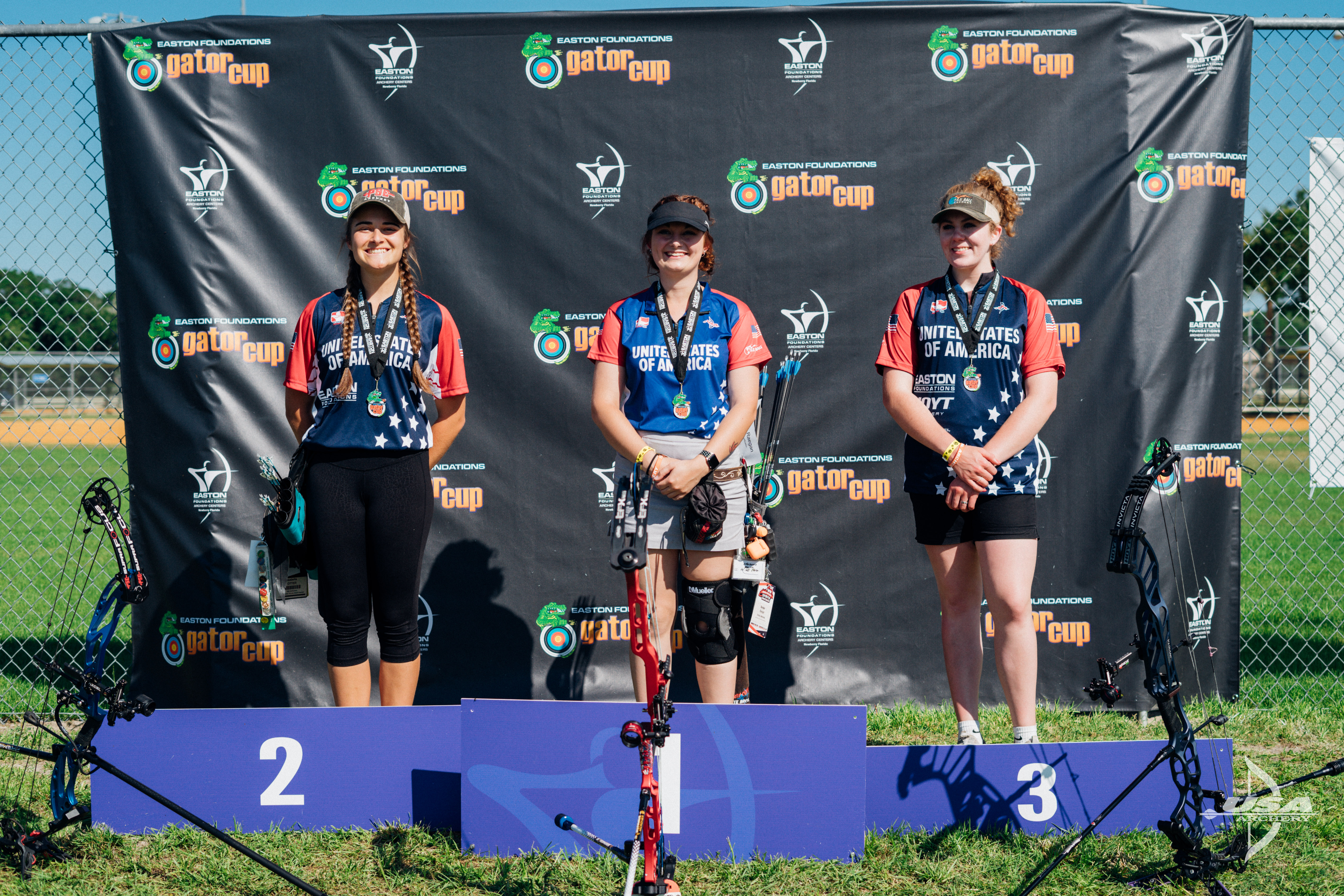 NEWBERRY, Florida – The Gator Cup is the second stop on this year’s United States Archery Team Qualifier Series. With a new schedule format to accommodate as many archers safely socially distanced as possible, the youth divisions were divided among two sessions, with most qualifying yesterday and shooting matches today, and the others qualifying this morning for tomorrow’s matches. The large groups were fiercely competitive with many impressive young talents.

A very windy qualification round yesterday meant the strongest shooters prevailed and some names who succeed in challenging winds rose to the occasion, making for interesting matchups in today’s events. 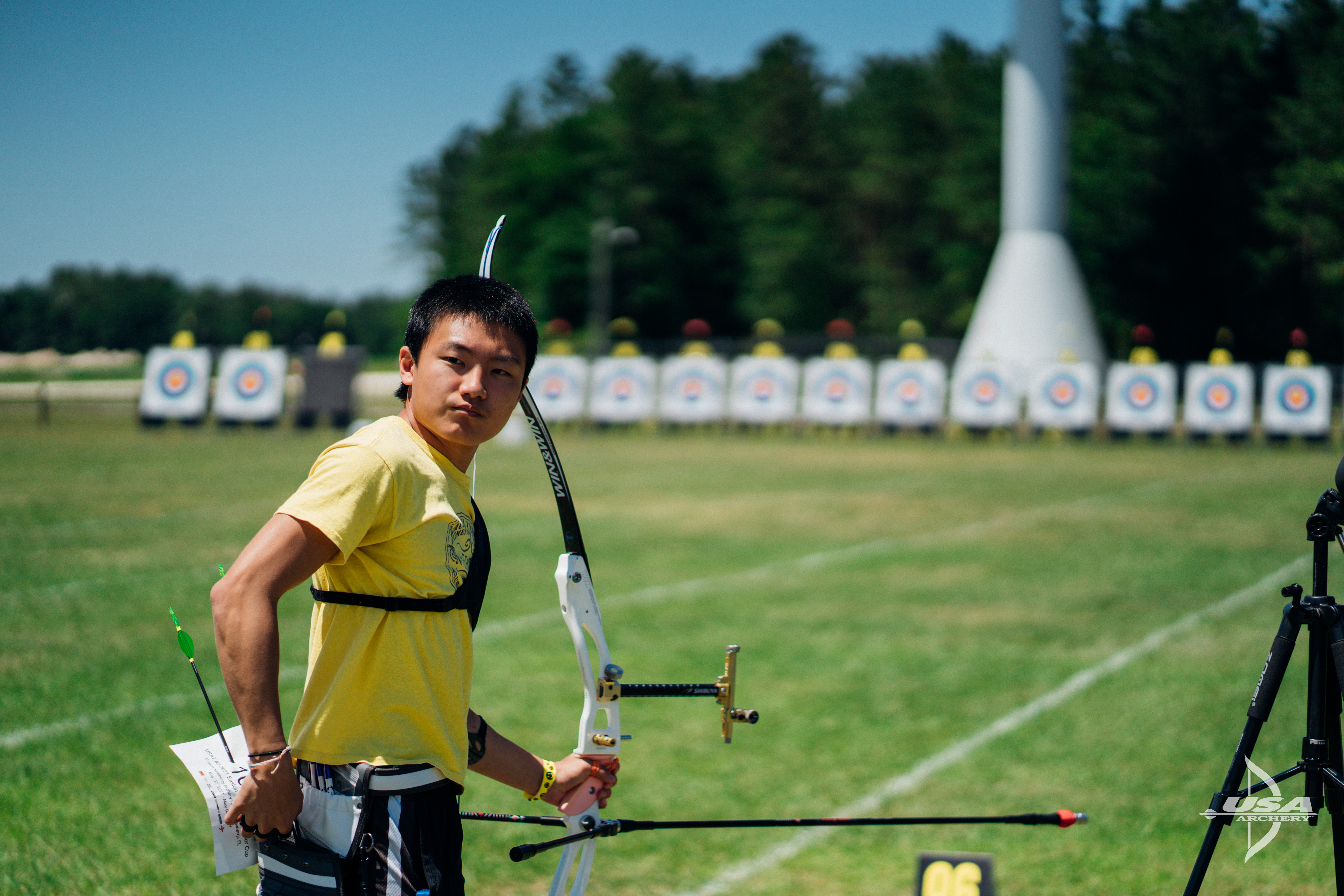 The recurve junior men saw typically strong competitors Gabe Anderson and William Lee qualify first and second respectively, but both were upset in the semifinals. It was 14th seed Ryan Song who was the dark horse of the bracket, climbing to a gold finish for his first USAT podium. Song took the title over Stefan Savin in an extremely close finals match while Anderson claimed the bronze.

Michelle Ahn won the recurve junior women’s bracket over Richelle Shim. First and second place qualifiers Lillian Han and Eunice Choi contested the bronze in their division as well and Choi was the victor.

For the recurve cadet women, many surprise upsets shook the brackets throughout today’s matches. Scores were close and, in the semifinals, both matches came to 5-5 draws for one-arrow shoot off decisions. 4th seed Cham Chung and 19thseed Jada Cho then faced off for gold; Chung earned the win 6-2. 10th seed Alyssa Artz upset top qualifier Emma Kim for the bronze in a shoot off win. 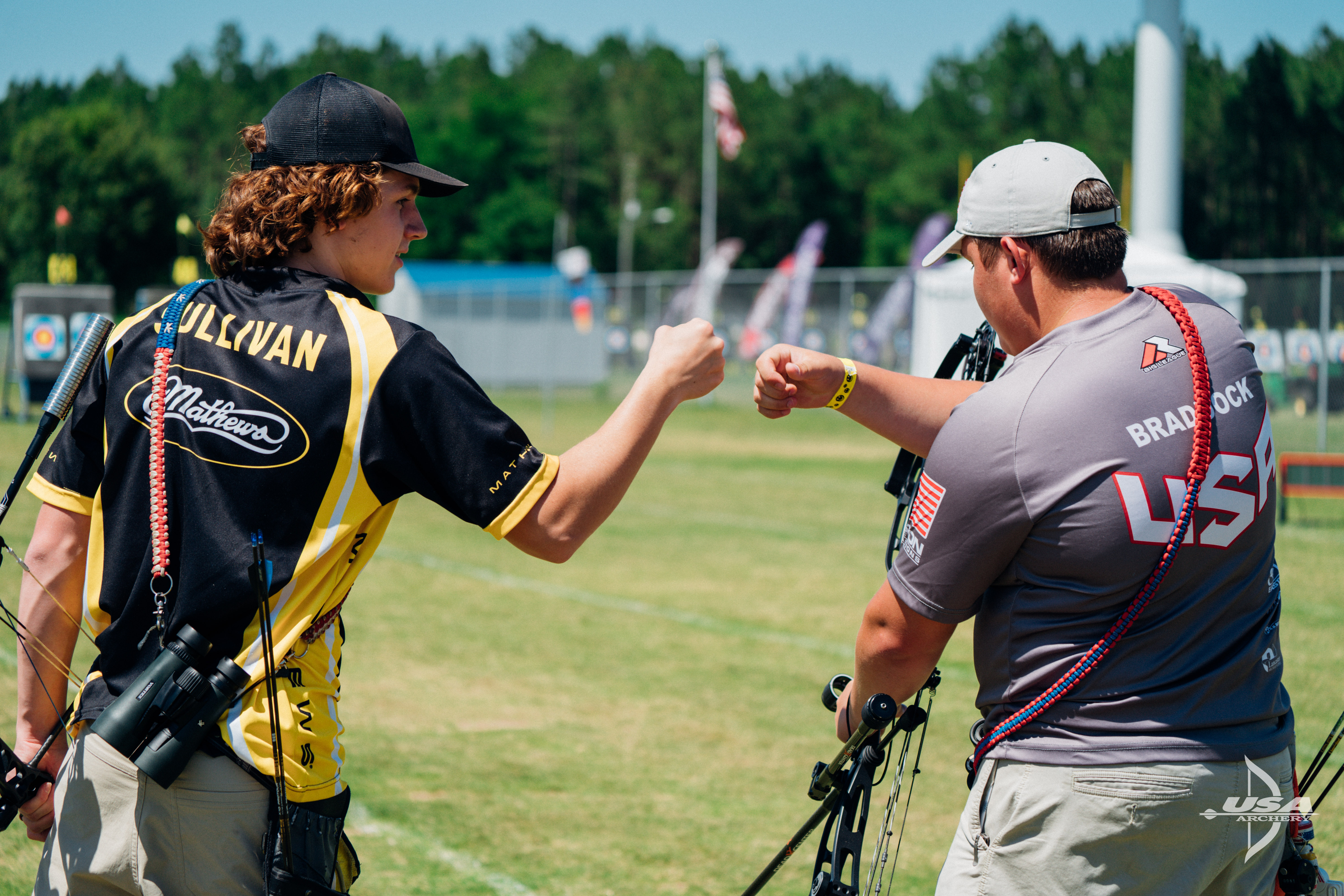 None of the top compound cadet men’s qualifiers made it to the podium. Sawyer Sullivan, no stranger to the division podium, struggled in qualification, ranking 7th, but he rose to the gold win today over 21st ranked Cooper Davies. 3rdseed Dewey Hathaway won bronze over Isaac Sullivan.

The compound junior men and recurve cadet men’s titles will be determined in tomorrow’s match play. Andrew Yoo topped the incredibly tough recurve men’s field, leading with a 653 for a 26-point margin over Cameron Senay and Andrew Choi.

Scores from the event are available on Between Ends and daily photo albums are on USA Archery’s SmugMug.