Tate Morgan qualified third with a solid 705 round, jumping up several spots in the Trials ranking to sit in the top three for round robins on Monday, while Lutz is still in first.

Paige Pearce topped the compound women’s field today, increasing her lead in the world team trials to a significant margin. Her 703 today gave her an 8-point lead over Linda Ochoa Anderson’s 695 and Toja Ellison was right behind with 694. 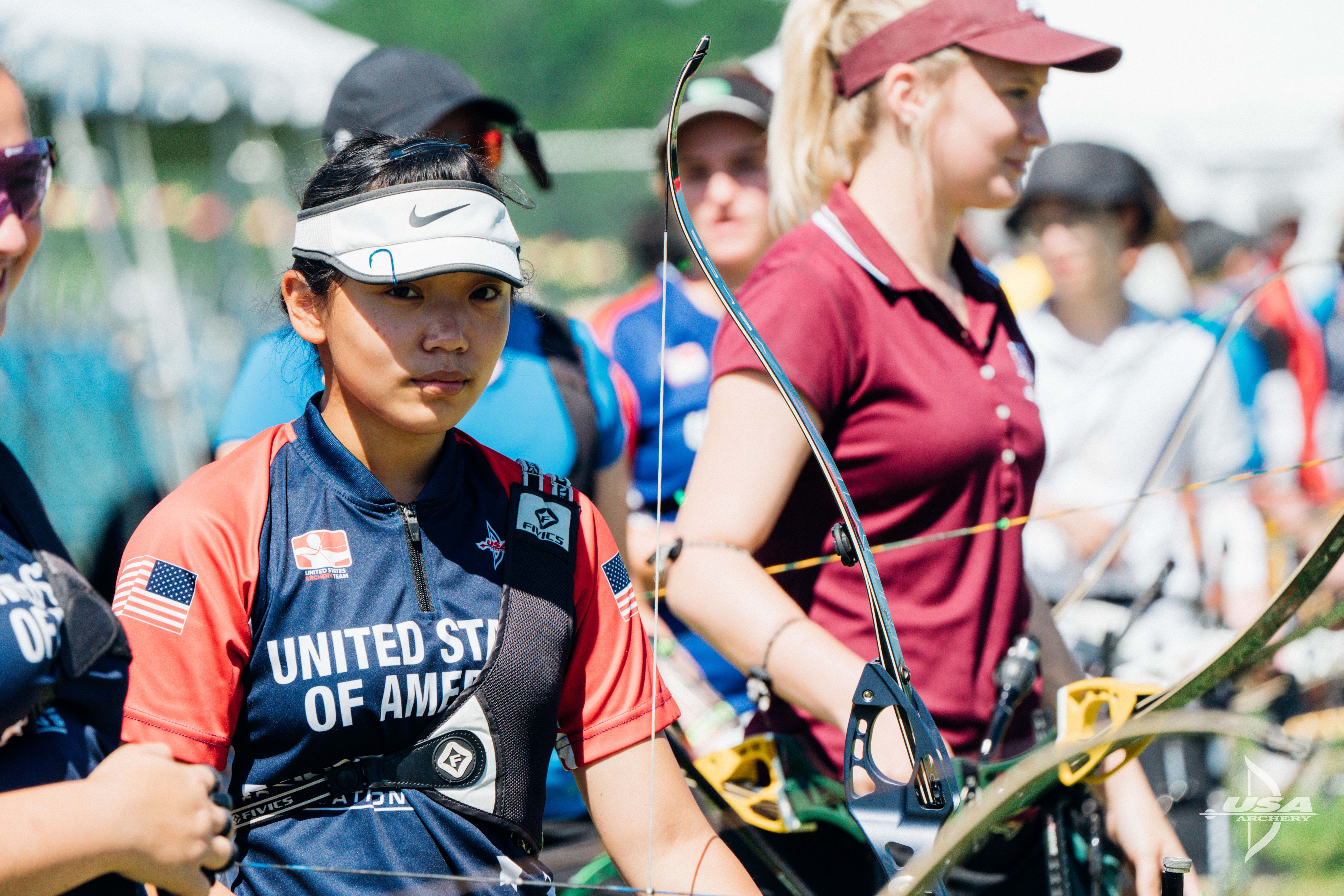 Gabrielle Sasai, who recently turned 15 and had a stellar senior USAT debut at Arizona Cup last month winning bronze, sat atop the recurve women’s ranking through much of today’s round. In the final few ends Mackenzie Brown, who is coming off a World Cup podium finish from Guatemala just days ago, climbed back to finish first; both scored 659s but Brown was ahead on 10s.

Sasai had great success shooting as a cadet, then shot as a junior for a year to build experience at 70 meters and is now making a name for herself in the senior division. She commented: “As happy as I am, and I’m stoked, I haven’t shot a 330 in a tournament at 70 meters ever before this, but the second half wasn’t as good. It was a little up and down, but I’ll take it if that’s the score I got at the end. Overall, I feel very positive and I just went out to have fun, no scoring goal in mind. My goal in the sport is just to make it as far as I can.”

On her come back to take the top seed, Brown shared: “I feel really good about today. We had pretty good conditions; I was just talking to my coach about the wind and how your eyes and body can deceive you. Sometimes you just have to guess, and I think I did pretty well in that today, focusing on my form and keeping my mind where it needed to be. The last few ends I figured out a form thing I needed to fix and once I got it just flowed, my timing was good, the wind was calm enough and I made good choices.”

Brown is now tied for first in the world team trials with Casey Kaufhold and the two still sit as the top two in the 2020 U.S. Olympic Trials for Archery, which resume later this month. 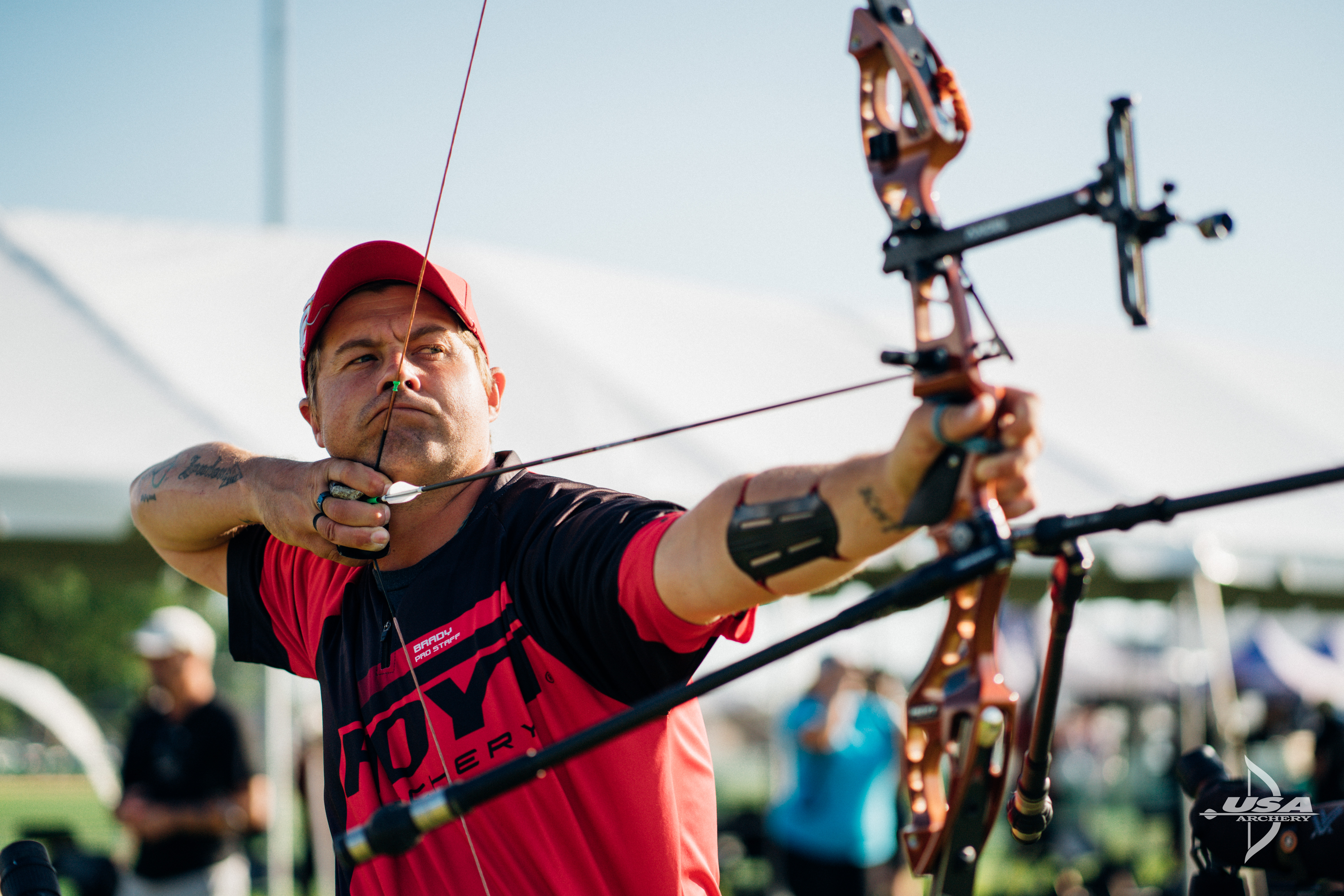 World Champion and World No. 1 Brady Ellison topped qualification at Gator Cup with a 687, with a 19-point lead over Jack Williams. Tom Stanwood was third. Ellison and Williams, who had strong finishes at the last World Championships, have large leads on the Trials ranking points; Ellison’s 22 trials points put him 6 points ahead of Williams, and 12 points clear the rest of the field, which gets much more contentious after Williams.

The Gator Cup has youth divisions divided among two sessions, where most qualified yesterday and shoot elimination matches this afternoon. The rest qualified this morning and will shoot matches tomorrow morning alongside the seniors. The senior gold finals will be streamed live on USA Archery’s Facebook and YouTube. The Masters divisions qualify later this evening and will shoot matches later tomorrow afternoon. Updated scores from the event are available on Between Ends and daily photo albums are on USA Archery’s SmugMug. World Team Trials standings are also on Between Ends.