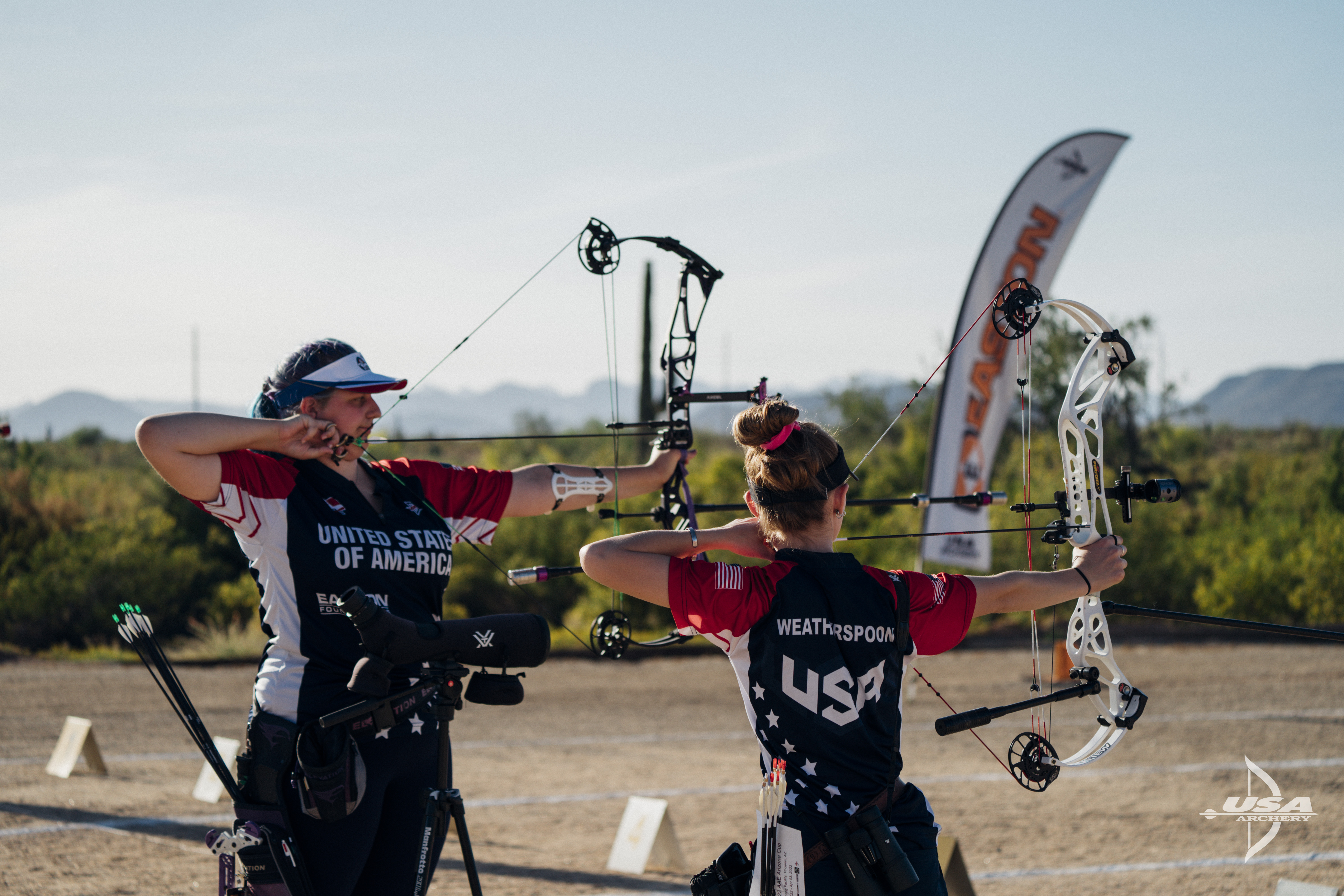 Crazy upsets in the recurve U21 bracket saw Nathaniel Aud climb from a 6th seed to win gold and his first USAT event title. A perfect 30 sealed the final victory 6-4 over 12th seed Andrew Pak, while No. 2 Ben Hur won bronze. Four of the top five seeded archers went out in the round of 16 and the final four archers fought hard for their spots in the medal matches. 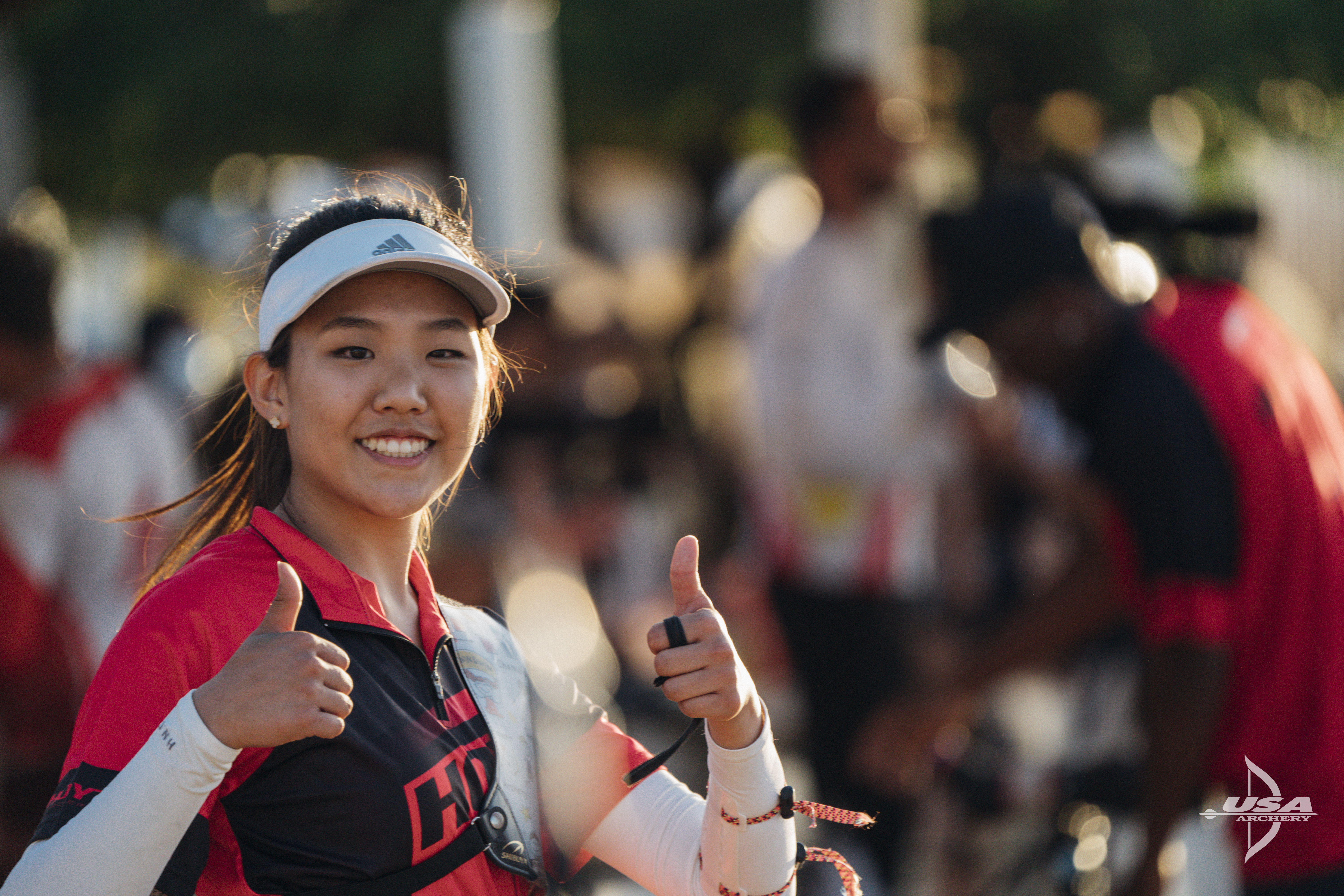 The recurve U21 women’s bracket played out much like the qualification round with top seeds Michelle Ahn and Eunice H. Choi battling for gold. In a full five-set match, Ahn took the win 6-4 despite a tie in the final set. No. 3 Jordan Marie Meiners rounded out the podium, winning bronze in an equally close 6-4 final with Richelle Shim.

The U18 recurve divisions, the largest in this record shattering event, accounted for about 20% of the total competitors. Emerging talents threw down big scores in qualification, and it was women’s top seed Samantha Ensign who took the gold today in a dominant performance working her way through the brackets. 6th seed Charvika Gopi, Ensign’s JOAD teammate finished with silver and 12th seed Yuri Kim won bronze. 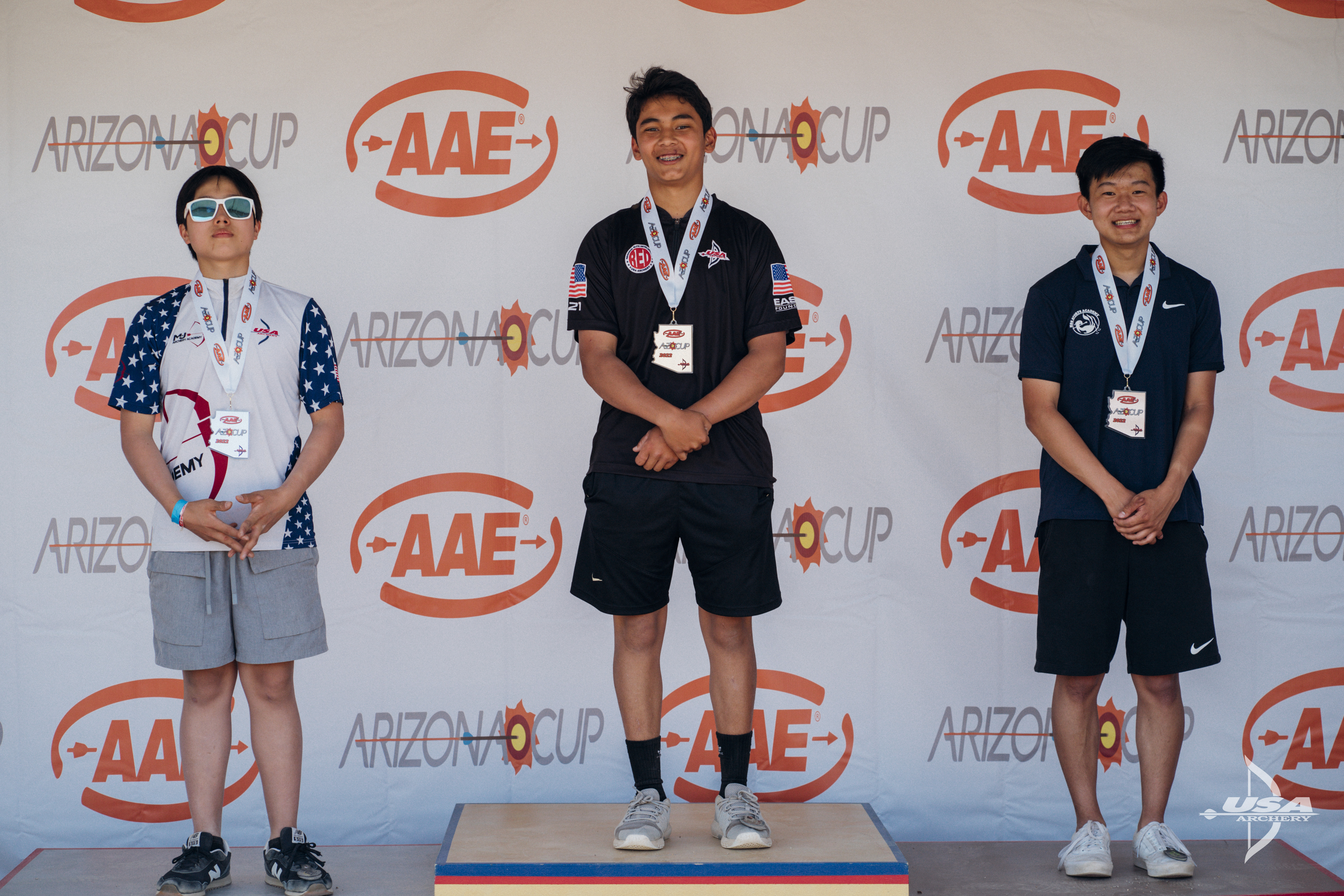 Zachary Maracine had a roaring crowd of fans as he topped the U18 recurve men’s podium in his personal best finish, winning gold over Chanyoung Mun while Dylan Soong took bronze over Matthew Parmenter in a bracket that also saw many surprising upsets and early exits for top qualifiers in close matches.

The compound U21 men’s final came down to Isaac Sullivan, who has long been a standout in the youth brackets, and Bodie Turner, who is new to USAT but has made quite a name for himself among the pros this past indoor season. It was Sullivan who came away with the gold ina. 147-146 decision and Andrew Hilden won bronze.

Makenzie Weatherspoon topped the compound U21 women’s podium, winning gold 143-140 over Carson Krahe, after consistently posting the highest scores across the field all day. Emalee Wooldridge won the bronze after an impressive climb, upsetting top seed Bella Otter in the quarterfinals.

Liko Arreola continues her winning streak, cruising her way to gold for the compound U18 women. Arreola was joined on the podium by Kaylee Gurney and Baja California’s Adriana Castill Ruiz. 12th seed Lillie Aguilar took a notable 4th place finish in her first ever outdoor tournament. 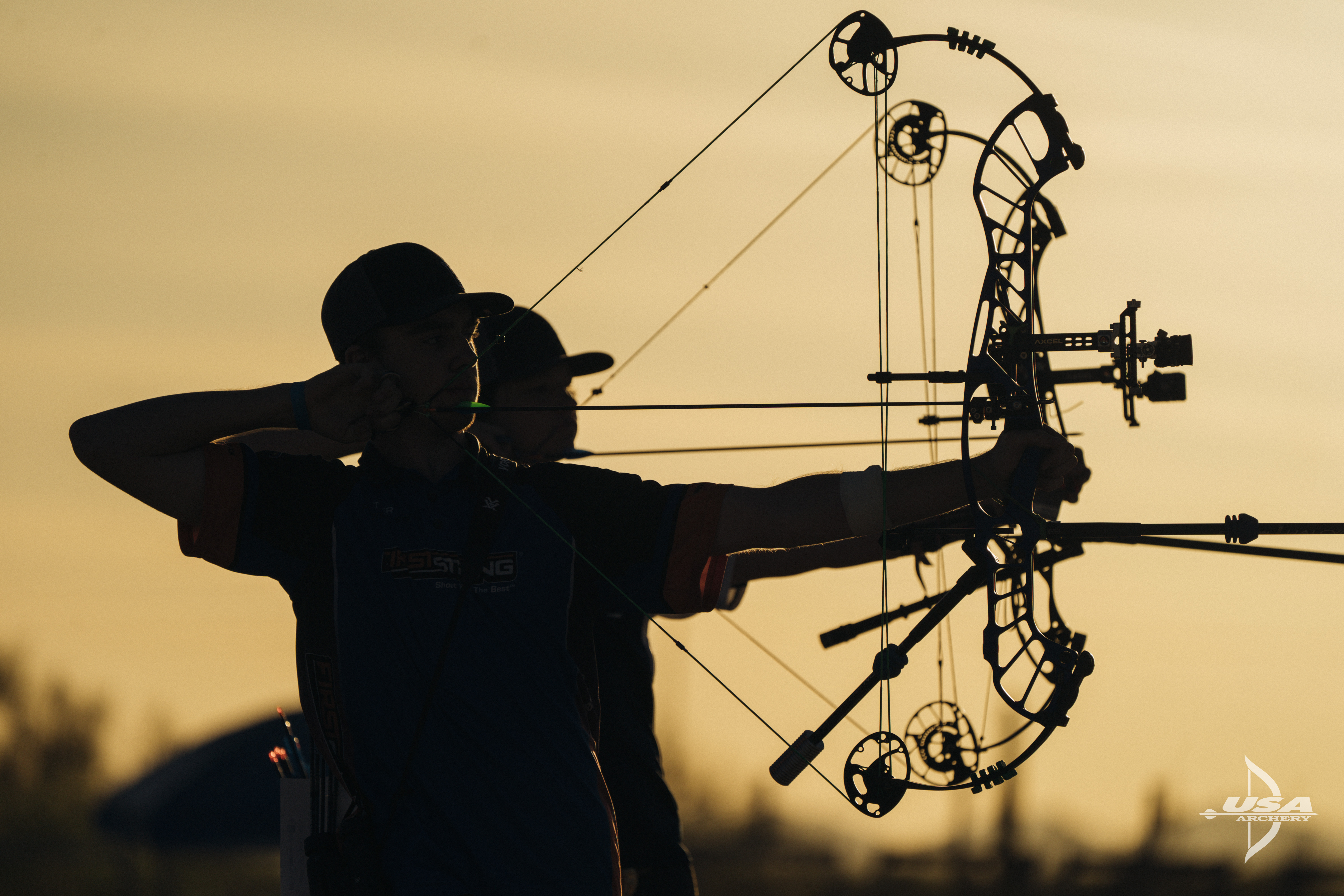 The compound U18 men’s gold went to 3rd seed Dewey Hathaway in a 144-139 final over No. 4 Allen Alihodzic. 9th seed Wyatt Dorcas took No. 2 Tyler Thomas to a shoot off for bronze – the final scoring arrows of the day shot under the quickly sinking sun gave Dorcas the win.

The first youth fixed pins archers on the USAT circuit, Clay Dempsey and Matthew Ebner finished with gold and silver in a 142-123 final.

Competition concludes tomorrow with the senior and 50+ archers’ head to head matches.  The senior gold medal finals will stream live in the afternoon on USA Archery. Complete results from the competition are available on Between Ends and official photos are on USA Archery’s SmugMug.