After collecting his 19th medal with team silver on Friday, Ellison returned to the big stage for the individual finals in the elite eight recurve men. After a frustratingly early finish at the Tokyo Olympics despite strong shooting, Ellison got redemption through an onslaught of top Tokyo finishers. He first faced Korea’s team and mixed team gold medalist Kim Je Deok and crushed a 6-0 shut out in 9 straight shots, never leaving the yellow. 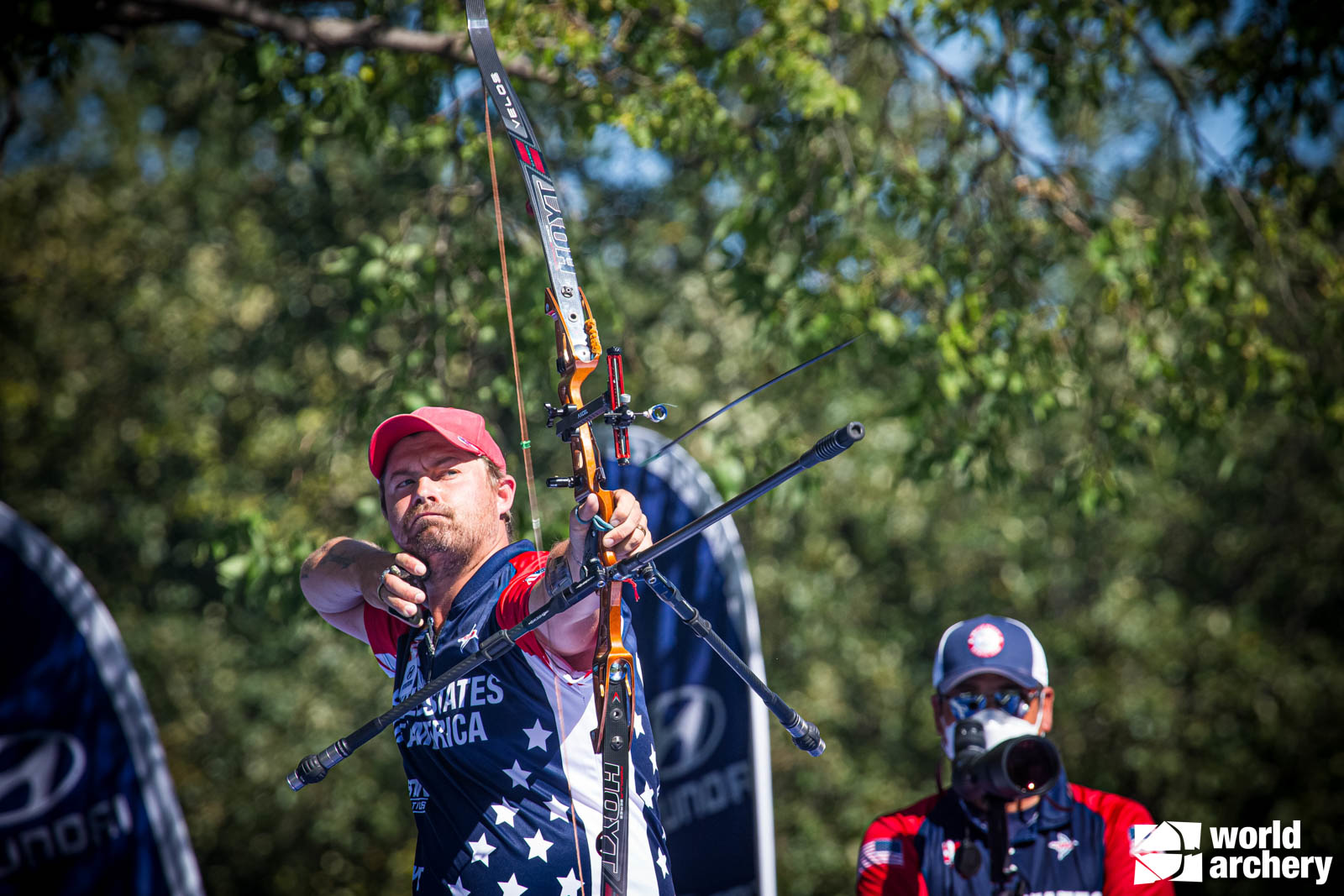 After a semifinal tight match with Brazil’s D’Almeida, which went the full five sets, ending in D’Almeida’s favor, Ellison got a rematch against Olympic Champion Mete Gazoz, who had upset him in Tokyo earlier this summer. Ellison was on point, again never leaving the yellow rings to take the win 6-2.

Ellison commented: “I shot awesome during the whole entire eliminations. All week I felt pretty good, I felt good going into today; I am really happy coming home with the medal. I won my 19th and 20th world championship medals this week, so that’s pretty cool to break that barrier on world championship medals and I’m really looking forward to the Final now. I’m really happy have a lot more energy for the next three days headed into the finals and I’m pretty excited.”

The Yankton Archery Hub next hosts the World Cup Final on Wednesday and Thursday of this week, which features a full slate of 8 USA archers. Complete results are available at www.worldarchery.org and the finals are available on www.archery.tv.