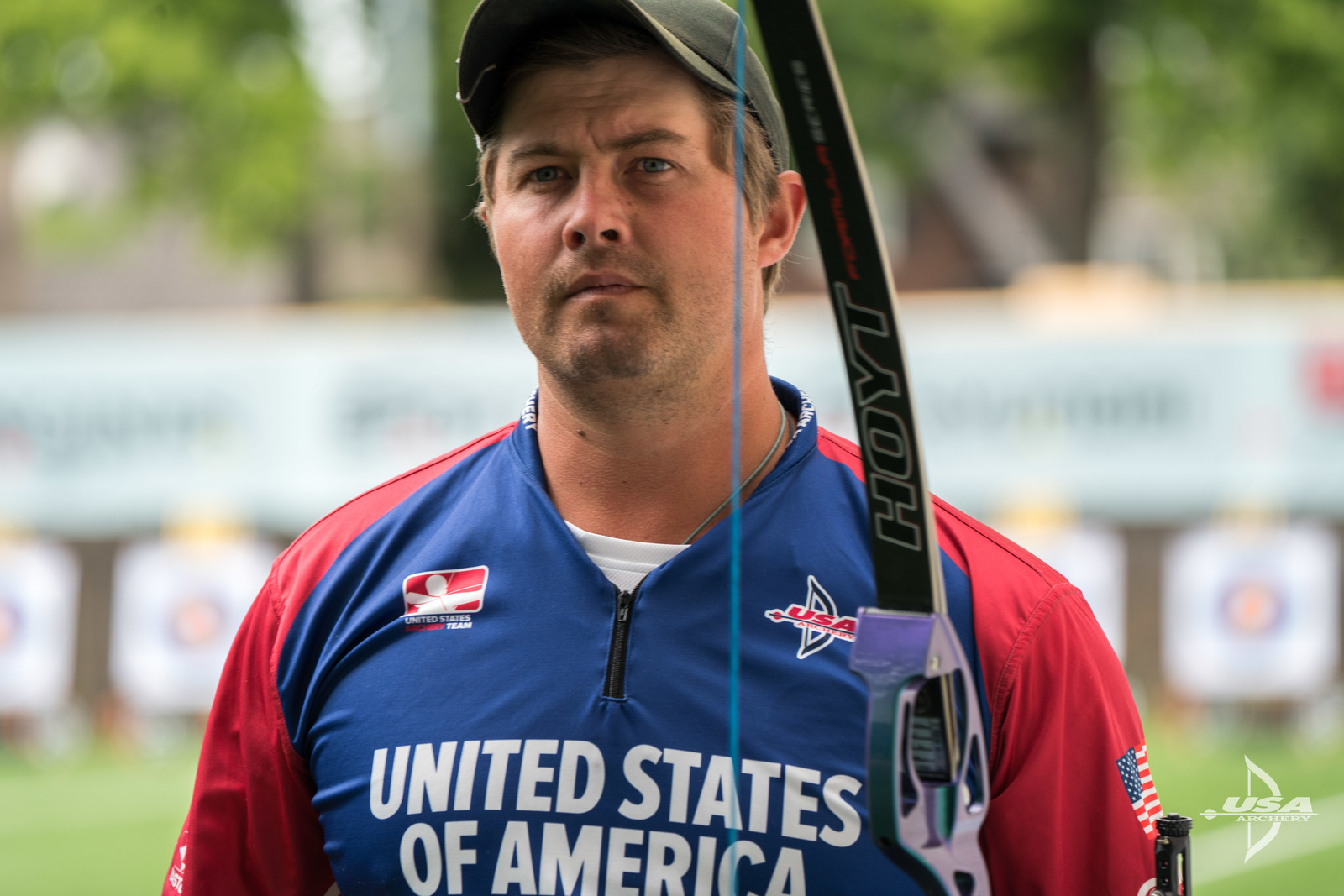 Three-time Olympian Brady Ellison has almost every title in the world on his resume, including more world cup final championships than anyone else in history, but World Champion has eluded him thus far. A rough go to start the event saw the men’s recurve team and mixed team fall early in matches, but Ellison remained determined to finish with the gold. On his path, he also locked up the first U.S. Olympic quota spot for Team USA at Tokyo 2020.

“This tournament has been an emotional rollercoaster. I almost lost my first match, not because I wasn’t in it, but just because he shot really good,” shared Ellison. “I ended up coming back in a shoot off and slowly just started shooting better and better, shooting 30s in this wind. When I got into the semifinals I just kept telling myself: ‘you’re not going to lose this, you’re going to win the World Championships.” 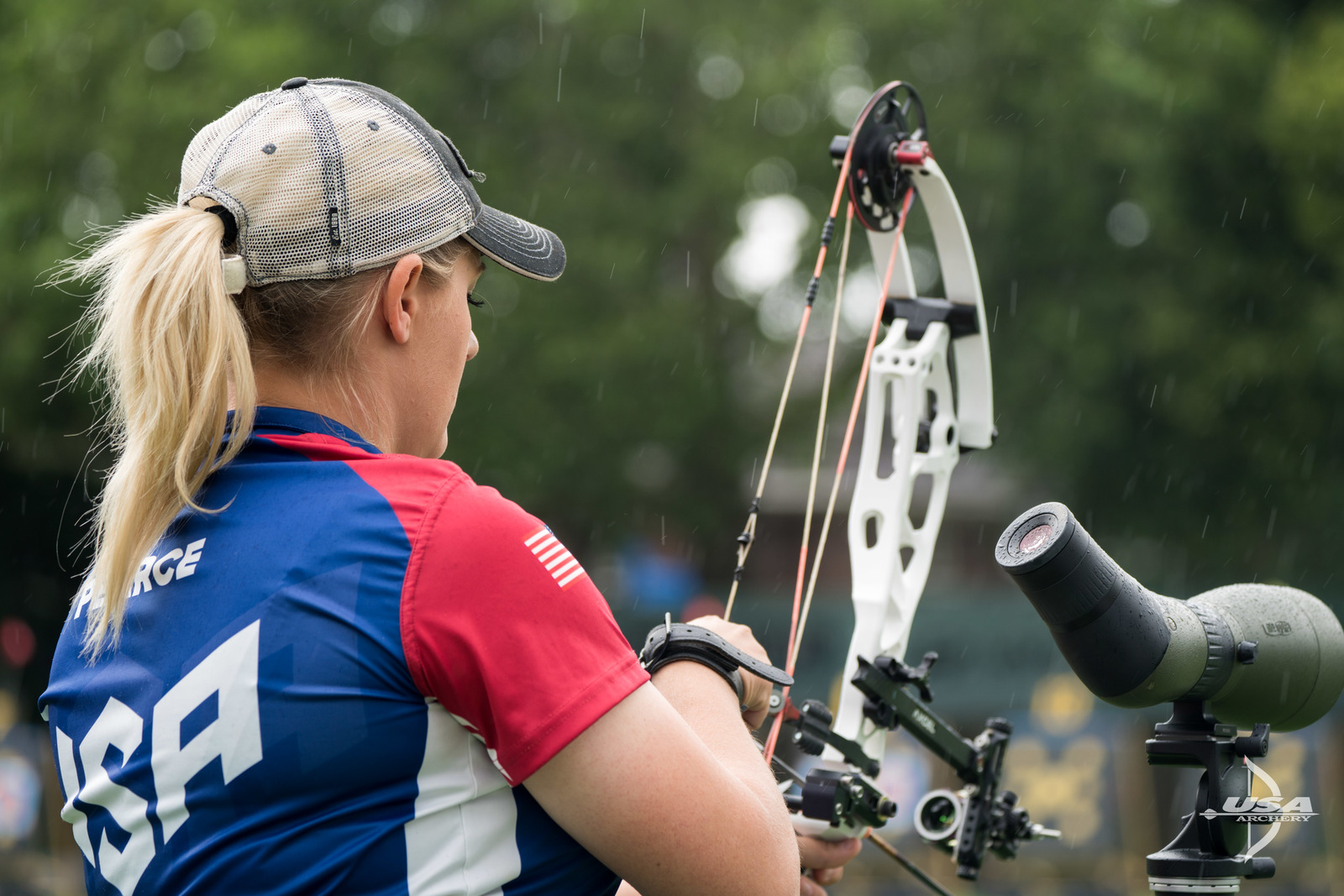 Paige Pearce, who has more youth world champion titles to anyone else in history, and is the reigning World Archery Field Champion, qualified 20th and upset top archers including Slovenia’s Toja Ellison and World No. 1 Sara Lopez of Colombia on her way to the top of the brackets.

Pearce shared: “I’m totally speechless, I can’t even believe it. If you had told me at the beginning of the day this was going to happen—obviously we come here for this, but with the lineup I had I was a little hesitant so the fact that I pulled it off is pretty cool.”

Earlier this morning, the USA compound women's team of Pearce, Cassidy Cox and Alexis Ruiz, also earned a shot at team gold after climbing from a 7th place qualification. The trio outscored Korea in the quarterfinals with milliseconds on the clock and then beat India in the semifinals by one point in the final end.

The compound men’s bracket saw grand upsets, and unfortunately, all three U.S. men seeded in the same bracket in qualification. USA’s Braden Gellenthien, the most decorated archer in world cup history, ranked 3rd and met 23rd seed James Lutz in the semifinals. Lutz made his world cup debut just last month, where he won gold over teammate Kris Schaff with a perfect 150. Here, Lutz took a quarterfinal over world No. 1 Mike Schloesser, of host country, the Netherlands, and then won the semifinals 148-145. 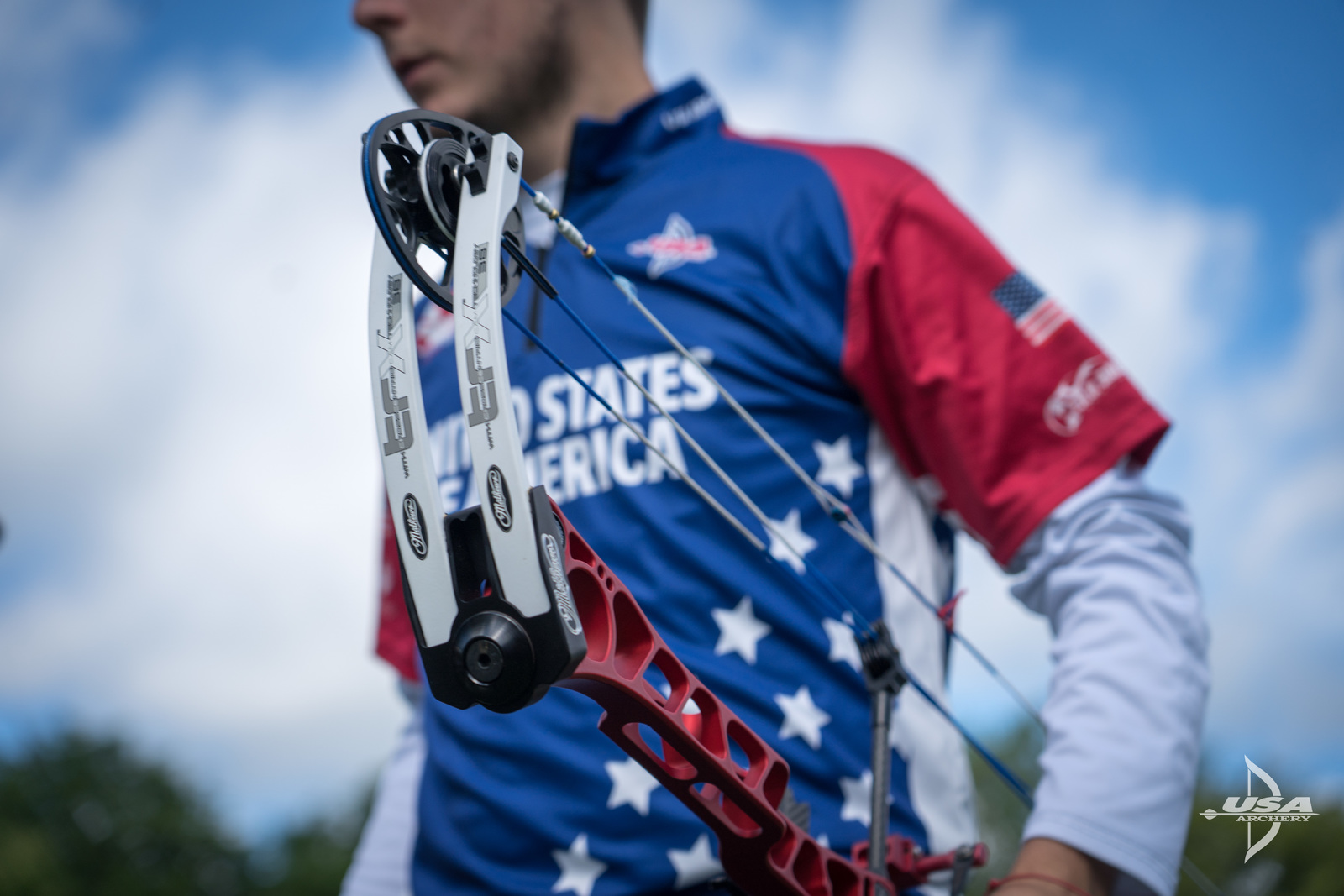 “Hardest match was obviously against Mike, most nerves, he’s the hometown favorite and then I always hate having to shoot against a fellow teammate but I guess that’s how it goes and I’m glad I came out on top and am going to gold,” shared Lutz. “I came here with that mindset, so I’m happy and I expected it, but it’s always nice when things fall into place and go together.”

Gellenthien, who won bronze at the last edition of the World Archery Championships, will look to repeat his win.