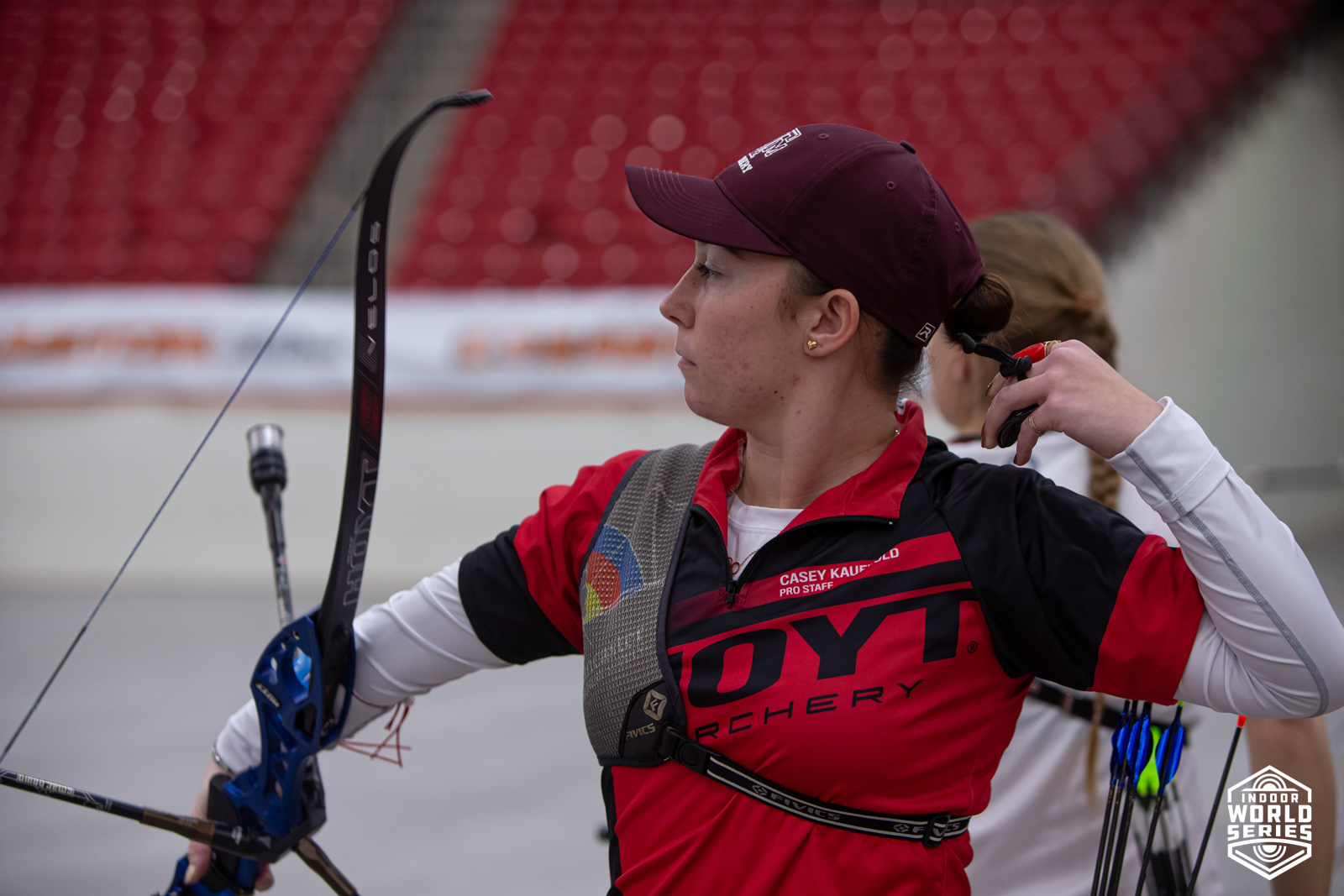 LAS VEGAS – After the Indoor Archery World Series went virtual last year, it returned to the big stage in the South Point Casino in Las Vegas, Nev. for the Finals. 17-year-old Olympian Casey Kaufhold, reigning world silver medalist, had the strongest showing among the large USA contingent that qualified for the Finals, finishing with silver.

2nd seed Kaufhold breezed through 6-2 wins in her first two matches, a 7-1 semifnal win over Germany’s Bauer and then met Great Britain’s young talent, Healey. Healey took an early lead but Kaufhold battled hard. One final 10 for Healey sealed the win at 7-3 and Kaufhold took silver.

Jase Boils, who currently competes for the University of the Cumberlands in USA Archery’s Collegiate Archery Program, made the compound men’s bronze final after qualifying 2nd. After a bye in the first round, Boils outscored Denmark’s Hansen in a tight 149-148 quarterfinal. A 149-145 semifinal loss to Spain’s Blazquez sent Boils to the bronze final with World No. 1 Schloesser of Netherlands. Boils and Schloesser came up even at 148-148 before Schloesser’s 10 took the win.

Three-time Indoor World Cup Final Champion Jesse Broadwater had a notable showing; after qualifying 8th for the compound men, he met 14-year-old Bodie Turner in the first round. Turner, still reeling in the spotlight from the Lancaster Classic last week where he posted a perfect score, took Broadwater to a shoot off when both posted 149s. Broadwater’s 10 took the win and he met Schloesser in the quarterfinals. Both held the door open for the other several times, but neither capitalized, drawing level at 146 after 15 arrows. Schloesser clinched the shoot off win with the closer 10. 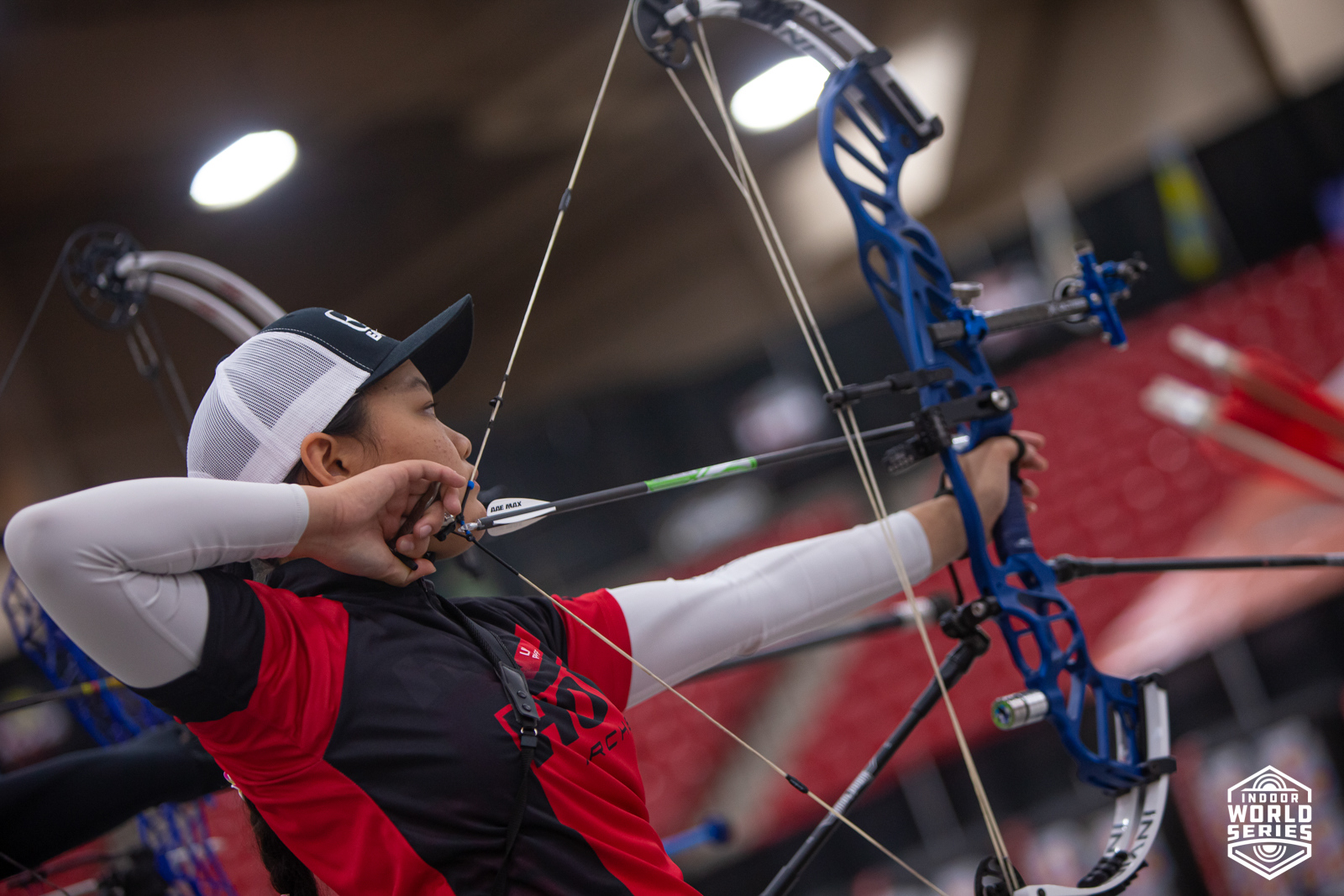 Another young USA hotshot, Liko Arreola, who became the youngest ever to score a Vegas 900 last year, qualified 4th and shot her way to the bronze final after wins of 147-140 and 146-142 before meeting Slovenia’s Ellison in the compound women’s semifinals. After a 144-148 loss, Arreola went head to head with World No. 2 Gellenthien of Denmark, where she came up just short 148-147 to finish just off the podium. 3rd seed Paige Pearce was edged out 143-142 in the quarterfinals by Estonia’s Paas.