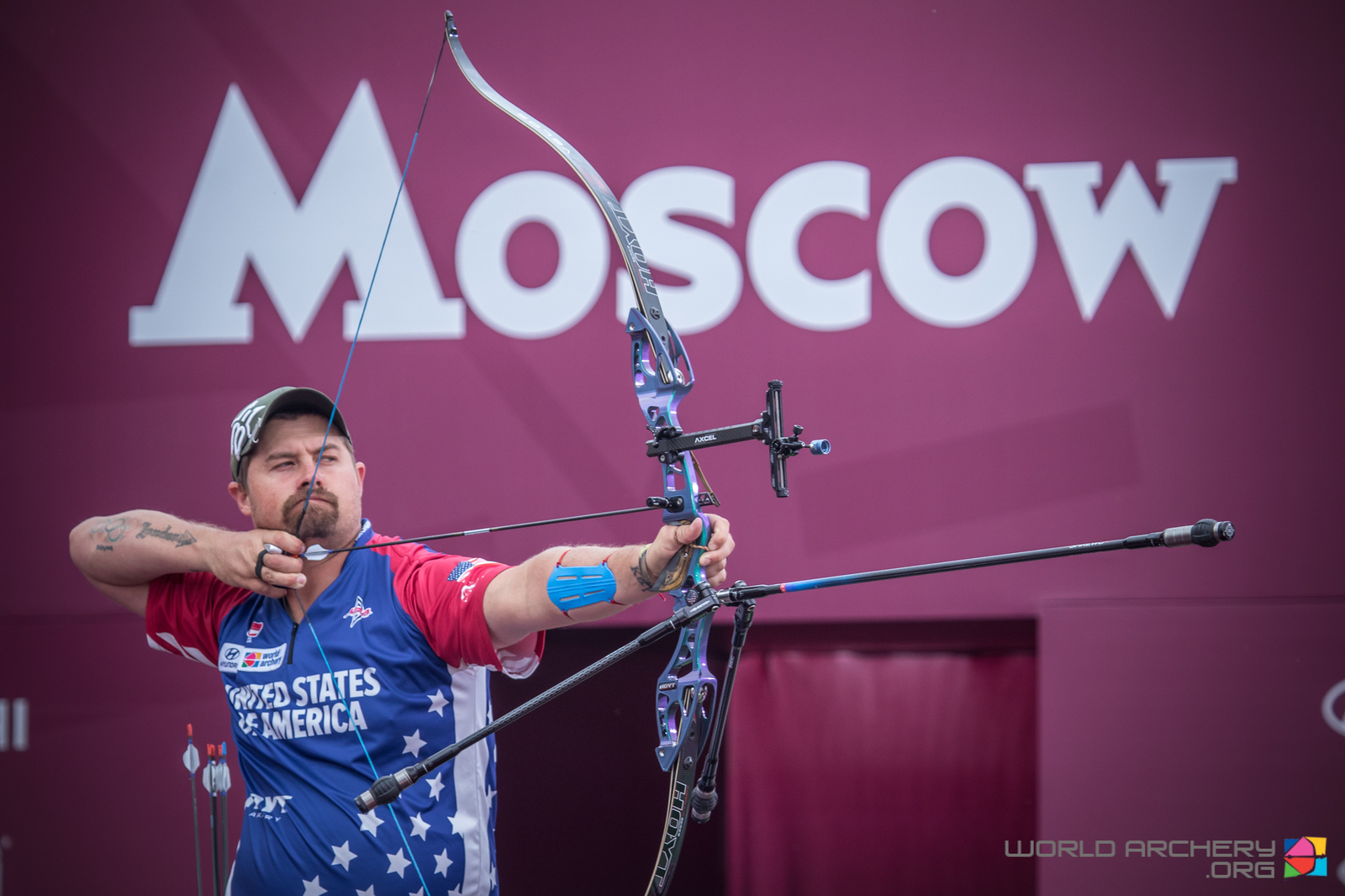 MOSCOW, Russia – Brady Ellison has been on top of the best season ever, winning the World Champion title, holding the World No. 1 spot, medaling at every world cup stage, breaking two world records, and dominating the international scene with great class. In his tenth consecutive World Cup Final appearance, he won his fifth Final Champion title – adding one more to his record over any man in history.

On his best season ever, Ellison added: “It was a hell of a year and I just have to get back home and start training again, get back in the gym and get ready to rock next year.” Already focused on Tokyo 2020 and the Olympic Champion title, Ellison is eager to continue to build on his dominance.

A subdued Ellison was cool through the quarterfinals against host nation pick Artem Makhnenko as he picked up a 7-1 win.

In the semifinals, Ellison met the Netherland’s Sjef Van Den Berg. The two have drawn each other in some of the most exciting matches this season, but in seven head to head competition matches, Ellison remains undefeated. Van Den Berg’s eagerness to win was obvious, and he turned on the pressure with an early 2-0 lead. Ellison opened the door with a 7 in the third set, but Van Den Berg posted a 7 of his own and Ellison closed out the win 6-2.

On the other side of the bracket, Italy’s Mauro Nespoli upset two-time defending Final Champion Kim Woojin of Korea in the semifinals to shoot against Ellison for gold. Ellison never left the gold, splitting two of the first three sets with Nespoli, but keeping the advantage. His 29, 29, 28, 29 clinched the gold 6-2 and the win.