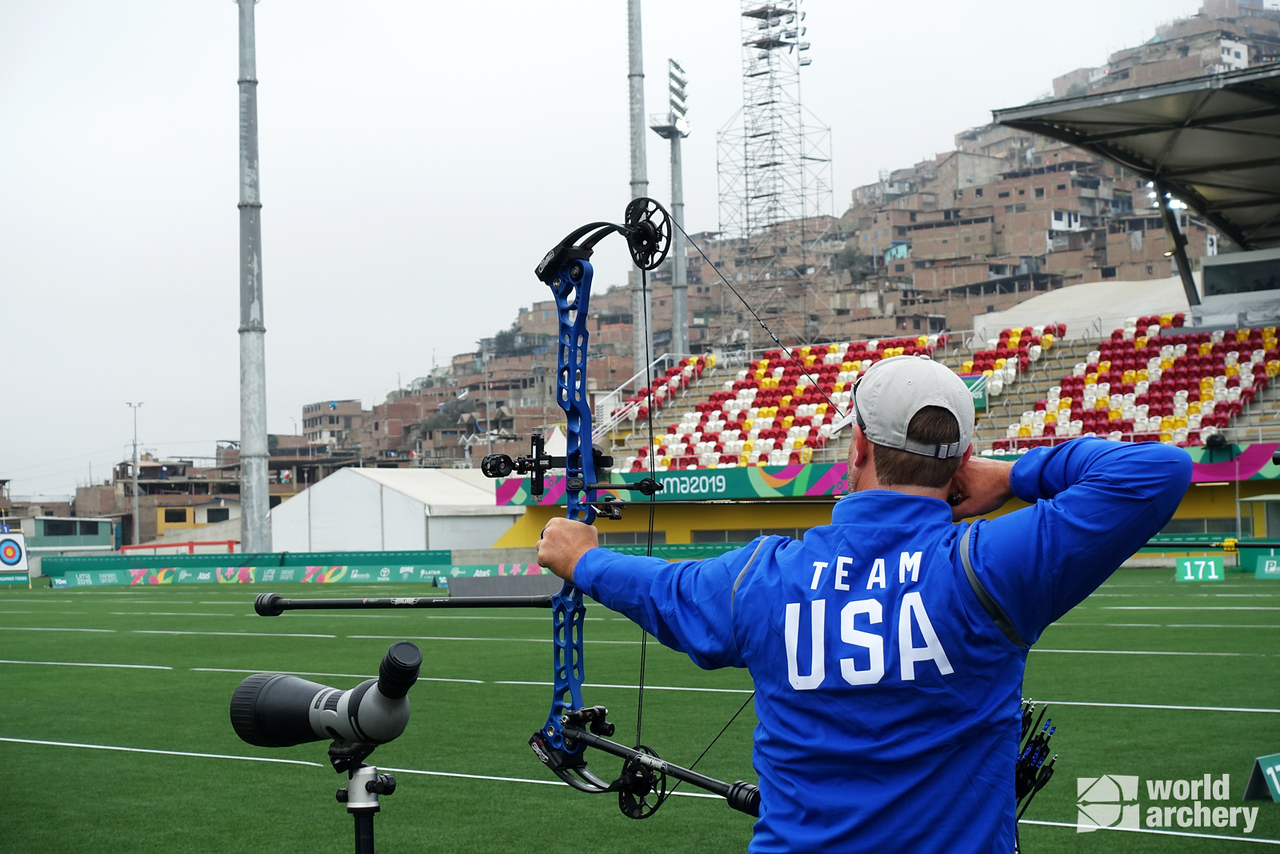 LIMA, Peru – With compound archery making history at the Pan American Games this week in its first appearance on the program, Team USA’s Braden Gellenthien was proud to pioneer the inaugural competition. The world number one and world record holder was a heavy favorite for the event, making a splash early with a commanding 712 in qualification to top the field.

Just ten compound men are included in this week’s events, and Gellenthien scored a bye into the quarterfinals, where he took an easy and impressive 149-146 win to face Colombia’s Daniel Munoz in the semifinals. Gellenthien took an early lead and clinched the win 147-144 to shoot for gold.

“I feel incredibly honored to be representing Team USA as the first compound shooter invited to the Pan American Games,” commented Gellenthien. “It’s a giant step forward to one day representing the USA in the Olympic Games - which I hope to see happen in my career’s lifetime.

“The weather is cold, misty and at times, a little windy. To be totally honest, it reminds me of the fall in Boston - it feels like home. I think it’s a huge advantage for me to see the difficult weather as a comfort, especially compared to my competitors who hail from much warmer climates.

“So far, the tournament has gone exactly the way I’ve imagined it in my mental preparations. Strong shots in qualification and throughout my two matches. Next up, we have mixed team in the morning and my gold final in the afternoon. While I’m proud and happy with the results so far, I feel focused and determined to keep going as strong as I can. The job isn’t done yet!”

Tough matches faced Team USA’s recurve men this morning. World Champion and world number one Brady Ellison set a new world record in qualification and was out for redemption in today’s matches after many felt he was shorted of the gold win at the last Games in 2015. Ellison and 3rd seed Jack Williams were both upset early in the quarterfinals, while teammate Tom Stanwood was upset earlier in the day.

Khatuna Lorig and Casey Kaufhold will meet in the recurve women’s semifinals Sunday after they shoot for gold in the team round together. Kaufhold and Ellison are also the top ranked duo for the mixed team events and the recurve men are slated for the bronze final. In tomorrow’s compound finals, Gellenthien and Paige Pearce will shoot the mixed team event and Pearce is going for individual bronze as well.