Archery Programs Successfully Return to Training in a Safe Environment 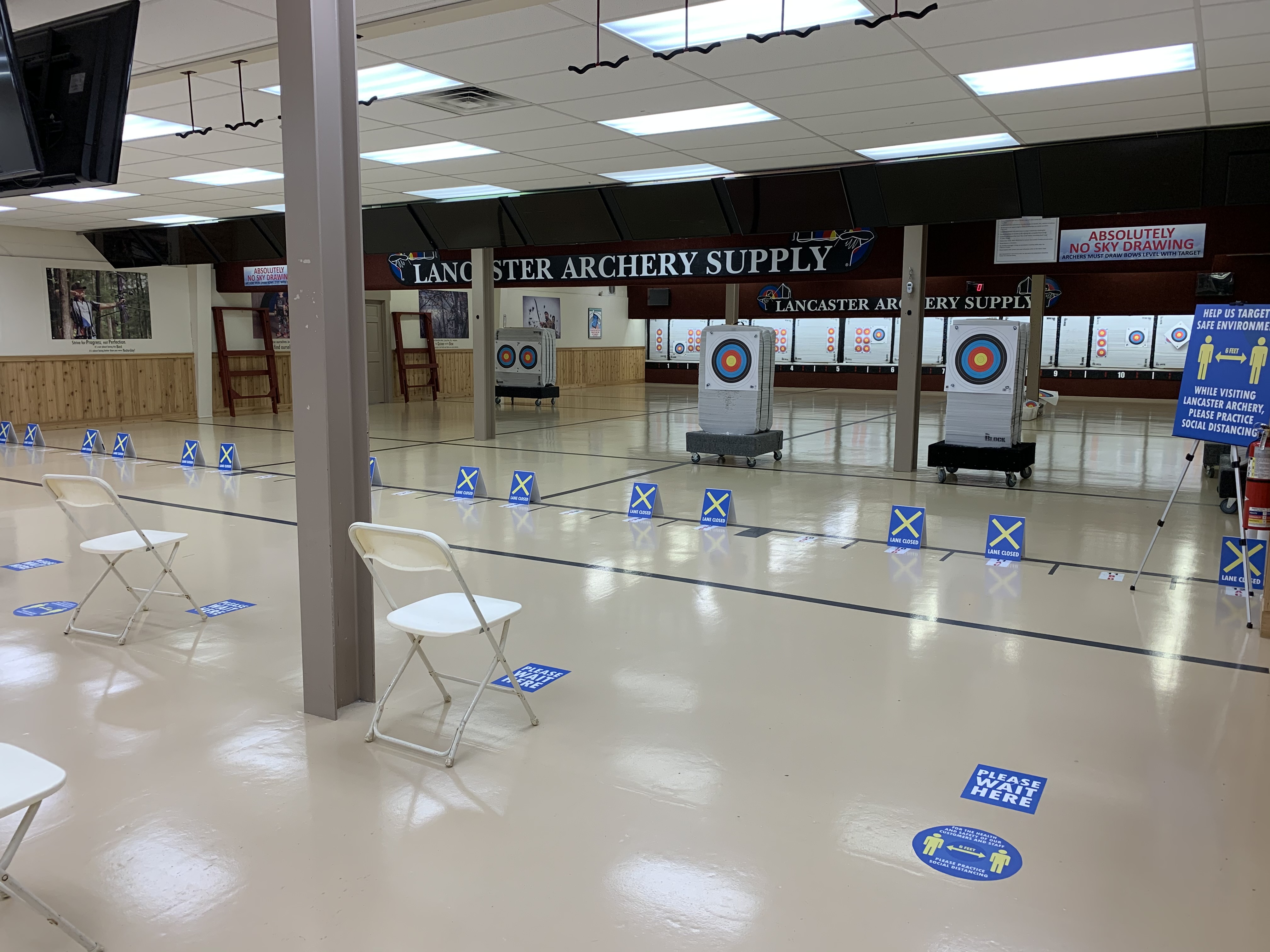 As archery programs across the country return to in-person training, new and returning archers are psyched to be on the range. Inherently, archery is a sport that lends itself very well to social distancing, and with creative adjustments for groups and events, it can be practiced quite normally while keeping archers and coaches safe. USA Archery spoke to several successful programs about what they’re doing to get back to business.

Lancaster Archery Academy’s Junior Olympic Archery Development (JOAD) Program (Lancaster, Pennsylvania) started with private lessons, and has already been able to host their first tournament. Archery Program Coordinator Heather Pfeil explained that in phase 3, their current status, Lancaster is at 50% capacity, but with social distancing, they’re still keeping things small. “We just reopened for private lessons and had 40 between 3 instructors in our first week,” shared Pfeil. “It was crazy, we had people calling and asking to get on a waiting list and it was probably 50/50 between brand new people looking to get into the sport or looking for something kind of to do, and we had a lot of people come from out of state.”

Lancaster Archery Academy is keeping archers spaced to one per bale, coaches are taking temperature checks and wearing masks and face coverings are encouraged for archers as well. Most lessons are outside, unless archers are brand new and then they may go inside where Lancaster is reserving the entire range for a single private lesson.

Nicole Ensign, the mother of a JOAD archer from Lancaster was enthusiastic about the return to play: “To say we’re excited would be a huge understatement, my daughter, Samantha, got to the point where she just ached to be back on the range with her coaches and friends and we were really grateful when they opened the range back up and lessons resumed. I think they’re doing a terrific job of being responsible. They’re definitely taking precautions but it’s relatively easy to distance yourselves, especially outdoors. The coaches do a good job of reminding the kids to spread out and they wear masks when they go down to the targets – it’s seamless and definitely feels safe and comfortable.”

Coach Kevin Lewis of Youth Archery Academy (Highlands Ranch, Colorado) has also resumed JOAD, splitting archers into two different sessions and they immediately had 100% participation with great reception. His introductory programs opened to 9 archers at a time in May, and in the first week, they sold out all 5 sessions they planned and added 3 more that also booked completely and they’ve since added intermediate classes for archers who showed promise in the beginner classes. Coach Lewis commented, “It’s a good time for archery; we’re reaching people that maybe never even considered archery, but they have nothing else do to so they’re giving it a shot! It’s an activity most families have felt comfortable with and it’s been really good.”

While restrictions have been greatly lessened in parts of Colorado, Lewis says it is important to cater to customer comfort levels. They have space for more archers but are keeping class sizes smaller. One challenge they’ve faced with social distancing is that now a beginner class of 9 archers may be spaced over 70 feet or more, instead of being fairly condensed, so coaches are moving around more and they’re often bringing in a third coach for introductory classes to ensure everyone gets enough instruction for a successful start. Another adaptation they’ve implemented for range safety is the use of electronic whistles that sound at the push of a button instead of blowing through it.

The Easton Archery Centers have also reopened in Newberry, Florida and Salt Lake City, Utah. They are implementing a phased reopening that started initially with just allowing members, but they are now open to the general public for leagues and private lessons. Newberry has even reopened for a youth summer camp program. Director of Centers Eric Blalock shared some of their successes.

Blalock commented: “The archers have been very grateful. They’re recognizing the efforts we’re putting into sanitizing and changing our operations to make them safe and they’re grateful to get out and shoot at the range.”

In their process of reopening, the centers began allowing public access by implementing the ability to schedule shooting times and reserve lanes.  They are also assigning all of their equipment, so there is no shared club equipment such as bows, arrows, etc. for the duration of an entire session of classes. They’ve seen great reception to these changes and plan to continue these practices after things settle down to better serve their customers and to keep them safe.

Other strong practices they’re implementing include having their more knowledgeable and experienced coaches film video instructions for the introductory classes that are led by assistant coaches so that they’re getting high quality demonstrations, and once they get to the higher level classes, they’re already familiar with those coaches and their styles.

For their summer camps and introductory programs for young kids, they’ve also began incentivizing face coverings between ends. Blalock shared: “Any time you’re leading an Explore archery class, the main question the kids are asking is ‘when are we going to play the games?’ so, we’re using getting to the fun games faster if they keep their masks on.”

One common thought among all the clubs we spoke with was the importance of communication. The Program leaders expressed it is critical to make sure customers feel comfortable by communicating their plans and protocols and what to expect when you arrive for lessons or events.

USA Archery is excited to see archery programming resume and to see so many new archers coming into the sport. For additional guidance on returning to training, view our resource guide. For programs that have yet to reopen, USA Archery also has great resources to keep your program and your archers on target At Home.