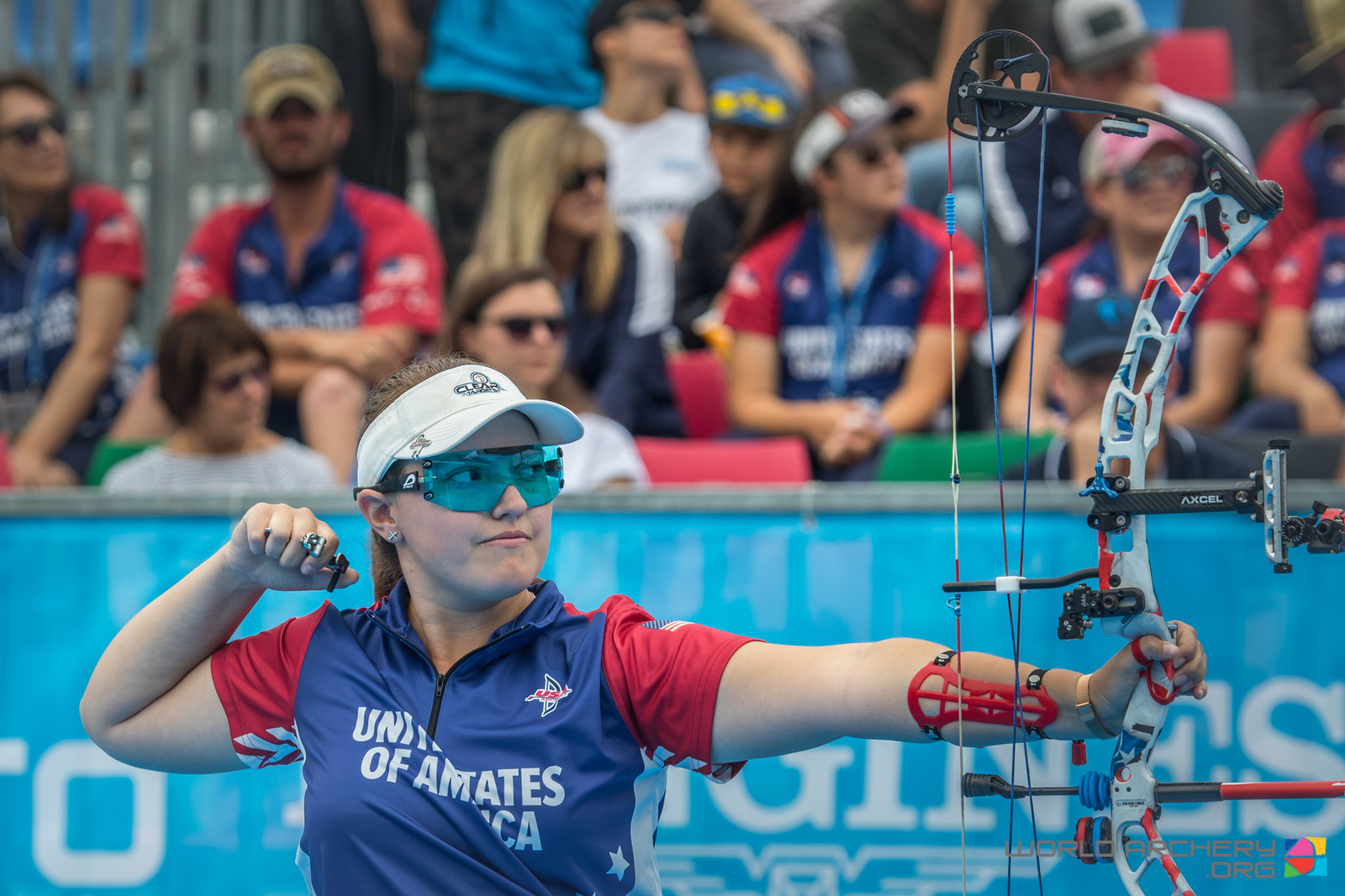 BERLIN, Germany – The 2019 Archery World Cup season has been one of the fastest and most intense in history, with the first three stages held over just five weeks. The compound medal matches at this weekend’s fourth stage confirm three U.S. compound archers are locked in for the Final in Moscow, and excite with more podium finishes to wrap an outstanding year on the circuit.

Alexis Ruiz, the 19-year-old collegiate student-athlete and reigning World Youth Champion, made her world cup debut this year and appeared at all four stages, winning medals at each. In the team events, Ruiz led USA to two gold finishes and one silver, in addition to two mixed team titles. As an individual standout, she won bronze at the first two stages and silver at the third. Hungry for the gold, the young hotshot soared through matchplay in Berlin to face France’s Sophie Dodemont for the title.

Ruiz opened with a perfect 30, and by the half, she had a two-point lead she was able to retain through the rest of the match to win 143-141. “It means everything,” Ruiz commented to World Archery. “I worked so hard this year. Being on the finals on every stage, I think it all led up to this.” 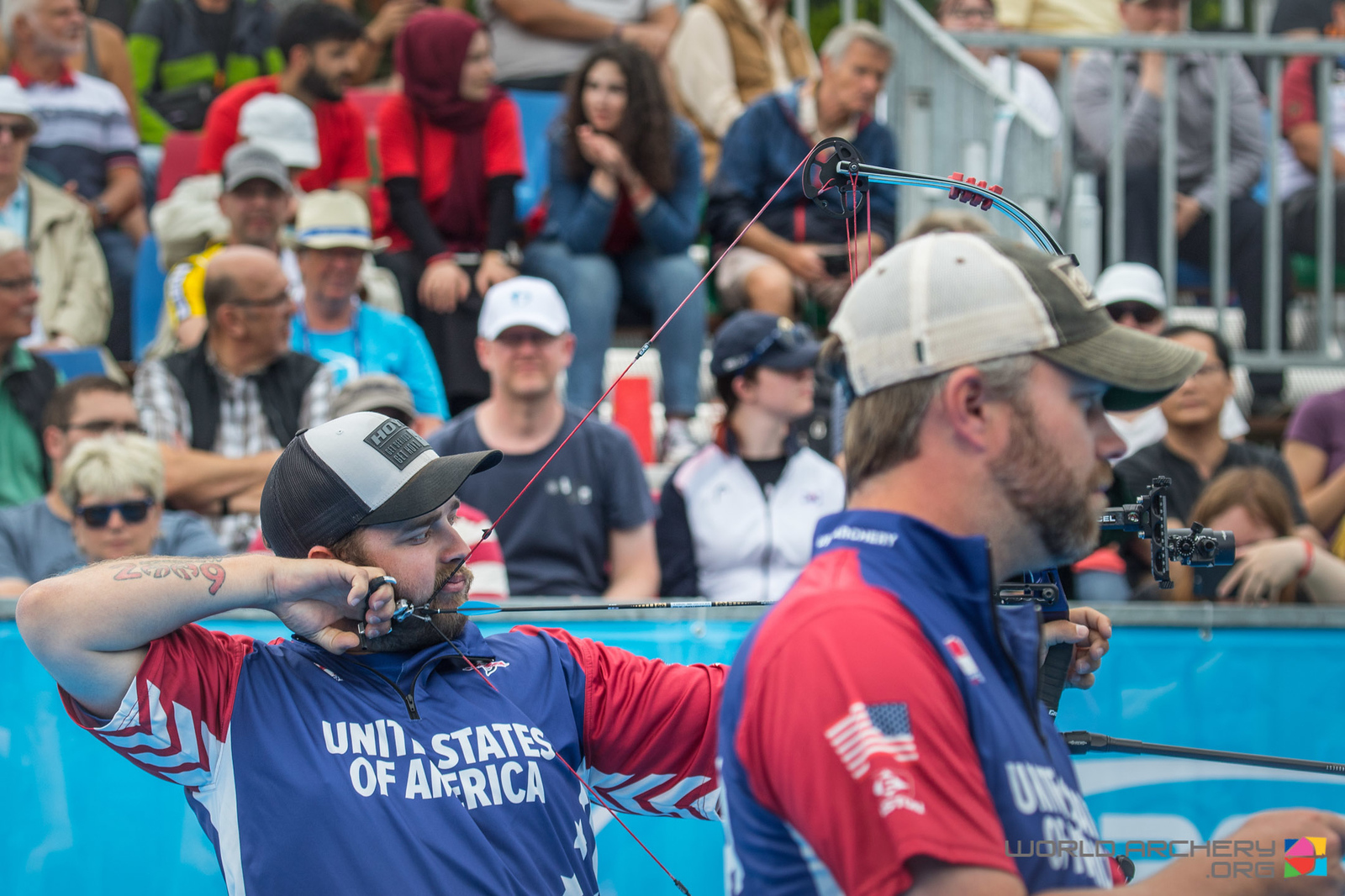 While Braden Gellenthien, the most decorated archer in world cup history, topped the world cup rankings again this season and won the first stage to seal his spot in the final, teammate and world champion James Lutz made just one appearance and won to lock up the USA’s second spot. Reigning Indoor and Outdoor World Cup Final Champion Kris Schaff, who was a staple all season and is ranked third in the world cup rankings, needed to win this weekend.

An unfortunate turn of the tides in the semifinals matches saw Schaff and Gellenthien move to the bronze final. The two opened with 30s, but then struggled to shoot their typical scores. Gellenthien in particular had a few errant arrows, and it cost him the match, 144-141. 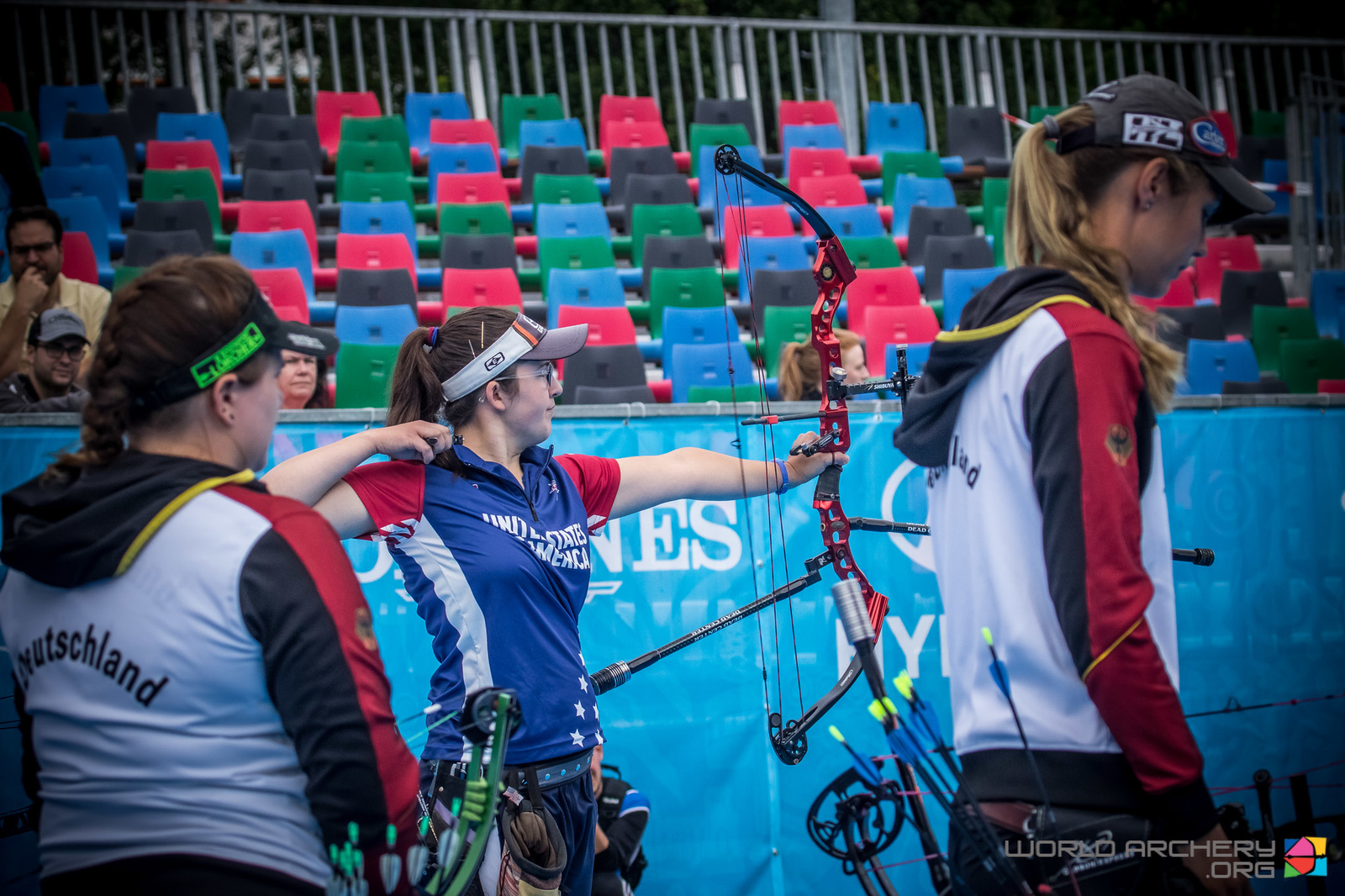 Both USA compound teams also faced home-crowd favorite, Germany for the bronze and both the men and women took spectacular leads and were unwavering on their way to podium finishes. The women crushed a 231-221 victory, while the men finished three points ahead 233-229.

Competition resumes tomorrow where the USA recurve men’s team will also shoot for bronze. Complete results from the competition are available at www.worldarchery.org. The medal matches this weekend will be streamed live at www.olympicchannel.com/live. For more, follow USA Archery on Facebook, twitter and Instagram.