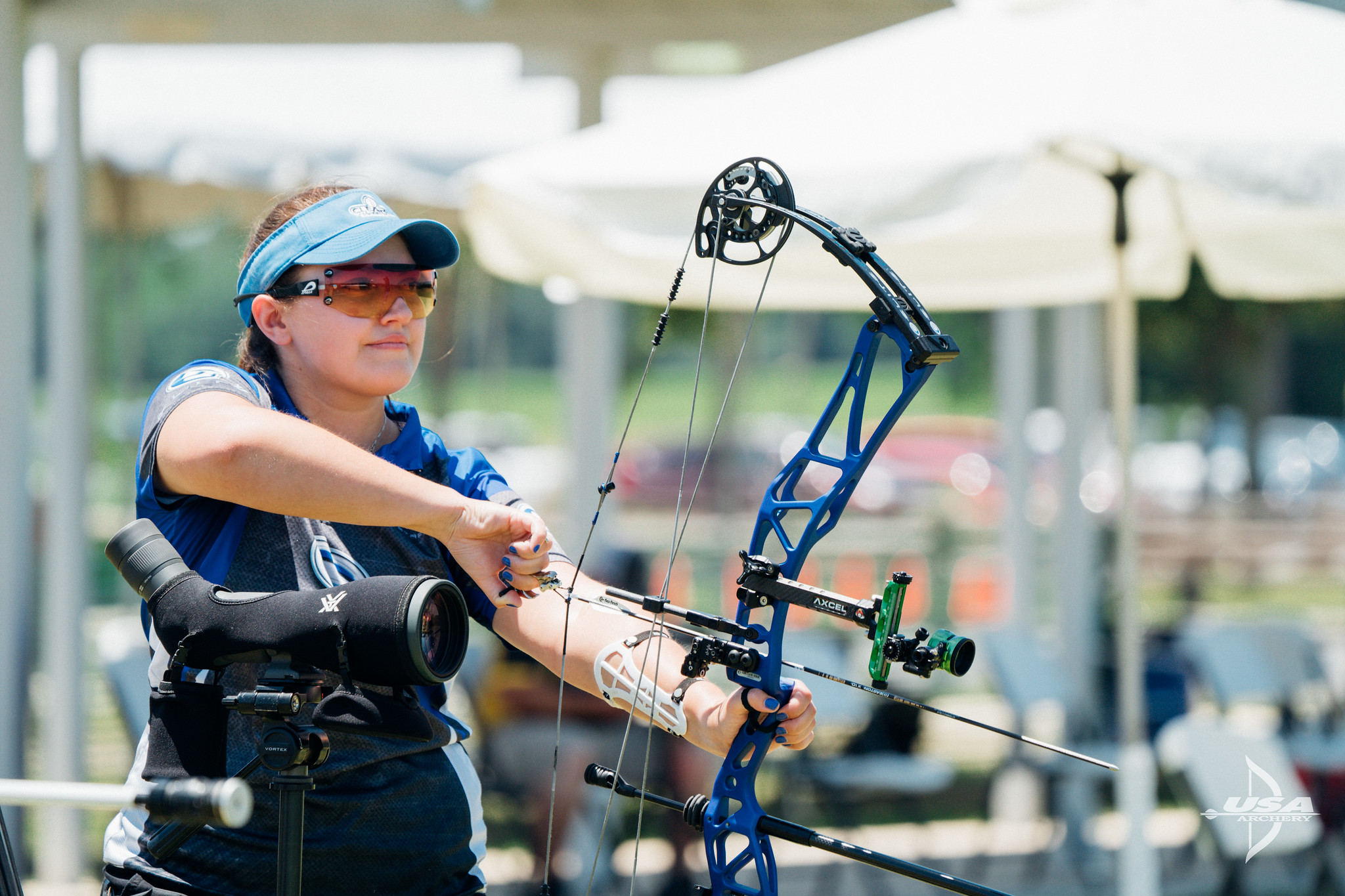 NEWBERRY, Florida – The 2021 World Archery Championships will take place in Yankton, South Dakota this September. With reigning world champions in two of four divisions in a superlative showing at the last edition in 2019, 3 current World No. 1s, and the postponed Olympic Games just around the corner this summer, stakes are high for USA Archery to select the strongest possible team to represent our nation on home soil.

The compound team selection began with a qualification round at the Arizona Cup last month, continued with a second round at the Gator Cup, which was followed by a cut to the top 8 men and women, who then went on to compete in a series of round robin matches. Another set of round robins will determine the team based on cumulative performance through all stages of the Trials. The men’s division is fiercely competitive; a three-way tie for 7th place after the second round of qualification cut Reo Wilde from continuing while Steve Marsh and Wade McClanahan advanced. While Wilde is one of the most decorated archers in recent history, neither Marsh nor McClanahan has any experience on the world stage.

At the top of the standings, reigning world champion James Lutz has a significant lead of 8-trials over Tate Morgan, who jumped into second with a solid qualification round at the Gator Cup stage and 4 round robin match wins. 2018 World Cup Final champion Kris Schaff is just a point behind Morgan.

Three archers will make the team, and currently tied for fourth with one stage to go, are World No. 1 Braden Gellenthien, the most decorated archer in world cup history, and 2016 world field champion Steve Anderson. 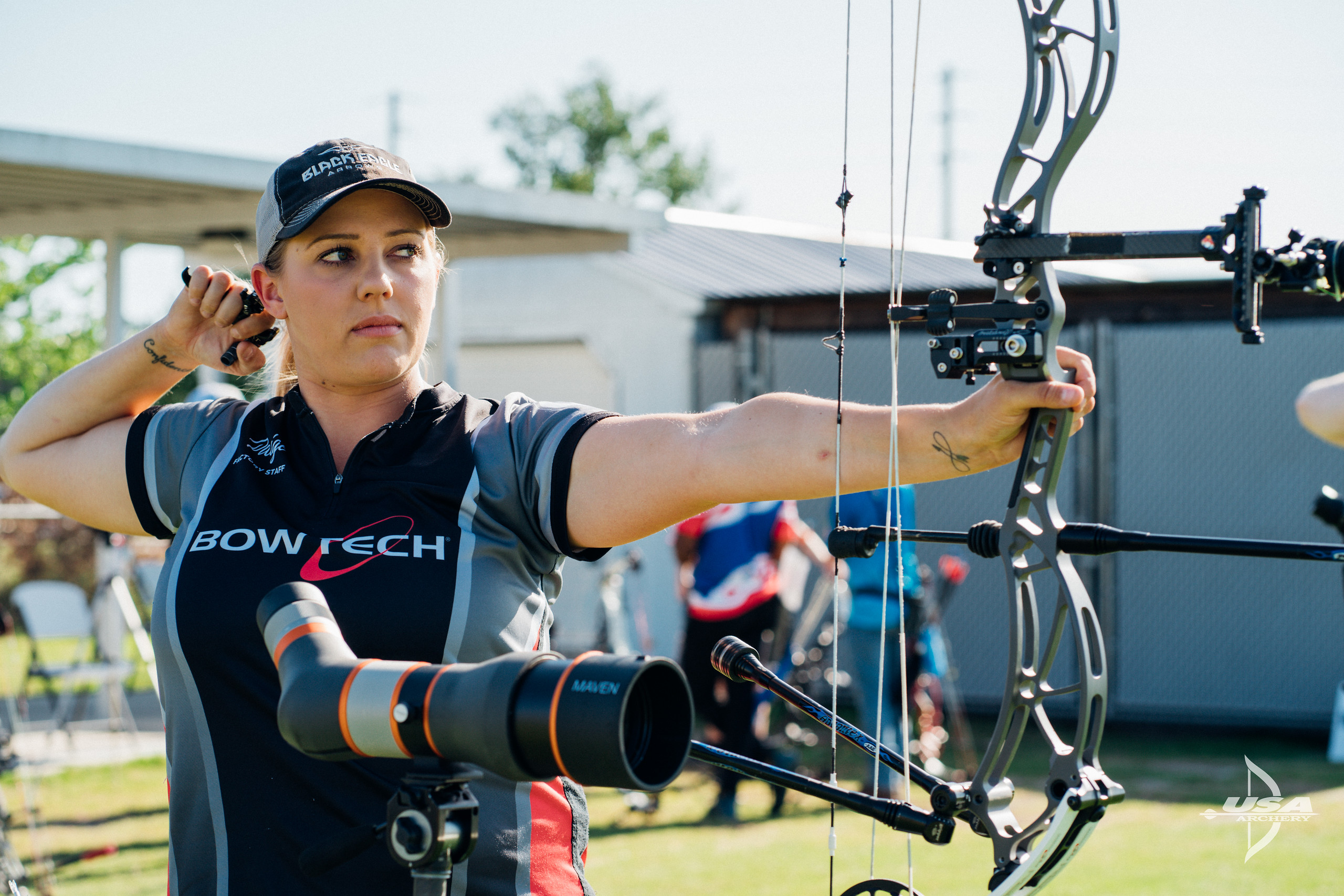 Almost untouchable in the compound women’s rankings, reigning world silver medalist and World No. 3 Paige Pearce has a tight hold on the top spot, followed by World No. 1 Alexis Ruiz. Pearce and Ruiz won team silver with Cassidy Cox at the 2019 World Archery Championships and are looking for a strong third to round out the team again this summer.

Linda Ochoa-Anderson, who just made her Team USA Archery debut after switching teams from Mexico, is currently third in the Trials rankings, having picked up steam with a strong performance in Florida.

Makenna Proctor sits just behind Ochoa-Anderson, and while she has made strong runs towards U.S. teams in the past, a win at stage 3 would make this her first international team. Still in the running: Savannah Vanderwier and Cassidy Cox are not far behind Proctor and Lexi Keller and Makenzie Weatherspoon will also continue to make a run for the team at the final nomination shoot in Chula Vista, California next month. 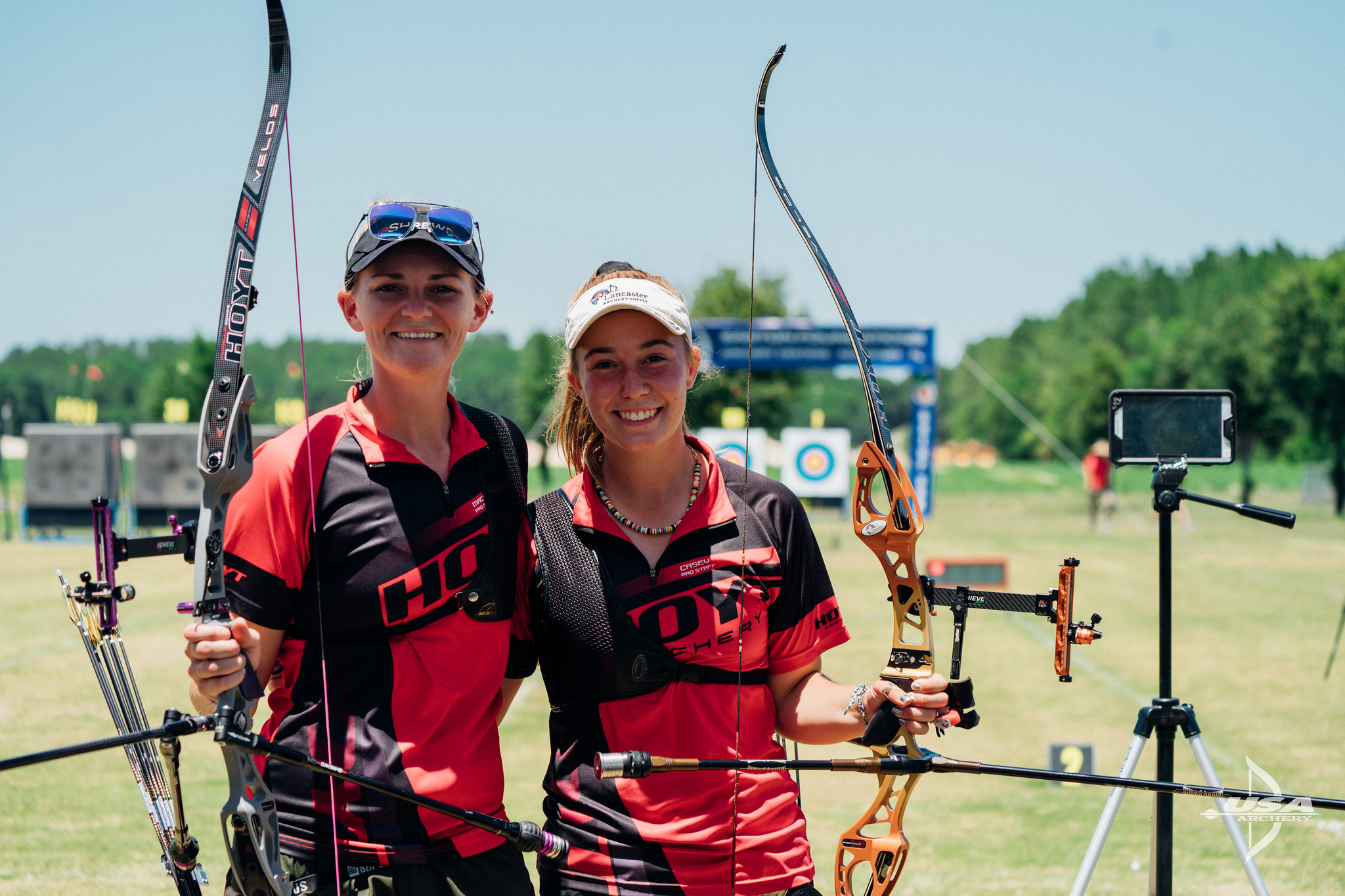 For the recurve trials standings, which reflect two qualification rounds thus far and will also conclude in California next month, the men’s top three is the same as the standings for the 2020 U.S. Olympic Trials for archery; Brady Ellison, Jack Williams and Matthew Nofel. Ellison has a big lead and there’s another big gap after Williams, but Matthew Requa, Joonsuh Oh and Thomas Stanwood are very close to Nofel, with a lot of points left up for grabs at the final stage of Trials.

Casey Kaufhold and Mackenzie Brown are tied at the top of the women’s rankings for both the world championships and Olympic Games. For the world team, young teen Gabrielle Sasai is third in the hunt, just ahead of Olympic hopeful Jennifer Mucino-Fernandez.

Updated results from the Trials are available on Between Ends. The final team selection will be announced at the conclusion of the third nomination shoot on June 7th.