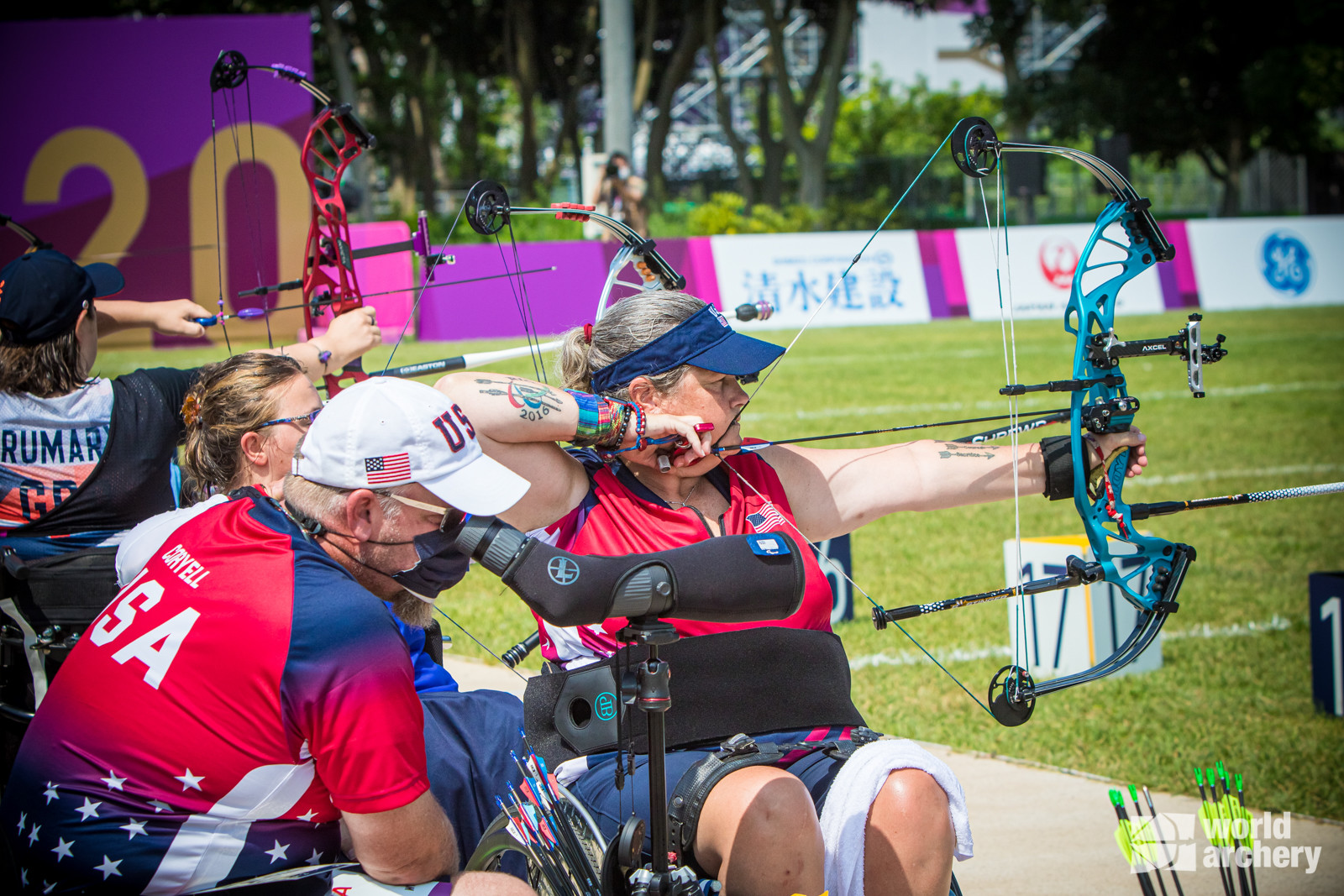 TOKYO, Japan – The long-awaited Tokyo 2020 Paralympic Games finally opened the archery competition today in Yumenoshima Park. The weather was hot and the scores were hotter as 9 Paralympic records fell with archers shooting leagues better than ever before.

USA’s W1 archer Lia Coryell has held out hope that she would be able to compete at the Tokyo Games despite her MS diagnosis and several hospitalizations in the past year. Today she defied all odds, and her tireless training efforts and strong mental game paid off. She took an early lead and held on to it for much of the first half, ultimately sitting in third with a 309 after the first 36 arrows, well on her way to a personal record. She ended up two points out of 3rd, qualifying 5th.

“I have never in an international competition had my name listed as one of the top contenders and it was freaking epic,” Coryell shared on her social media. Coryell has been on the international circuit for 6 years and finished 4th at the Rio 2016 Games in the mixed team event. “I feel like I have had to move mountains to even be able to get to Tokyo so I’m counting today as a 101% win for us – Team Lia! So stoked. Couldn’t have done it without boots on the ground helping me to reach my goals and find my path.”

USA Archery is the only nation with three archers in the compound men open division, featuring a strong lineup. 12 archers surpassed the previous Paralympic record of 687 today, with Armless Archer and London 2012 silver medalist Matt Stutzman being the 12th, scoring a 688. Stutzman shared on social media: “Well that just happened. I executed my game plan. Misjudged the wind like the worst I’ve ever judged. Tomorrow I’m not going to do that. Sitting 12th is actually a great place to be.”

Kevin Polish Jr. was just behind, ranking 13th with a 687. Reigning Paralympic Champion Andre Shelby, who had commented earlier in the day he was feeling the pressure for a repeat performance, was 25th with a 675. 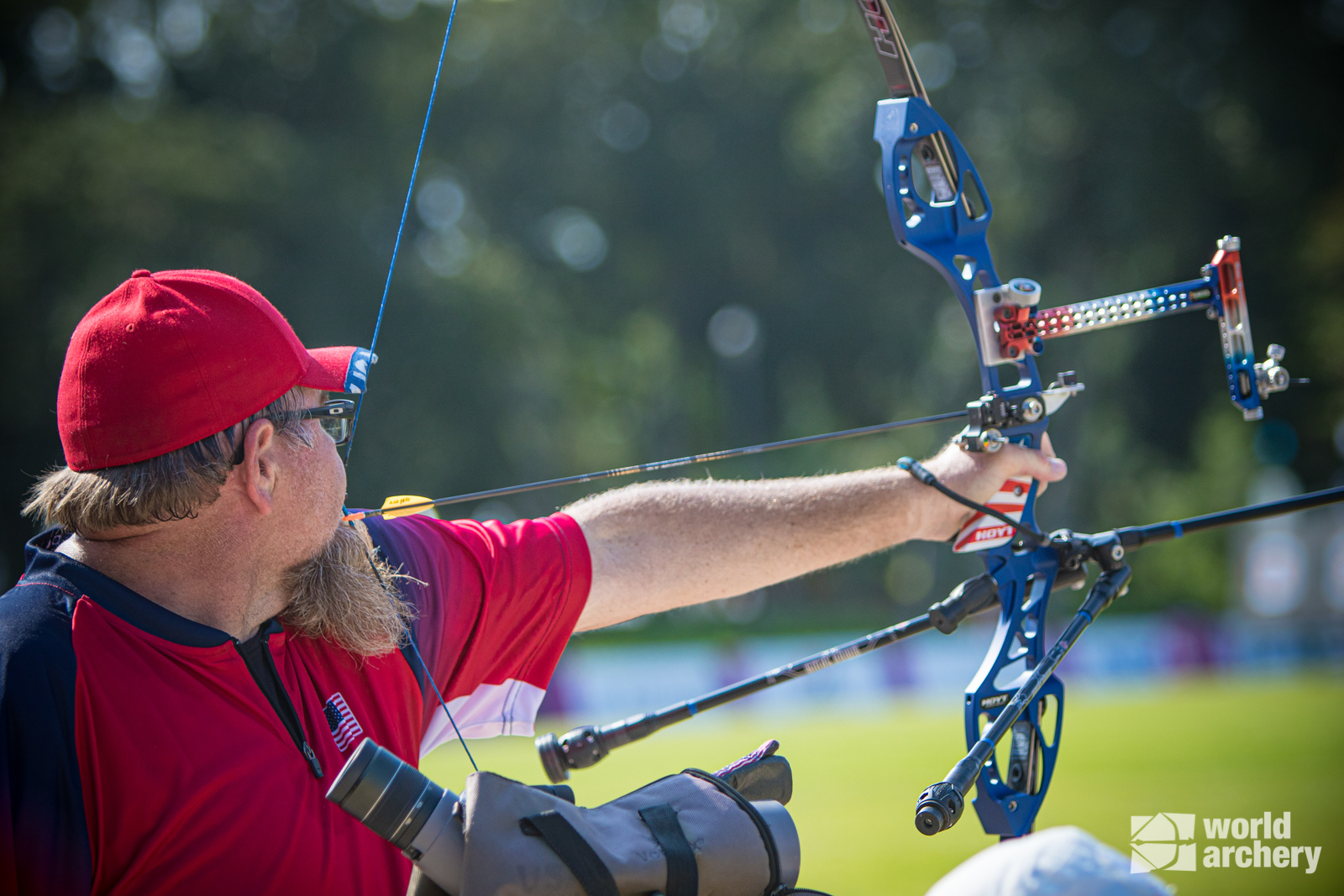 Four-time Paralympian Eric Bennett, the reigning world silver medalist, is hungry on the hunt for his first Paralympic podium. Qualifying 15th for the recurve men open with a 608, just ahead of teammate Kevin Mather who was 17th with a 606, Bennett shared on social media: “It was a day of highs and lows… I had a rough day in qualifying. I’m a better archer than the score I shot. I have a week until eliminations start. Elims are my jam so I’m not out of it yet!”

In her Paralympic debut, Emma Rose Ravish, battling a wrist injury, qualified 22nd and 13th for the mixed team event with Bennett.

Competition continues tomorrow with the compound men open 1/16th elimination matches. Results from the competition can be found at Olympics.com. Photos via World Archery.