Stutzman and Shelby through to Top 16 at Tokyo 2020 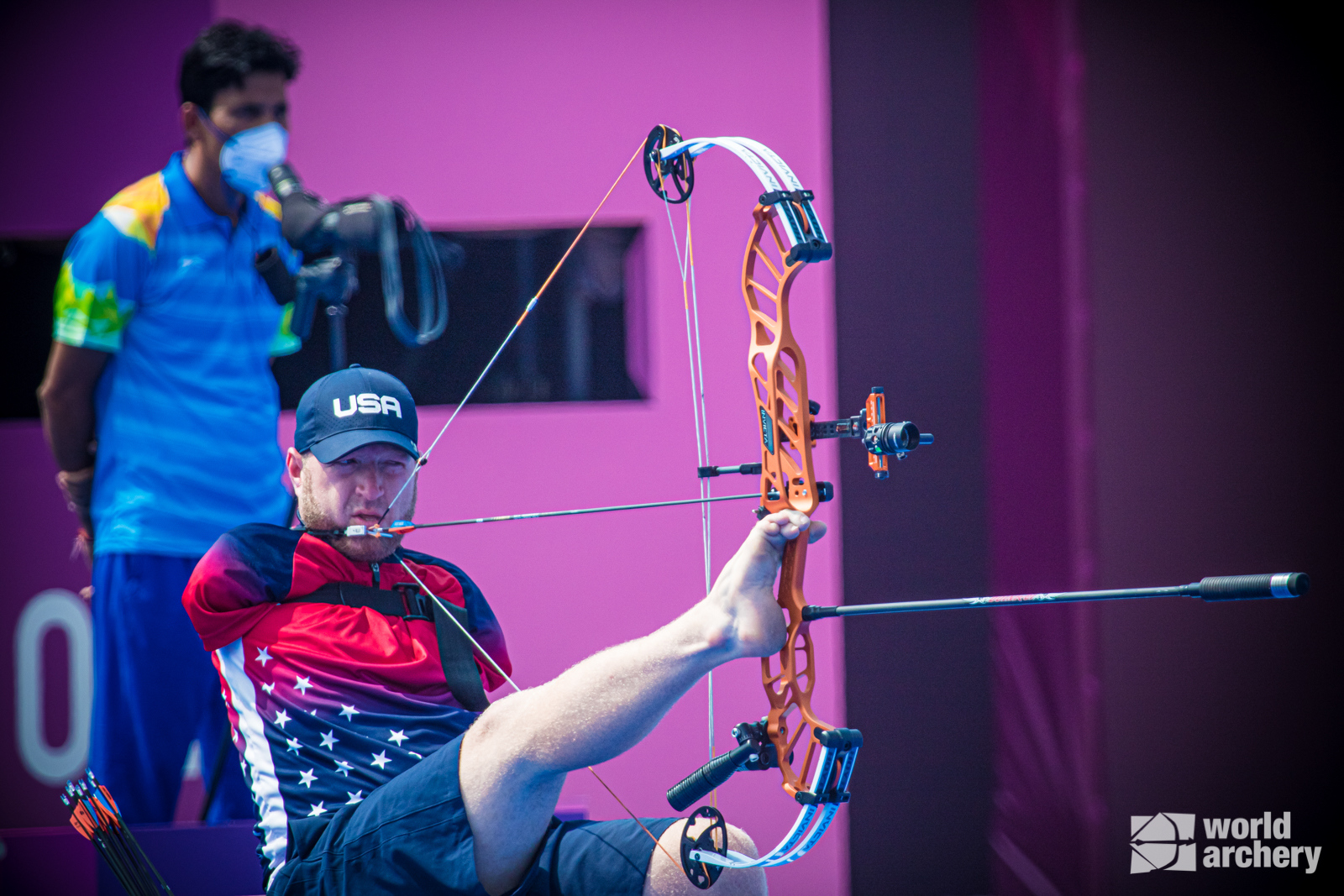 Stutzman was the first in the arena, where each match is shot individually for maximum drama and pressure. Seeded 12th and determined to read the wind better today than he did in qualification yesterday, Stutzman had a strong opening, finding the X on his second shot against India’s Swami. The armless archer pulled ahead slowly, but with a perfect 30 in the fourth of five ends, while his opponent dipped into the red rings, he widened the gap and ultimately took the win 142-139 to advance. 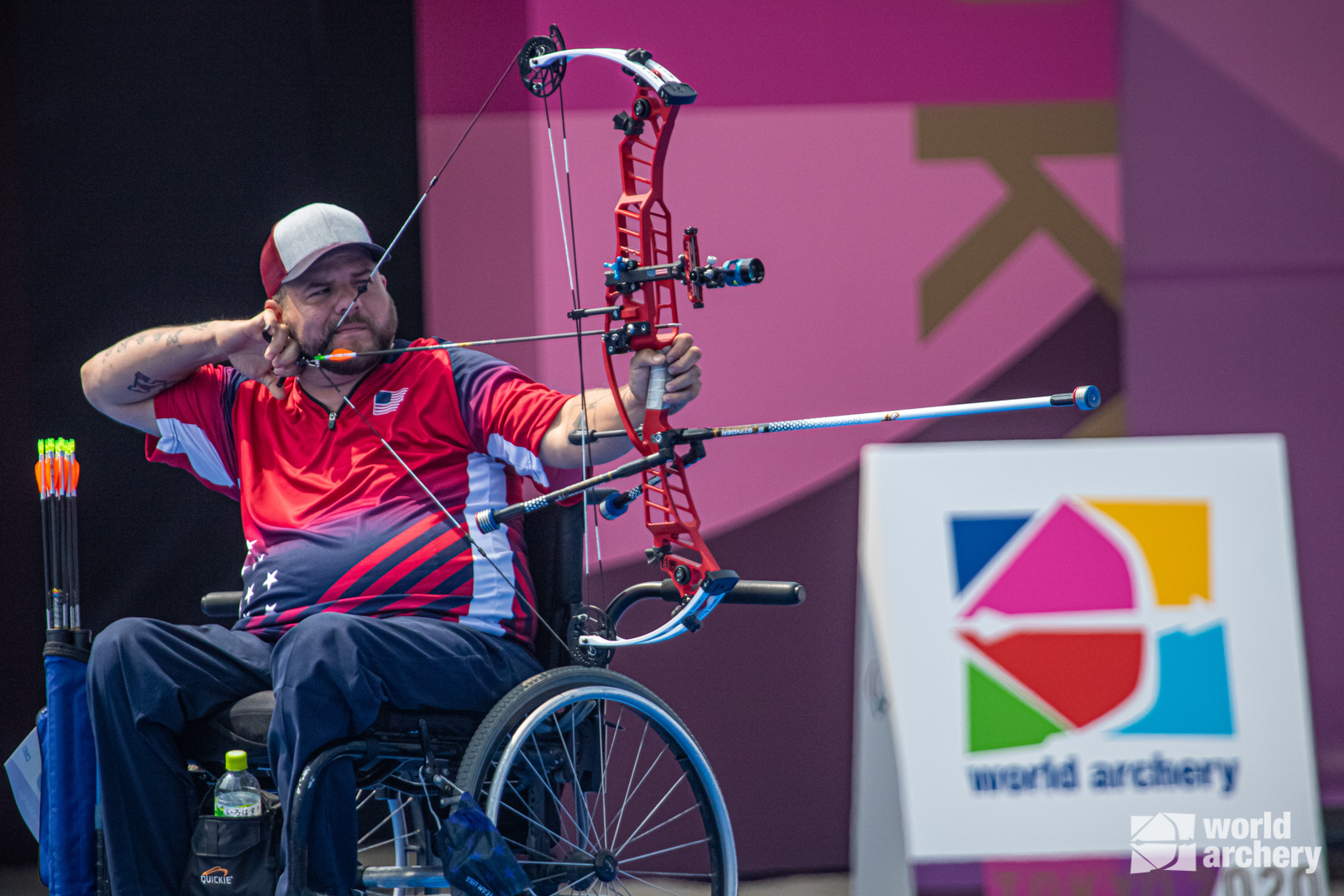 Kevin Polish Jr. was up next as the 13th seed. Finland’s Forsberg found his footing faster, picking up two points in the first two ends and then while the two matched point for point through the remainder of the match, Polish couldn’t catch up and was upset 143-145 in what was the highest scoring match of the whole day.

Team USA, the only nation with three men competing in the division thanks to holding the world champion titie, then saw Reigning Paralympic Champion Andre Shelby take the stage. He admitted to feeling tremendous pressure: “I was more nervous in this opening match than I was at the gold medal match in Rio,” commented Shelby. 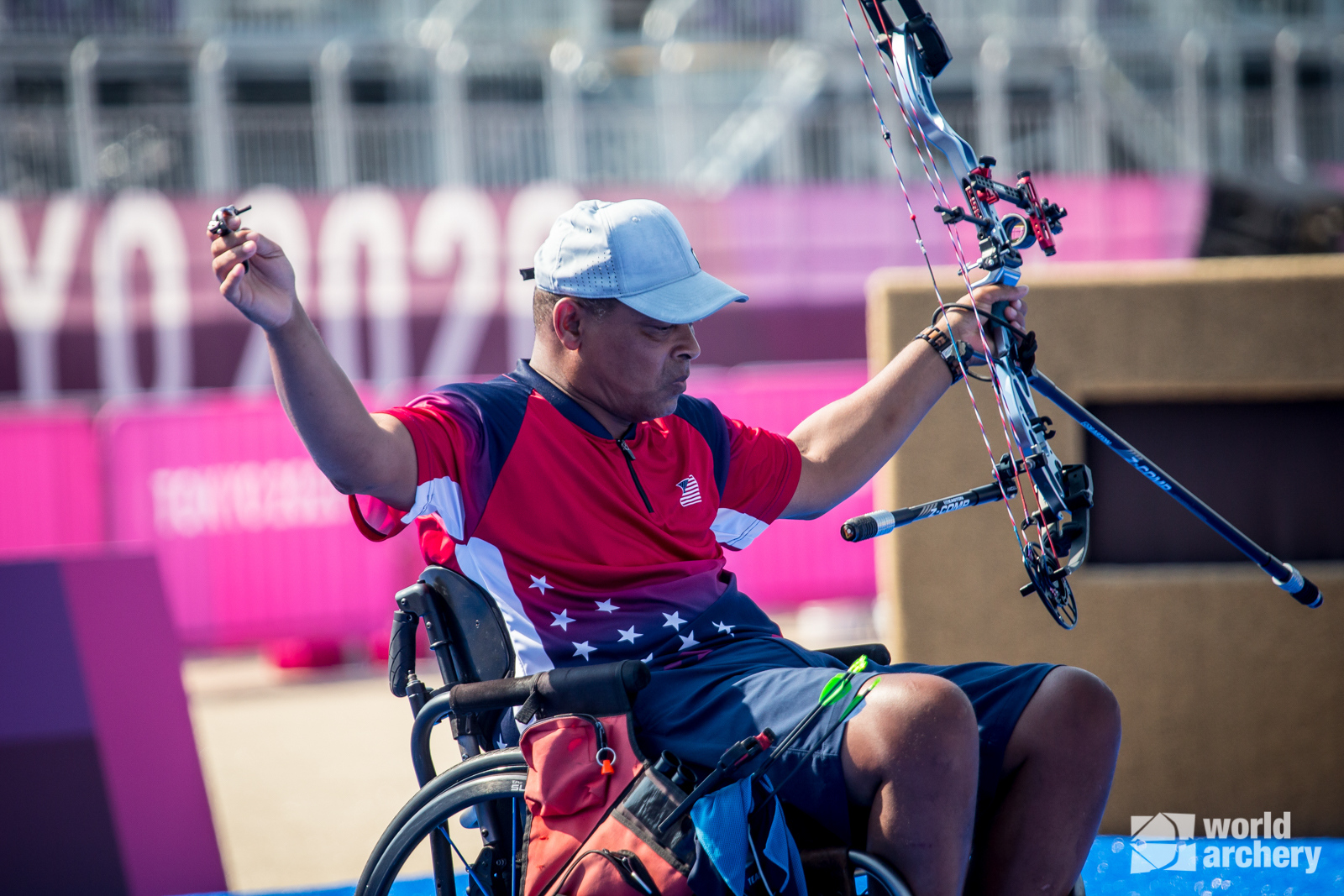 The 25th seed took on No. 8, Australia’s Milne and it wasn’t until the third end that scores started to separate as Shelby kept his arrows in the yellow and Milne dropped to the red. Taking a 143-141 win, Shelby leaps ahead in the brackets and will next draw Turkey’s Turan, who upset No. 9 Atameno of Ukraine. Stutzman is bracketed to shoot against Slovakia’s Pavlik, who qualified 5th.

The compound men open competition continues Tuesday in Tokyo with eliminations through the medal matches. Results from the competition can be found at Olympics.com. Photos via World Archery.