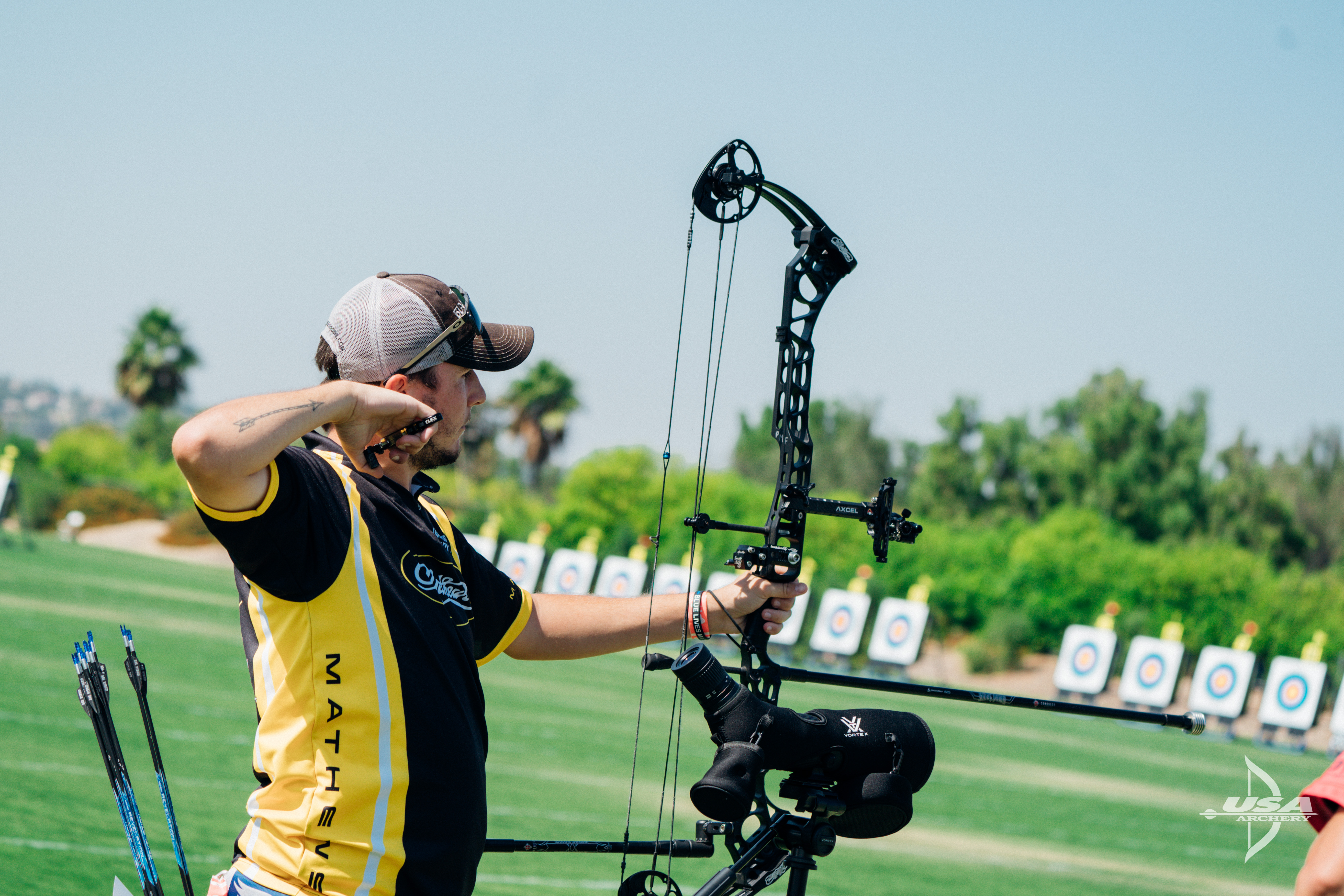 CHULA VISTA, California – The United States Archery Team Qualifier Series kicked off its second event of the season under hot sun. The winds picked up as qualification carried on, but archers shot strong scores despite the challenges.

701 was the score to beat on the compound field. World Champion James Lutz topped the senior men’s ranking round while Denmark’s Tanja Jensen also topped the women’s field with an impressive 701 of her own. Masters’ scoring leader Tim Gillingham was right in the mix with the seniors, posting a strong 699.

“Today started out good, the wind picked up and it got really confusing, but overall it went well,” shared Lutz. “It was a tough day and a grind for everyone, but I think the past week of NFAA tournaments in Yankton actually helped me because I felt way stronger in the wind than I usually do. At this tournament last year, when the wind picked up during matches, that’s when I went downhill, but I was able to hold pretty well today and stayed strong through every shot. I’m looking forward to tomorrow.”

Alanna Dunaway led the compound master women with a 655 for a strong lead and Gabriel George led the para compound open men with a 601. 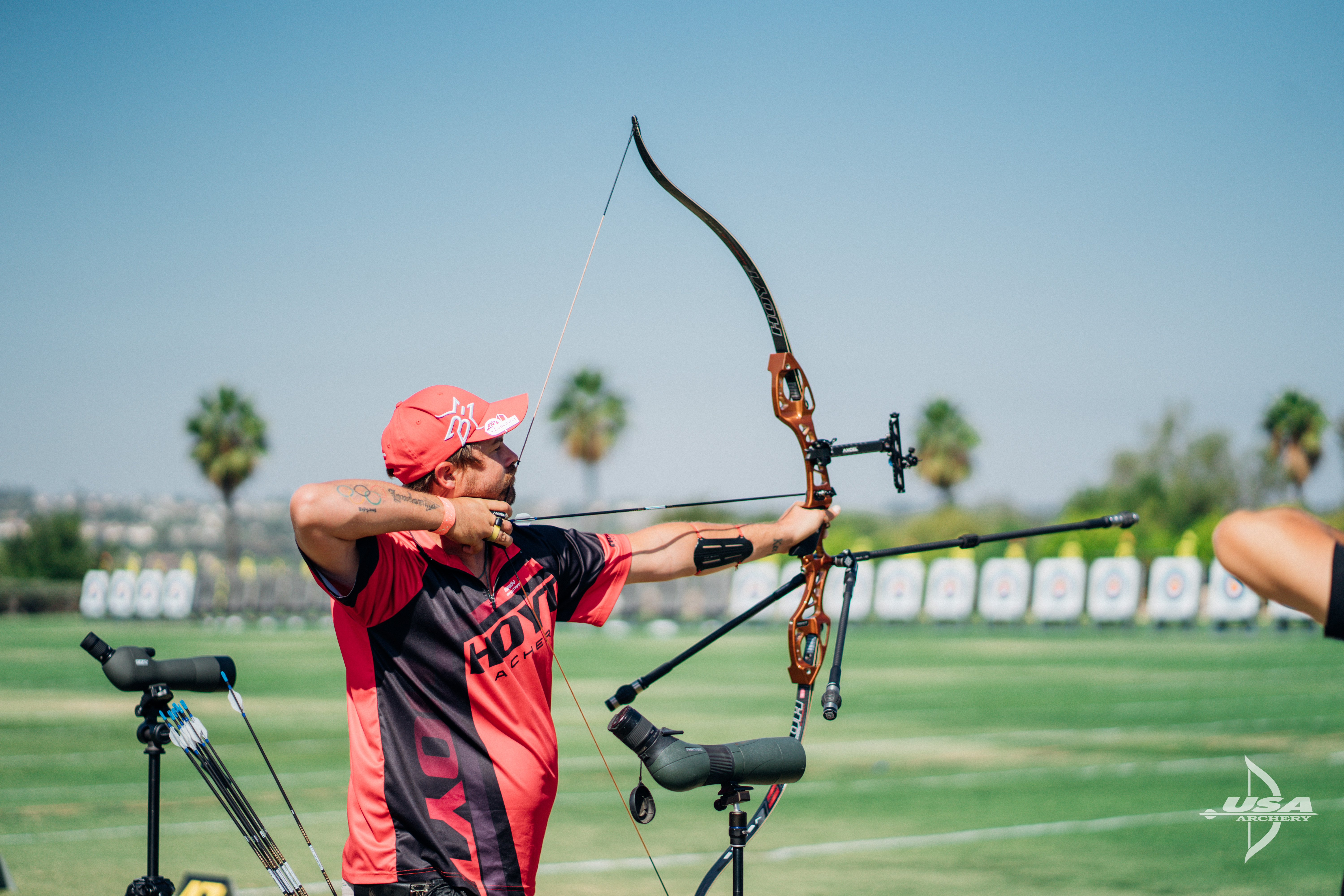 On the recurve field, Olympic Trials leaders Casey Kaufhold and Brady Ellison continued their dominant streaks this season. Ellison’s 678 put him 13 points clear the rest of the field while Kaufhold’s 649 garnered her the top seed headed into eliminations.

Kaufhold shared: “With the wind today, I was just trying to focus on having a good spot to aim. The wind changed a bit, but it was mostly consistent, so I found my spot on the edge of the red and stayed there most of the time unless I saw the wind pick up or die down. It was a day where you had to pay a lot of attention to the weather.”

Tatyana Muntyan also continues to crush the recurve master women’s competition this season, posting a 608 to qualify first alongside Brent Allen with a 629. Kevin Mather and Emma Rose Ravish were the top qualifiers for the para recurve open divisions.

Competition continues tomorrow with the senior and master elimination matches (through bronze medal finals for the senior divisions) and qualification for the cadet and junior divisions later in the day. Complete results from today’s events and live scores throughout the weekend are available on Between Ends. Check out our online photo gallery and join the conversation this weekend with #SoCalShowdown.

The senior gold medal matches will be live streamed Sunday morning on USA Archery’s Facebook and YouTube starting at 8am PT.