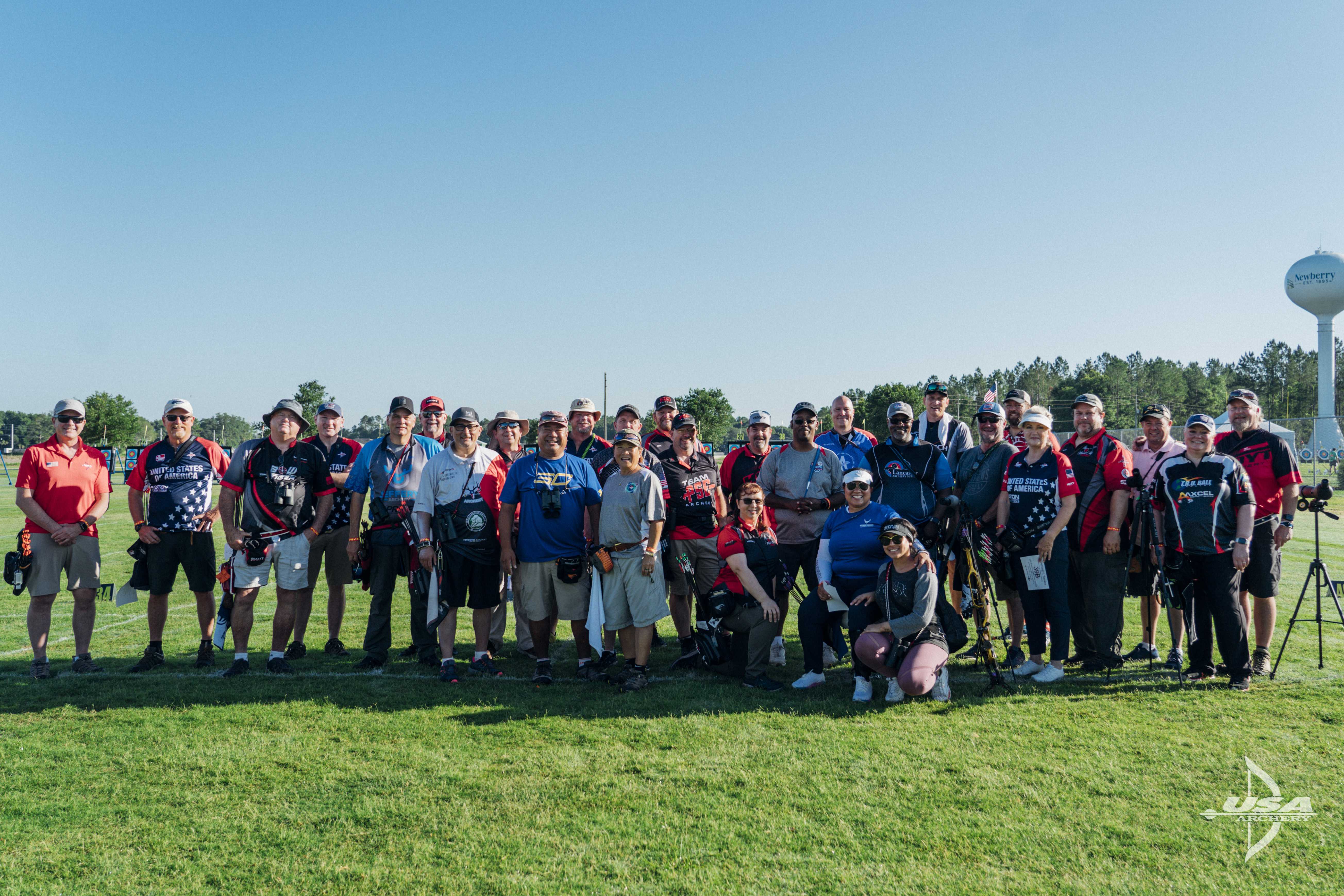 NEWBERRY, Fla. – The second stop on the 2022 United States Archery Team Qualifier Series, the Easton Foundations Gator Cup, is in its biggest year to date and competition is fierce among nearly 700 archers. The skies were sunny today for a calm first half before the breeze picked up a bit while the senior and 50+ archers took the field for qualification. 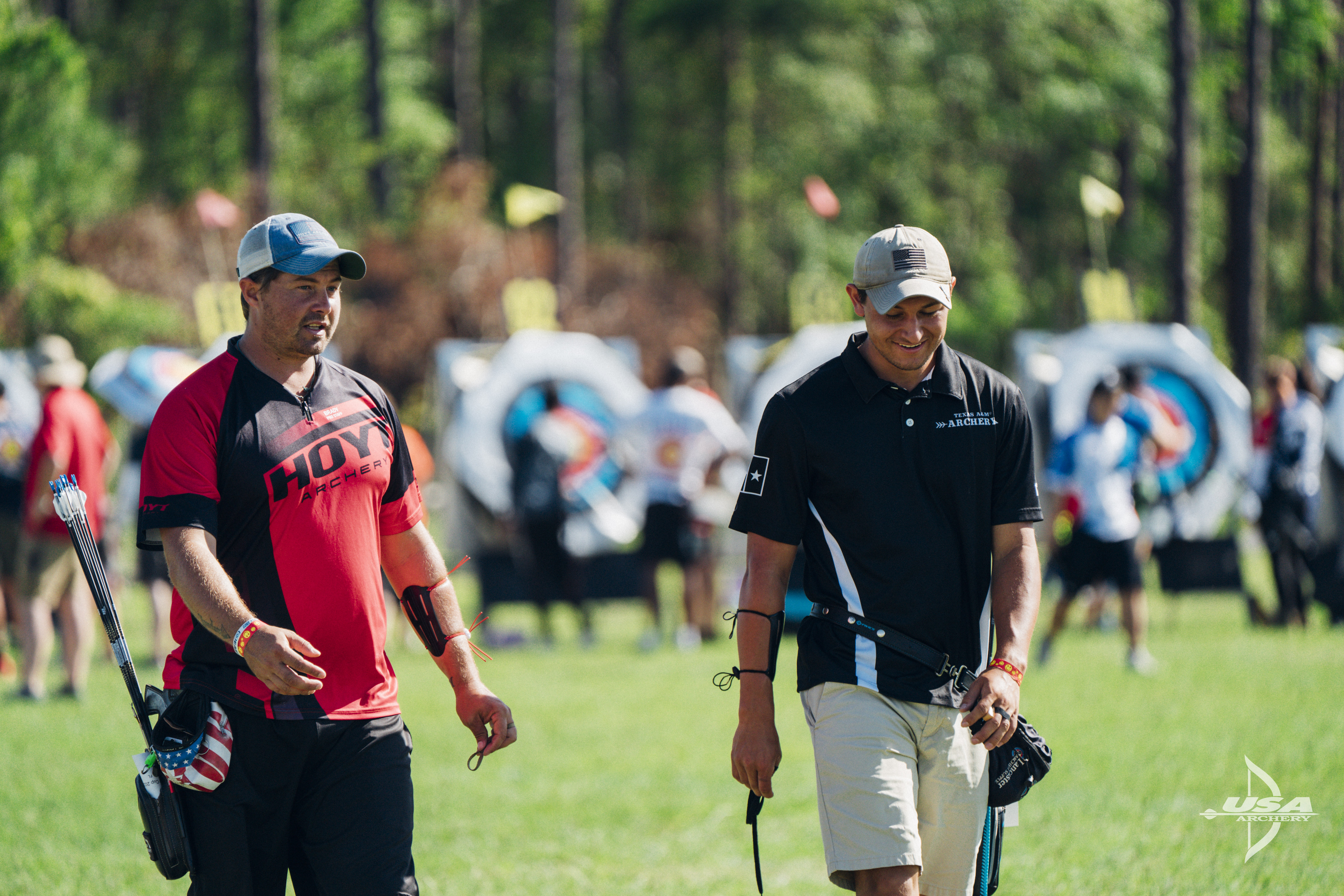 Brady Ellison topped the recurve men’s field with a 677, just ahead of Texas archers Matthew Requa and Trenton Cowles. “I actually had the wind right, it just never broke where I wanted it to,” commented Ellison. “I’ve been traveling a ton and haven’t been able to practice much. I’ve been struggling a ton even from indoors but I’m going in the right direction. I’m excited with how my shot’s feeling and where it’s going but with all the tournaments back to back to back I haven’t had time to work on things the way I want, so when it’s going good it’s where I want, but I’m making a lot of mistakes so after this weekend we have a week off before SoCal so hopefully that will be enough time to get things turned around for that event and the second half of the international season.”

Stiff international competition arrived in Florida as Mexico’s Aida Roman and the Netherlands’ Gabrielle Bayardo finished just ahead of Casey Kaufhold in the recurve women’s field; qualifying with 657, 656 and 654 respectively. Denmark’s Tanja Gellenthien topped the compound women’s field with a 702, Slovenia’s Toja Ellison also broke the 700 mark and Paige Pearce was third with a 697.

Seven compound men broke 700 today, with Braden Gellenthien locking up the pole at 705 despite the increased wind on the back half, edging out the Netherlands’ Mike Schloesser on X count, while James Lutz and Sawyer Sullivan were each just one point behind. 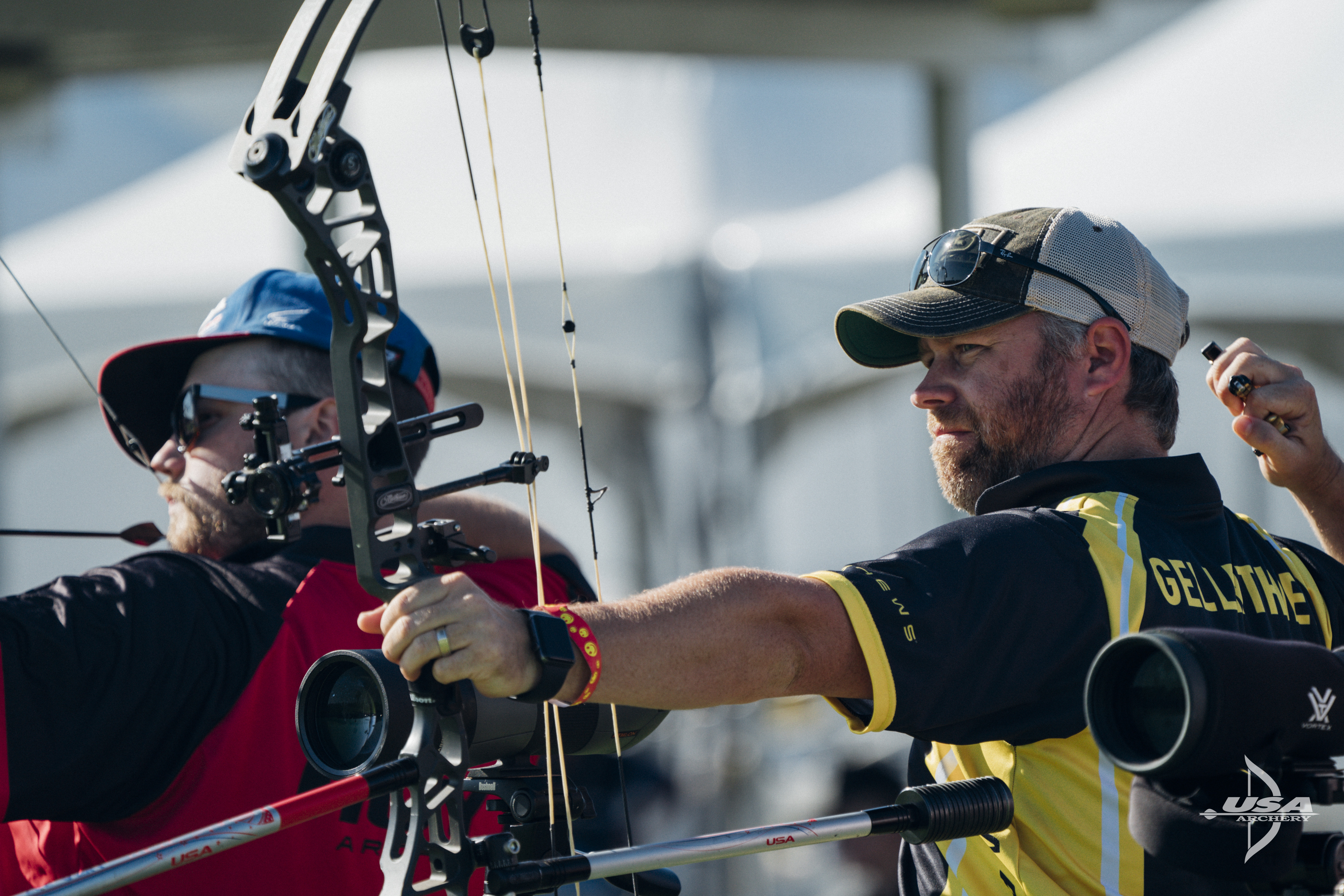 “The last several months have been a grind figuring out what would work best for me this outdoor season,” said Gellenthien. “This last week I rediscovered some of my old magic and stumbled upon things that brought me success in the past. The wind made things a little tricky today but I managed to stay focused on my shot sequence, remained confident in my gear and did the best that I could. I’m super excited for matches tomorrow and can’t wait to get back on the field!”

On the barebow field, Tracy Ratliff outscored Kelly Scott for the top seed in her first Gator Cup since the recent addition of barebow to all USAT series events. “This is going to be my highest scoring national event,” shared Ratliff. “I think I missed my last achievement award pin by just two points, but it was a good day for me. It’s my first time in Florida, my first Gator Cup and it’s been my favorite tournament this year!” 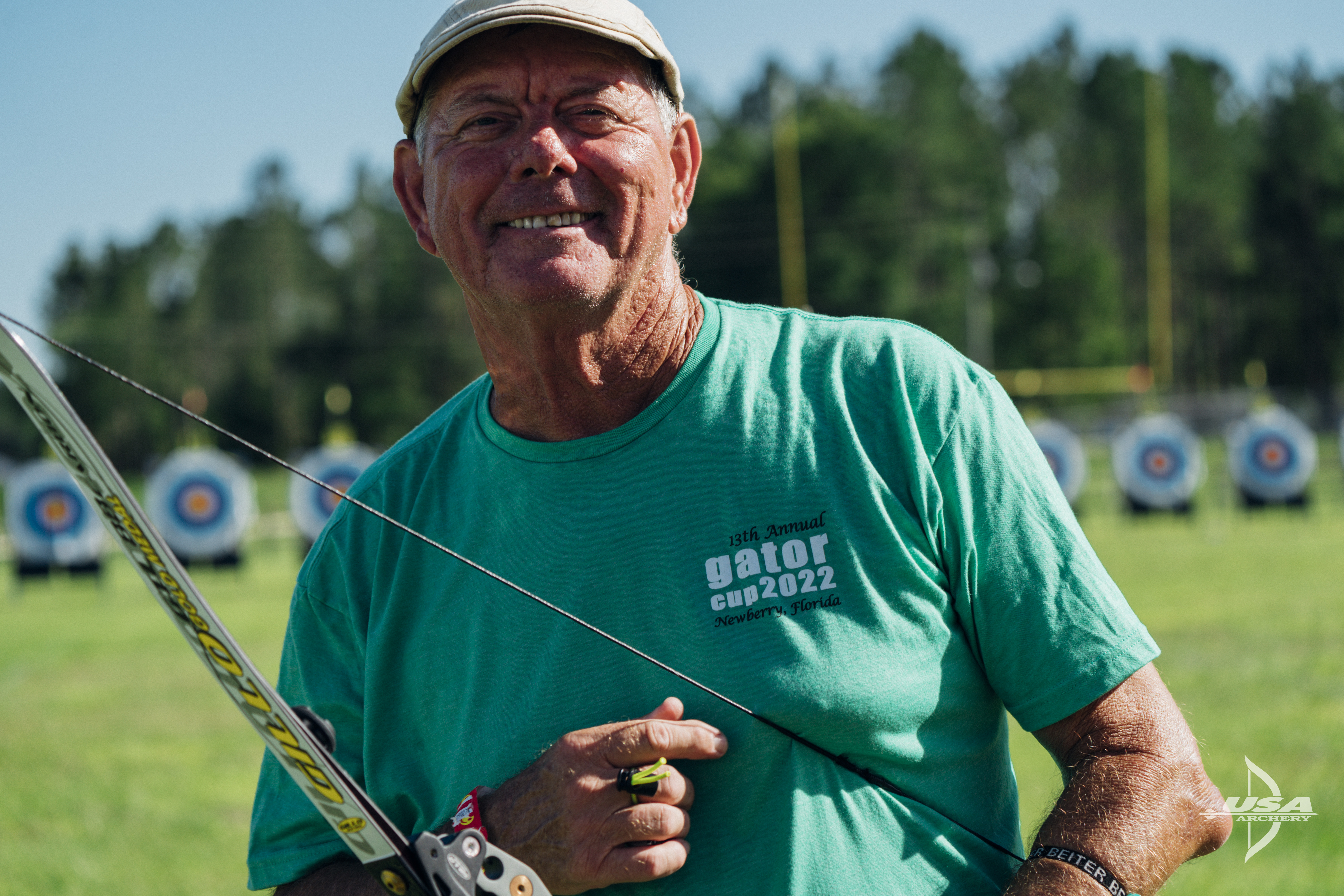 Aydar Rakhmatullin, Christopher Willard and Jun Luo led the barebow men’s qualification, but it was the barebow 50+ men with the largest contingent in the class. David Nesbitt scored a 583 to take the top seed over Tim Shepard and John Reilly. Melissa McAvoy just outscored Allison Eaton for the top barebow 50+ women’s spot.

The recurve 50+ divisions were as competitive as evet, and it was Florida local Mark Williams who came out on top with a 650, nearly 30 points clear the rest of the field. Thomas Stevenson Jr. and Thomas Hardin qualified 2nd and 3rd while U.S. Virgin Islands’ Tatyana Muntyan took the women’s top spot over Janis Grellner and Susan Bock.

Once again, Timothy Gillingham dominated the compound 50+ men’s field, posting a field-topping 702 today. James Butts and Christopher Deston are qualified 2nd and 3rd and Tamara Fontenot, Renee Gee and Sharon Totton are in the top seed spots for the women. 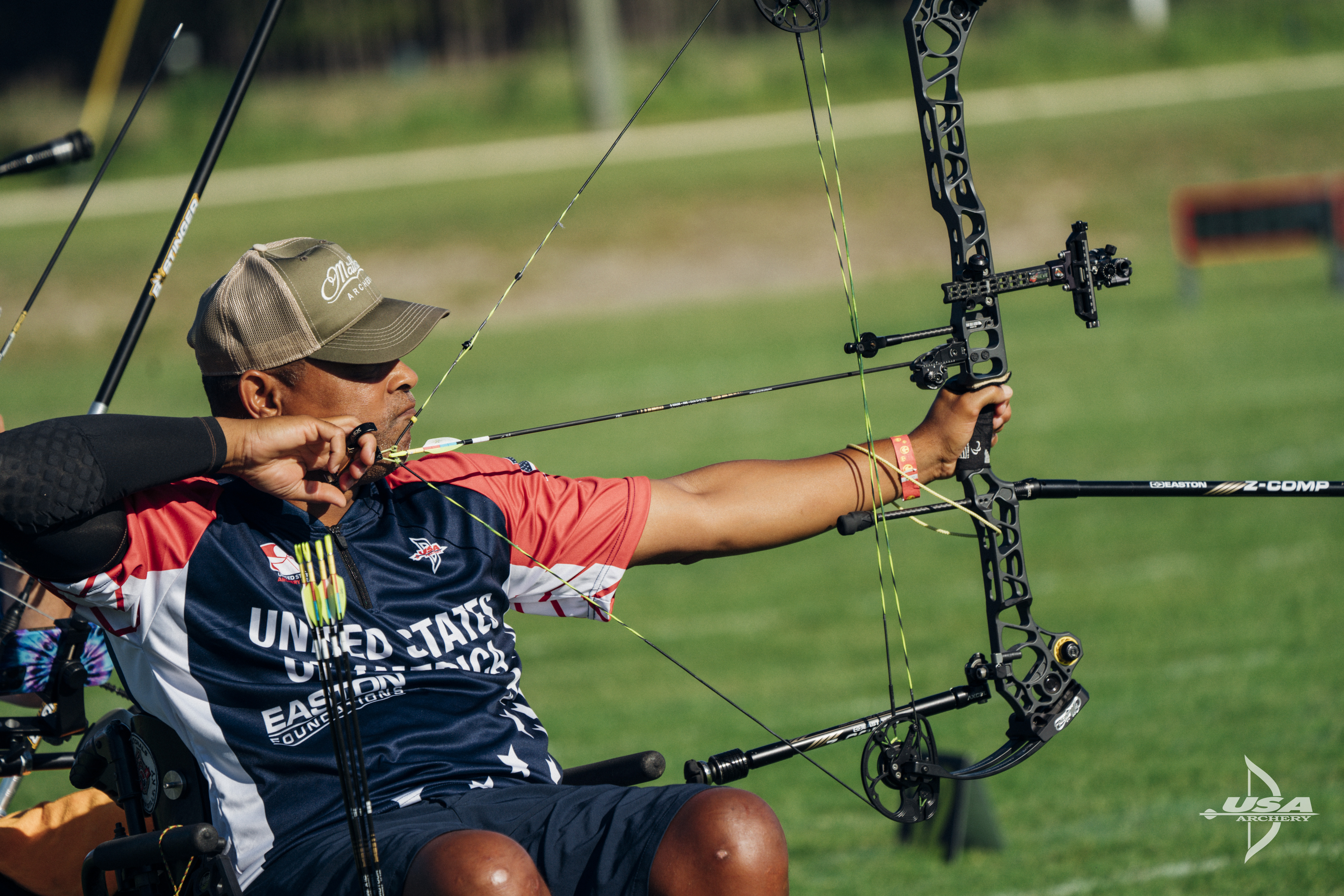 Para archers were awarded event titles from today’s round as they mix with their able-bodied counterparts for the elimination matches. The compound men’s open division was the largest on the field and Benjamin Thompson sealed his spot on top of the podium over Andre Shelby on X count while both posted 683s. David Cunningham took the bronze with a 669.