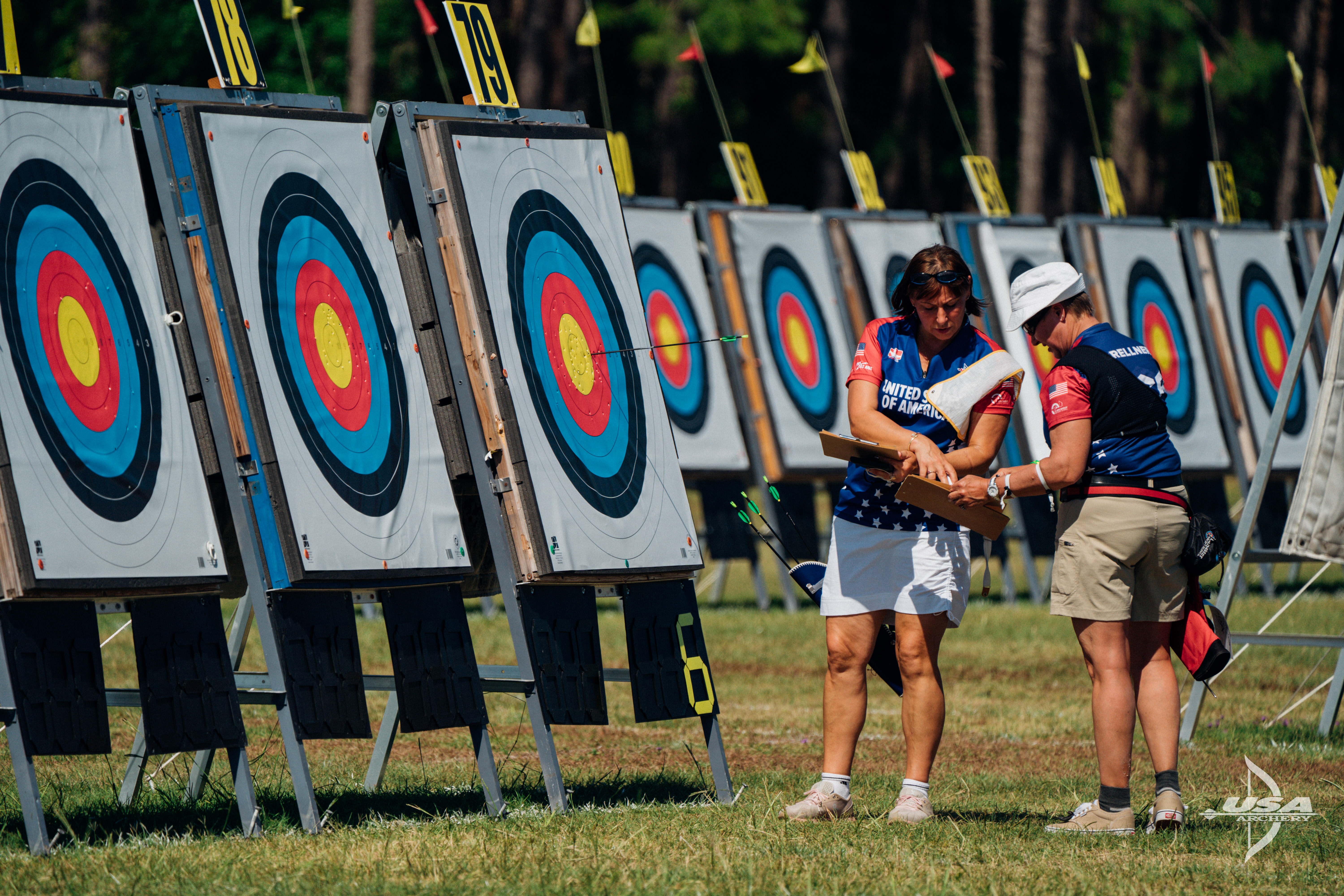 Tatyana Muntyan continued her dominant streak in the recurve masters women’s division, qualifying first with a 650, 20 points ahead of Janis Grellner. The top two qualifiers were strong in match play, ending up head to head for gold. A close battle where the two split each of the last three sets, ended in a one arrow shoot off, where Muntyan took the win.

6th seed Michelle O’Donnell upset Melissa McAvoy in a surprise quarterfinal win 6-4 after going back and forth on winners of each set. O’Donnell went on to win bronze over Amy Clawson, 6-2. 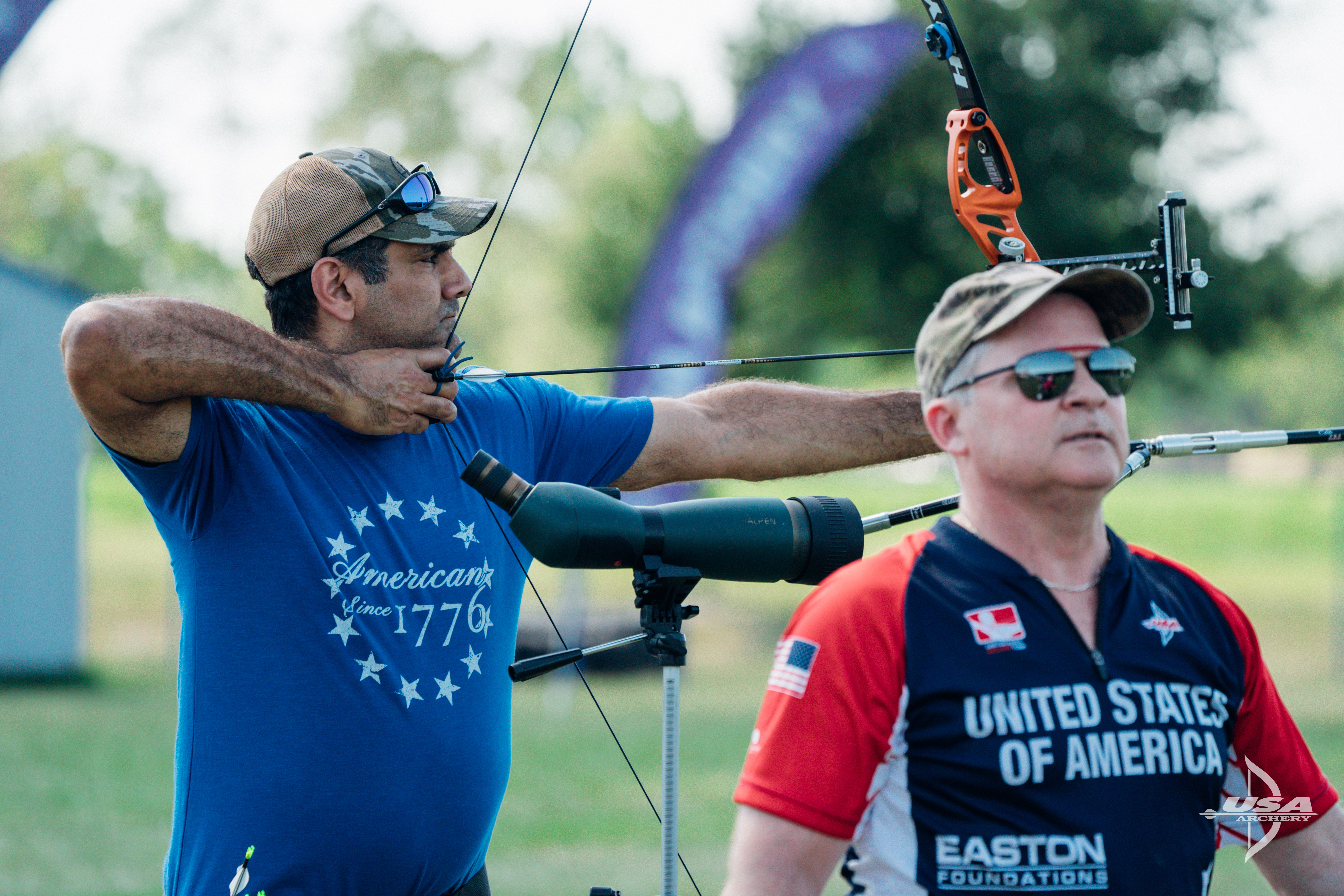 Mark Williams also qualified first for the recurve masters men and held steady through matches today to come away with the win. Guy Gerig climbed the rankings from an 11th place seed to finish with silver, while 2nd seed Stephen Vickers took bronze in a shoot off decision over Thomas Hardin. 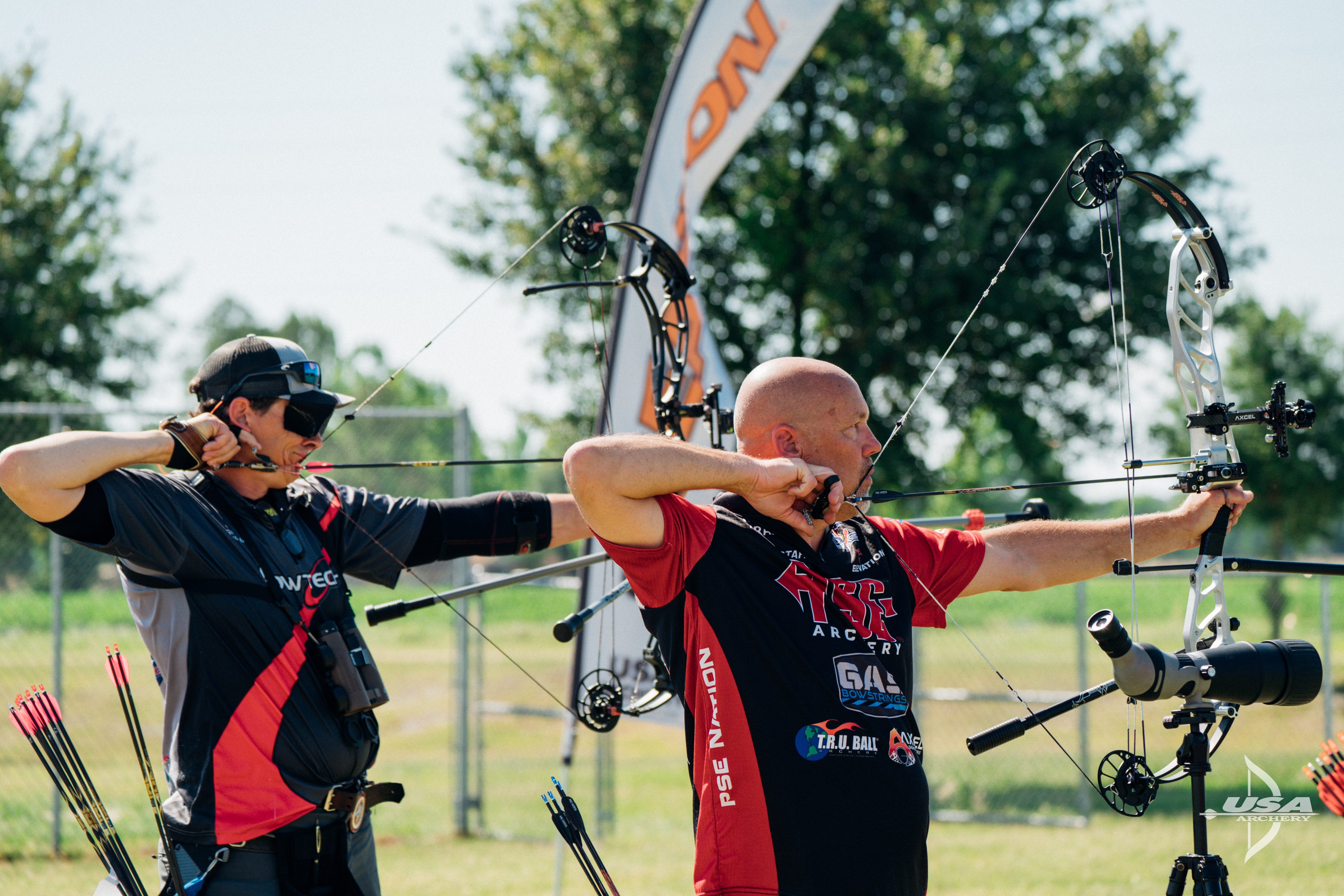 Tim Gillingham, who typically reigns over the compound masters men’s field, qualified first with a 700. Consistently posting among the highest scores on the field each round of matches, he met a tough opponent in 2nd seed Keith Trail for the gold medal. The two went back and forth but were tied going into the final end; Trail came out ahead 143-142 for the win. Frank Kirtley edged out Mike Price for bronze 136-135. 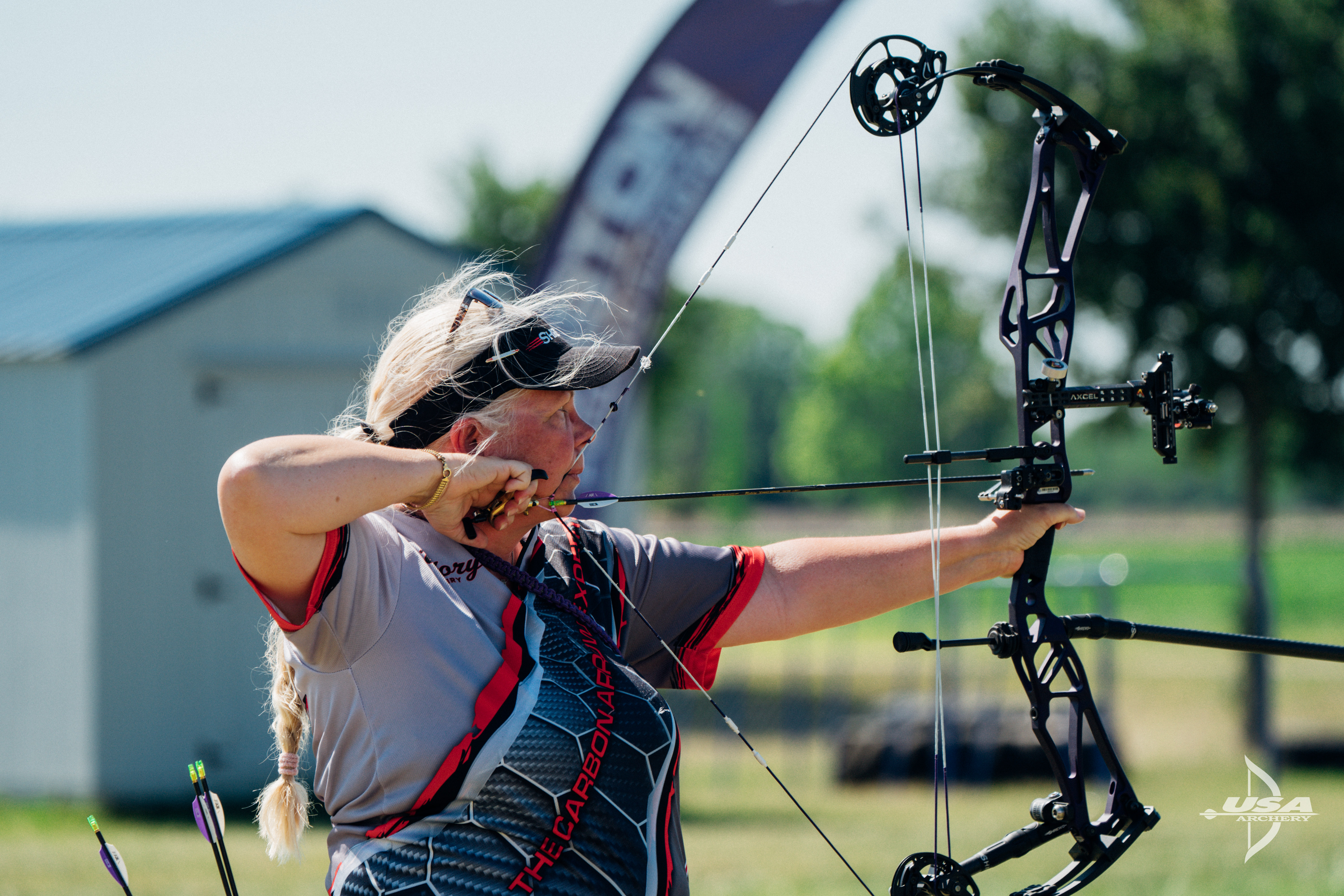 Melanie White also had another strong weekend, winning qualification and the compound masters women’s gold with the highest score on the field in each match. After clearing a semifinal win with an 11-point margin, White went on to win gold 140-134 over 3rd seed Debra Ochs. Edna Lloyd, on her home court as a member of the Easton Newberry Archery Club, sealed the bronze win with a perfect 3x 30 on the final end for a 133-108 decision.

Complete results from the event are available on Between Ends and photo albums are on USA Archery’s SmugMug.