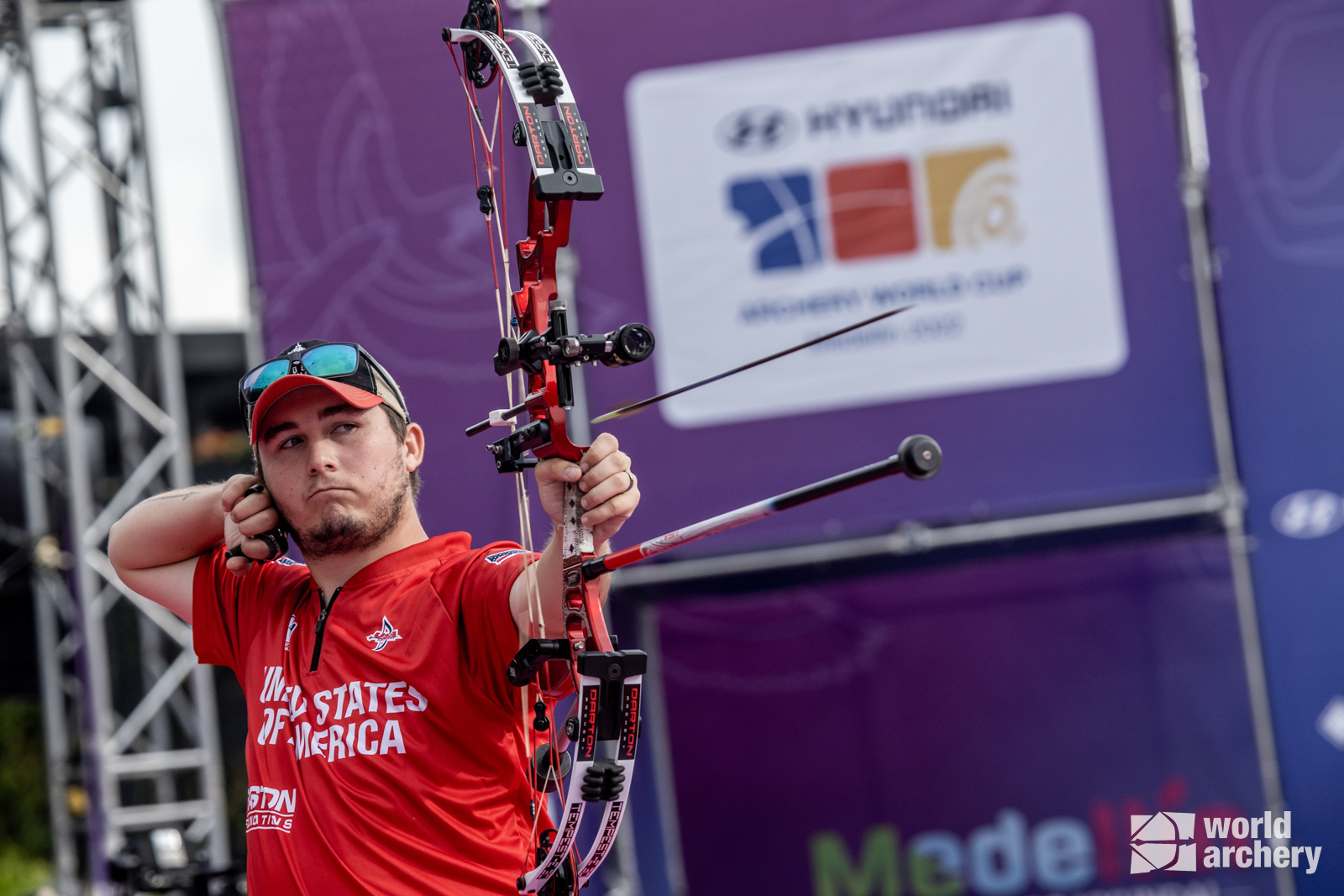 Ochoa-Anderson has one final medal to add to her collection before retiring from the Archery World Cup circuit after competing in 40 World Cup stages.

Lutz and Ochoa-Anderson started at an even pace of split 39s with Denmark in the gold medal match. But Tanja Gellenthien and Mathias Fullerton picked up the pace and never relented winning the match 157-150.

“Of course, I wish it was a gold medal, but to me just being here shooting in the finals was very special. I did my best and Jimmy did too. He really wanted to win for me because he knew it was my last one. He shot amazing and that’s why we were here at the finals,” said Ochoa-Anderson. The rain started coming down in the afternoon during the individual semifinals as Lutz faced France’s Jean Philippe Boulch, who is ranked third in the world. The first end was split with each archer only dropping a single point. Lutz had a perfect second end, while Boulch took a 26 which was the beginning of the end for him as Lutz took the win 147-143.

Lutz went on to face Miguel Becerra from Mexico, who only dropped two arrows in his semifinals match. The two archers similarly tied the first end with 29s, but Becerra had a shocking miss in the second end that cost him the match. Lutz continued to shoot three perfect ends winning the match 148-138.

With the stage win, Lutz qualified for the World Archery Finals October 15-16.

“I’m happy to go to Mexico, but I’m heartbroken for Miguel,” said Lutz. “I’m back and I feel like I’m back. I needed to shoot my butt off. With what we’re doing here, every millimeter matters.”

Competition wraps in Medellin tomorrow with the recurve finals where USA will shoot for mixed team gold against Chinese Taipei and Jack Williams heads to the semifinals live on the Olympic Channel. Results are available at archery.sport.