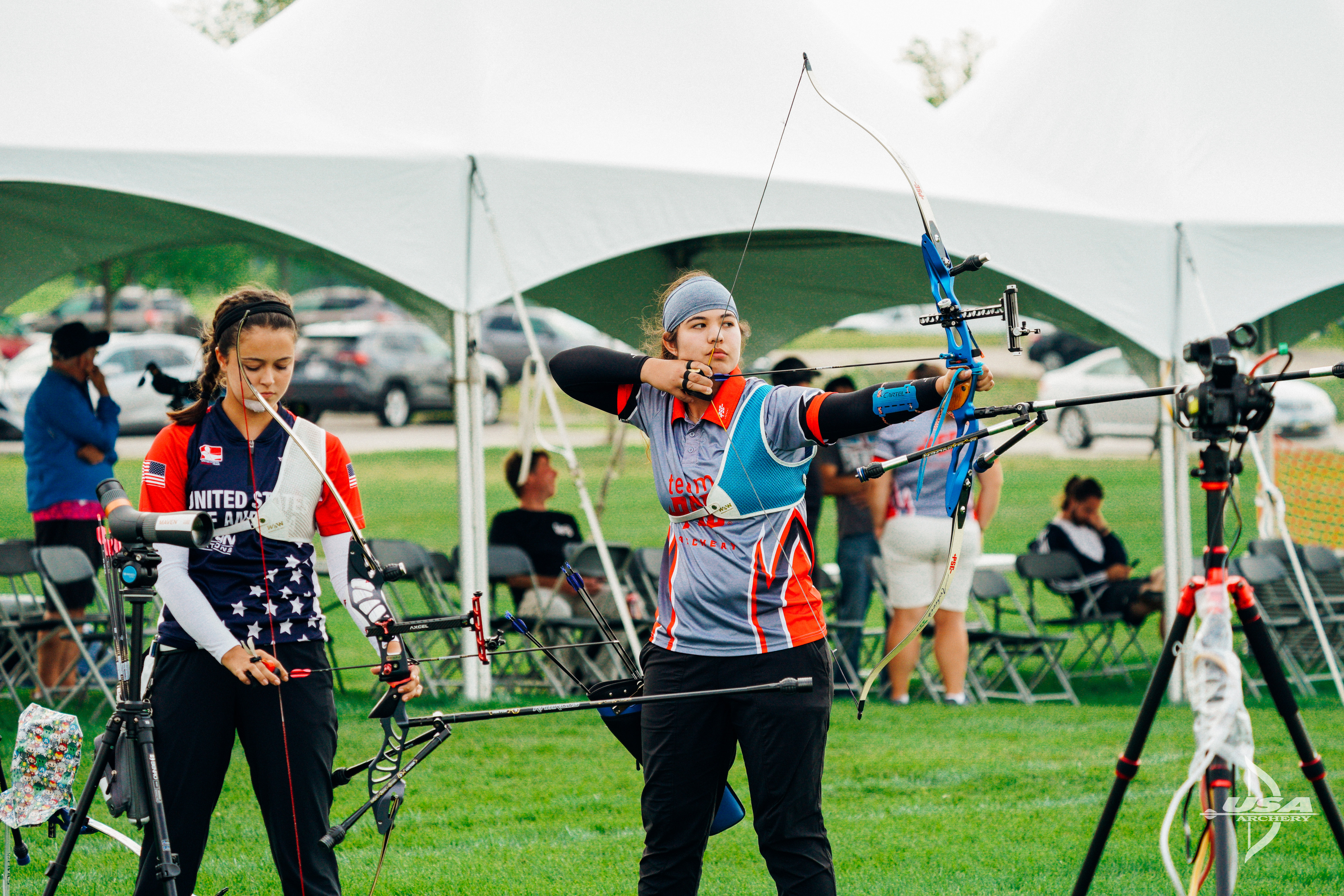 With the Olympic team on their way home from Tokyo, the recurve women’s final was the first of the year not to feature Mackenzie Brown and Casey Kaufhold. Team alternate Catalina GNoriega had an impressive tournament, qualifying third and going head to head with Nicole Turina for the gold. With gusty winds from a storm that rolled through earlier in the day, the archers split the first two sets, but Turina ran away with the next two to take the win 6-2.

Eliana Claps and Erin Mickelberry had an all-Washington state bronze final and Claps took the win 6-0 before going on to coach Turina in the gold match. Turina had upset top seed Gabrielle Sasai in the quarterfinals. Also notable in the bracket was Aileen Yu, who qualified 31st, but upset 2nd seed Isabella Frederick 6-4 in the second round and made it all the way to the quarterfinals where she met Claps for a 6-2 decision. 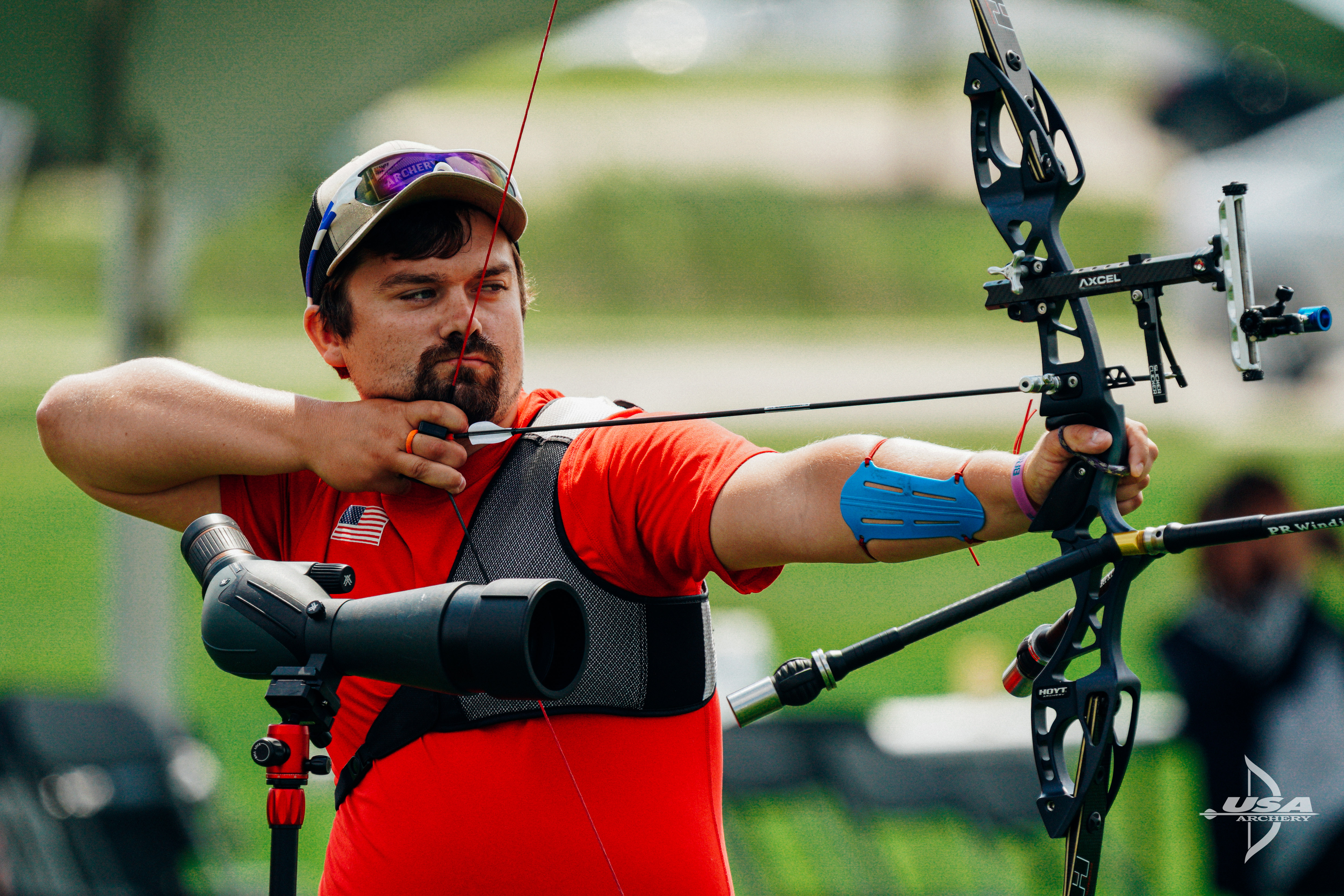 The recurve men’s title was won by Michael Plummer. The Virginia archer finished in the top 16 at the recent Olympic Trials, but the Buckeye Classic gold marks his first USAT win in years on the circuit. Plummer was born with cystic fibrosis and says competing in archery is important for his health and well-being and helps him combat the disease.

Plummer knocked out top seed Matt Requa in a shoot off in the round of 16, then outscored Tokyo Olympic team alternate Matt Nofel in the semifinals 7-3 and perhaps most impressively, kept his composure for a 6-4 win over double Olympic champion Justin Huish for gold. Huish made his return to the scene for the recent Olympic trials and this marks his best finish in just a few short seasons of competition. Nofel finished with the bronze.

The compound men’s bracket saw some major upsets with top seed James Lutz going out in the quarterfinals to Angus Moss 148-143 and No. 2 Steve Marsh falling 145-144 to Michael Adkins. Ohio local Dan Jasa, who won bronze at the Classic last year, qualified 3rd and had a strong showing in the tricky conditions, going for gold against Kris Schaff. After a slow start, Schaff came back strong and pulled ahead 146-140 and Moss won the bronze, marking another podium appearance in his breakout season. 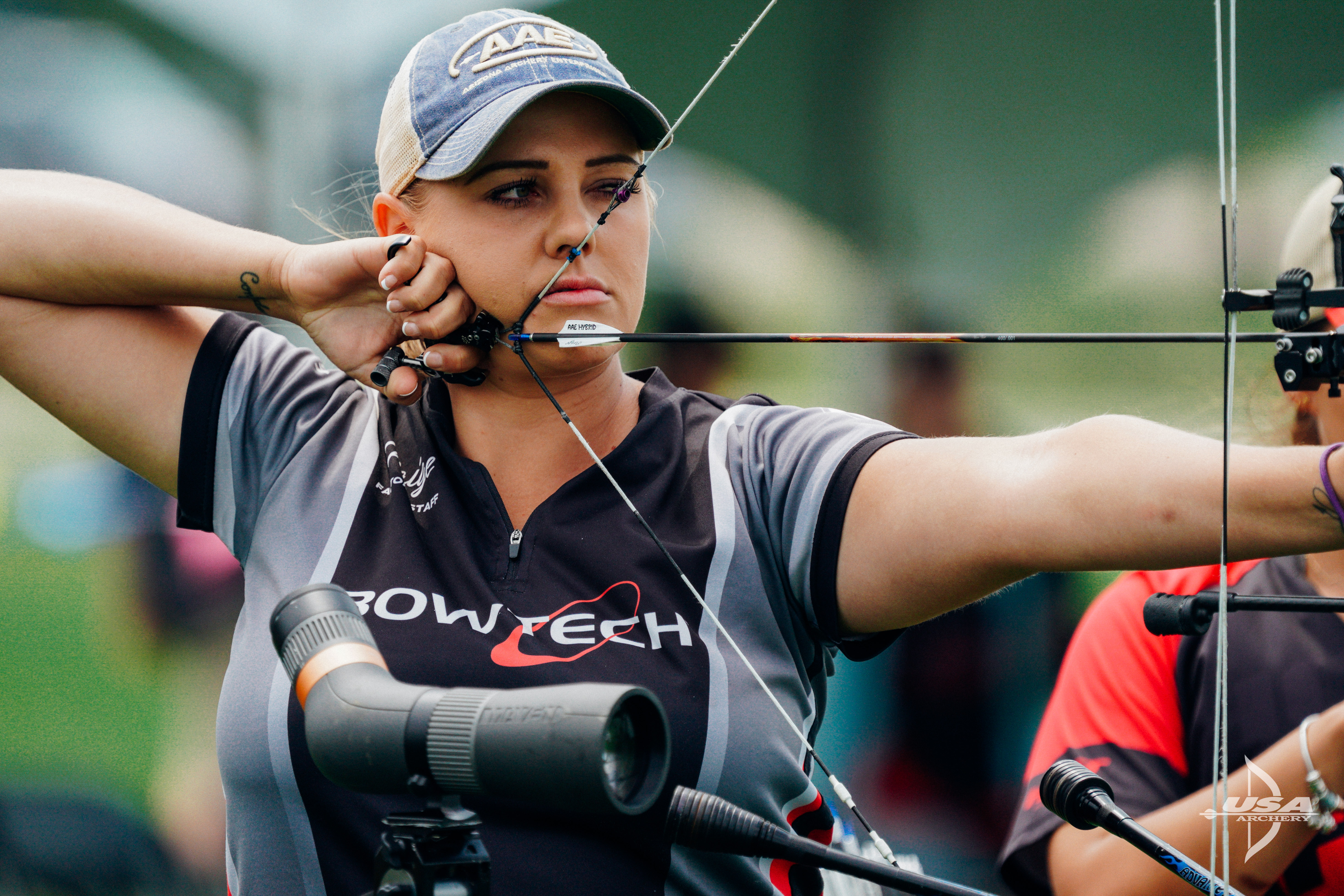 Denmark’s Tanja Gellenthien led qualification yesterday, ranking ahead of Paige Pearce on the 10 count. Alexis Ruiz and South Africa’s Danelle Lutz were just behind and the four were the strong standouts in the bracket all weekend. Ruiz took Pearce to a semifinal shoot off after both scored strong 145s, but Pearce advanced to shoot against Lutz for gold. In a very windy match, Lutz started at a three-point deficit, almost brought it back to a level score, but Pearce ran away with the win 141-139. Ruiz claimed the bronze over Jensen 140-138. 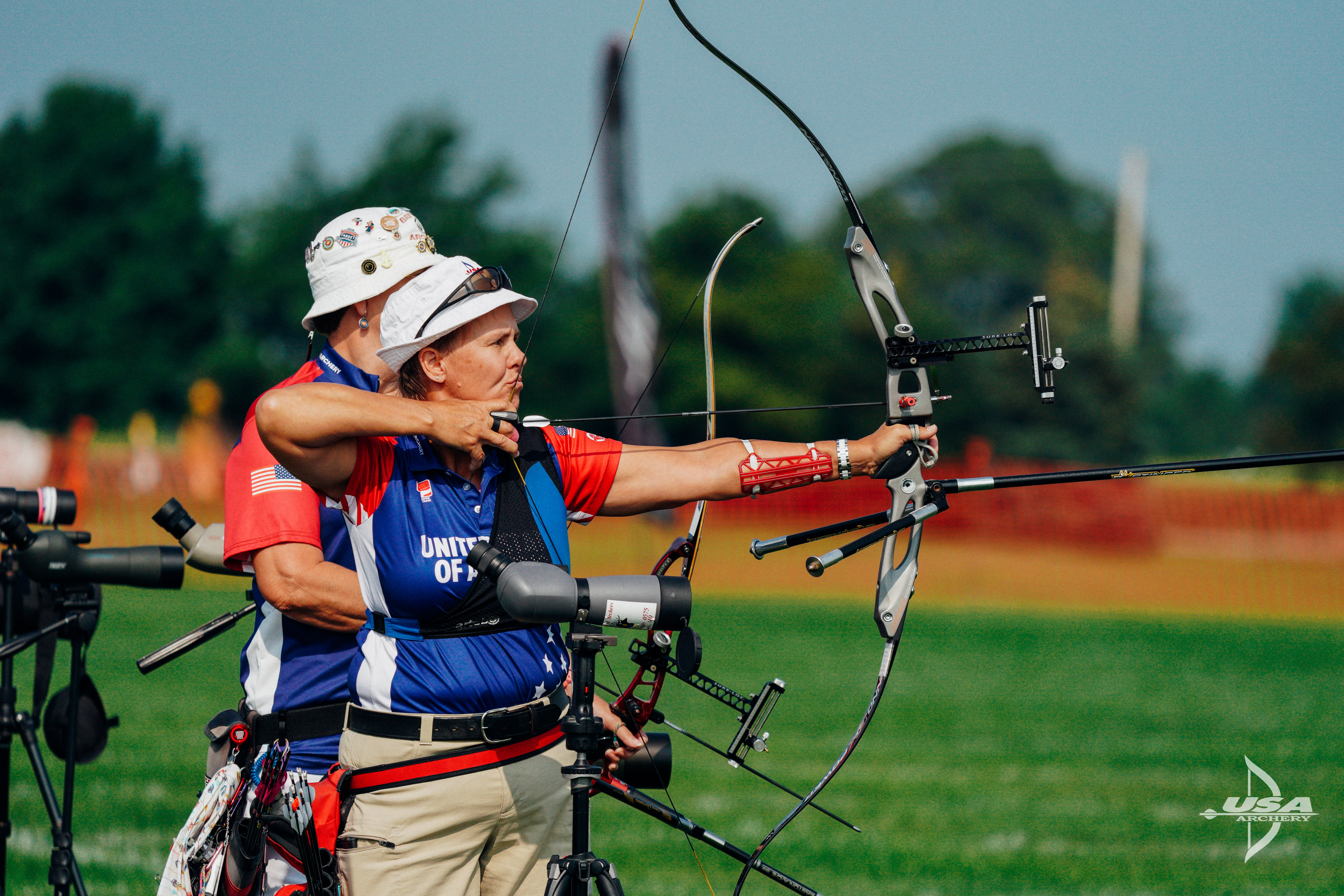 Tatyana Muntyan almost ran a perfect season for the recurve master women. She qualified first and won gold at every event this year, including qualifying first at the Buckeye Classic yesterday, but former No. 1s in the bracket Sue Bock and Janis Grellner put a stop to her run. Bock’s 7-3 semifinal upset put Muntyan in the bronze match and Grellner came away with the gold win in a 6-2 match against Bock. Muntyan won the bronze. 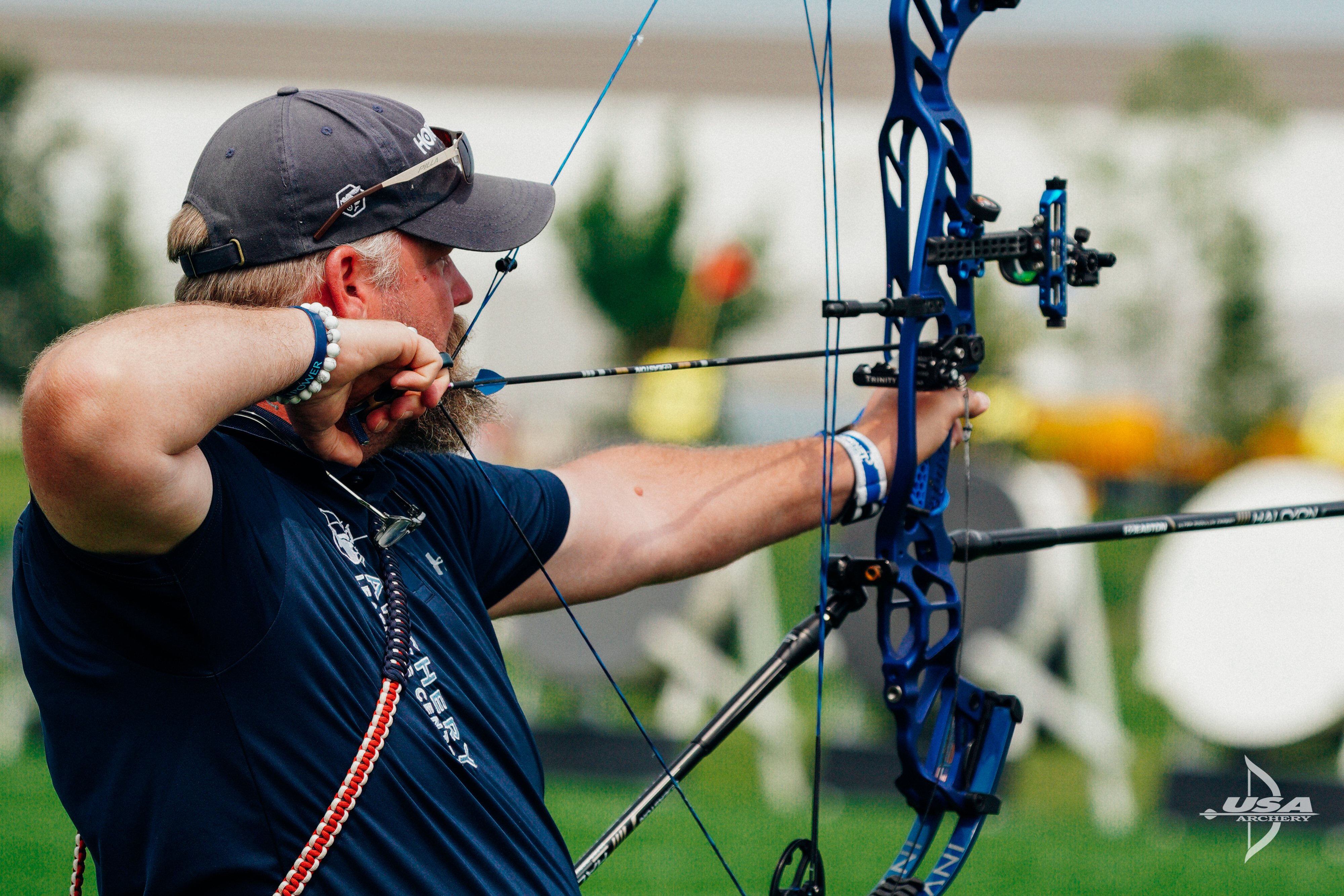