World No. 9 Jack Williams, who has been a staple on the World Cup circuit this year and has represented Team USA at the World Archery Championships, Pan American Games and the Tokyo Test Event as a favorite for the 2020 U.S. Olympic Team. At just 19 years old, Williams also made a strong run at the World Youth Championships this week, qualifying 10thand climbing the brackets to earn a shot at gold against Korea’s Kim Hyeonjong – his first individual international gold final.

“This podium means a lot because it is my first individual podium,” commented Williams. “It wasn’t the result that I was hoping for, but it is still a medal and I will work on what I need to, to get better for next time.”

Williams put up a strong fight in the finals arena, going back and forth with Kim. After 12 arrows, the two were tied on both set points 4-4 and total cumulative score, including two impressive sets of 29 points for Williams. In the final set as wind picked up in the arena, Kim pushed back and clinched the win, and Williams took silver. 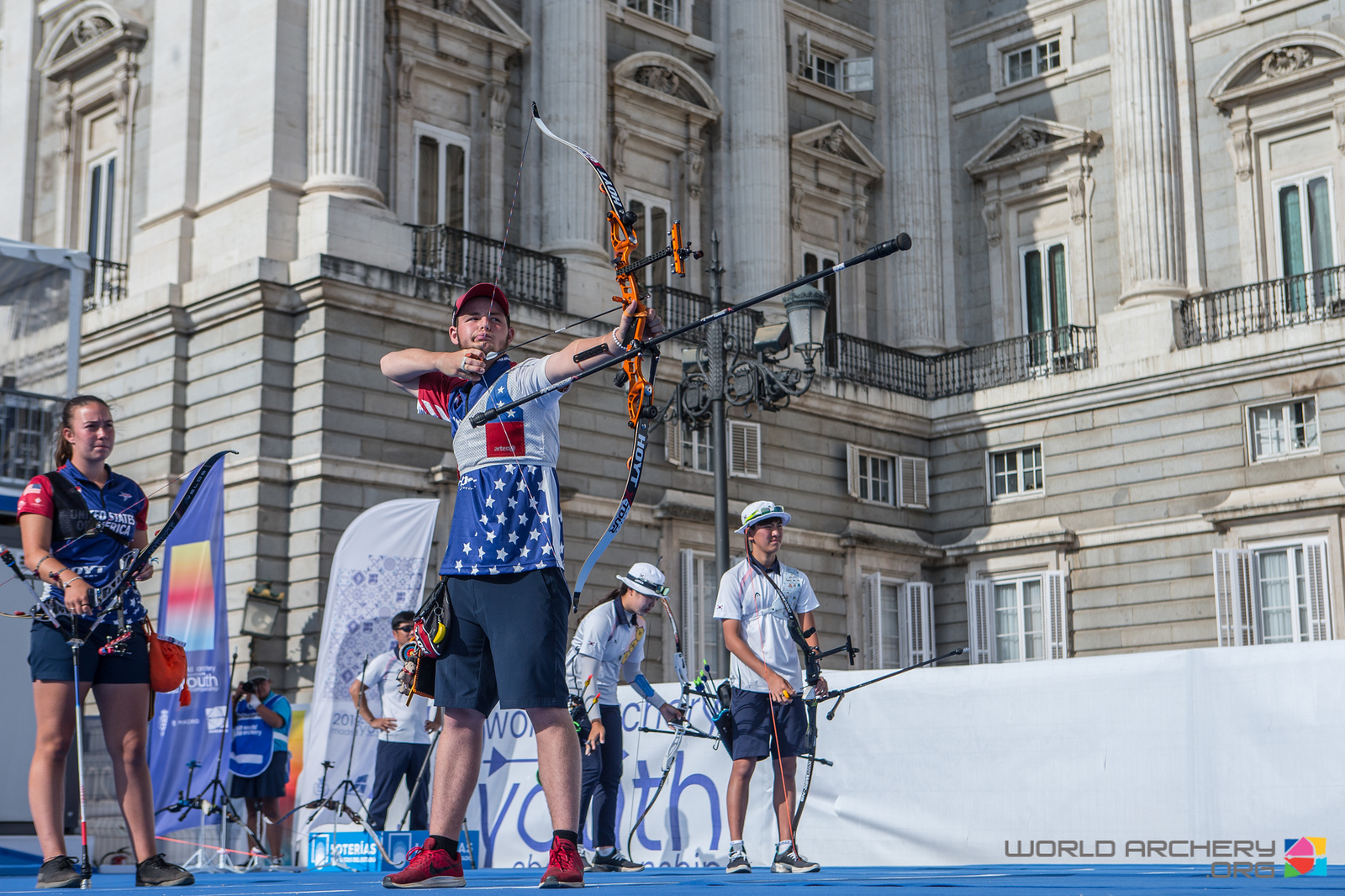 Casey Kaufhold, who has competed alongside Williams on the world stage all year, contested the recurve cadet mixed team gold with teammate Josef Scarboro. Incredibly impressive for the under-18 squad, Scarboro currently sits second in the 2020 U.S. Olympic Trials – Archery, while Kaufhold is first for the women, and the two were hot contenders in the mixed event, which makes its Olympic debut in Tokyo 2020. The third ranked team shot against Korea for gold; the teams split sets of 38 and 39 in near perfect shooting. Korea took the win 6-2 and Kaufhold and Scarboro won silver for Team USA.