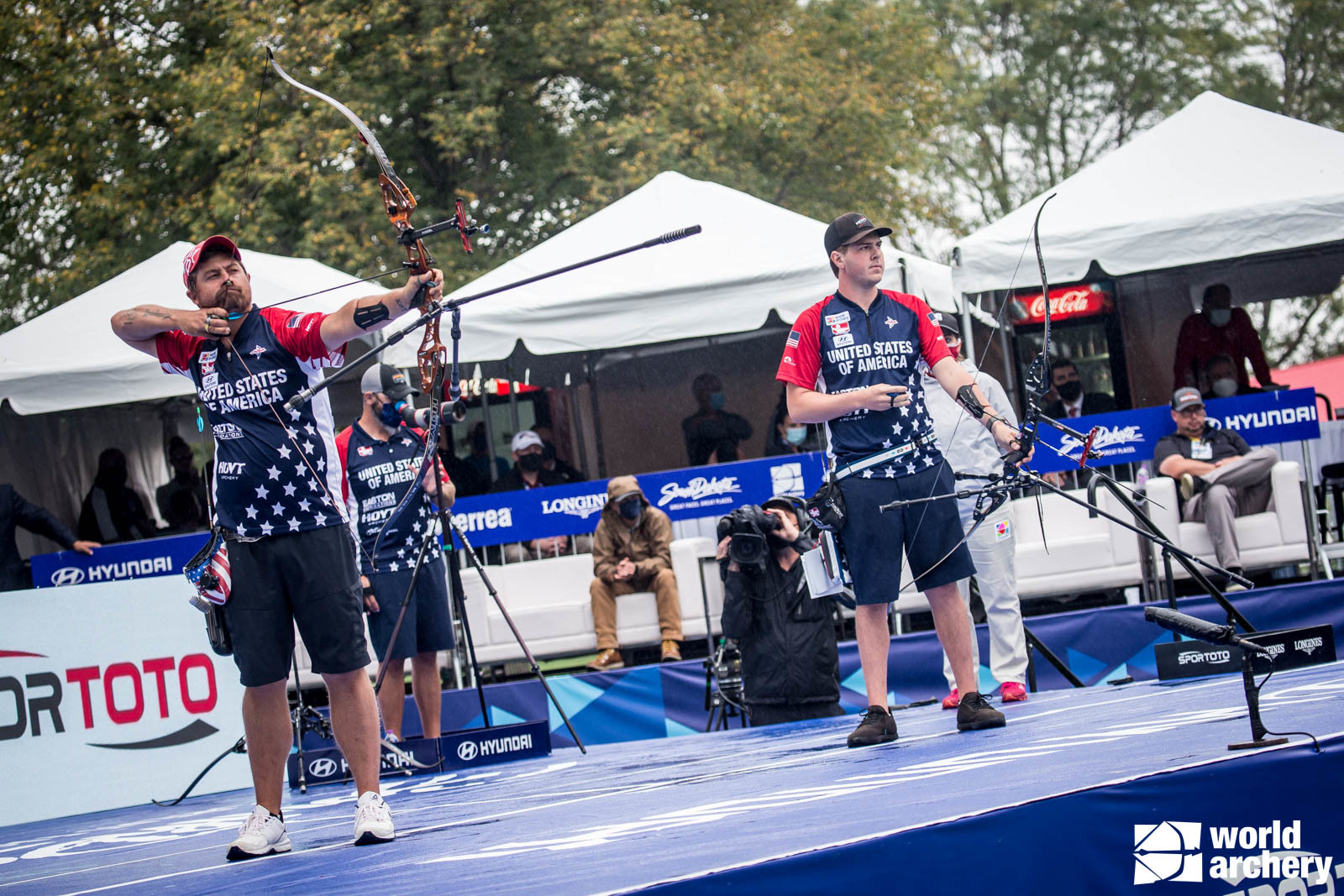 YANKTON, South Dakota – Jack Williams sat most of the Archery World Cup season out, focusing on his health and preparation for the Tokyo Olympic Games. The one stage he attended, Paris, he finished with silver in an all-American final against teammate Brady Ellison. With USA as the host nation for the World Cup Final, Williams was awarded a spot in the Final as a representative of the host nation, alongside Ellison who qualified with wins in Lausanne and Paris.

Fresh off a team silver finish at the World Archery Championships last Friday, and a bronze individual win for Ellison, the men took opposite ends of the bracket, shooting for the roaring crowd of family and friends they missed having at the Games.

“It definitely is a huge blessing being able to have the whole crowd cheering, the whole guest side of the bleachers cheering for both of us, riding all that energy and it honestly feels good,” commented Williams. “To be able to come here and have a big fan fare is fun.” 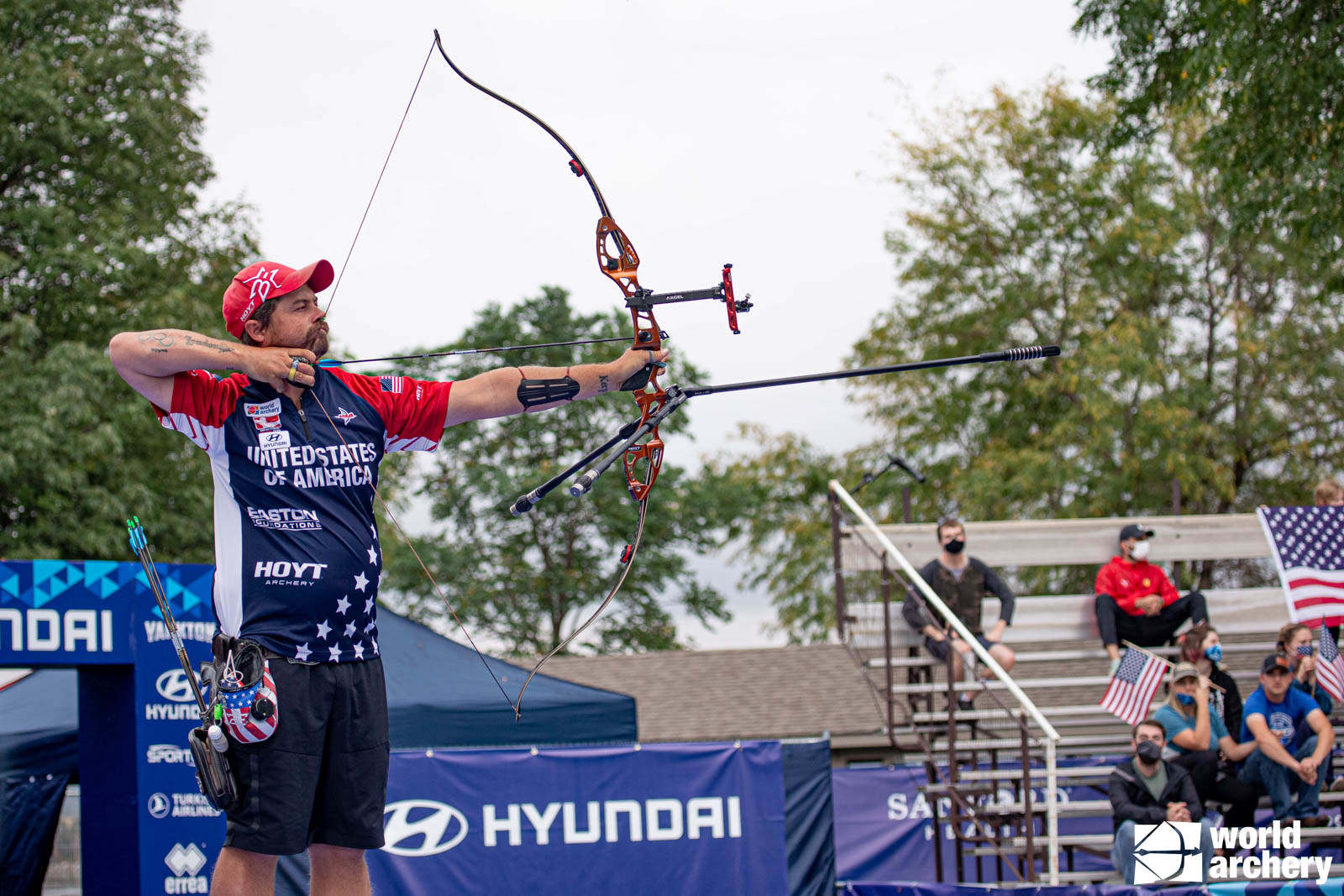 Ellison smoked a 6-0 win over Italy’s Nespoli in the quarterfinals and then a 6-2 semifinal win over India’s Das, dropping only one set 30-29. Ellison was looking strong and confident, poised to take an historic 6th World Cup Final win in his 11thappearance.

Williams, in his first Final, had an equally strong and confident start, outscoring Spain’s Sanchez 6-2, splitting the third and fourth sets of the quarterfinal with 28s to advance. Then in a spectacular semifinal, he upset Olympic Champion Mete Gazoz 7-3 in five sets, scoring 30, 30, 29, 29, 29. 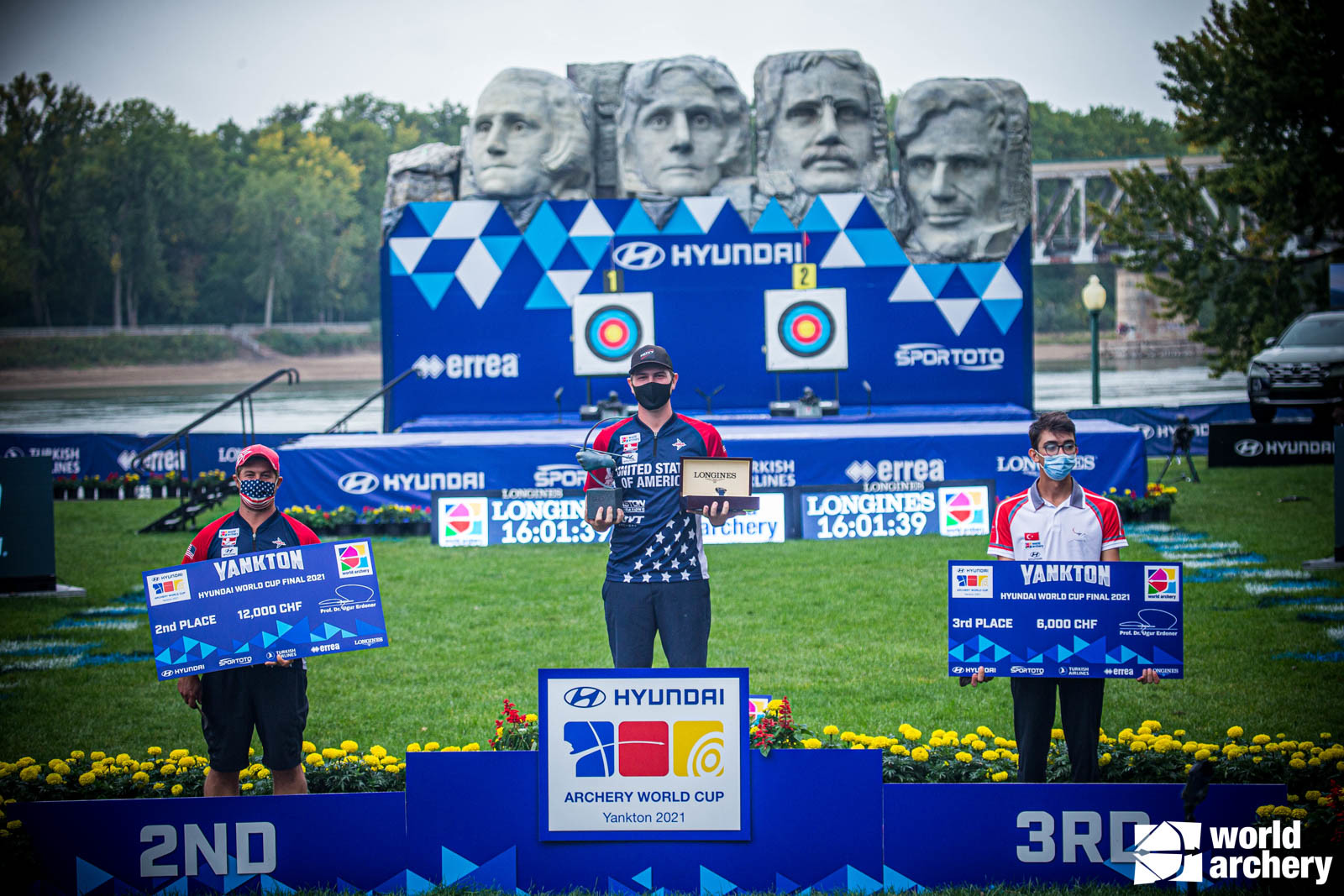 That guaranteed an all-American Final. Ellison opened with 30 and 29 for an early 4-0 lead, and it seemed like the match was his. But Williams responded with a 30 of his own and drew the score 4-2. In the fourth set, on the final arrow, Ellison needed a 10 to win, but he scored a 9 and they split the set. Williams pulled out another 30 for a 5-5 tie and a shoot off. Ellison shot first with a solid 9, but Williams managed a perfect 10 for the win.

Williams is only the second U.S. recurve archer to medal at the Final and the first ever World Cup Final Champion to win on home soil.

“This is definitely my biggest accomplishment so far,” shared Williams. “I’ve had a lot of first places but not at a World Cup or World Cup final, so it feels great. This whole day has been a really good day for me so I’m still riding the high.”