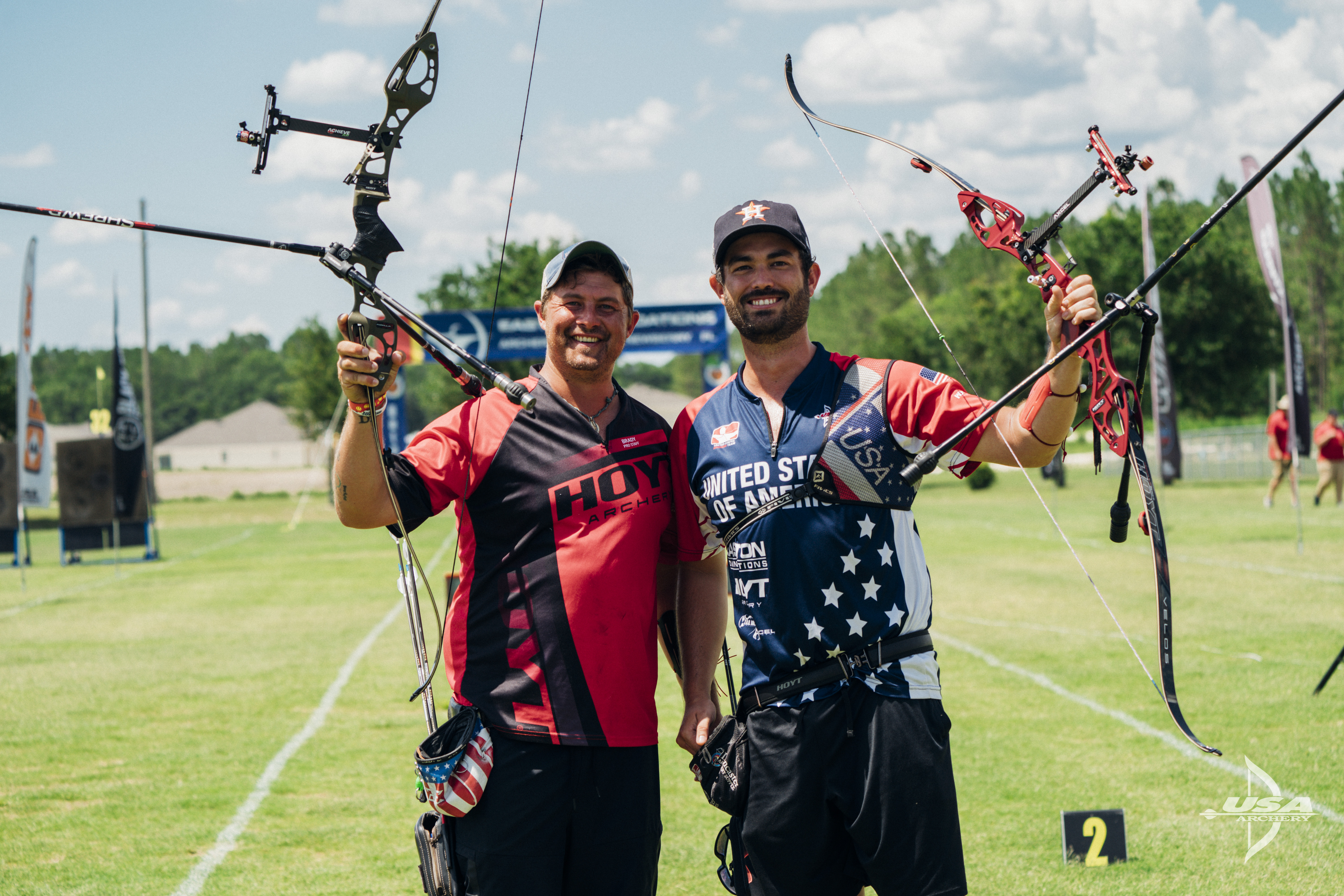 NEWBERRY, Fla. – The 2022 Easton Foundations Gator Cup is in the books after intense matches for the senior and 50+ archers wrapped today’s competition.

Both senior women’s finals were rematches of the Arizona Cup, which was the first stop on this year’s USAT circuit, and both awarded new champions. Denmark’s Tanja Gellenthien outscored Paige Pearce in the windiest match of the afternoon 147-140 to take the gold while Raegan Bender won bronze over Grace Magnusen in her USAT series debut. 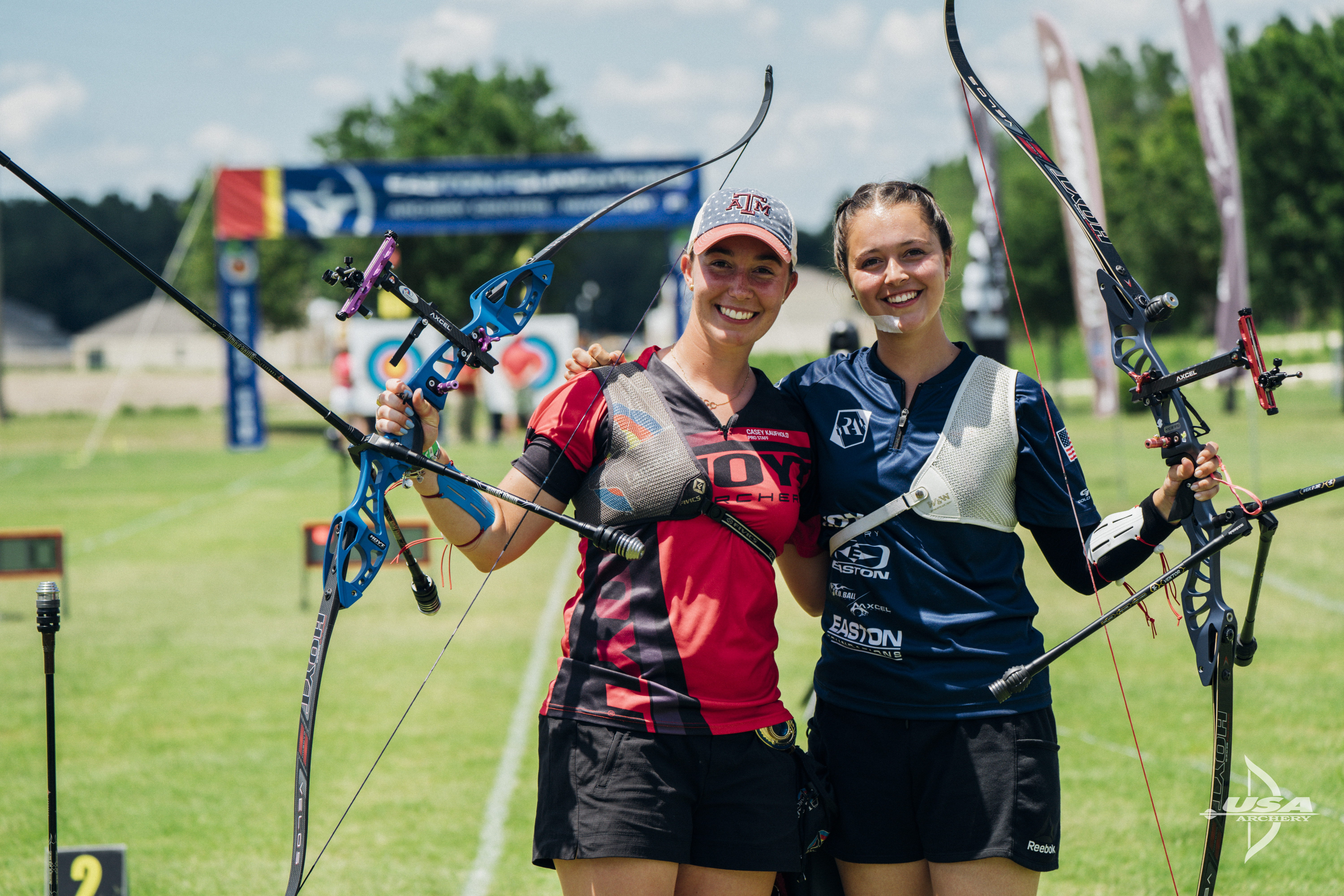 Casey Kaufhold took the recurve women’s title over Catalina GNoriega 7-1, and while Kaufhold has been on the podium at this event many times, this is her first time bringing home the gold. “This has never really been my tournament, but today it was,” commented Kaufhold. “I started out slow, my scores weren’t really where I wanted the first two matches, but I picked it up after that and I’m super happy I finished on a 10. I’m excited for the rest of the USATs and the world cup season; it’s going to be a good year.”

Mexico’s Aida Roman finished with the recurve women’s bronze over Savannah Vanderwier, who climbed from a 15th place seed to finish fourth.

In the recurve men’s bracket, the top four qualifiers made it to the finals, where Brady Ellison won gold over Matt Requa in three straight sets and Jack Williams took bronze over birthday boy Trenton Cowles in a close 6-4 decision. 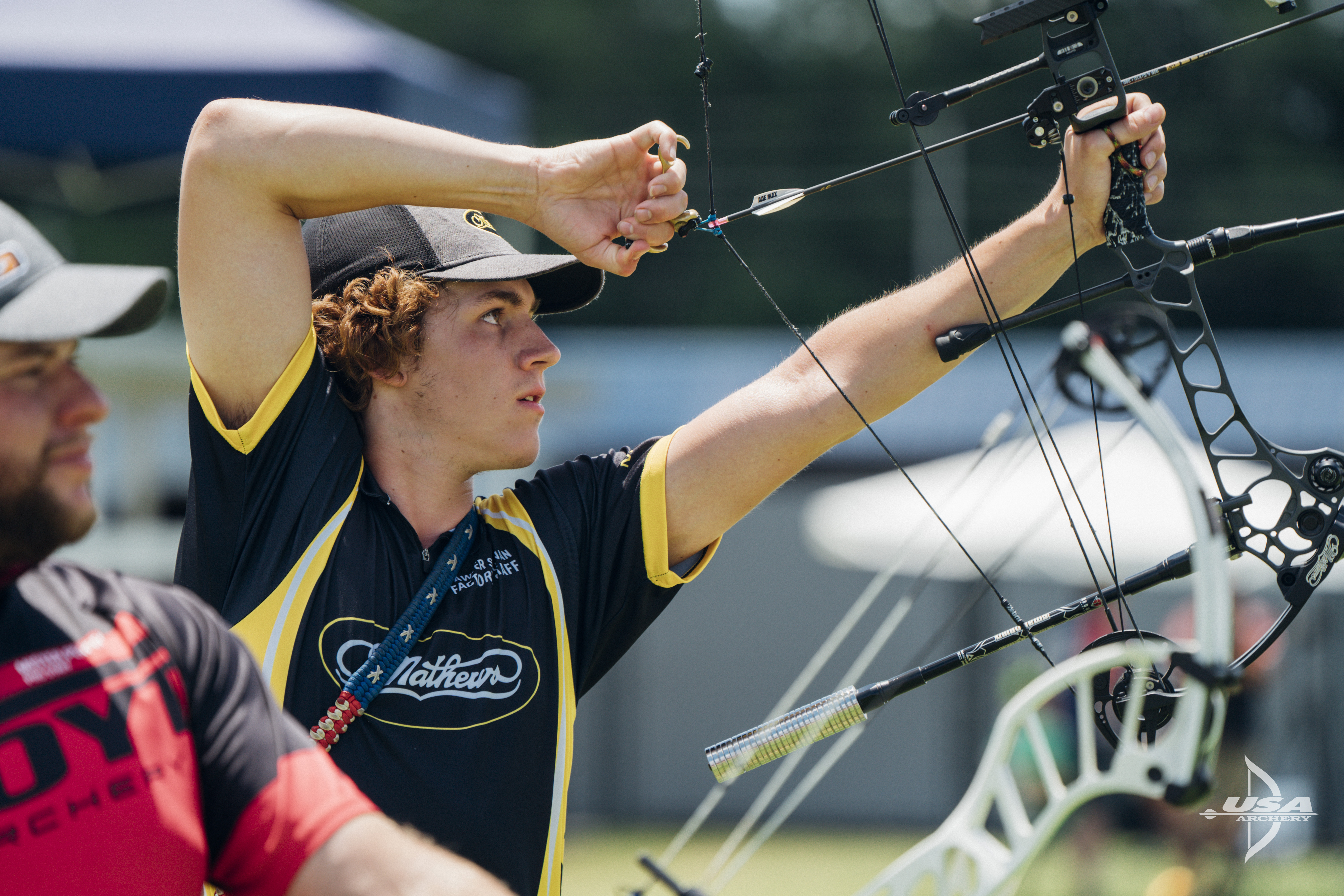 Sawyer Sullivan, who recently made his senior USAT debut, took the compound men’s silver in an impressive showing on the finals field, finishing 147-150 behind the Netherlands’ Mike Schloesser. Tate Morgan took bronze over Louis Price 144-142. Today’s match results in this bracket particularly make a huge impact on the men’s national rankings, which will determine several international teams for 2023.

Top barebow men’s qualifier Aydar Rakhmatullin, a Florida local, didn’t drop a single set until the gold final, coming out with the win in a close match against Christopher Willard. Jun Luo took bronze. Jenni Kivisild upset Tracy Ratliff for the barebow women’s gold in a shoot off, taking the win by millimeters, while Kelly Scott won the bronze. 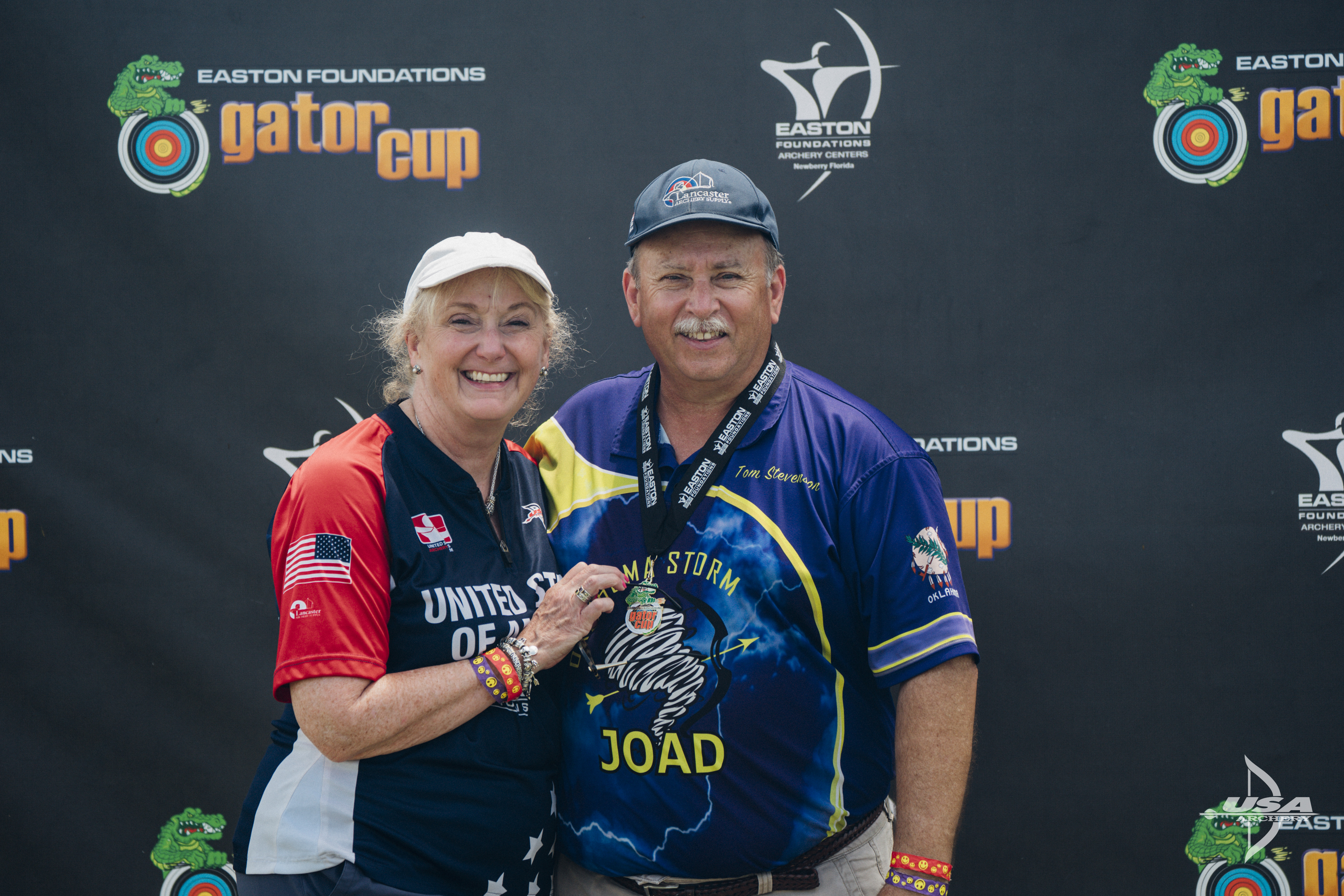 In the 50+ brackets, top seeds Thomas Stevenson Jr. and Mark Williams of Florida ended up in the gold final with Stevenson taking the win 6-2. Leonard Caillouet took bronze. Susan Bock upset top seed Tatyana Muntyan of the Virgin Islands for gold in a strong 6-2 final while Janis Grellner joined them on the podium in third.

James Butts is making a comeback this season in the compound 50+ division, finishing with bronze while Timothy Gillingham racked up another gold in his continued dominance, outscoring 6th seed Kevin Kime 146-138 in the finals.

The barebow 50+ men’s division was the largest of the barebow groups with 12 archers competing. Tim Shepard pulled out the win over top seed David Nesbitt in a 6-0 shut out for gold and Bruce Buckler won bronze. 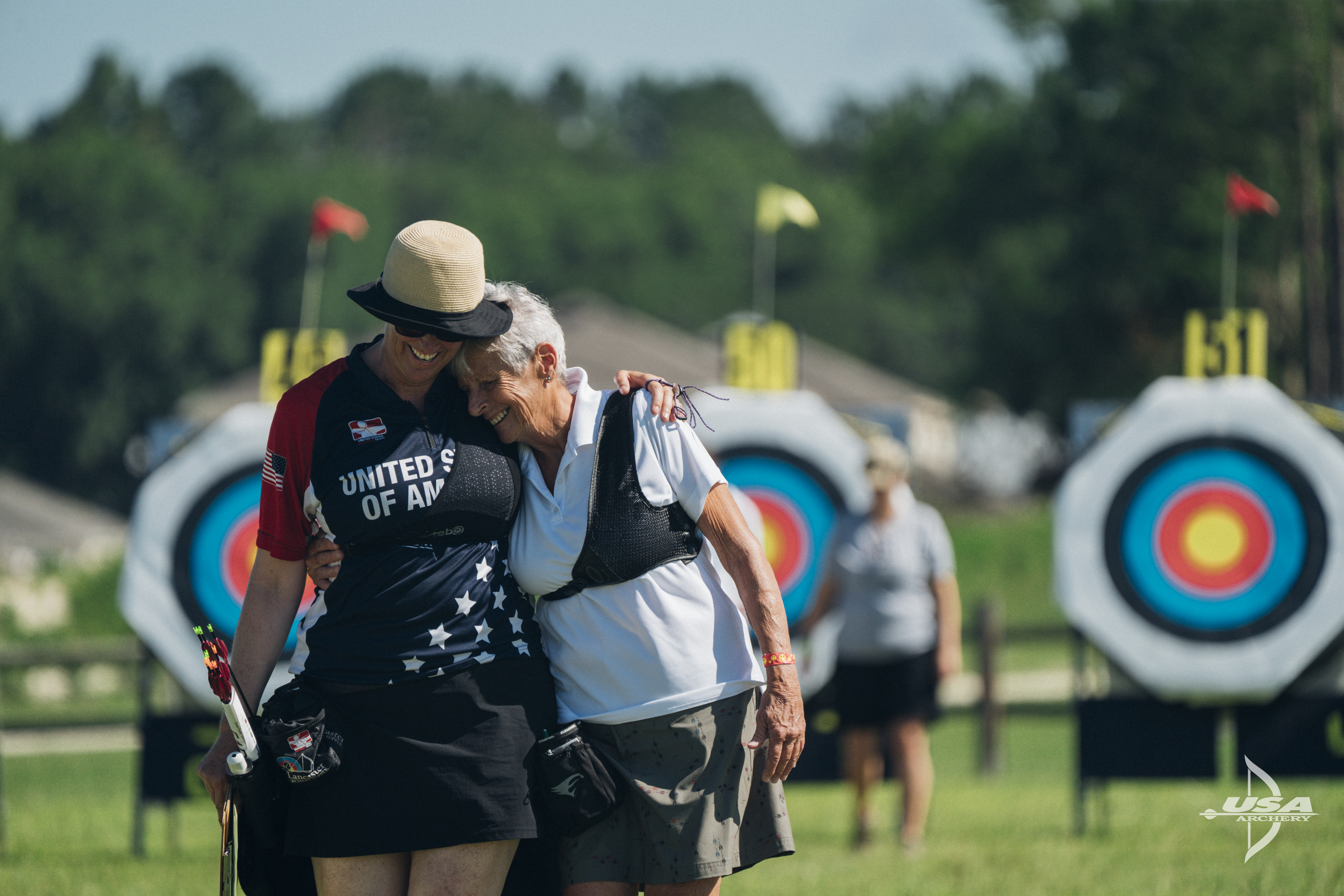 The barebow 50+ women’s division had one of the most heartwarming stories of the day as mother-daughter duo Lynn and Melissa McAvoy went head to head for gold. Melissa McAvoy served as a lieutenant colonel in the U.S. Air Force. Through her recovery from a Traumatic Brain Injury and PTSD, she found archery with the Wounded Warrior Project and says it saved her life. Her mom later picked up the sport to surprise her; both have only been shooting for a few years and said they never expected to be able to share an experience like this.

Melissa took the gold today 6-2 over her mother and Allison Eaton finished with bronze.