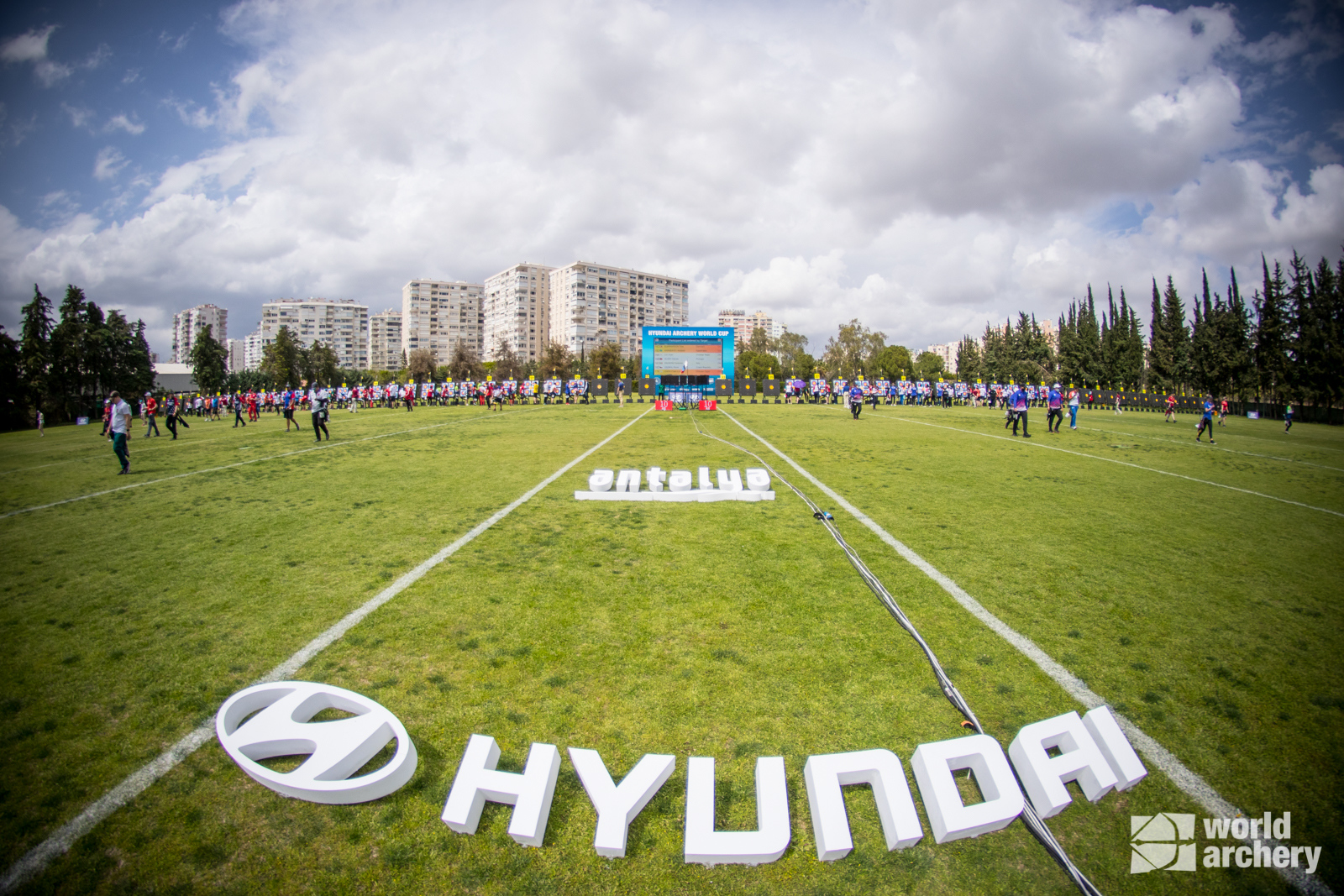 ANTALYA, Turkey – Antalya is hosting the kickoff to the 2022 Archery World Cup season. World Archery recently announced several changes to the circuit this year, including the elimination of preliminary match byes for the top 8 archers, a cut to the top 64 when fewer than 104 archers are registered, and bigger prize purses. Additionally, the time on the shooting clock has been shortened by 25% from 40 seconds per arrow to just 30 seconds.

Other big changes to look for this season include changes to the USA Archery starting lineup. For this event in particular, many emerging talents and up-and-coming young archers make their World Cup debut, looking to develop their skills among top international competitors. 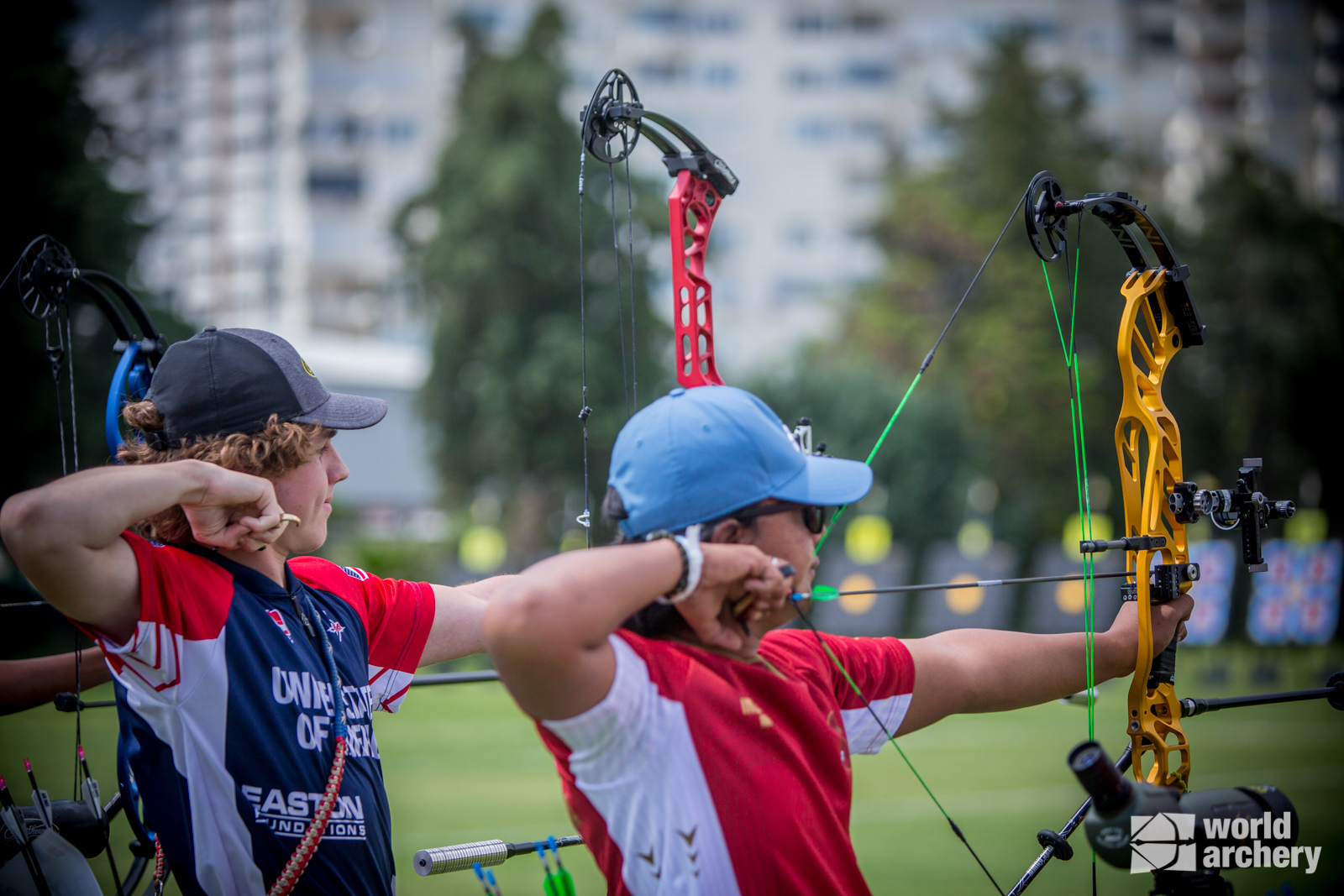 In the new standardized event schedule, compound qualification opened competition. Sawyer Sullivan, coming off a hot U18 season where he won gold at every national event and all three silver medals at the World Archery Youth Championships, makes his debut in the senior ranks. After a slower start this morning, Sullivan climbed back with the 5th highest score in the second half, a 351 for a total 699 to qualify 10th, despite challenging winds and rain.

Shawnn Vincent, who has competed in the Indoor World Cup circuit in years past, makes his outdoor target debut in Antalya. He shared on social media before qualification: “Today I wake up to a dream. I get to wear this uniform and represent my country, the USA. A dream since I started competing so many years ago. The hours spent alone pushing myself. The time spent traveling. The sacrifices of my family, friends and coworkers can never go unnoticed. This dream becomes a reality as I step onto the field…I look forward to standing on the line with my teammates and leaving it all out there.”

Vincent qualified 15th with a strong 350 second half and 696 total score. With Marsh coming in as the 31st seed, the three are ranked 4th for the team event. 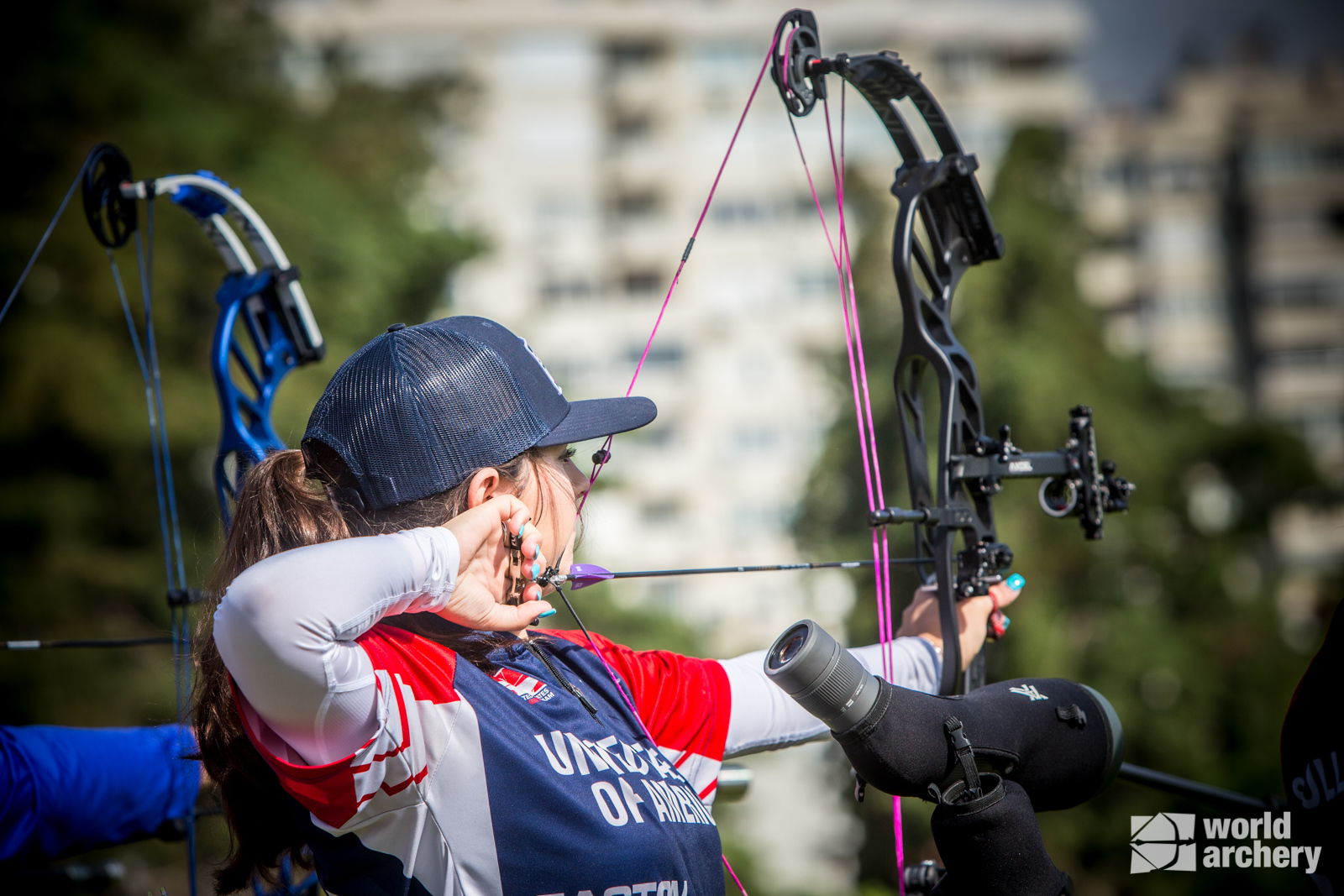 Teenagers Sydney Sullenberger, Brielle Ochnich and Raegan Bender also make their big world cup debuts this weekend. Ochnich, the youngest at just 15-years-old, competed in the team event of the World Archery Knock Out virtual tournament during the Pandemic, and Bender won team gold at the 2019 World Archery Youth Championships. Sullenberger and Ochnich, who finished the 2021 season ranked as the top two U18 compound women in the U.S., and Bender, who was the second ranked U21 archer on the United States Archery Team, qualified 9th as a team.

Sullivan and Sullenberger are 14th for the mixed team event.

Competition continues tomorrow with compound team matches through the bronze finals in the morning and recurve qualification in the afternoon. Results are available on worldarchery.sport. Photos courtesy of World Archery.