USA on Target for Podium Finishes at World Cup Berlin BERLIN, Germany – Following strong USA performances at the fourth World Cup stage today, Braden Gellenthien, Alexis Ruiz and World Champions Brady Ellison and James Lutz have officially punched tickets to the World Cup Final in Moscow, Russia this fall. This weekend in Berlin, Gellenthien and Kris Schaff will compete for bronze and Ruiz has another shot at gold. The recurve men’s team and both compound teams are also all shooting for bronze.

Ruiz has had a dominant rookie season in the compound women’s division, and will become one of very few people to medal individually at every world cup stage in a year. The reigning World Youth Champion won bronze at the first two stages, silver at the third and is out for another shot at a title. On her way to the gold final, Ruiz took out World No. 2 Sara Lopez of Colombia and she will face France’s Sophie Dodemont on the big stage this weekend. 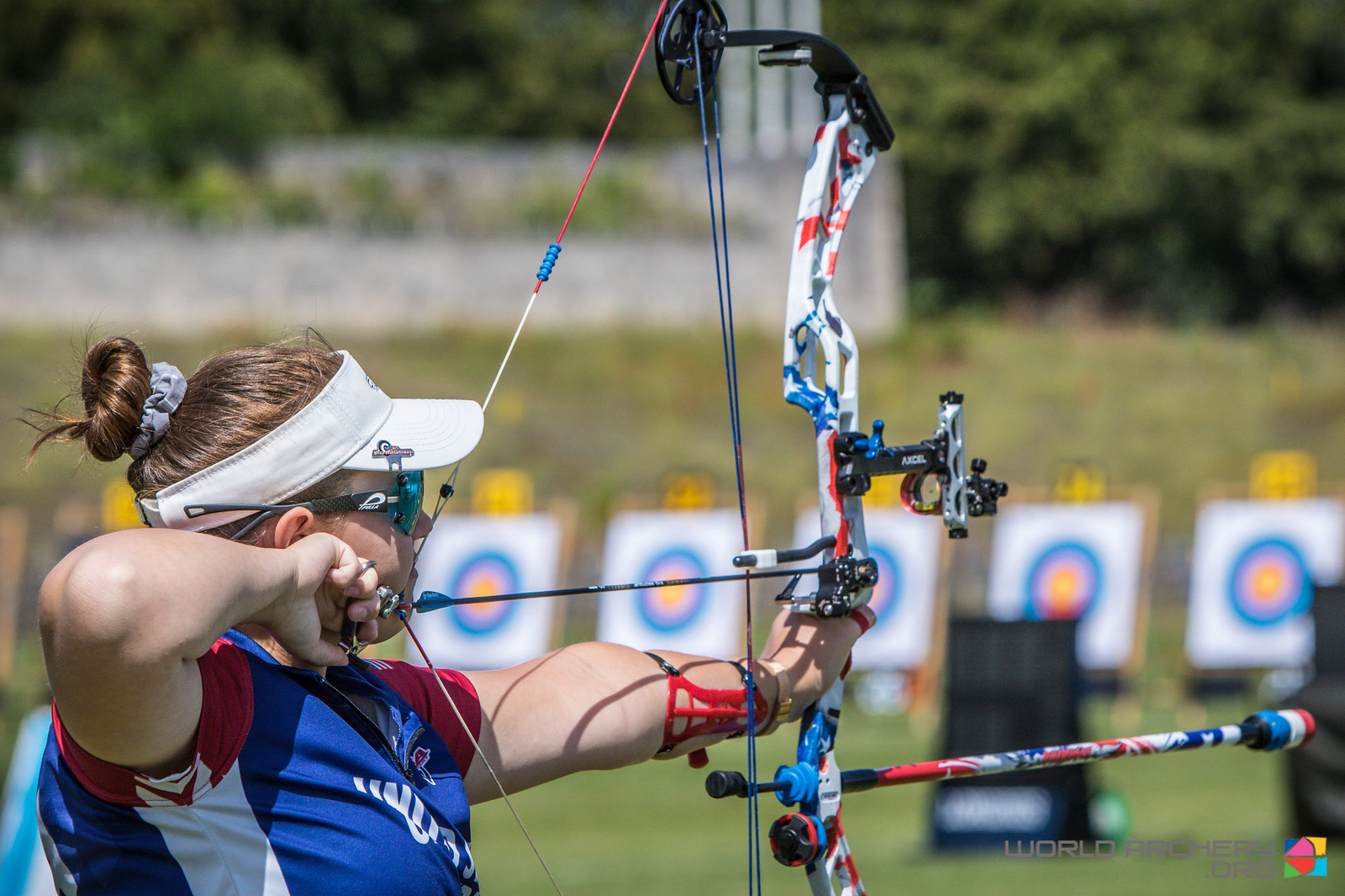 Paige Pearce won silver at the World Archery Championships last month and then climbed the brackets in Berlin, from a 23rd seed in tough winds earlier this week, to a top eight finish going out to World No. 1 Yesim Bostan of Turkey 147-144.

The U.S. compound men have also had a commanding hold on the finals stage this season. Gellenthien and Lutz qualified for the World Cup Final with the win-and-in rule, but reigning Final champion Kris Schaff, who was third on points, needed to win this stage to take Lutz’s spot. An unfortunate bracket saw Matt Sullivan take out teammate Tate Morgan in the 1/16th before falling to Schaff in the 1/8th. Schaff and Gellenthien both came up short in the semis and will go head to head for bronze this weekend.

The U.S. compound women have been in the team gold final at every stage this season, and won the last two. Ranked first with a bye into the semifinals, Ruiz, Cassidy Cox and Sophia Strachan were upset 227-231 and will shoot for bronze against 7th seed, Germany. 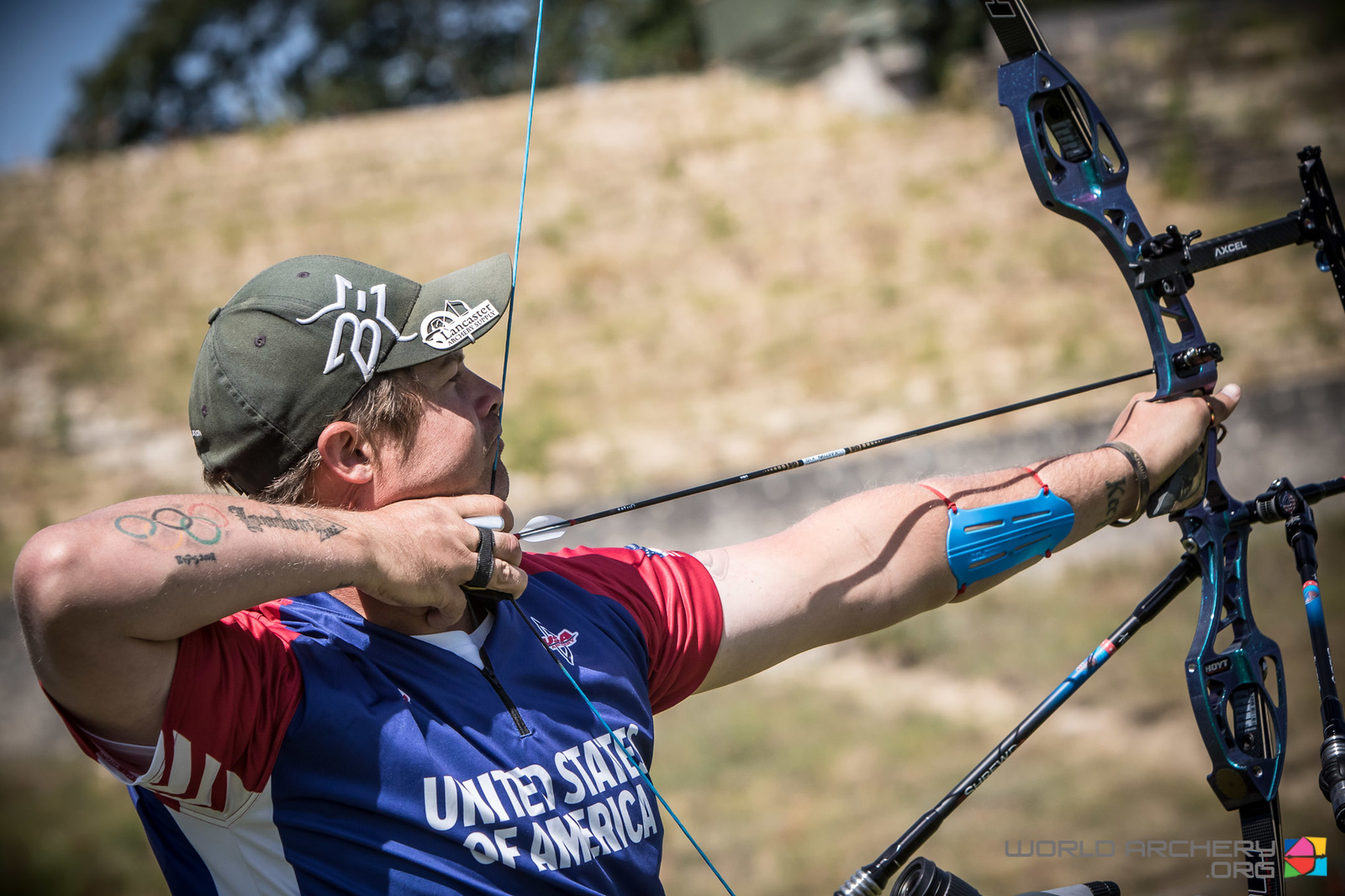 Brady Ellison, who has been on the finals stage for the recurve men at every stage this season, was just shy of another shot at a podium finish, going out 6-4 to Turkey’s Mete Gazoz in the quarterfinals.

The 4th ranked recurve men’s team of Ellison, Jack Williams and Matt Requa took a quick 6-0 win in the 1/8th, but then had tough matches, taking the quarterfinals to a shoot off win over France. Their semifinal match with Turkey also went to a shootoff, but with Turkey victorious, the USA men will face 14th seed Canada for bronze.

Competition resumes tomorrow with mixed team matches through the semifinals. Complete results from the competition are available at www.worldarchery.org. The medal matches this weekend will be streamed live at www.olympicchannel.com/live. For more, follow USA Archery on Facebook, twitter and Instagram.