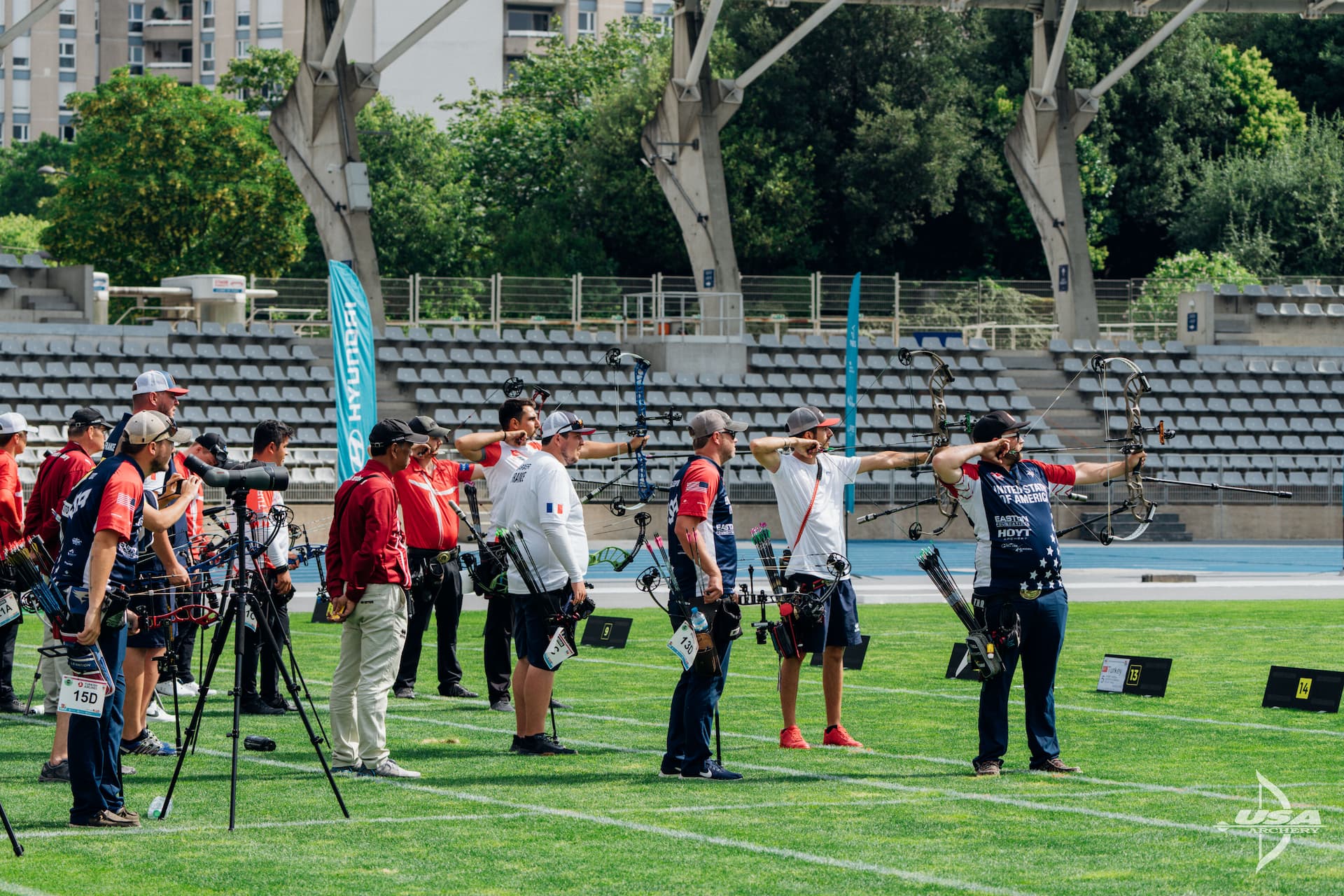 In the compound medal rounds, U.S. archers came back to win a tense shoot-off with Denmark after a tough semifinal with France. 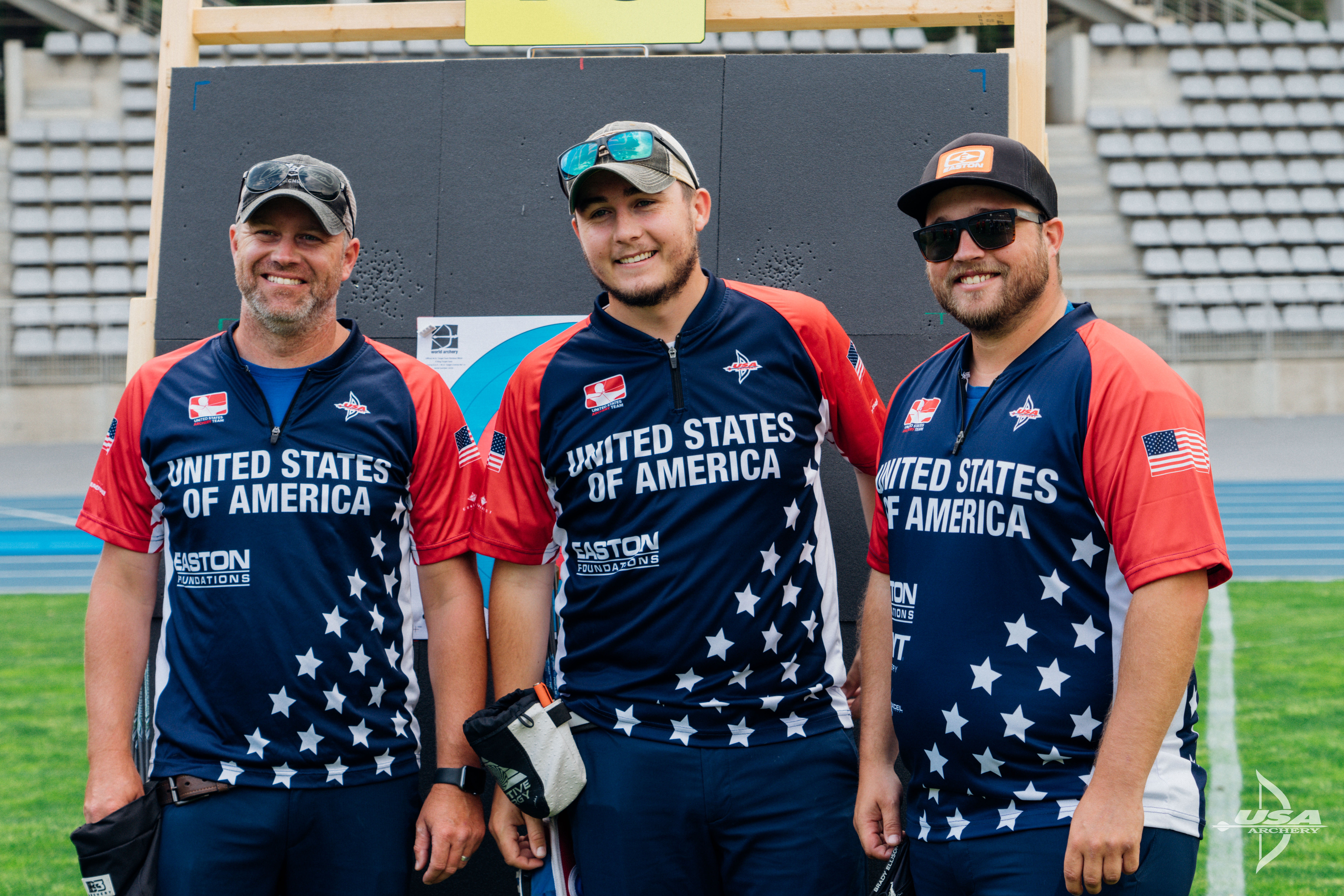 “We didn’t shoot particularly well in the semi-finals, but you can’t be mad at a bronze medal,” said Lutz. “Especially since it’s my first world cup of the year, so it feels good to get out there and get on the podium right away. My last arrow was really the only good arrow I feel like I shot all day. The wind in the stadium is a little weird and I finally had one go off just the way I wanted.”

The women’s team of Linda Ochoa-Anderson, Lexi Keller and Cassidy Cox fell short by one point to Brazil in the first round. 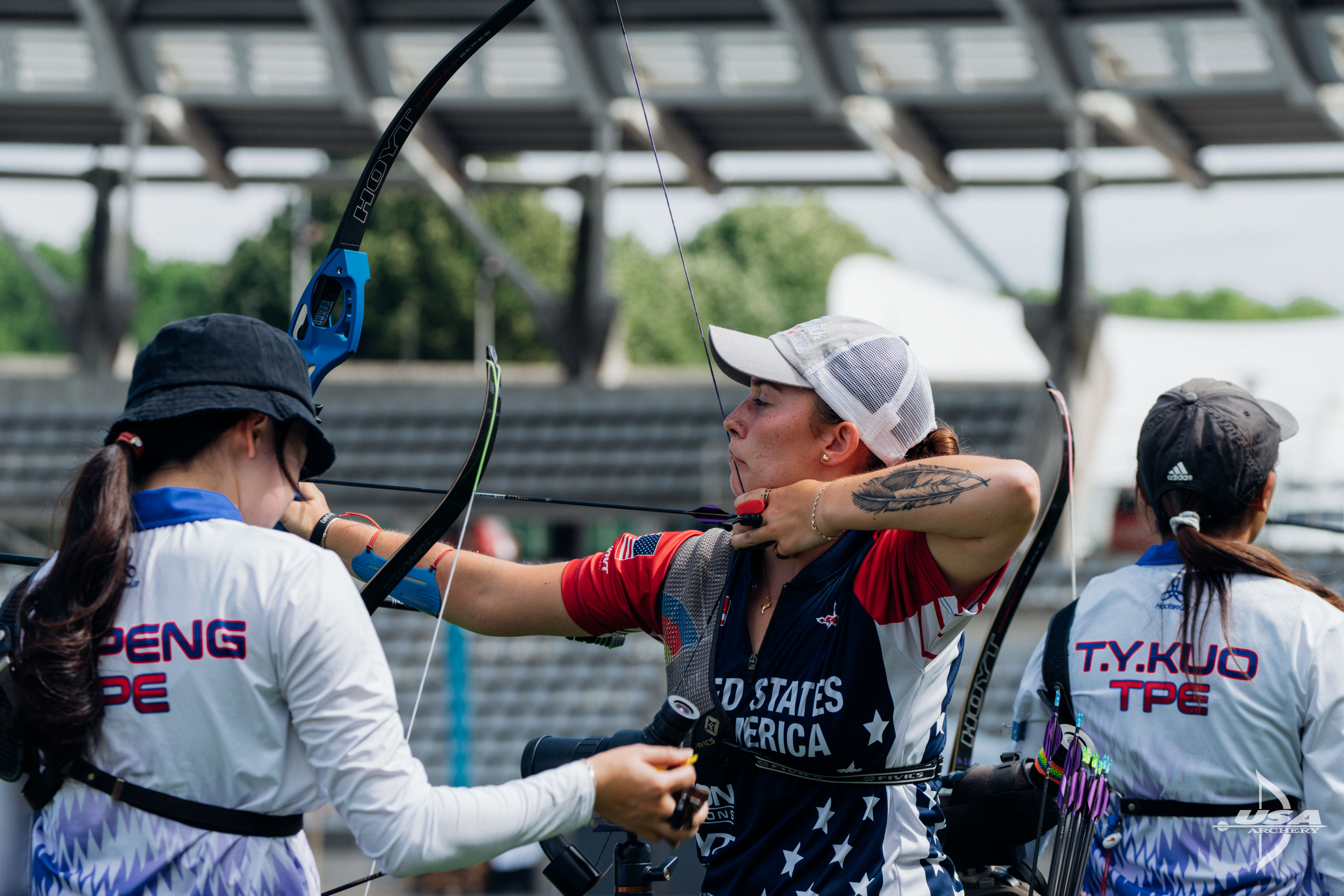 In the afternoon recurve qualification line the massive event turnout was apparent in the vast lineup of talent.

Casey Kaufhold shot toe-to-toe with the Korean team to qualify fourth with a score of 673. “Right now I’m a little disappointed because I didn’t have the finish that I wanted, but, when you look at it overall, fourth place out of all these people is pretty good,” said Kaufhold referring to the record event turnout of the season. “I’m happy with how I dealt with my nerves. I had some shakes and nervous thoughts out there, but I did a good job with managing them. When I shot a not-so-great end, I would pick it up the following one. Next time I just want to finish on a better end.”

Jennifer Mucino-Fernandez had a comeback from her performance at the last world cup stage in Korea, scoring an international personal best 651: “My performance was significantly better today. I’m so happy that bounce back from the last World Cup event. I’ve been working on my focus and technique with the goal of placing well in the qualification round overall.” 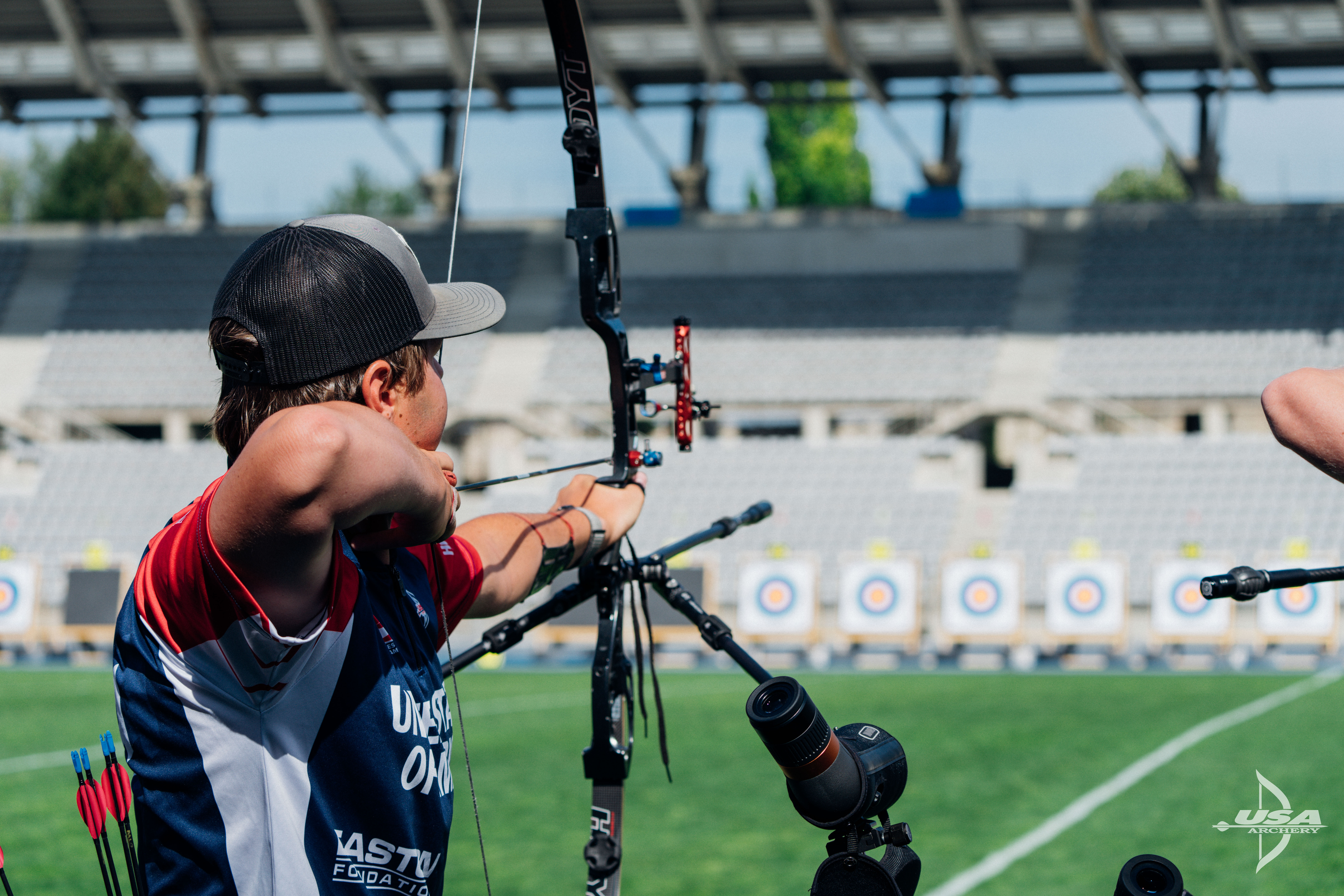 Our top qualifying men from the U.S. - Brady Ellison, Matt Requa and Jack Williams - all scored over 670 points to move into the elimination matches and seed third as a team behind Italy and Korea. “I felt like today was a step in the right direction. I had a lot of shots that I thought were going to hit and they didn’t but overall, I felt better out there and am looking forward to the rest of the week,” said Ellison after posting a 680.

Williams shot a 675, almost the exact same score he shot in SoCal just two weeks ago. “I’ve shown constant improvements with every tournament – so the practice is starting to pay off. It just goes to show the level that I’m at now,” said Williams.

Results are available at archery.sport and photos are on the USA Archery Smugmug. Shooting resumes tomorrow with the recurve team matches through bronze and the individual matches for the compound archers in the afternoon. The finals will stream live this weekend on the Olympic Channel.