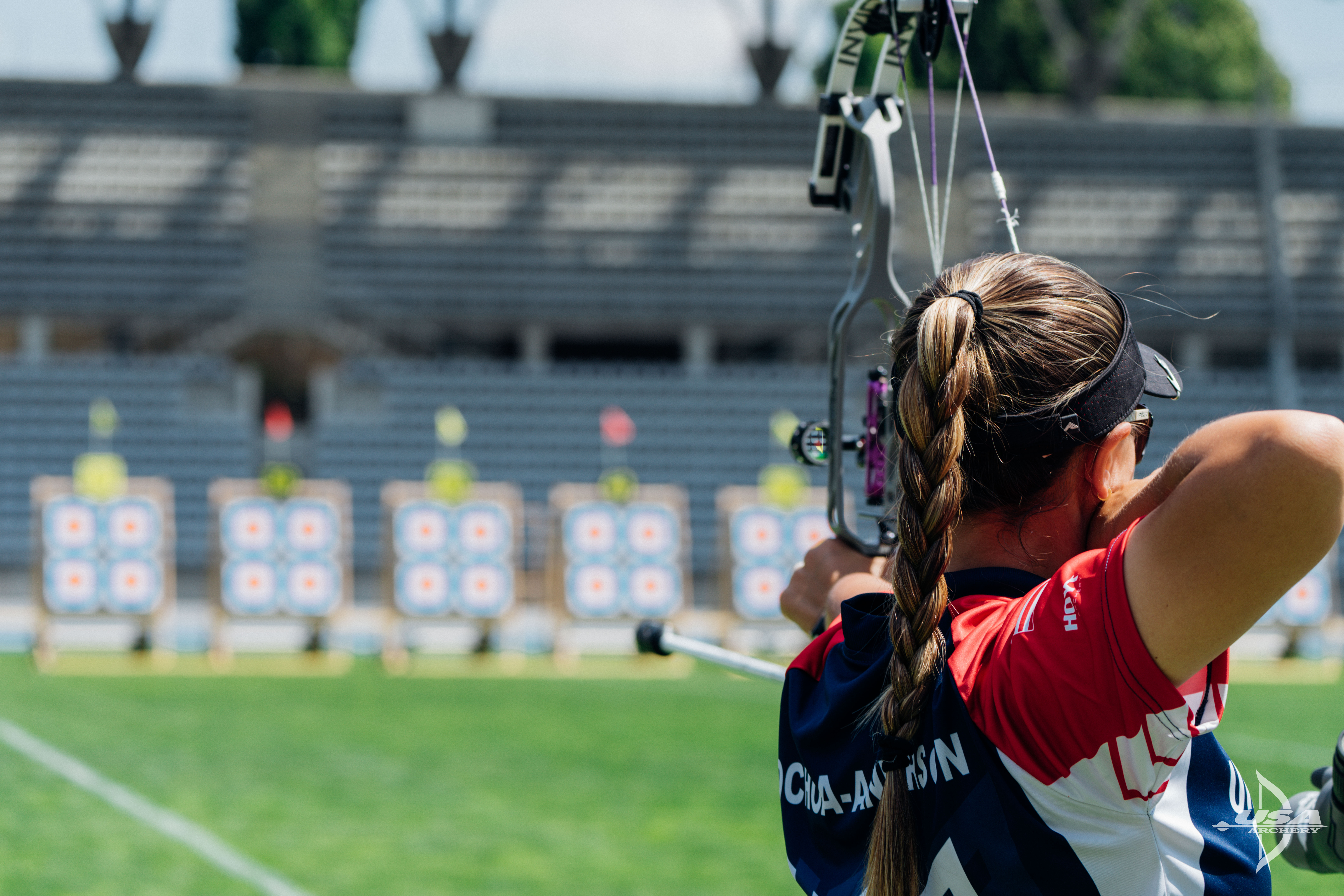 PARIS, France - The third stage of the 2022 Archery World Cup opened in Paris with the compound qualification round. Eight archers from Team USA Archery took to the field as the sun beat down on the Stade Charlety.

The most decorated archer in World Cup history, Braden Gellenthien qualified 5th with a 711. “I shot pretty well. I had a rough end where I shot a 56, but other than that, I shot a 356 on the front half so I was definitely able to save that one bad end,” said Gellenthien. “The second half, I had a few hiccups in my form – something I need to work on – but overall I’m pretty confident and excited for the week.” A meager two points behind Gellenthien, Kris Schaff qualified 11th with a 709. “I shot a lot of good arrows that missed and a lot of not-so-great arrows that hit, so I can’t be too mad about it. With a good qualifying score, I’m a little bit happier about what’s next,” said Schaff.

The level of competition in Paris was incredibly tough, as the largest stage of the circuit this year welcomed top talent and great shooting conditions for today’s round. James Lutz qualified 23rd with a 703 and Tate Morgan is 38th with a 699.

The men’s team of Gellenthien, Schaff and Lutz is sitting strong, qualifying second behind Korea, who broke the USA’s hold on the team world record with a 2,137.

Linda Ochoa-Anderson qualified 11th  for the women with a 693. “I think I should’ve shot higher since the conditions were really good, but it wasn’t terrible so I think I’m going to keep holding my shots and working on them,” said Ochoa-Anderson. “I really like shooting teams, so I think that’s going to help me for the rest of the tournament.”

The women’s team of Ochoa-Anderson, Lexi Keller and Cassidy Cox sit 6th with Keller and Cox qualifying 23rd and 38th individually. In her world cup debut, Isabella Otter is 47th after today’s round.

Gellenthien and Ochoa-Anderson went to a single arrow shoot-off at the end of the day to seed 9th for the mixed team event. 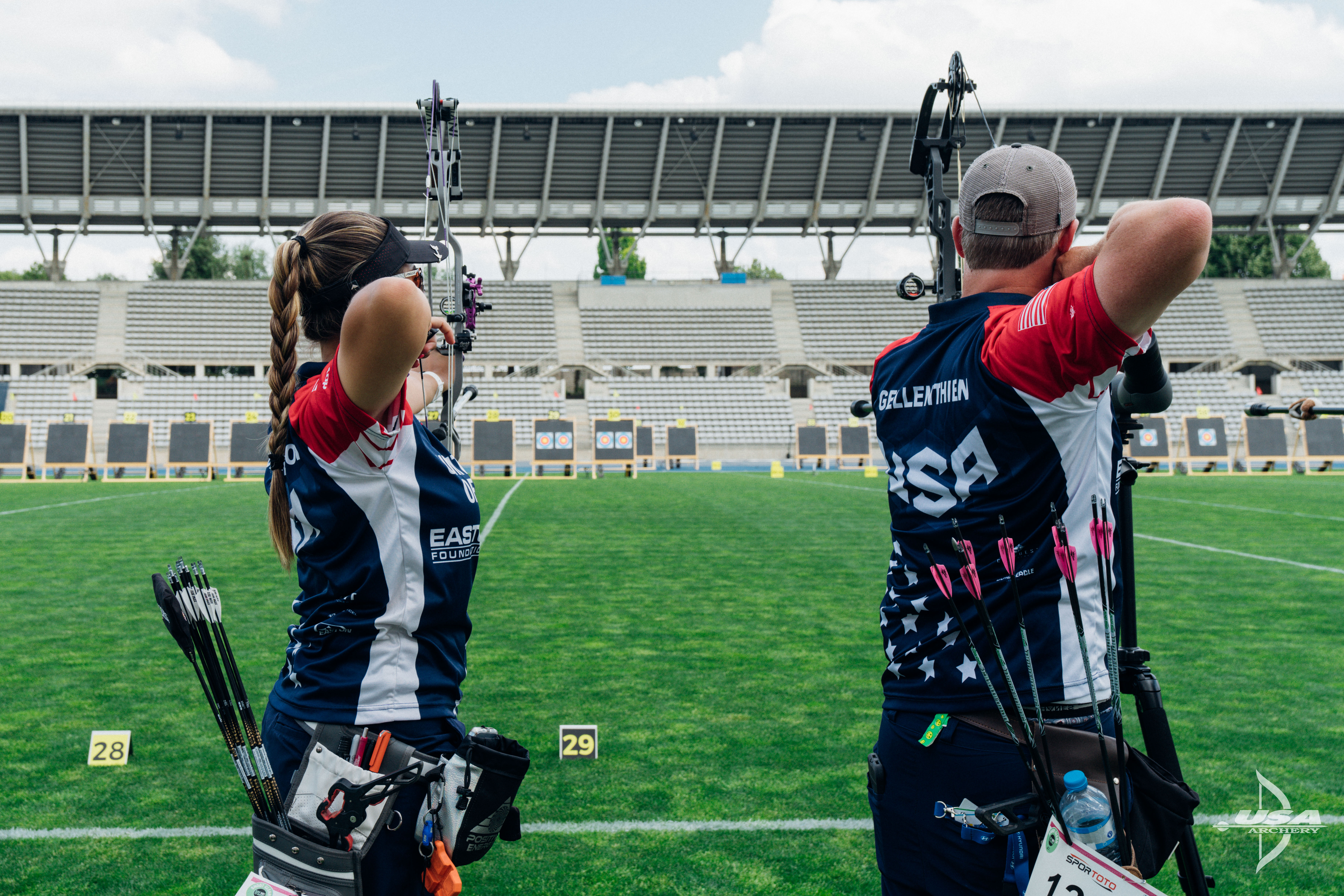 Results are available at archery.sport and photos are available on the USA Archery Smugmug. The competition continues tomorrow with the compound team matches through bronze in the morning and the qualification rounds for the recurve archers in the afternoon. The finals will stream live this weekend on the Olympic Channel.