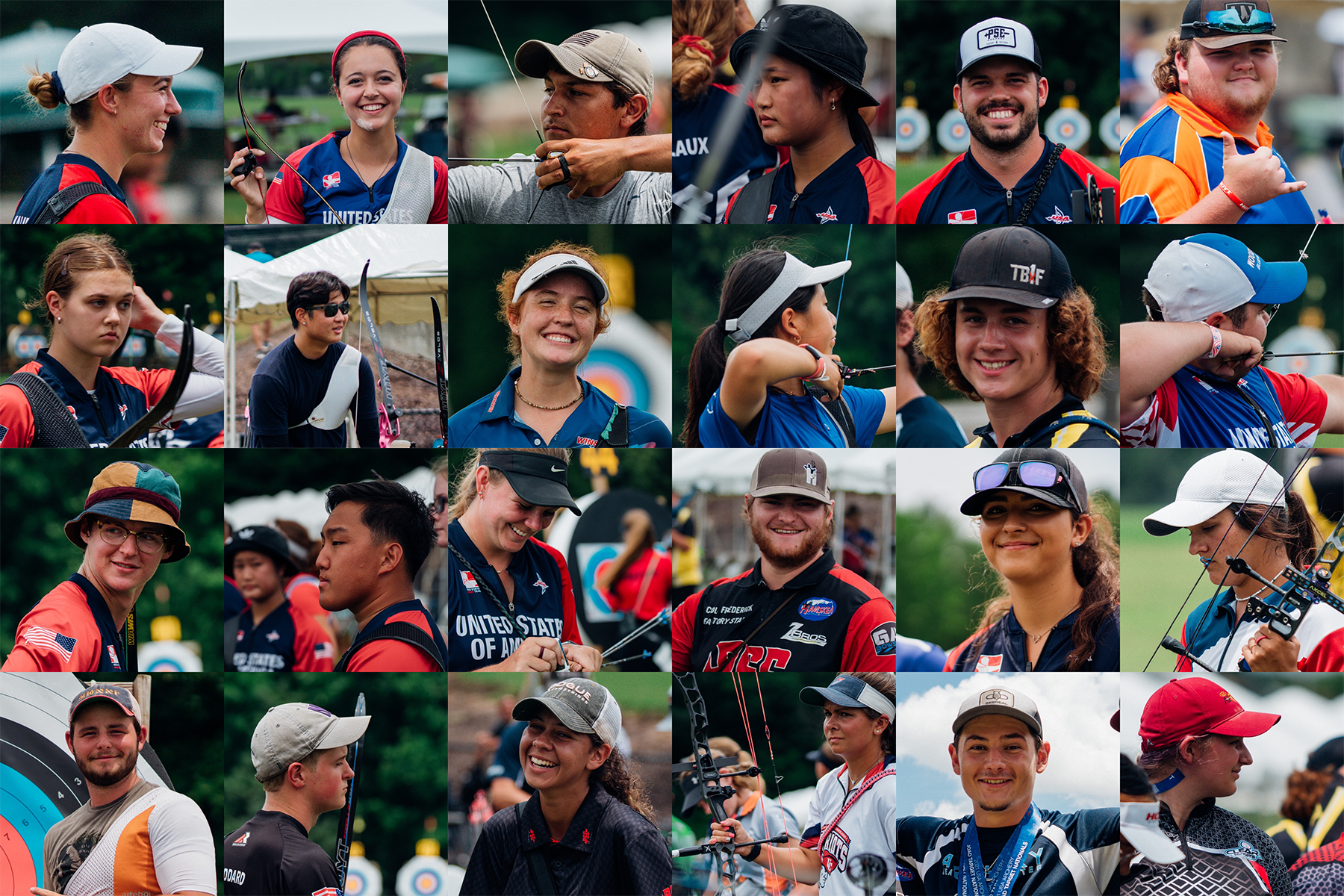 DECATUR, Alabama – The 2021 USA Archery JOAD Target Nationals qualification rounds began the U.S. Team Trials for the Junior Pan American Games and World Archery Youth Championships. After making cuts to the top eight archers in each category, top contenders advanced to round robin match play for each Trials event. Weather challenges continued throughout the events, but USA Archery is honored to present a strong lineup to represent Team USA on these important world stages.

The inaugural Junior Pan American Games will be held November 26-28 in Cali, Colombia. The U.S. earned quota spots to send one male and one female compound archer and two male and two female recurve archers to the Games. Makenna Proctor and Cole Frederick have been nominated to the compound spots, with Anna Scarbrough and Matthew Russell as the alternates.

The 2021 World Archery Youth Championships, August 9-15, in Wroclaw, Poland, welcome the top youth talent from around the globe. At the 2019 edition, USA’s compound teams swept all four gold medals.

For the junior men’s trio, Cooper French will return to defend the title alongside Cole Frederick and Matthew Russell, who was on the cadet champion team in Spain.

Sawyer Sullivan will also get a chance to defend the cadet team title, and after setting two world records in qualification, he’s also a contender for the individual title. Sawyer will compete alongside long-time top compound cadets Isaac Sullivan and Nathan Zimmerman.

Olympian Casey Kaufhold will be joined by Youth Olympian Catalina GNoriega and Isabella Frederick for the recurve junior women’s team, while Cowles, Scarboro and Joonsuh Oh will make up the men’s team. Kaufhold and Scarboro brought home mixed team silver as cadets in 2019, when Oh was also on the cadet squad.

Davis Beauvais, Andrew Yoo and Christian Stoddard, along with Emma Kim, who set a qualification world record in the Trials, Jordan Marie Meiners and Cham Chung will all make their major international debuts as the recurve cadet teams.

Competing at the World Archery Youth Championships is an incredible opportunity for these young archers to gain valuable international event experience, represent their nation to the world, and hopefully bring home some hardware! The Lancaster Archery Foundation has generously provided a grant to cover some of the expenses these athletes will face, and USA Archery is incredibly grateful for their support.