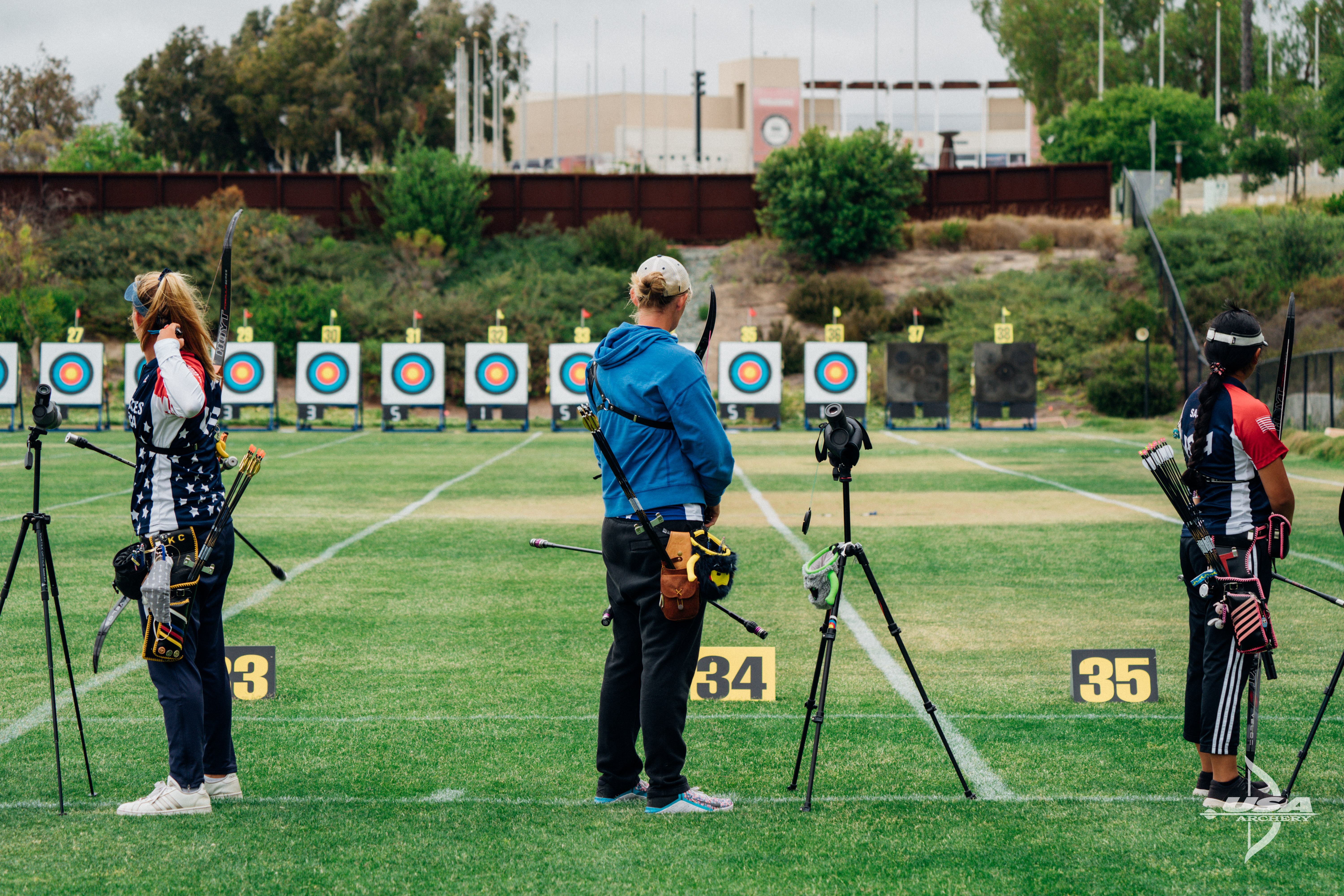 CHULA VISTA, California – It was a cold, gray and windy morning for the final day of 2021 World Archery Championships – U.S. Team Trials. After initial stages alongside Arizona Cup and Gator Cup, the SoCal Showdown venue hosted the final nomination shoot where USA Archery proudly selected a strong lineup to represent Team USA on home soil for the September 19-26 in Yankton, South Dakota.

At the end, points were tight for three of the four classes and it came down to final arrows to determine cuts amidst a very competitive field of impressive talents. The only group with clear division was the recurve women, where the USA’s top two nominees for this summer’s Tokyo Olympic Games, Mackenzie Brown and Casey Kaufhold ran away with the Trials points. 15-year-old Gabrielle Sasai was the third ranked standout and she will look to make her international debut in Yankton.

In her first season shooting as a senior, Sasai has already made the Arizona Cup podium and qualified well at all USAT events this season. “It hasn’t settled in yet, I know it’ll freak me out later,” shared Sasai on making the team. “It’s crazy, I’m on the team with the top two Olympic team members, and obviously I wasn’t old enough to compete in the Olympic trials for this year, but it’s cool getting to stand with them and I just want people to know that no matter your age, anyone in archery can do it, your age doesn’t justify your abilities at all.” 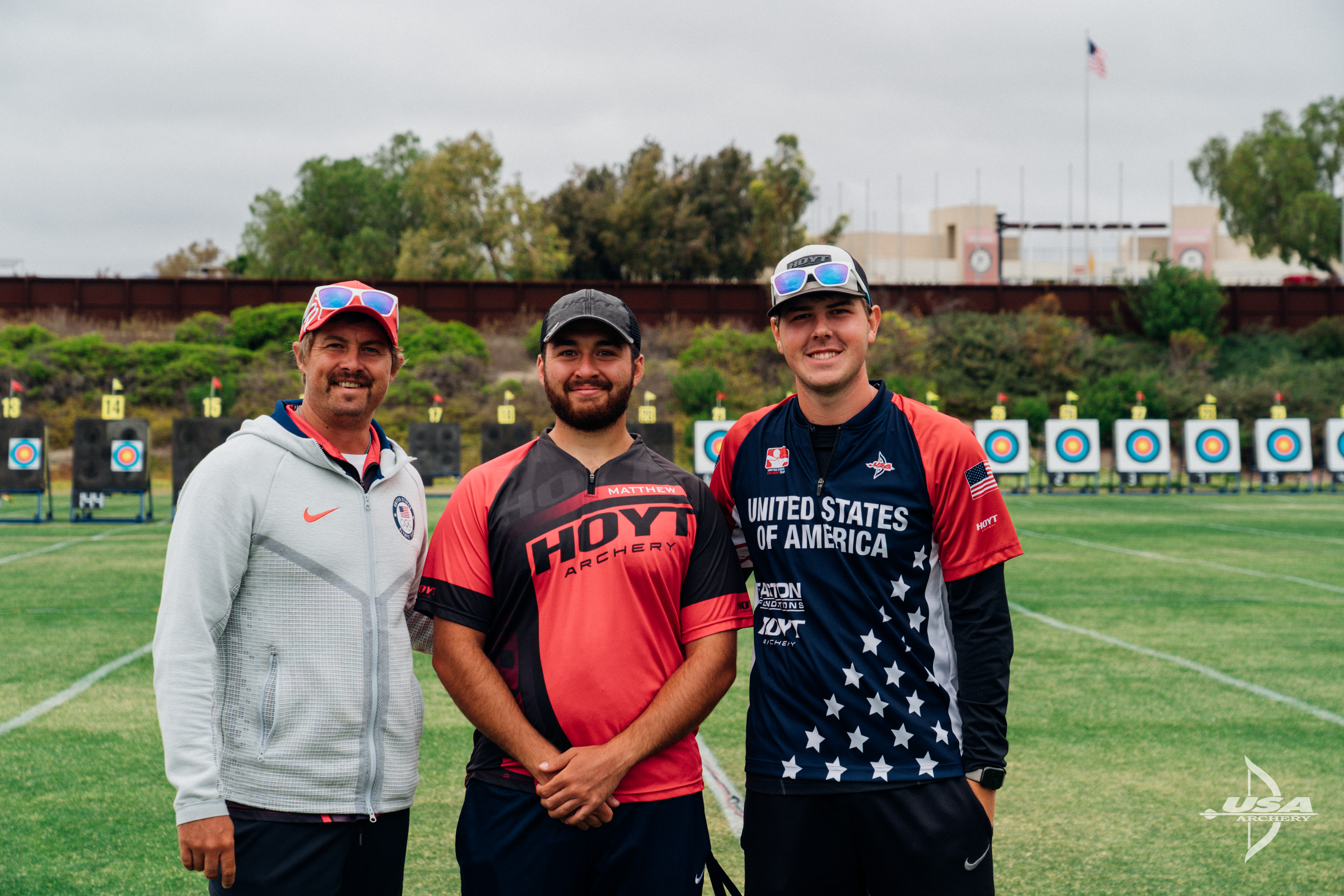 The recurve men’s lineup also features international standouts Brady Ellison and Jack Williams, who will be joined by Olympic team alternate Matthew Nofel. Ellison will look to defend his World title before shooting for his 6th World Cup Final Champion title in the same venue just days later, and with such a powerhouse trio, they should perform well in the team event too.

The USA compound teams are also as stacked with talent as ever. The compound men’s squad is the same as the 2019 team: reigning World Champion James Lutz, Kris Schaff and Braden Gellenthien. Heavily favored to win gold at the last edition, this is their chance for redemption on home turf, and each is a solid contender for individual podium finishes as well. “My main goal this season was just to shoot strong enough to make the team again,” shared Lutz. “I’m really excited to be the reigning World Champ in Yankton, my home country; I’m really looking forward to being there.”

World No. 1 Alexis Ruiz, reigning World silver medalist Paige Pearce and Linda Ochoa-Anderson will make up the compound women’s team. USA has won the team title in 1995, 2003 and 2011; Ruiz and Pearce were on the team that finished with silver this year, and they’ll be hungry for the gold in both individual and team events.

Ochoa-Anderson, who has a decorated career on the world stage for Mexico, has made an impressive debut on the U.S. team this season. “I knew coming into the Trials, that to make the U.S. team, it would be really hard, so that makes it even better and getting to represent the U.S. is going to be awesome,” commented Ochoa-Anderson.

Complete results from the Trials are available on Between Ends. View official photo coverage and follow USA Archery at www.usarchery.org for more.