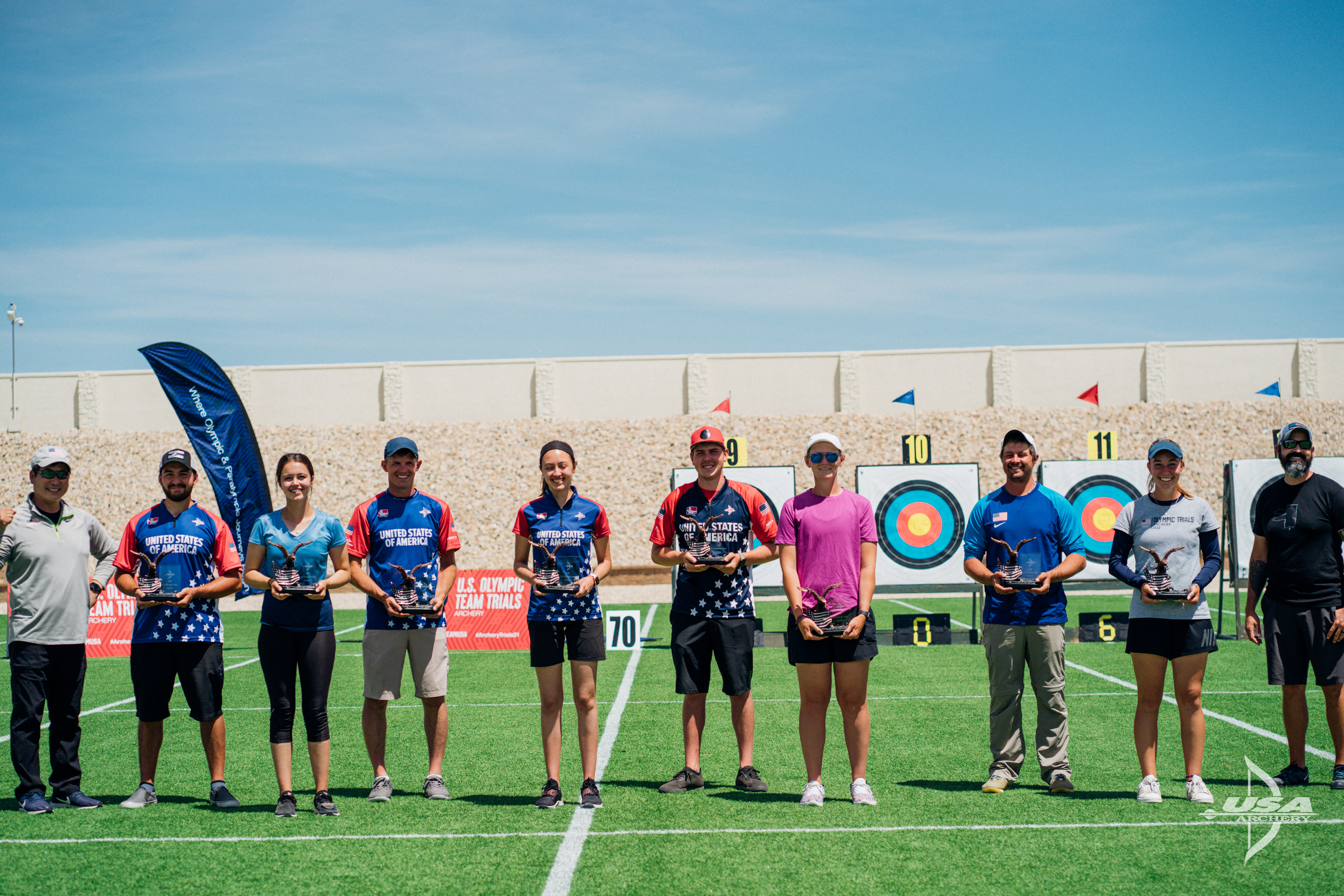 SALT LAKE CITY, Utah – After a long and grueling Trials process, USA Archery is pleased to nominate an incredibly strong lineup for the Tokyo 2020 Olympic Games. The Trials were designed to test archers’ talent, strength, resilience, endurance and mental toughness, putting competitors through a long series of qualification rounds, head to head matches, team round simulations while measuring scores throughout.

The U.S. has thus far qualified a spot for one man and one woman, guaranteeing spots in the individual and mixed team events. There will be one final chance to qualify full teams of three men and women in Paris later this month. World Champion, World No. 1, World Record holder and 5x World Cup Final Champion Brady Ellison led the Trials from day 1 in August 2019, all the way through the finish, sealing his spot at his fourth consecutive Games, where he’ll be in the hunt for his first individual tile. 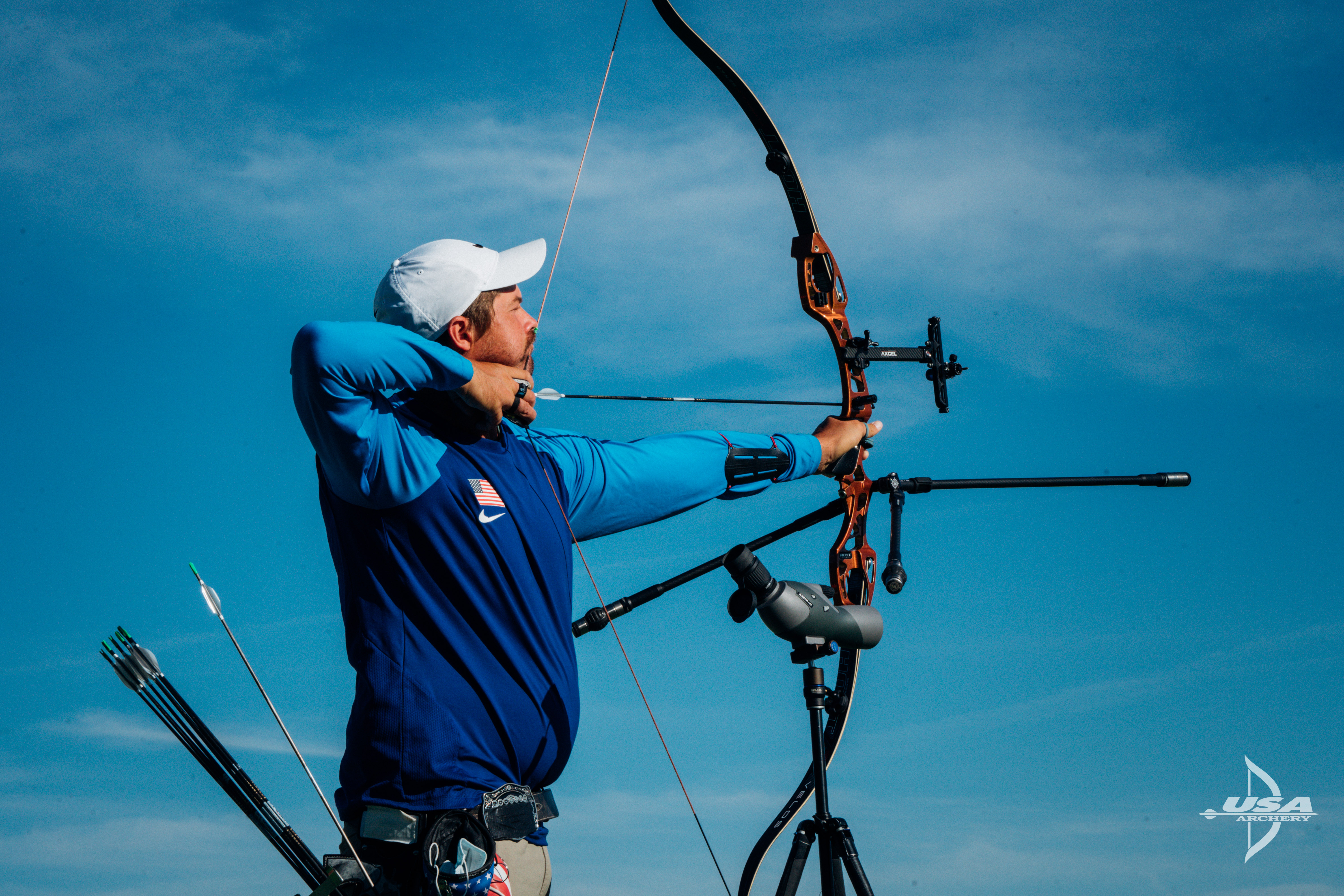 “It was a long, hard week, honestly,” Ellison commented on the Trials. “This is the first Trials I really struggled at. I had a bow break, got that re-going and then it was just trying to build trust back in my shot the rest of the week. I felt like I shot good the last few days, but the level of shooting today was just kind of insane. I don’t know if we’ve ever seen the type of arrow averages and the matches and stuff that we had today. I feel like I really, really shot my ass off and I couldn’t catch Nofel in the arrow average; I really only had like two mistakes today.  It was a really good Trials and I’m glad we got to complete them, and we’ll see where it all ends up.”

The men’s field was tight, especially at the top, and in the final day of competition, spots flip flopped often. However, it was Jack Williams, who has been No. 2 for most of the Trials, and has been in the top 10 in the world, who finished 2nd. 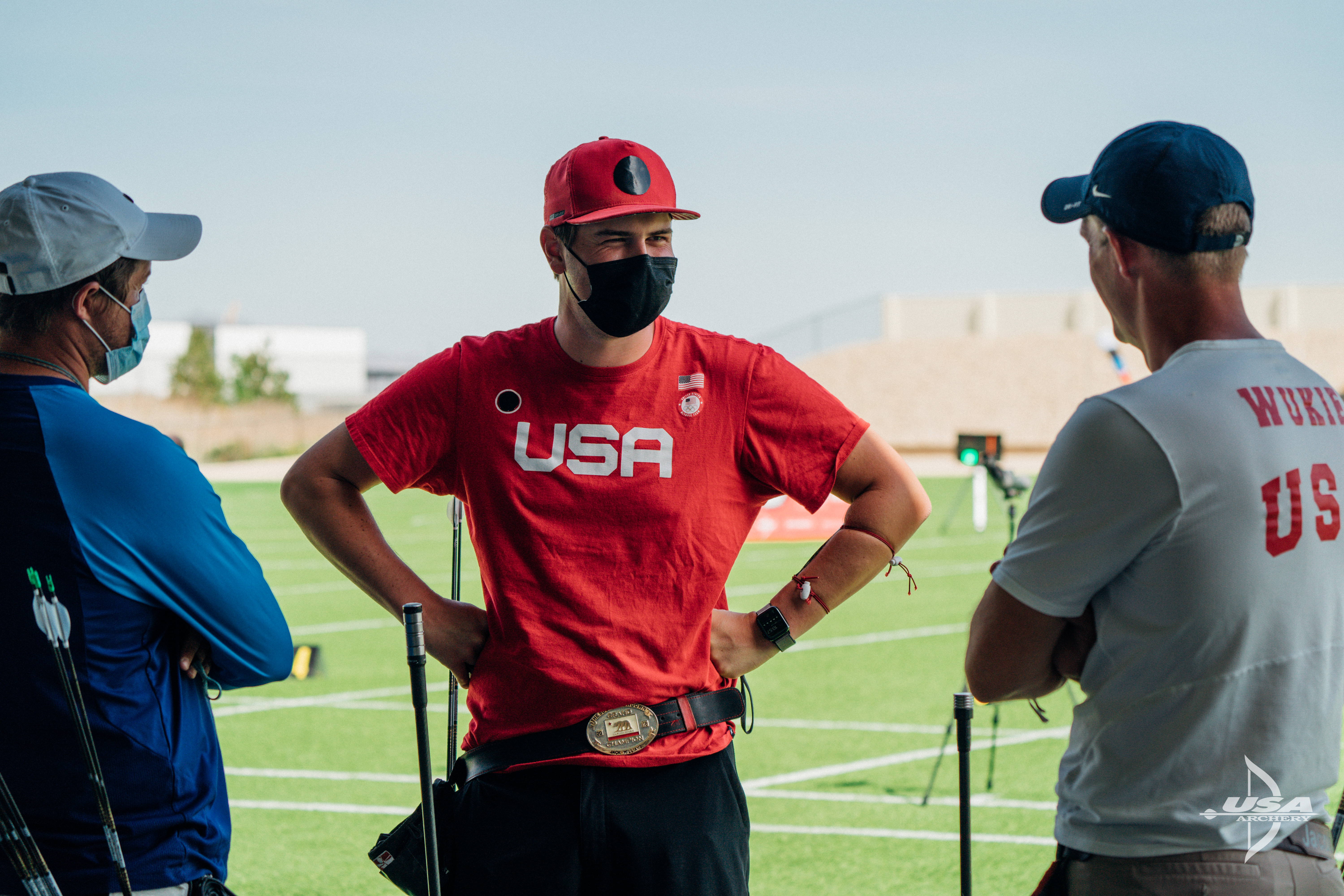 Williams shared: “I’m super excited that I’m on the team and get to go to Paris now and get our spots and then just keep carrying on and winning medals with this team; I know we can do it. This was the first team in a long time that all of us shot 680s in a competition, so that’s really big motivation. Both of them [Ellison and Wukie] have won [Olympic] medals and they have medals together, so it’s definitely comforting knowing that, yeah, I’m the fresh guy on the team, but I’ve been on the world cup team enough that I know how to compete internationally. I know the people that are going to be in Paris, I know what to expect and I know we’re capable of doing what we need to do.”

Jacob Wukie, who was part of the silver medal winning team at the London 2012 Games with Ellison, is back on the roster after a commanding performance, especially in the final two stages of the Trials.

“This is kind of surreal; it’s been such a process. To get to this point is pretty awesome,” commented Wukie. “To go through this whole process and have so many people shooting so well is a testament to all the work that Coach [KiSik] Lee has put into building this program up and then also a testament to the level of shooting that all of us are at right now. Going to Paris, we’re all really looking forward to that. Obviously, a competitive event over there but I think we’re pretty well prepared.” 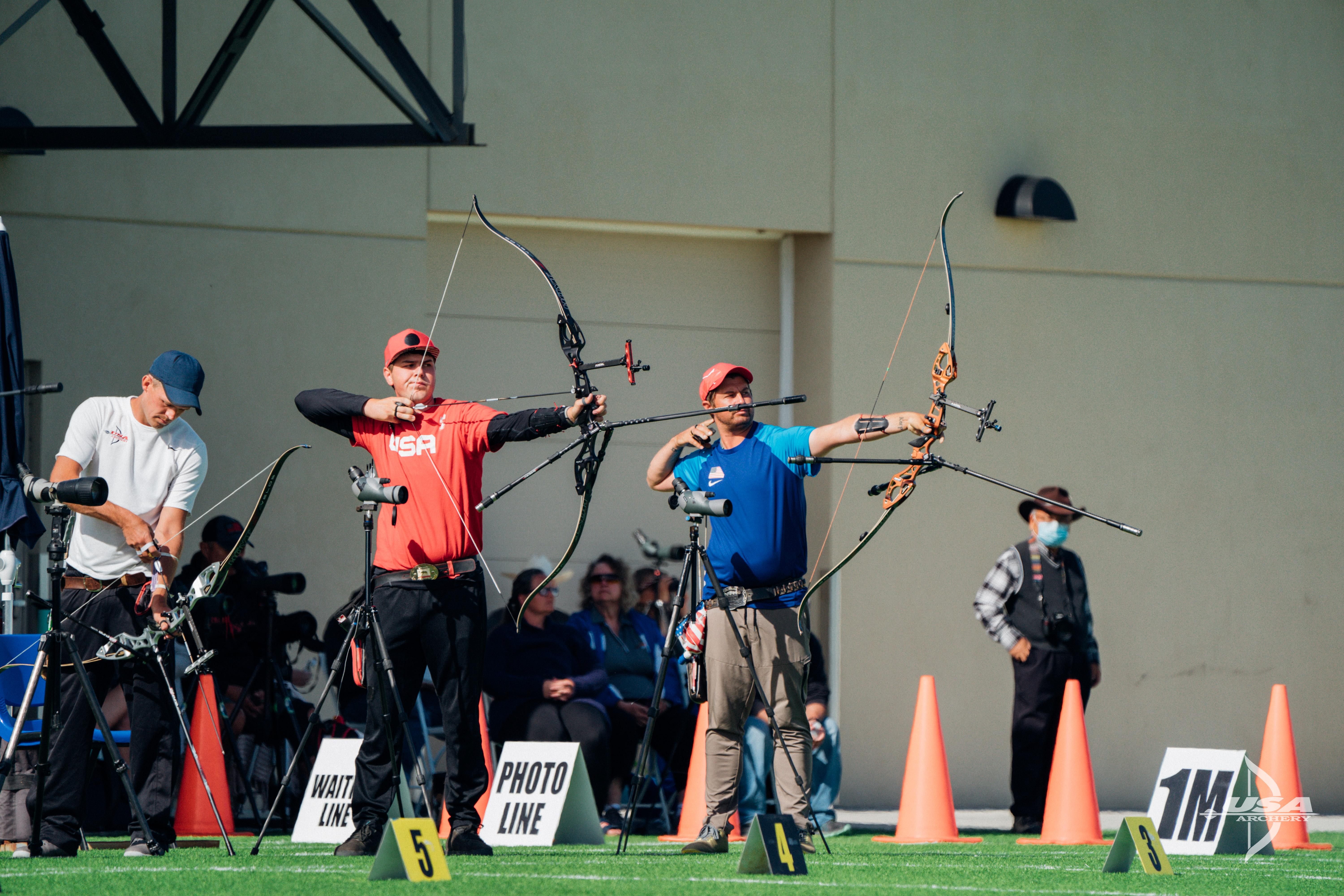 Ellison is also confident in his teammates: “Next step will be to go qualify teams. Me, Jack and Wukie will be a really, really strong team. Wukie is one of the few people in the U.S. who has ever shot above a 680, you know, I think there’s only maybe 4 of us [including Williams], and I’ve trained with him for a lot of years. I know the kind of work he puts in and I know his base. For him to come and start shooting this good this Trials, by the time we get to Paris, I think we’ll have a good chance for getting our team spots and I also think we’ll have a medal contending team at the Games.” 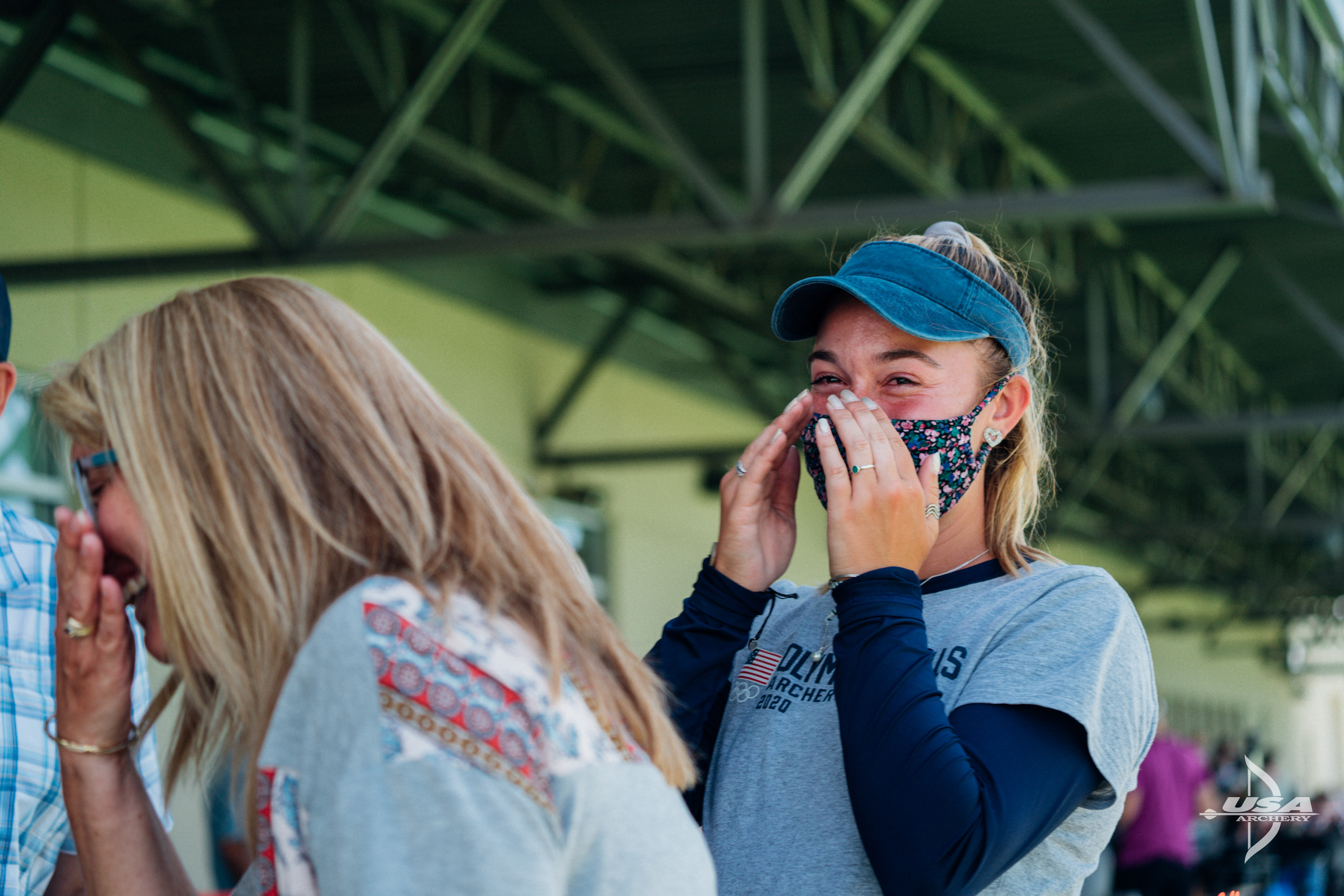 The women’s lineup holds much less experience, but just as much talent. 17-year old Casey Kaufhold has punched her ticket to Tokyo in what will be her first Games. The emotional teen phenom, who set two world records during this week’s Trials, shared through tears: “I don’t really know what to say. I came into today wanting to stay in my own bubble with my coach and my parents. All my arrows, I couldn’t have had better feeling shots the whole day, like when the string came off my fingers, I knew they were in and it’s a really good feeling. I’m really happy I just kept all the emotions together for the last day and hard work paid off.

“It’s been a goal for me to go to the Olympics since I was little, so dreams really do come true,” smiled Kaufhold.

Finishing third for the women, 18-year old Jennifer Mucino-Fernandez also shed a few tears in celebration with her family. Mucino-Fernandez is coached by her mother, and the two learned the sport largely on their own; this will be the door to her first international competition experience as a senior. 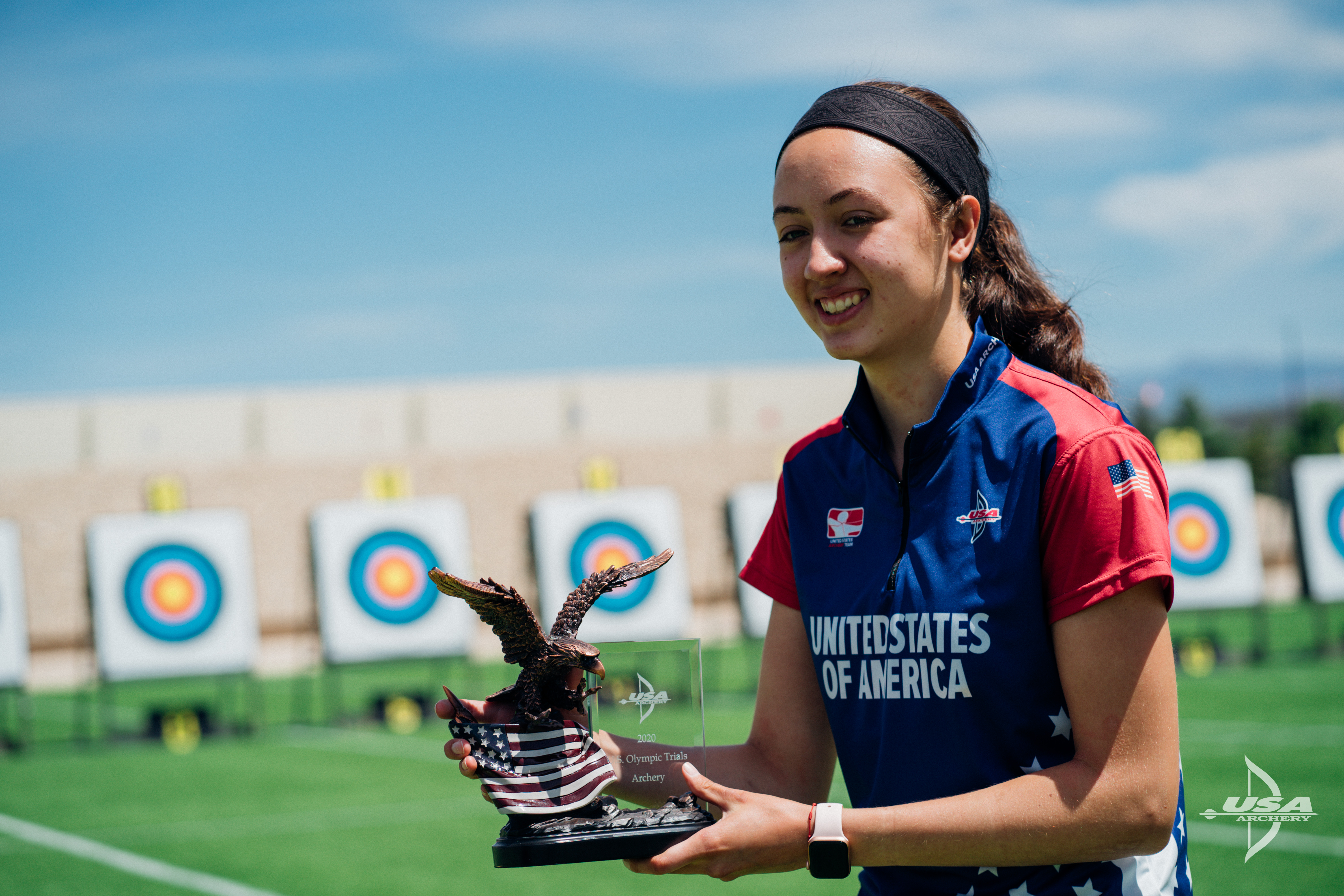 “It feels really good,” shared Mucino-Fernandez. “In the last moments I was really nervous Catalina [GNoriega] was going to catch me but it is satisfying to be in the top three after all the work I’ve done. I think we have a lot of work to do to get ready for Paris, so I’m trying to prepare to make our team as strong as possible so we can earn our spots so all three of us can compete in Tokyo.” 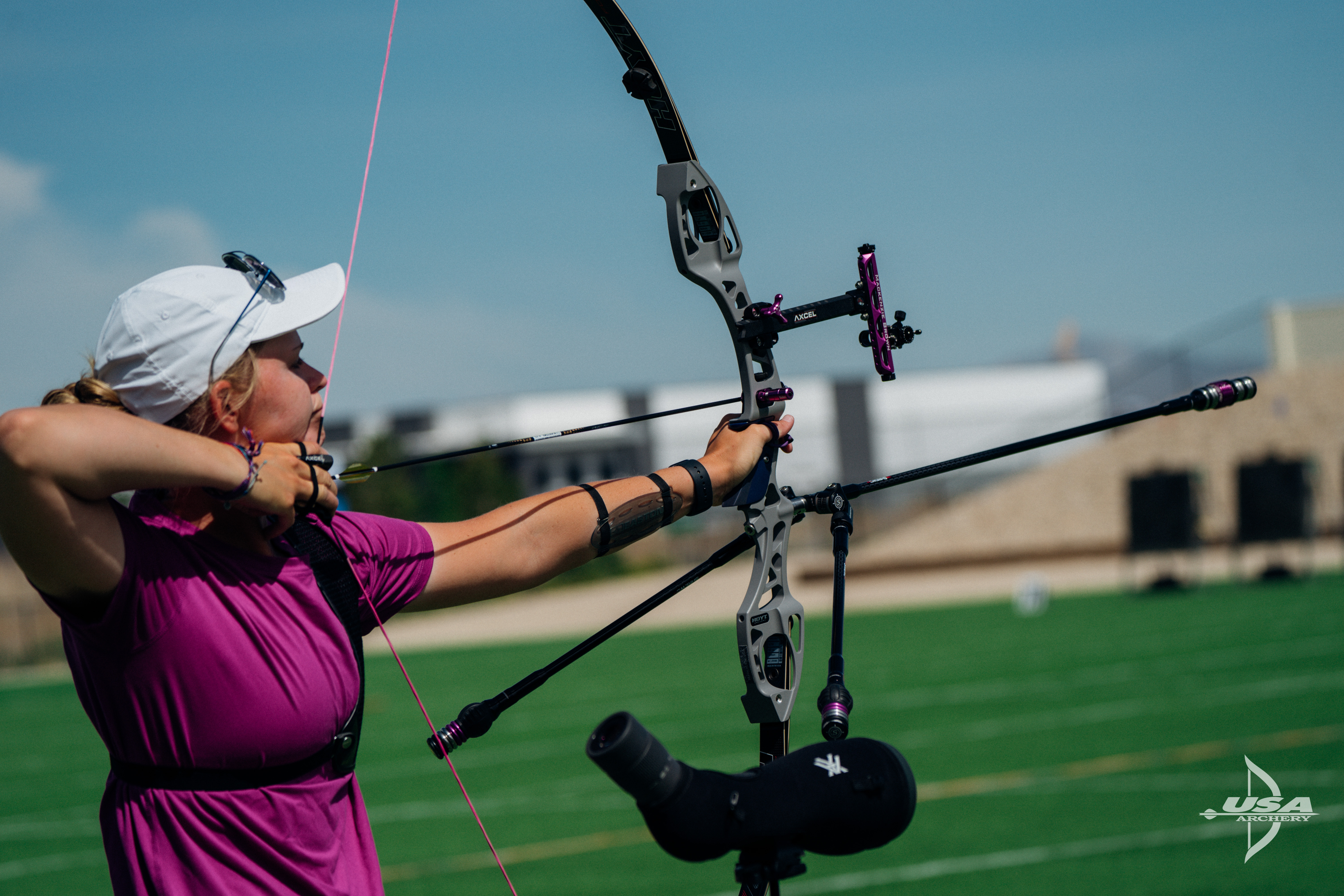 Mackenzie Brown was the sole woman to represent the U.S. in archery at the Rio 2016 Games, and already taking on a leadership role among her younger teammates, she will bring that experience and a strong desire to qualify a full team to preparations for Paris: “I feel really good about qualifying a team. This the most confident I’ve felt about a team in a long time so I’m really excited about that. I think my Trials experience was really good; I did what I came out here to do, just be consistent and trust my process and I did that really well.”

Matthew Nofel, who clinched the men's highest arrow average in the Trials today, (where all but two archers were scoring at least a 27.5 three arrow average), is nominated as the Alternate along with Youth Olympian Catalina GNoriega.

View results from the Trials and the final standings. Photo coverage is available here and check out USA Archery’s Facebook, Instagram and Twitter for more from the event.