After a cut to the top 8 archers headed into the final nomination shoot today, trials participants shot a 72-arrow round, and then competed in round robin match play. 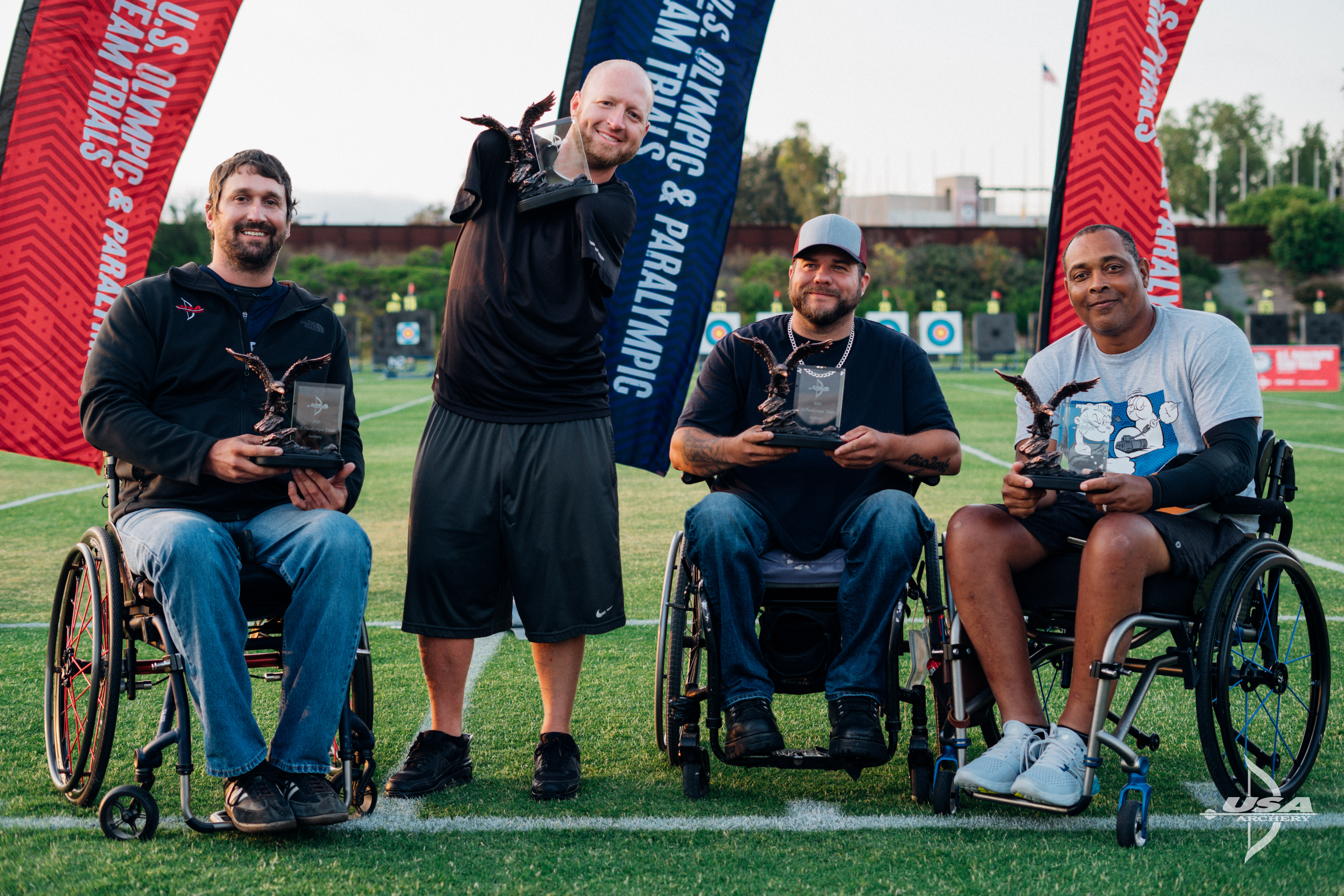 Matt Stutzman, the Armless Archer, smashed the double 50m round over the first two stages of Trials with a 1398, more than 20 points above the previous record, before going on to win the Trials outright and lock up the first spot for the Games.

“This is the best Trials for me; I am very close to my goal body weight and composition, and I wanted to set a world record and shoot a 700; I did both of those. I also wanted to get all the points possible and I missed it by one; I lost in a one-arrow shoot off to [Jeff] Sena. He shot a spider and I shot a 10, which is amazing. I’m feeling good, I got a whole new release built that teaches me proper form and I can’t be more happy really; I don’t know whether to jump, clap, whatever.”

The U.S. is the only nation that will send three compound men open archers to Tokyo as the country with the reigning world champion. 2019 World Champion Ben Thompson, 2016 Paralympic Champion Andre Shelby and KJ Polish were in a tight race to the finish for the remaining two spots, coming down to a final shoot off match between Shelby and Polish, who finished second and third with Thompson as the alternate. 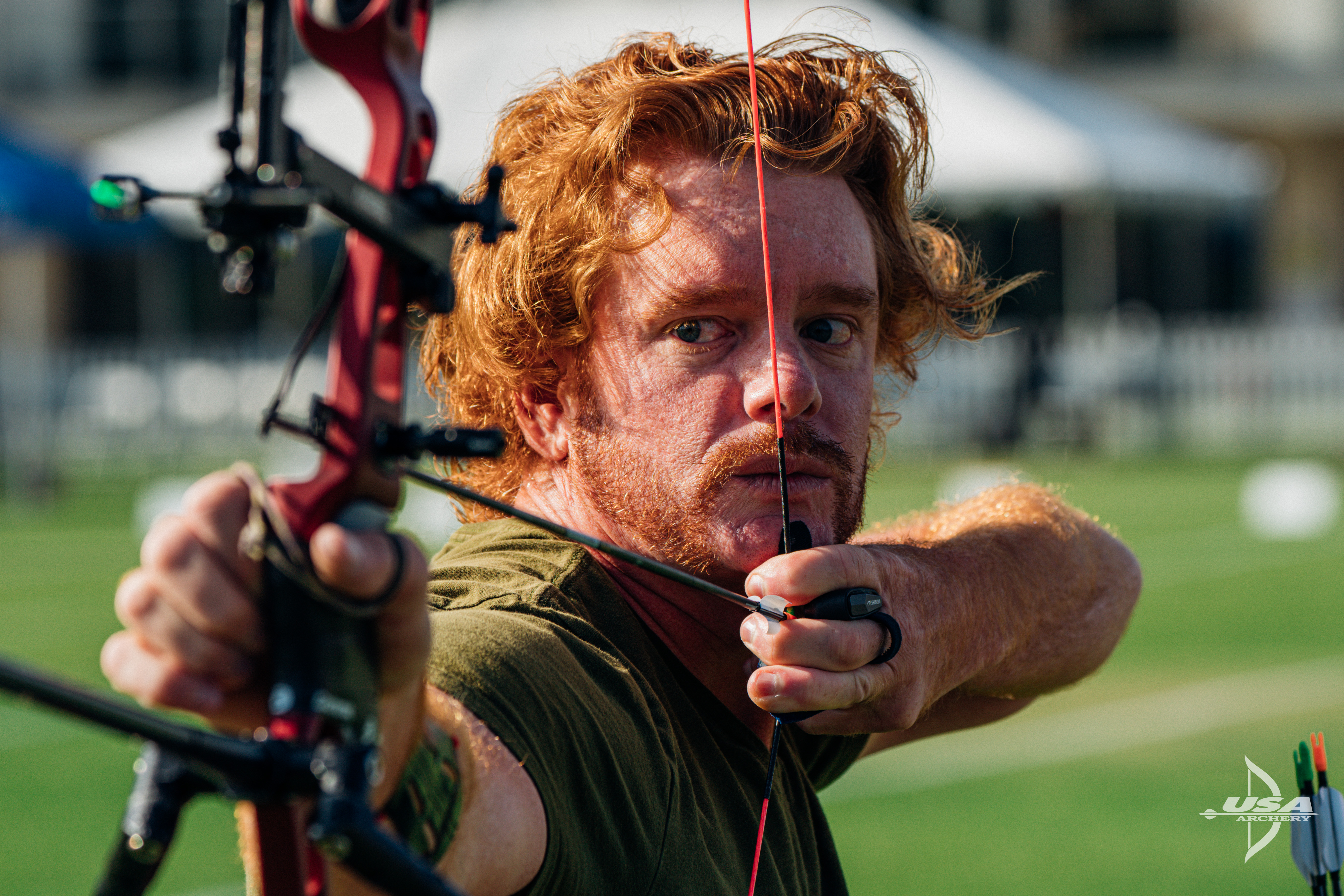 The recurve men’s open division was the second largest and most competitive bracket, fighting for two slots for Tokyo. Kevin Mather jumped into first with a strong performance today and will shoot alongside now 4-time Paralympian and reigning World silver medalist and team world champion Eric Bennett. Timothy Palumbo is the recurve men’s open alternate.

Bennett, who has competed in the Games with both recurve and compound is hungry for a Paralympic podium finish: “Today was extremely bittersweet because I felt very prepared and ready to dominate, and I shot pretty poorly to be honest,” he commented. “I had a commanding lead coming into this and managed to finish second, so I’m going to Tokyo and I’m excited about that and I’m happy about that, but I have work to do. I want to win gold, absolutely. It’s my gold medal and I’m going to get it.” 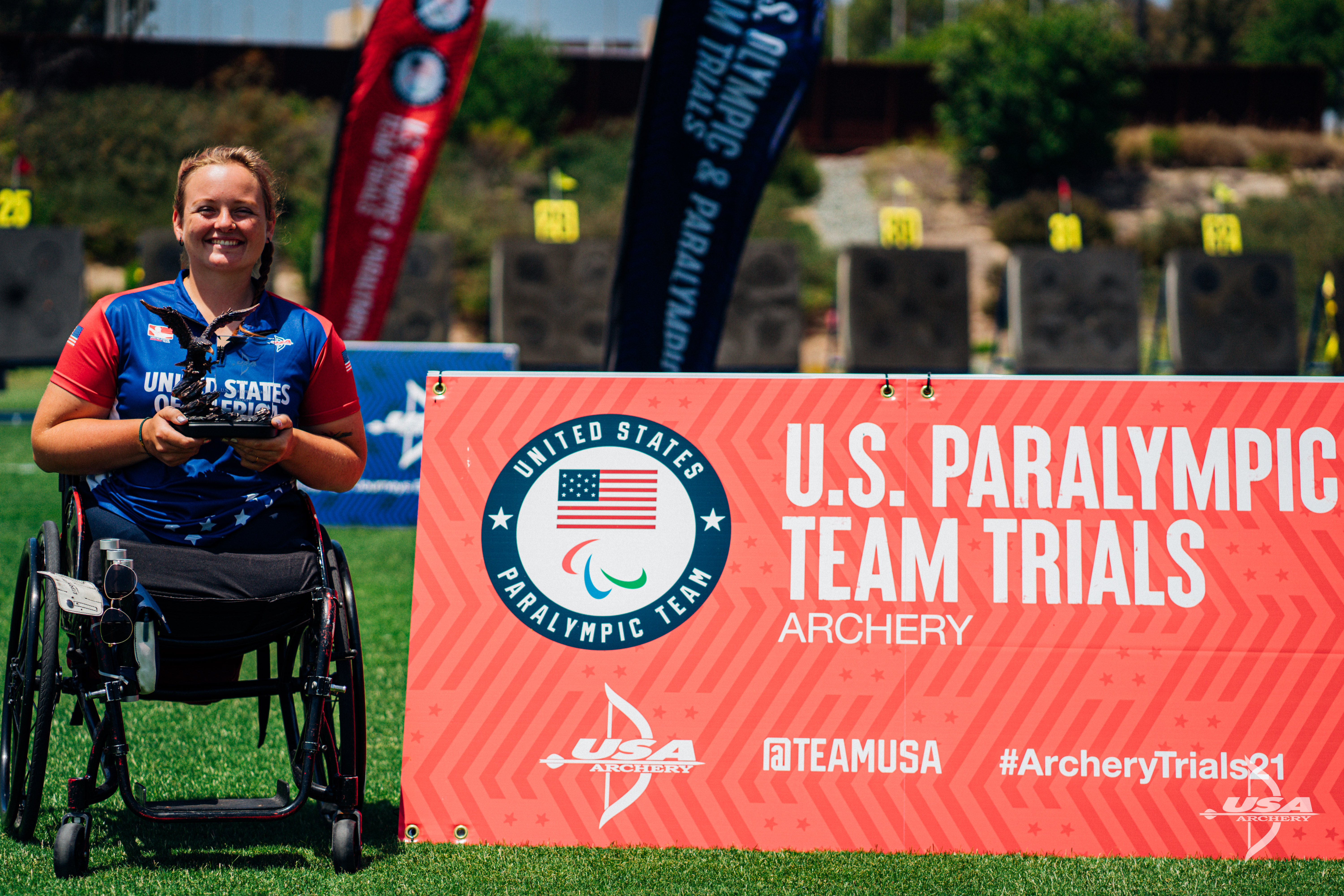 Emma Rose Ravish, who began competing just two years ago, has had an impressive run in such a short time. From qualifying for the world team at her first tournament, to earning the U.S. quota spot and breaking national records along the way, Ravish, the youngest member of the para team, is now the most successful recurve women open archer in U.S. history and she will represent Team USA in Tokyo.

“The Trials was definitely a test on my mental game,” shared Ravish. “The mental strength that it takes to get through Trials has been an incredible lesson to learn and I’m very grateful for all my support systems and the people in my life that have given me the ability to have that mental toughness.”

Ravish added: “Going to the Paralympics means more to me than I can even put into words. The last time I was on a competition field, I was here [at the Chula Vista Elite Athlete Training Center] and my grandma had just passed, and so this tournament changes this from a place that brings back painful and bittersweet memories to something that’s now and forever where I earned my spot for Tokyo.” 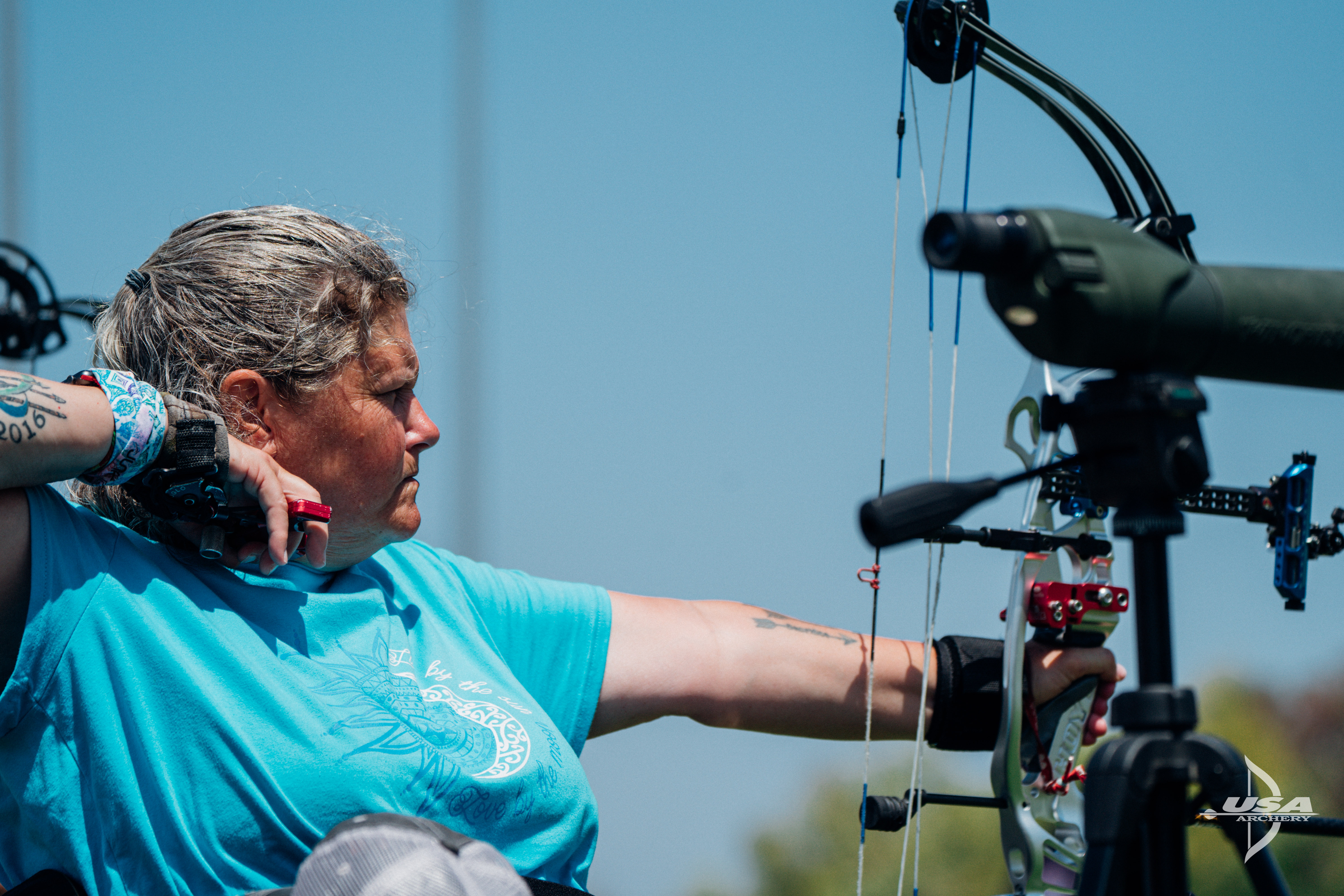 Also emotional about being named to the team, W1 archer Lia Coryell shared: “It’s really, really exciting. There were several times in there that I wasn’t sure that I would be here or would be capable of shooting again and that didn’t happen so when I was really sick or really down, it was my team that brought me up and I can’t thank them enough for having my back. I’m excited to be there and bring some closure to my archery career. We’re a very close team and I know we’ll all be there, very present in mind, body and spirit; I’m really excited.”

On looking forward to her second Games, Coryell added: “I know Tokyo won’t really look the same [as other Games] but here’s the silver lining of that: no body in my family would ever have enough money to go to Tokyo even if they could, but because they can’t go to Tokyo, they’re going to televise it. So, for the first time, people like my family, the poorer people, will actually be able to see me compete.”

The U.S. has one final chance to qualify a compound women’s open spot for Tokyo, which, if earned, will be filled by Wendy Gardner, with Martha Chavez as the alternate.